And then there were three...

A quick update -- I was packing up the Arducorder to ship off to @Mike Szczys for the Hackaday Prize booth at SXSW, and thought I'd snap a picture of it fitting snugly in it's new instrument case and shipping enclosure. I hope the folks at SXSW enjoy it, and all the other finalist projects from 2014! 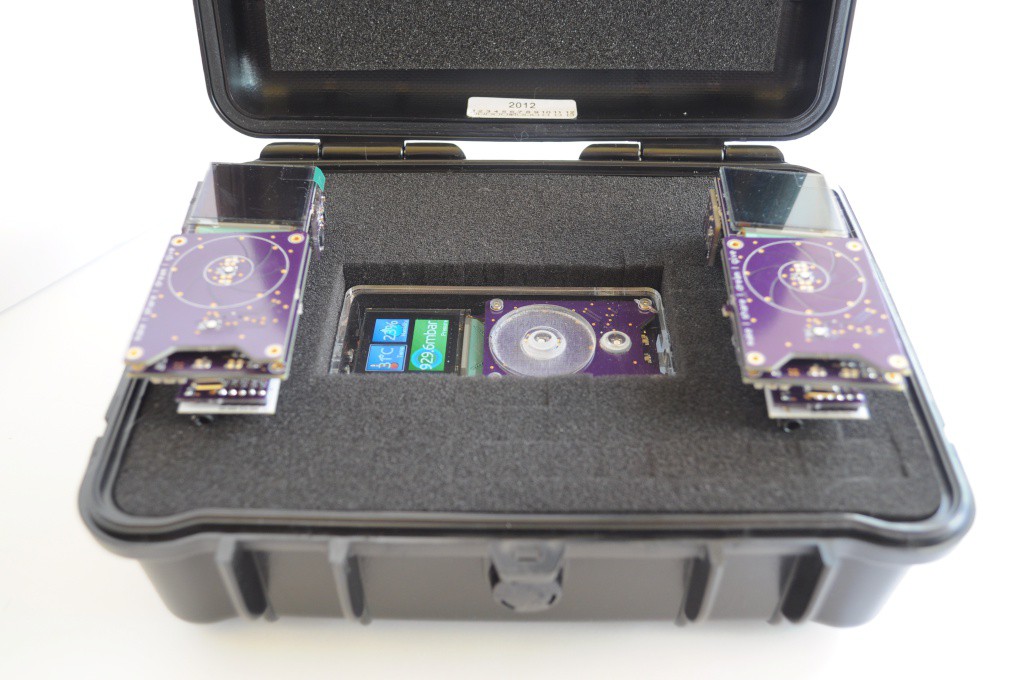 The other exciting news is that I've /finally/ completed two more Arducorders, with the exception of their enclosures. The original enclosure had some specially machined standoffs inside, and so I'm hoping to put together a slightly modified enclosure with entirely off-the-shelf hardware later this week. Each Arducorder has 7 double-sided PCBs totalling about 200 components, and takes me the equivalent of four full days to assemble (this work is really intended for pick-and-place machines), so it's really incredible to see them when they're finished.

One of these -- the second one made -- is going to my very excited father, who helped teach me to make, build, solder, and learn from a very young age. I've been tinkering with developing a science tricorder-like device with everything on my sensor wishlist for nearly ten years, and have always said that the second one off the line would be very warmly given to him, as thanks for helping show me the joy of being a scientist, and being a wonderful and supportive dad.

Developing a complete, modern open source science tricorder-like device has been on my bucket list for a long while, and the Hackaday prize helped me reformulate the project into something tractable enough that it could be designed and built in five months, capable enough that I could include exciting new sensors like micro-spectrometers and high energy particle detectors, and elegant enough that it could make both myself (and, a panel of judges) happy to carry it around in one's pocket. I'm sure like all the other finalists, the last three months were incredibly intense, and between the lab at school and my Arducorder building I was putting in 12 to 16 hour days, every day. I was desperately scared of being knocked out of the competition after the semifinals -- not because I wanted to win, but because I wanted to finish, I knew it would take until the end of October to get there, and I had been pushing myself so hard for so long that I'd likely have collapsed and slept for a week were I knocked out, and lost some steam. I'm extremely grateful that things worked out the way they did, and that the Arducorder is a real, working device that sits on my desk, and has a complete set of plans for folks to build their own, improve upon the design, or use aspects of it for their own projects.

With the Hackaday Prize 2015 launched today, I'm very excited to see what folks will come up with to help change the world, and make it a better place. I'd like to thank the folks at SupplyFrame for putting this incredible competition together, and helping me make the Arducorder possible. The first three Arducorders that I've built are complete, and they look beautiful. I'd vastly underestimated the time that it would take me to assemble them -- each unit likely has somewhere around 80 hours in it, which is more than double what I was expecting. For those building their own, don't forget that the driver for the touch wheel has a noise threshold that may need to be calibrated for each unit. 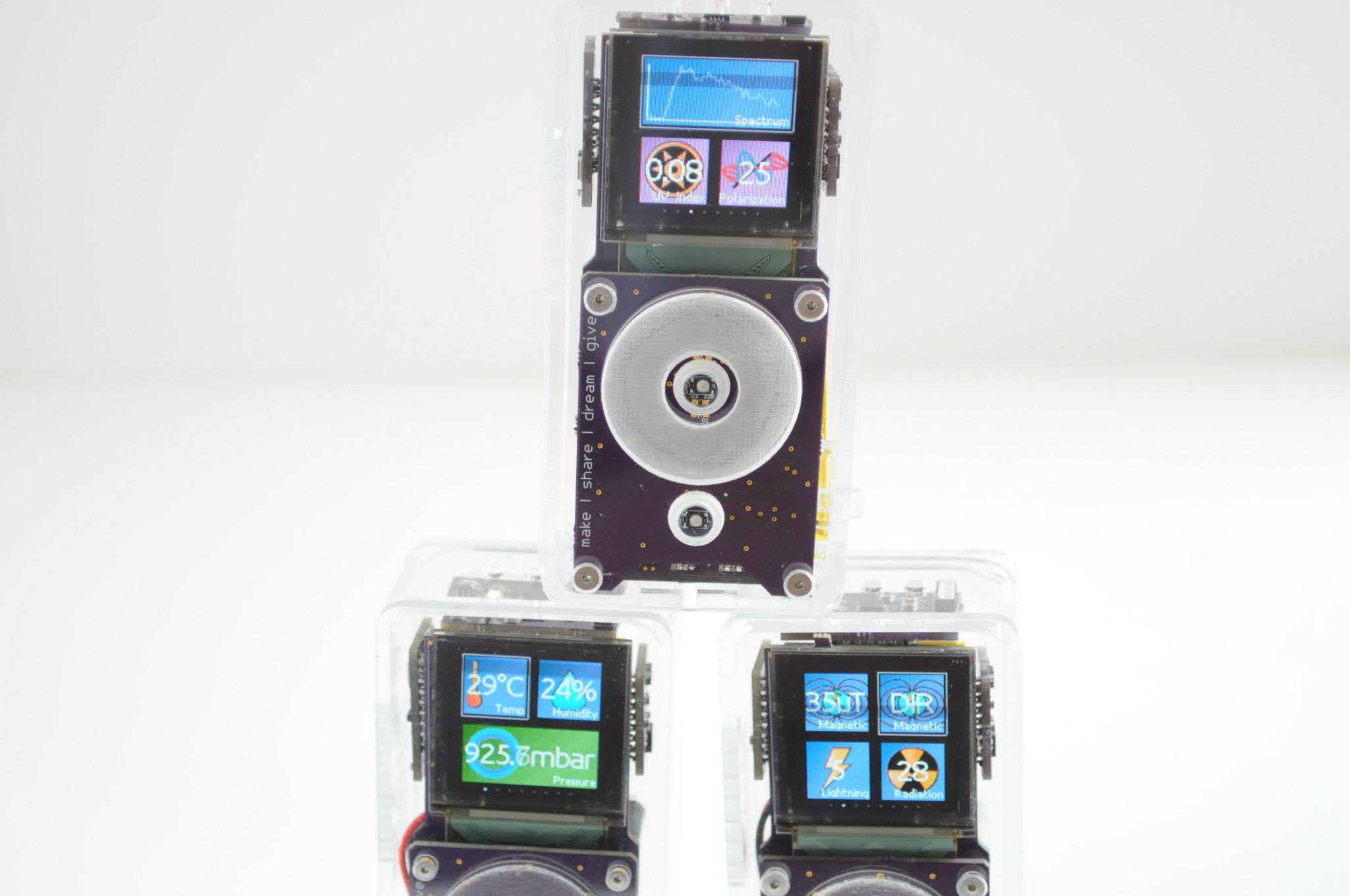 They fit perfectly into a Pelican 1120 case, which are very compact travel cases with plenty of room for extras, like USB drives with firmware. 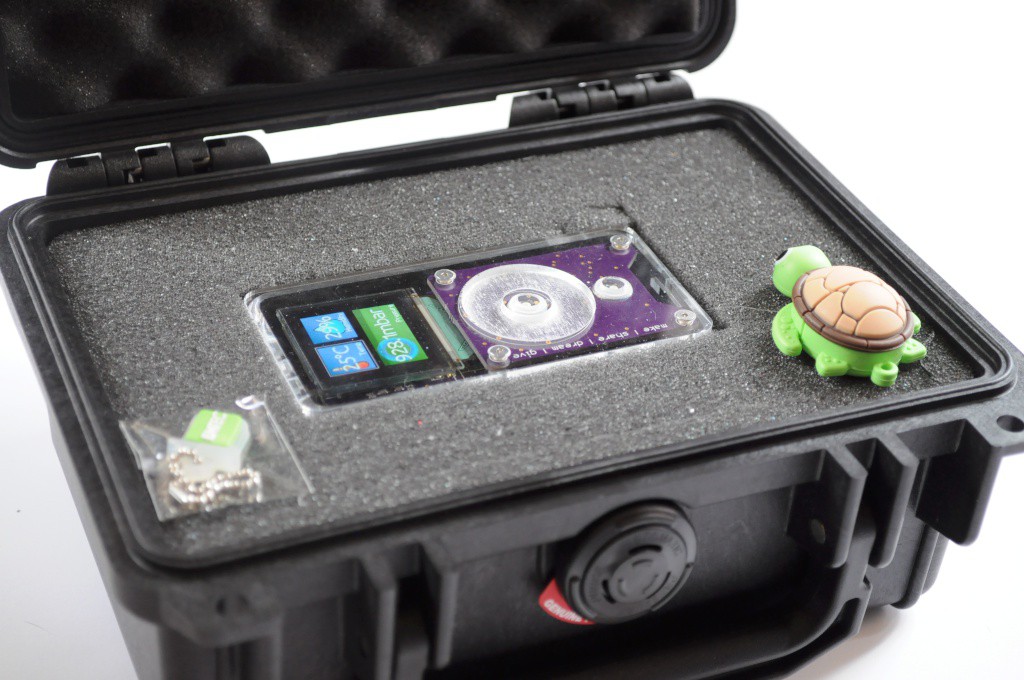 Spectrometer Group Buy, and see the Arducorder at CES!

Thanks for sending the Arducorder for the Hackaday display at SXSW.  I got to play around with it for a few minutes and I was really impressed. Great job!

Thanks!  I'm glad you liked it.  Hopefully we'll start to see more out in the wild.  I've not heard from anyone who has built their own Arducorder (or even a partial device) yet, but at least plenty of folks seem to be respinning some of the designs around the spectrometer and radiation sensors.

I'm fairly excited to see your Arducorder multiply!  You should have built an ArduReplicator First ;)