An Intuitive and Compact Device That Helps the Visually Impaired Learn Braille.

Twenty Finalists of the 2019 Hackaday Prize

An Intuitive and Compact Device That Helps the Visually Impaired Learn Braille.

One reason for this trend is the lack of access to a Braille education. There are far fewer Braille teachers in America compare to the number of visually impaired students.

According to the National Federation of the Blind, "There is a chronic shortage of teachers who are qualified to teach Braille. It was reported in 2003 that there were approximately 6,700 fulltime teachers of blind students serving approximately 93,600 students"

Another reason for this trend can be traced to the advancement and availability of personal audio player and text-to-speech technology, which eliminated the need for the visually impaired to understand Braille in order to gather information. While audio gives student information, it doesn't teach them reading and writing skills, such as grammar, spelling, and composition, all of which are essential to literacy.

“Audio can give you information, but it can’t give you literacy,” said Chris Danielsen, a member of the National Federation of the Blind.

According to Jim Marks, a board member of the Association on Higher Education and Disability, "We stopped teaching our nation’s blind children how to read and write."

Knobo also uses audio technology to aid Braille learning instead of harming it.

How it works (Read Braille)

Knobo is compatible with JAWS, Voiceover (Mac), and Narrator (Windows).

No device driver is needed to use Knobo. The user can start using Knobo immediately after connecting it to the computer using a standard USB cable.

The six black keys on the right side of Knobo resembles the six dot cell in the Braille System. To check a letter, the user would simply press down all the dots present in that letter, and the user would recieve immediate audio feedback on what that letter is.

With Knobo, visually imparied students can now practice Braille at home without the presence of a Braille instructor. It may even allow those who don't have access to a Braille class to learn Braille independently.

How it works (Write Braille)

*This is still a work in progress* 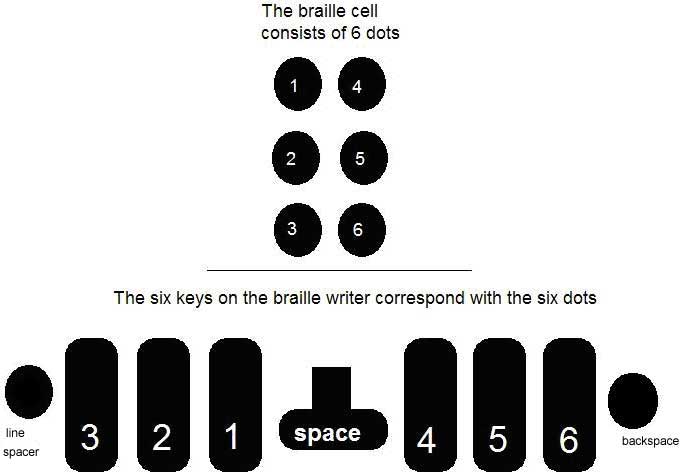 The new version of Knobo will have a hinge that will allow the device to rotate, which will convert the key layout similar to the ones on a Braille writer This will help student transition from using the standard Braille cell to typing on on a Braille embosser or Braille keyboard.

The two silver keys are the "special" keys, and they each have a unique grove on them so that a person that is visually impaired can differentiate them from the black keys. They each have a long press output in addition to the short press.

The knob is used to navegate through and read out texts. It can be switch between 2 modes: scroll though one word at a time or one letter at a times. To switch mode, press down on the knob.

May I ask you if you 'closed' the source of your projects, at least this one Knobo?

The link to the github page is broken, is that normal?

Sorry for the late reply, the link should be fixed now.

Looks pretty cool I always wanted something like this, might still the idea. Though I have to ask, USB mini-b ? 😁

I choose USB mini-b because it's easier to solder by hand.

3.7k 68 33
Communication platform: Text can be felt, as it is expressed
Project Owner Contributor

10.5k 65 87
A keyboard accessory for a smartphone for training, and typing in braille
Project Owner Contributor