A smart foam football that tracks your throws

My team and I cut a Nerf football in half, stuck a WiFi-enabled microcontroller and some accelerometers inside, and wrote some inertial-navigation code to track throw distance and spin rate.

This was our final project for Physics 4AL: Mechanics Laboratory.

We started the project by slicing the body of a Nerf Vortex foam football in half with a box-cutter. We chose this particular football because it was cheap, stable during flight (due to the dart-shaped tail) and easy to mount electronics in. The ball had three whistles mounted along its perimeter; we removed one to make room for the electronics.

We mounted one of the accelerometers along the axis of rotation, taking great care to place the accelerometer chip as close as possible to the spin axis. This was our axial accelerometer, which would be unaffected by centripetal acceleration during flight (at least in theory).

Next, using the angle at which we threw the football (with respect to the horizontal) we calculated the horizontal component of the ball's velocity:

and integrated it once more, from time of release to time of catch.

This double-integration is a direct application of the fundamental theorem of calculus to bring us from the realm of accelerations (measured in meters per second per second) to the realm of distances (measured in meters). The accuracy of this method is severely limited in the long run, as any errors in the accelerometer readouts tend to be magnified over time and result in greater and greater drift in the absence of absolute positioning data. However, this dead-reckoning method can be decently accurate -- most ICBM's rely on precise accelerometers and gyroscopes to calculate their location and bomb the right targets!

The other accelerometer was mounted two centimeters away from the spin axis in the widest part of the ball, normal to its surface. This was our radial accelerometer, which would experience a great deal of centripetal acceleration during flight.

Using the angular acceleration and radius of rotation (the radial accelerometer spins in a four-centimeter-wide circle) we calculated the linear velocity of how fast the ball spun:

Finally, we divided the linear velocity by the radius to determine the angular velocity of the football. 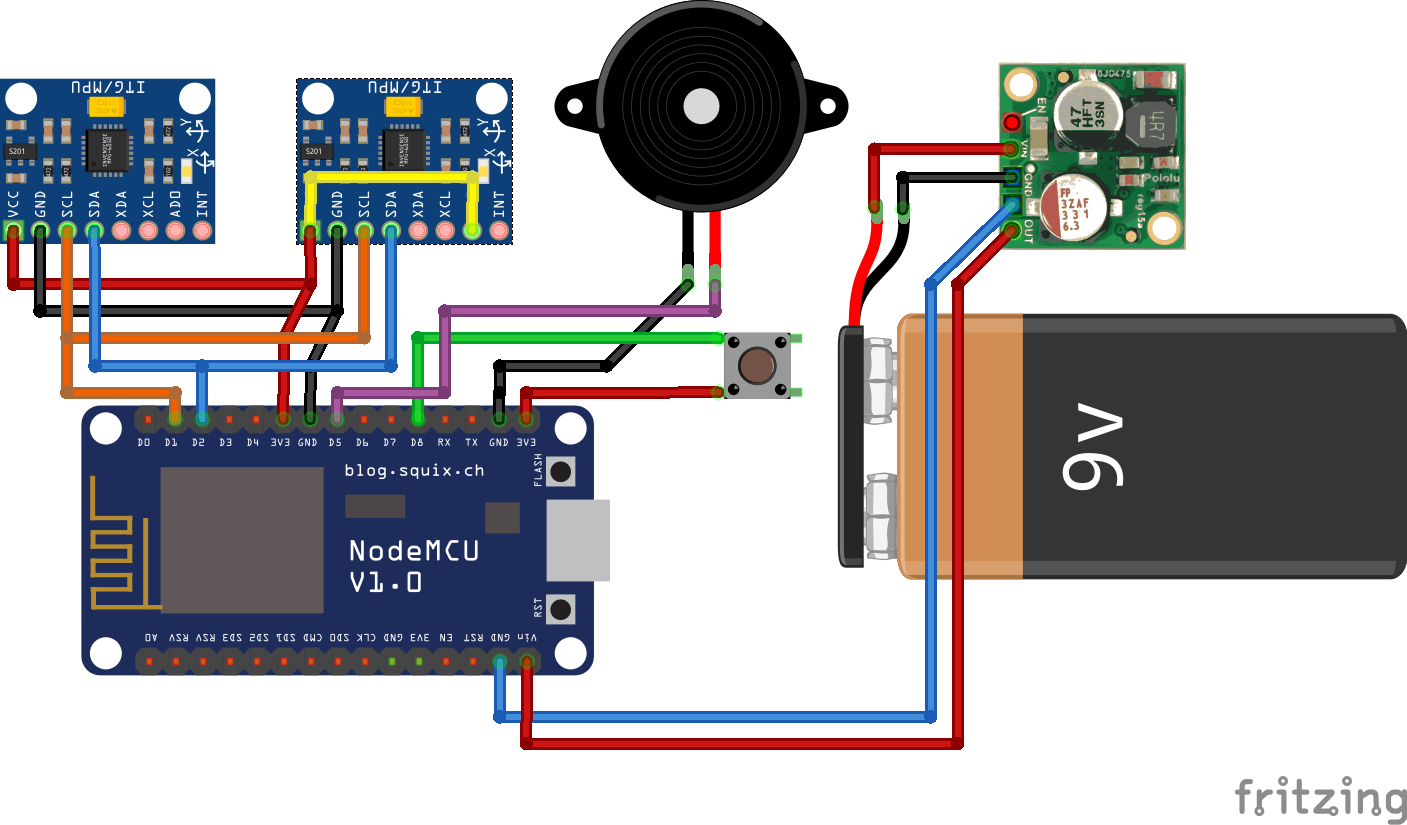 The setup runs on a NodeMCU with an ESP8266 processor. We chose this microcontroller because of its low profile (no through-hole components or headers) and built-in WiFi modem.

Two MPU6050 digital accelerometers were attached to the I2C bus on the NodeMCU.

The 2016 Hackaday Prize
This was a technical thesis project designed to allow a user to get a print out of the current weather and the word of the day via Wi-Fi.
Project Owner Contributor