Memory Pill passively records the last time a medication bottle was opened to prevent accidental over- and underdosing of medications.

Memory Pill passively records the last time a medication bottle was opened to prevent over- and underdosing of medications when you cannot remember if you have already taken a scheduled dose.

Memory Pill passively records the last time a medication bottle was opened to prevent over- and underdosing of medications when you cannot remember if you have already taken a scheduled dose. 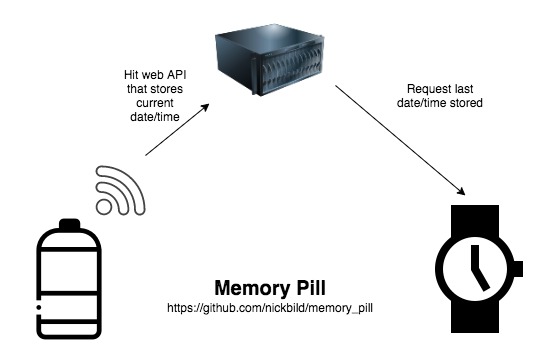 The button is connected to an Arduino Nano 33 IoT. When the button is released, the Arduino connects to a remote web API, over WiFi, that records the time the request was received. A Memory Pill app was created on a LILYGO TTGO T-Watch-2020 that will connect to the web API and display the stored time.

I see the main use for Memory Pill as a monitoring device for assisted living patients or elderly relatives. In the former case, it can aggregate data from a large number of individuals and provide alerts where medications have been missed (or taken more than scheduled). This has the potential to significantly reduce time taken by humans to physically check on each case. For the elderly, relatives could check up on medicine taking habits from across town, state, or country.

It also has uses for the young and healthy who can sometimes forget if they took a medication. The idea for Memory Pill came to me when my wife had a headache, but couldn't remember if she had already taken medicine for it, or had just thought about it and not yet done so (kids can do that to a person). 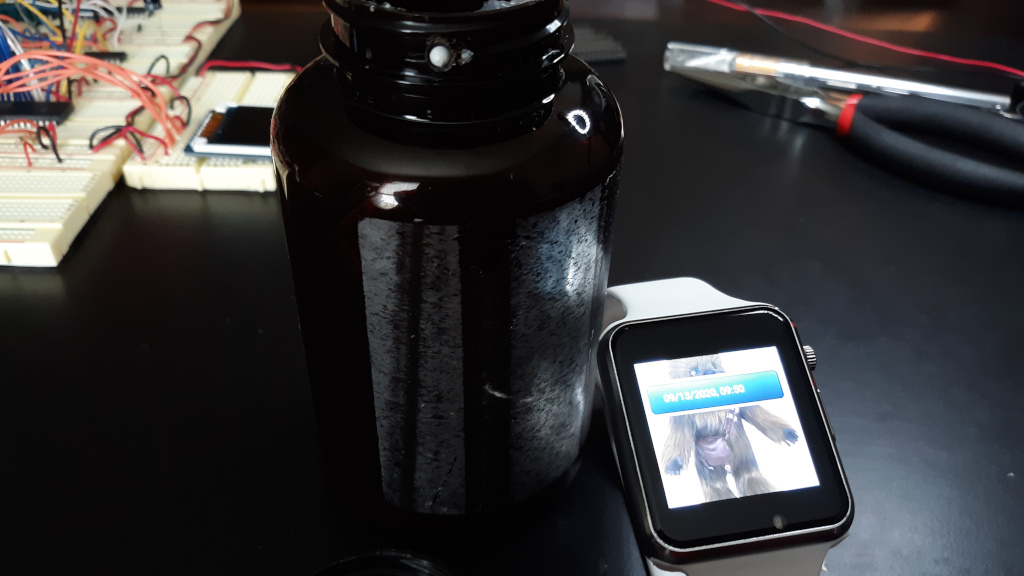 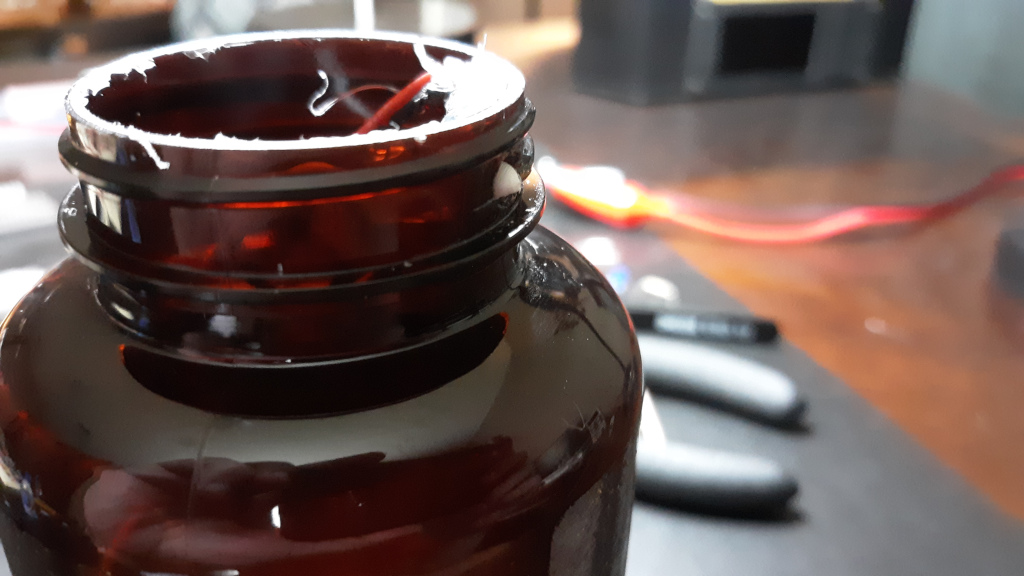 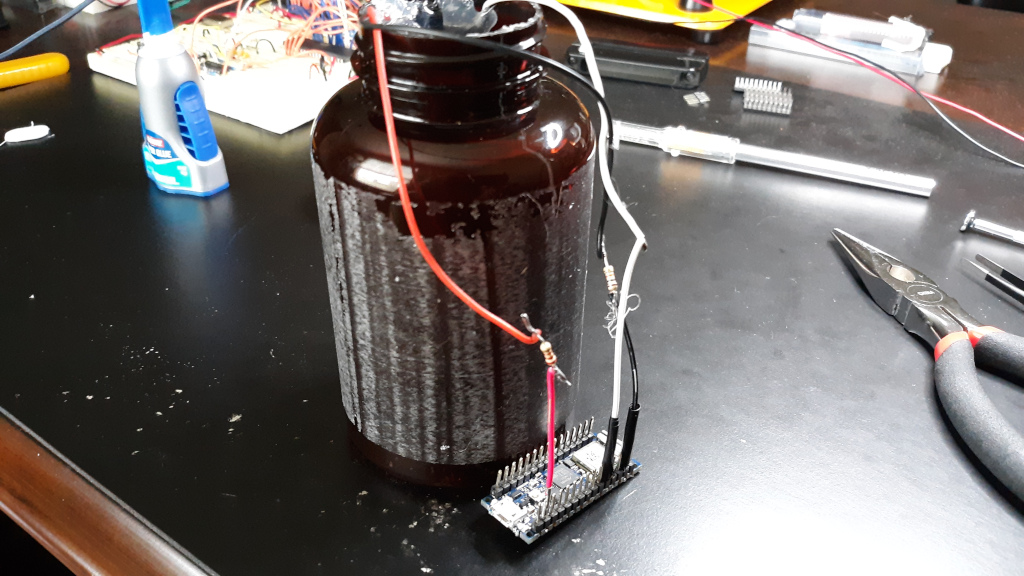 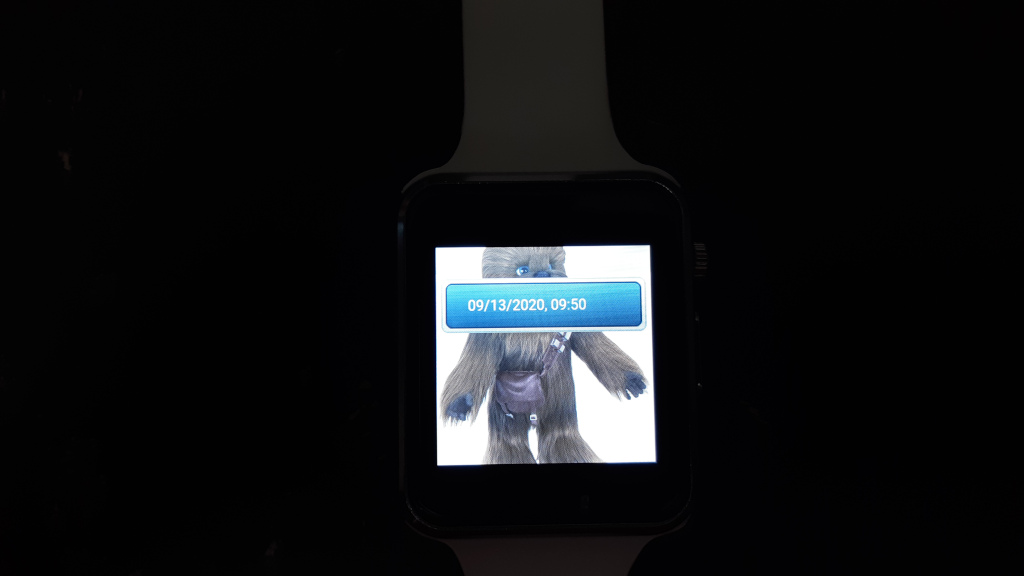 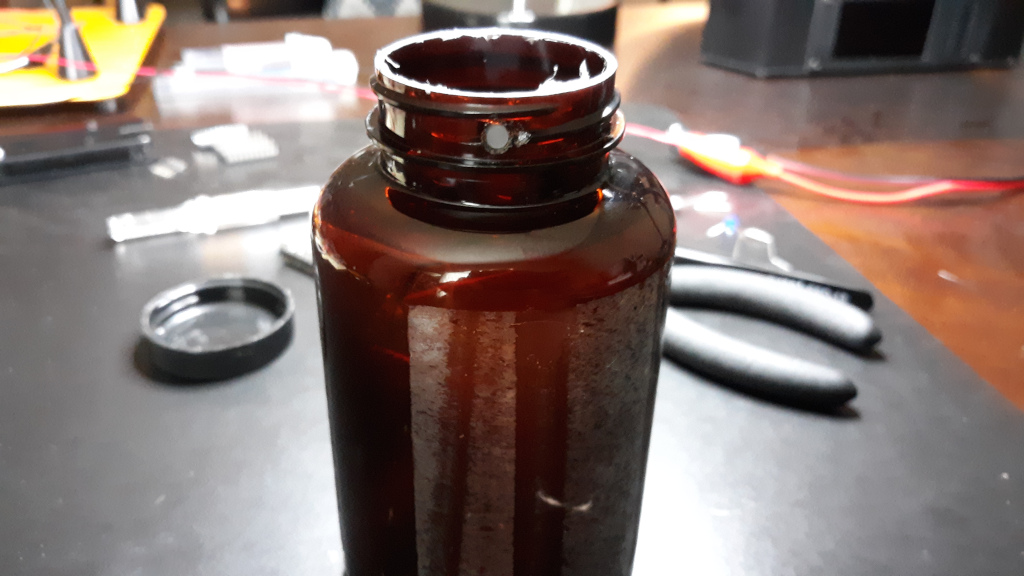 I would like to move to more purpose-built parts (rather than off-the-shelf) to make the components smaller, and even further drive down the cost per unit. I would also like to experiment with other methods of detecting when the lid has been removed—perhaps a simple contact built into the bottle itself or a reed switch.

On the software side, some minor tweaks to put the microcontroller into a sleep state and wake upon opening the bottle would keep the battery running for a long time. I think 30 days (typical prescription length) of opening a bottle would be easy to achieve with a very small battery.

A custom bottle with a small compartment on the bottom, with a battery that can be charged wirelessly (e.g. Qi charger) would complete the design.

Great idea. I can see extending this a bit and adding sensors to one of those daily pill organizers, like the kind my Dad uncharitably dubbed his "coot box" when he started taking enough pills to lose track. Seems like the same concept could be used for that, just more channels.

Nice work! I've seen some commercial versions built into the bottle cap that include an LCD screen, but having the ability to aggregate the information (I'm on the couch why should I have to get up to look at the bottle, triggering alarm if you missed your dose, or letting family check in on your schedule) is the logical extension with this concept.

Thanks for the comment!  I've updated the project with a "Uses" section to address this because I've heard it several times now.  I built this not just with the idea of someone checking their own medication taking in mind, but also to check up on people in an assisted living, or elderly relatives, for example.  In those cases, I think getting data off the top of a bottle is a very significant improvement.

The building of a secret hidden door
Project Owner Contributor