The Vectron 65 is a 6502 CPU-based breadboard computer. It supports VGA output, keyboard input, and boots into a BASIC interpreter.

The Vectron 65 is a 6502 CPU-based breadboard computer. It supports VGA output, keyboard input, boots into a BASIC interpreter, and has lots of GPIOs.

The Vectron 65 is a 6502 CPU-based breadboard computer. It supports VGA output, keyboard input, boots into a BASIC interpreter, and has lots of GPIOs.

This computer is a much-upgraded version of my original Vectron 64 computer. 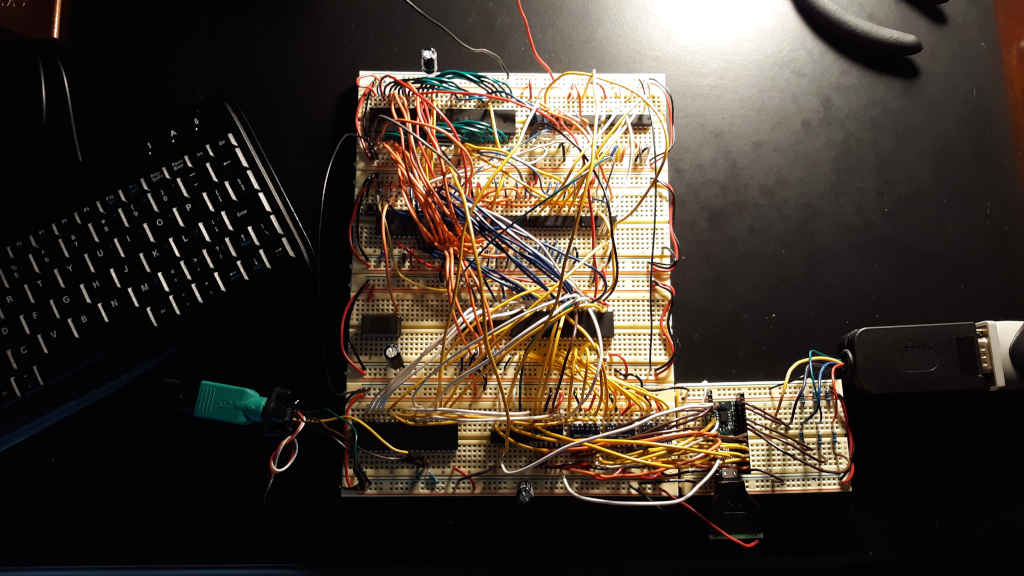 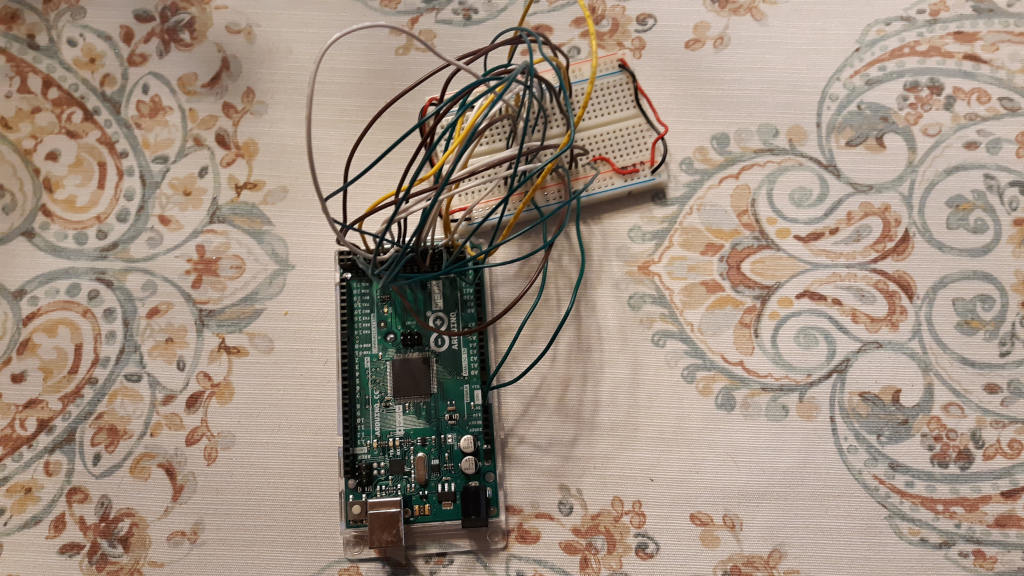 The operating system source code is available in os.asm. Assembly was done with dasm. The convenience script, build.sh assembles the source and feeds it into hex_for_mega.py to prepare the data needed for programming the EEPROM with my Arduino-based EEPROM burner. Insert the output from build.sh into the data array in the Arduino sketch. Wiring is straightforward—see top of sketch for details.

VGA output is produced with the help of a TinyFPGA BX using my MiniVGA Text Mode project. Characters are added to the screen by writing the row and column number to a 65C22 VIA's port A and B, then hitting a latch address with the desired character ASCII code on the data bus. I would prefer to keep FPGAs out of the design for a 'pure' retro computer, but I have already been down the path of building 7400-series IC based VGA generators (see Vectron VGA), and simply do not want that much bulk sitting on my desk.

A second 65C22 VIA handles keyboard input. Unused VIA port pins are available to use as GPIO.

On powering up the computer and clicking the reset button, a Tiny BASIC prompt is shown on screen. See the Tiny BASIC manual for specifics on this version of BASIC.

I will most likely have a PCB manufactured in the very near future. I am just deciding if I want to build any additional functionality into the computer first.

A 6502 CPU-based computer with keyboard support that can run BASIC. It is highly extensible via 32 GPIO pins.
Project Owner Contributor

Megatron is the little sister of Gigatron, it is an attempt to modify/minimise some Hardware/Software aspects of Gigatron.
Project Owner Contributor

HDMI in to HDMI out on a ZYNQ based platform.