A project log for A Cheap Compact Linear Slide

Everyone needs a stereo microscope! Because ... ... they cost less than space tourism.

But not everyone has several unallocated hundreds of US$ to trade for one with useful characteristics like low-to-mid “zoom” magnification and useful field of view at a useful working distance.

Alas. What to do?

@w_k_fay showed the way: #Stereo Microscope For Around $100 !  Briefly: Bausch & Lomb StereoZoom models, particularly StereoZoom 4, filled the Earth for 60 years[a] and now supply an abundant resale market. For example: mine.

Problem with the Solution

That’s great, but there’s a catch.

B&L StereoZoom microscopes consist of optics in a “Power Pod” held by one of a variety of stands. The catch is that the irregular shape of the “pod” defies simple attachment to anything other than a B&L stand.

Whatever holds the pod also has to be able to adjust focus by moving the pod up & down (or axially in whatever orientation) with some precision.

In markets like famousAuctionsite, "Around $100" will fetch a lot more bare pods than pods with stands.

Solution to the Problem with the Solution

So what would hold an awkwardly shaped object and provide finely controlled linear motion along it's axis?

How about something like one of these cheap linear slides with a tool clamp, except with the detachable/interchangeable clamp swapped for different clamp parts shaped around the awkward "Power Pod" shape? That screwed to a block with a e.g. a 75mm VESA pattern of pilot holes screwed to an arbitrary monitor stand should do it... 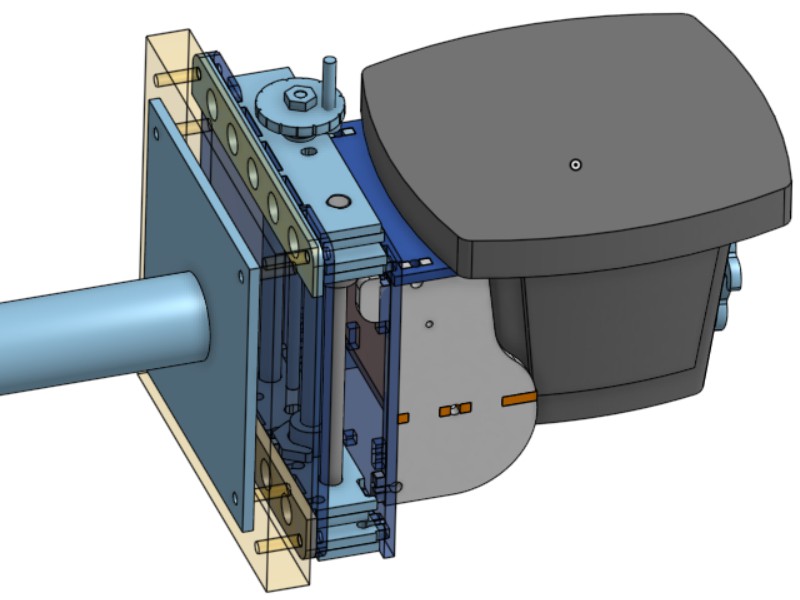 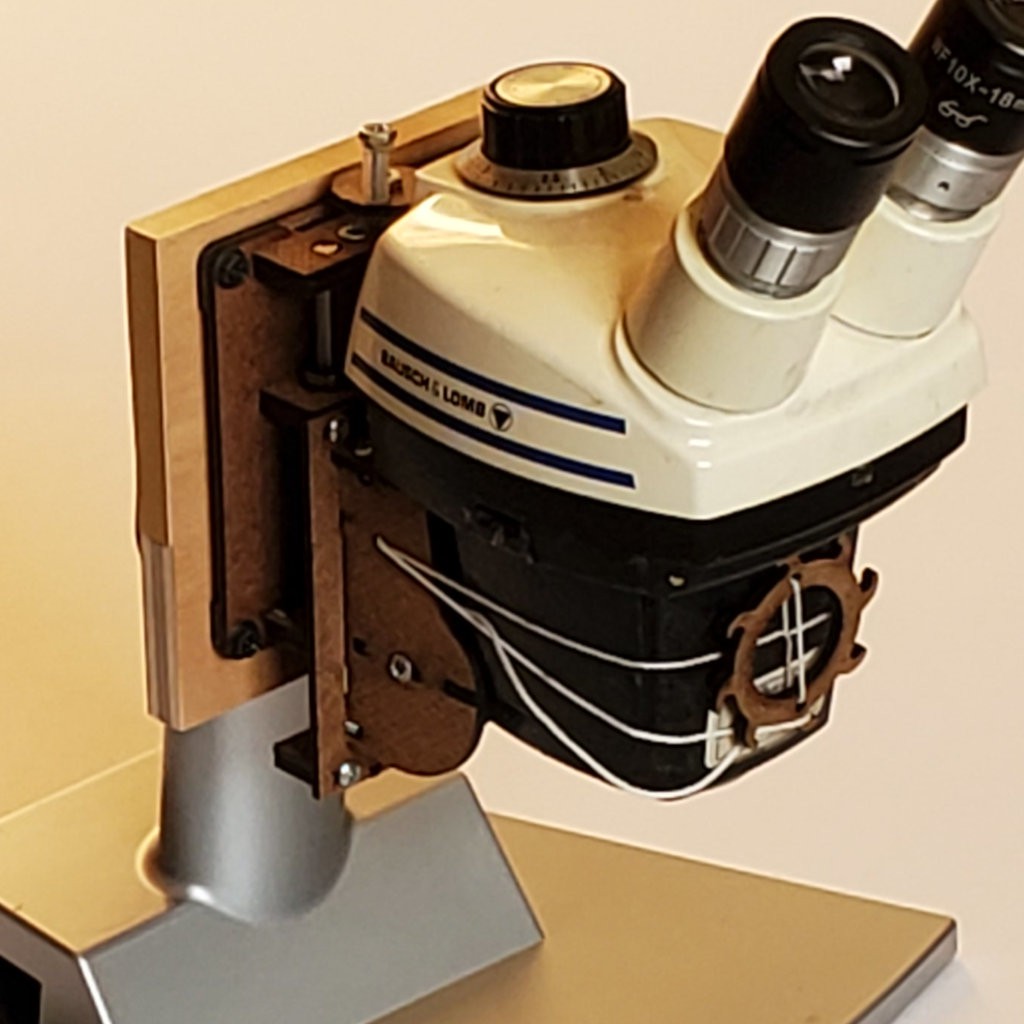 [a] made by B&L then Leica from 1959 to 2000, then NYOPTICS/oem-optical.com sold a “top quality remake” until at least September 2019 according to the Wayback Machine