Catching up on an additional round of synthesis test - from last year. I already implemented some changes after observing issues, so this is just an intermediate step.

I combined counter implementation in four different logic families into one board of efficiency.

This implementation uses master-slave flipflop based on CDC6600 style polarity hold latches. This can be easily see from the spike that is introduced on a rising edge of the clock when the output is low.

I elected to go with a rather low load and base resistance to achieve maximum speed in this implementation. This results in a static current draw of 238mA. Furthermore, the signal generator in my scope with not able to drive the clock signal anymore due to too high load. I had to introduce as SN7407 as clock buffer.

The scope image above showns the counter at 7 MHz, which is quite respectful. In some instances the counter even worked at 12.5 MHz, but this was hardly reliable. 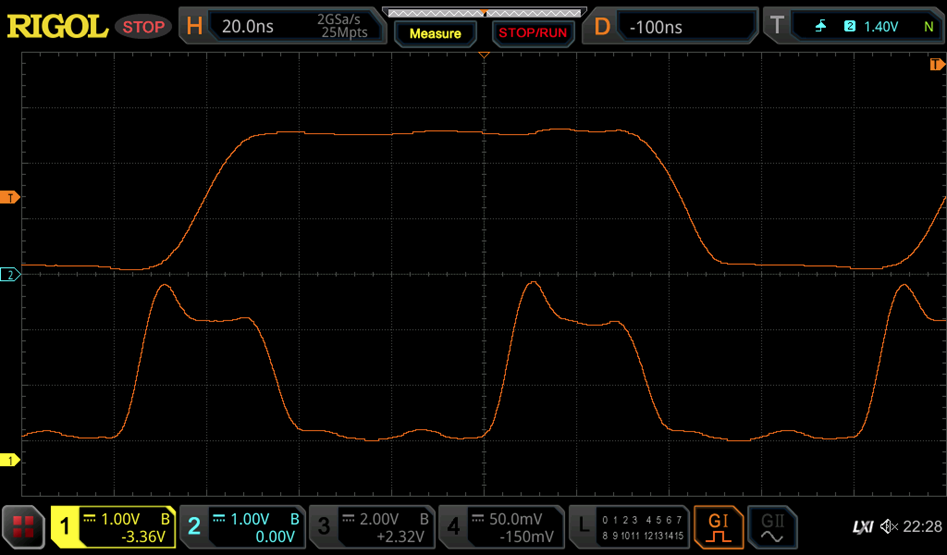 Details show that the clock to data latency is <20 ns for a rising output while it is >40ns for a falling one. 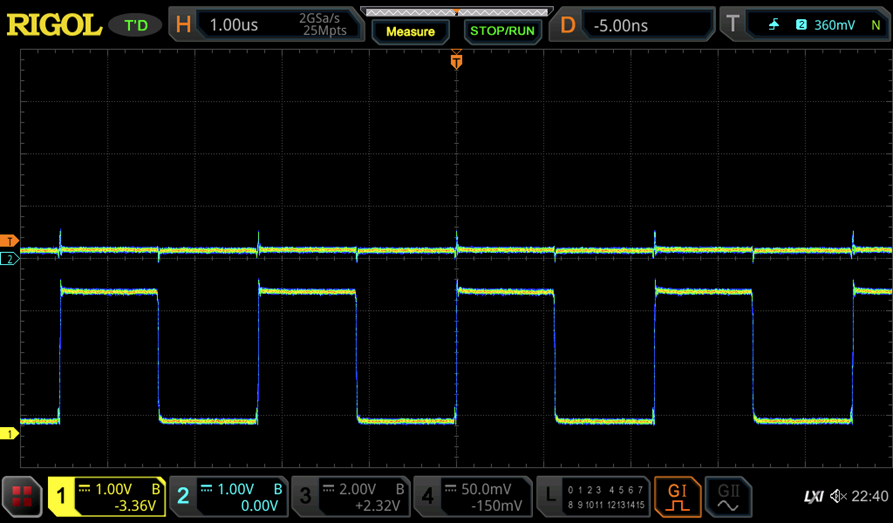 We can see that this logic style does not work at all with the PMBT2369. This is actually consistent to simulation. The resaon is the low reverse beta on the PMBT2369 which does not allows it to function as a proper pass gate. 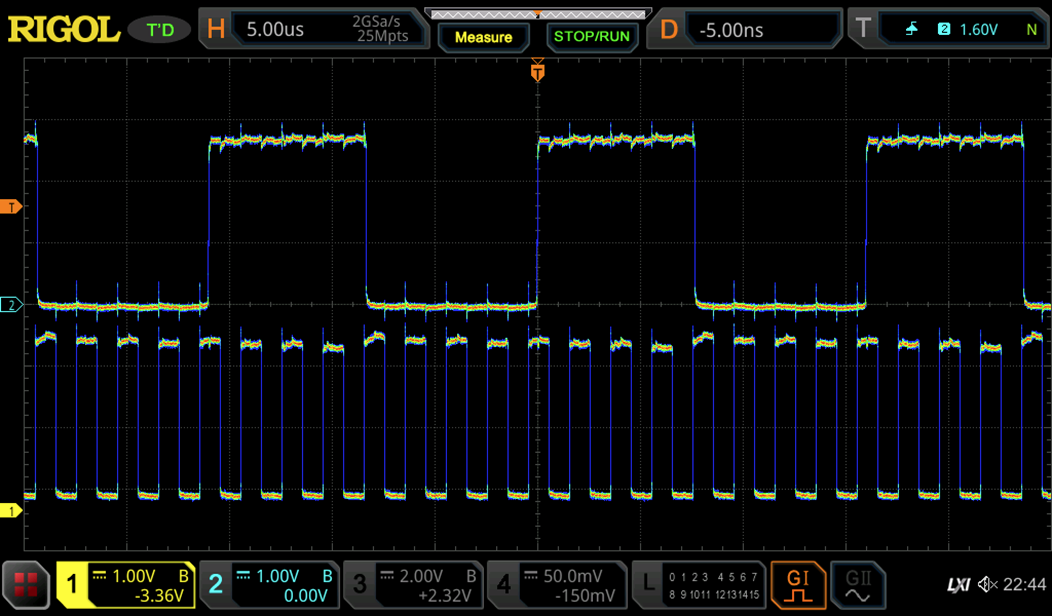 We can see above that the counter is working nicely. The current consumption is lower than RT at 182mA due to the much lower number of gates needed in this logic style. The maximum frequency is only 500kHz. This is owed to the slower transistors with high saturation charge and the inherently lower speed of this logic style (pass gate have no gain).

This logic style combined NMOS logic with NPN pass gates. The main purpose is to reduce the number of components as much as possible. The NMOS logic style does not require a base transistor and can implement a wider variety of gates than pure RTL. However, discrete NMOS power transistors, such as the 2N7002, cannot be used as pass gates due to the integrated reverse diode. Therefore NPN transistors are used.

The scope images above show the counter in operation at 1 MHz. The waveforms look really nasty. The reason for this is the high gate charge of the 2N7002, which requires considerable time to switch to a new logic level. The speed is slightly better than RTPG at 1.7MHz. Current consumption is 140 mA.

Wow ! that is some awesome testing :-D

That's a very old log. I think I need to continue working on this. I also added LTL in the mean time, but haven't worked on it for quite a while now.

Well, I'm a bit late because I was busy with other things, but the "bipolar pass gate" trick is of great interest to me as you know :-)