Sometimes breakthroughs come from the strangest places, but diagnosing a hardware fault by analysing a ROM's source code is my favourite yet

First of all, a bit of background to my interest in the Amiga

'Back in the day', in addition to the legendary Amiga 500, our family used to have an Amiga 4000/030 CR, both of which are sadly lost to the mists of time through many a house move. When the pang of nostalgia hit around the end of 2020, I went looking to see if it was possible to get hold of a working A4000 for a 'reasonable' price. I guess I shouldn't have been too surprised to find that prices for a coveted A4000 have shot up due to, I suspect, a combination of people with more free time during the pandemic, and my suspicion that we're probably at 'peak nostalgia' for the early 90's and the Amiga's heyday right about now! So, I decided to adjust my expectations and keep my eyes open for a non-functional A4000 that I could nurse back to health.

It took a while (even faulty A4000s are pretty hard to come by it seems!) but eventually I was able to purchase a faulty Amiga 4000/040 with keyboard for a price that I considered... let's just say 'not extortionate'. 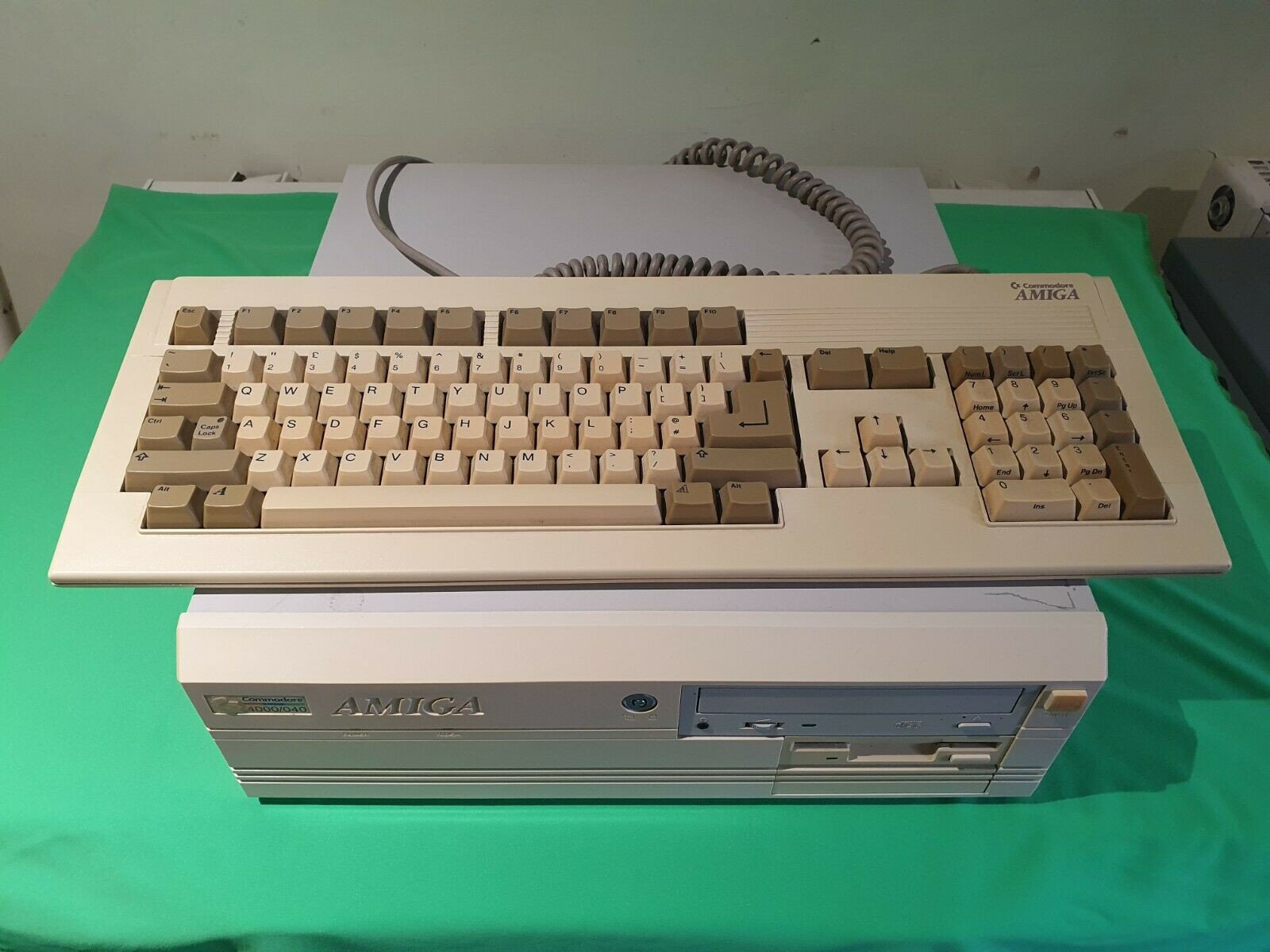 This A4000 was described by the seller simply as having a motherboard fault of some kind, as the machine itself would not power on. It had clearly suffered from the typcial battery leakage in the past, and said battery had previously been removed and replaced with a coin cell (more on that later...). Alkaline damage to the board had been patched up with bodge wires and the SIMM sockets had also been replaced and the board "somewhat" re-capped.

The A3640 processor card shown below was apparently working as the seller had tested it as working in another machine.

So upon receiving the well packaged Amiga, First thing to test? Power supply. It's a 145W Skyent model. Unloaded, the +5V rail was reading 4.97V, the +12V rail was 11.95V, with barely any ripple. (-12V was also pretty close to -12V from memory). A visual inspection of the internals of the supply didn't reveal any suspicious looking caps...(I'd actually end up recapping the supply anyway, but my readings on the caps I removed suggested this was a bit of a waste of time, as they were all well within spec...).

So, with the power supply looking ok,  I hooked everything up and hit the power button.... Yep, I can confirm... definitely doesn't boot (even leaving more than the ~40 seconds it can take to get to disk insert screen if it can't find a hard drive...). However, at least the Green power light is on, and hard drive was making encouraging noises... So next job: strip it down, inspect the board for obvious damage/faults and break out DiagROM...