What about the apps? 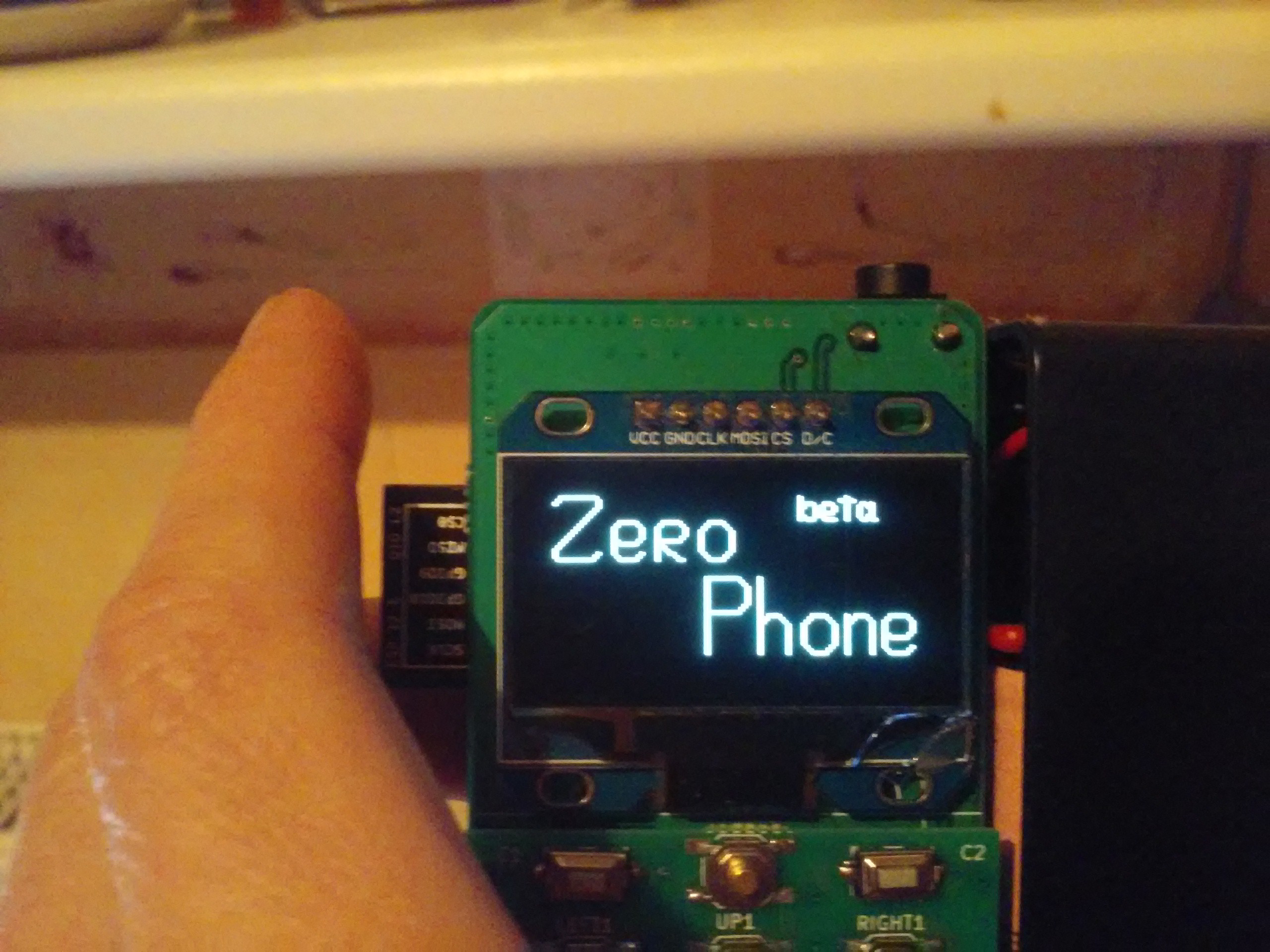 "Apps" is a concept that has been with us for ages. I won't be talking about anything that Apple, Google or Microsoft might mean by "apps", I'll use it as "applications, software" because it's short, precise and gets the point across, as well as the most common usage at this point in time.

ZeroPhone is not my first project of a portable, personal assistant, communicator device. Indeed, the listed qualities are what made smartphones so important in our lives. During all the previous projects I've worked on, I understood one important thing - in the end, it's all about software.

Nowadays, software support makes or breaks a project, I won't get tired of repeating it because it's true and software really is so damn important. This project needs to have above average software coverage quality - I want to outline what "above average" means here, and what I'll be aiming for when planning my priorities for the project.

Other than these general focuses, I'll focus on those types of apps:

For the infrastructure to actually be able to survive in the long term, I'll be enforcing limitations.

There are things I don't yet have a clue about, of course. For example: 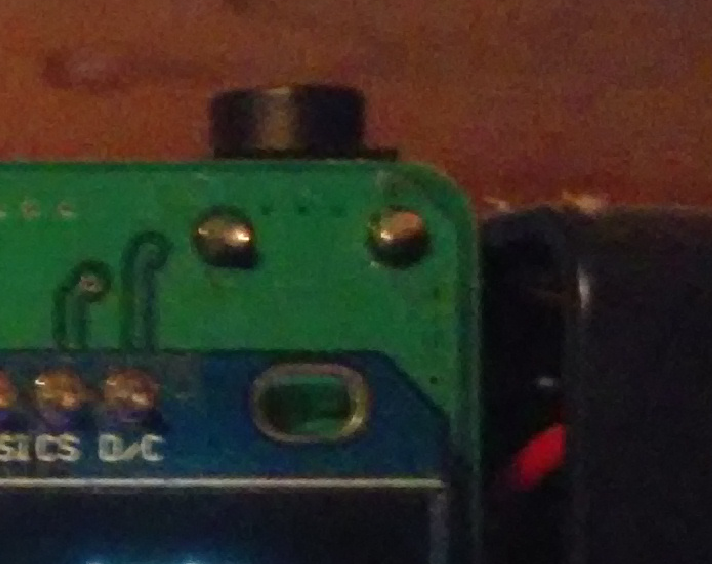 This guy can't wait to tell me about the extents of this post's suckery in the comments.

This post was hard, but satisfying to write - I know it addresses many important points and questions. As usual, I'd love to hear your feedback - here in the comments, or email me on info at zerophone dot org.

If you're coming from Reddit/HackerNews and you like this project:

What framework(s) are you using for your apps, and how does that affect your security model if users can write around it? In Android this was controlled with an API and permissions to provide building blocks for apps, are you planning something similar?

As for now, it's a self-designed framework made in Python, and it hardly exposes any API that could be limited  =) I'll be looking at FSO API (http://www.freesmartphone.org/), it seems promising - after writing some wrappers around DBus, it could be made into something really simple and user-friendly, too =D Having said that, I don't yet know how it handles permissions, TBH - it's all still to be researched.

I like the idea of freesmartphone.org to provide the structure, I didnt know something like that existed. Looking forward to getting my hands dirty ;-)

maybe for an app store just have a website where you can go, to download and see the source code of the apps  as well as the github repo that dillon suggested

Yep, those are going to be likely features - granted, I now know I can't promise anything on the timing, but I do hope somebody could pick them up before I do =)

how about the arduino ide?

Writing sketches on this screen? Possible but unlikely. Compiling and flashing them? Did that last week, actually, worked as good as it does on Linux - which's "perfect" =)

We believe the future of ... our way of life will be determined by how well we prepare our children for success in the 21st century. Today we see great potential for the application of technology to enrich and transform education for all learners. http://www.ycombinator.com/edtech/

Agree! Forgot about this as a priority - but then, it's kinda included in "tinkering apps". I'll think of what apps we'll need for this and include it in one of the updates further down he road =)

After reading this, I thought of an interesting method of distributing apps. What if you make a git repo in the style of https://github.com/sindresorhus/awesome ? Then app developers can create pull requests that link to the github where their application resides. You can make some app store-type program that parses the list and gives information/ability to install all of the apps. Each app would need a specific format, preferably hosted on github - maybe an /app/ directory with a readme for a description and images and an install script or something.

Point of contention is that you control what apps make the list. You may see this as a good thing because you can keep spam out, but also bad because you're in control and hold the same power as the big 3 companies. Just something to consider.

App format is something absolutely necessary, indeed, at least something like "app.manifest" document. Currently, pyLCI uses "has __init__.py and main.py, main.py has menu_name variable (optional) and init_app function in it" criteria. I like it because it's quite minimalistic but I'm sure it won't be enough at some point =)

RE: all kinds of "awesome" lists out there - it wouldn't have to be hard-coded, I still need to give people a way to share their apps without some kind of approval (like Ubuntu PPAs).

Problems I see with "awesome" kind of lists:

1) Depends on GitHub (though can be self-hosted on zerophone.com/app-list, for example)

2) Depends on maintainers (more of a good thing, and if I give a self-hosted option, even a better way to)

3) Scalability? Though apt IIRC uses a similar way with its Packages.gz file, and this can and should be gzipped

4) Updates? There'd need to be a mechanism to provide people with new releases, and yet not have to update apps with each new commit (also, trusting apps to not become malicious as they are upgraded - this is very important!)

There's a ton of options for the app format. Just have to find the one you like or roll out your own.

Good point on the updates. That's something I didn't think of. In that case, it might work out well to use a system similar to apt. You'll have to think of a clever way of entering the PPAs. Perhaps an app ID that you automatically issue (so there's no duplicates) (which an user that wants to install can just type in)? Maybe the site that generates the app ID can also generate the app format file?

There's lots of options when you have a blank slate.

I think that in the end rolling your own is always preferrable - provided you have seen enough other formats, of course =)

Hmm, I for some reason would rather go the Linux package management way and use human-readable app names, whatever the author picks that isn't taken =) Names that make sense are also usually more readable, and I don't think using a Markov chain generator is the way to go =) App format file could  be generated with a command-line tool. Now, if we were to talk about app verification, that's another story.

The reason I'm basically using whatever Internet now uses for websites is that this allows the most flexibility and the most decentralization possibilities. My aim is so that you could deploy a ZeroPhone app repo at your home and it'd be nobody's business except yours - and that's what we currently have with websites and webservers, I like it. The only thing I don't like are SSL certificates which cost and are centralized - but open systems allow you to do whatever the heck you want with certificates anyway =)

Lost of options, indeed. And they all become irrelevant when you roll out your first release including a choice you made - once you do that, you typically have to support it for the rest of your life =D

It's going to be great seeing the app development take shape, and also see what users can come with too. The app repository could be phenomenal! :-)