Elec. Adjustable Table now has Memory Functions and is Controllable via Serial

I'm kinda glad to have a table that is adjustable. Working in a standing position is pretty pleasant from time to time.

Though there are only simple "Up" and "Down" buttons installed by default. This pretty much sucks because you have to wait for hours until it finally arrives at the top or bottom position.

In addition to that it would be pretty handy to have a memory function that stores your favourite standing and sitting position. Then you'd simply hit that button once and wait for it to arrive there.

Well. Since we're hackers thats a job for us!

First I'd took a look inside the button housing. Thankfully they implemented some logic there that manages the movement. I found a PIC16LF1938 that handles basically everything in this table. 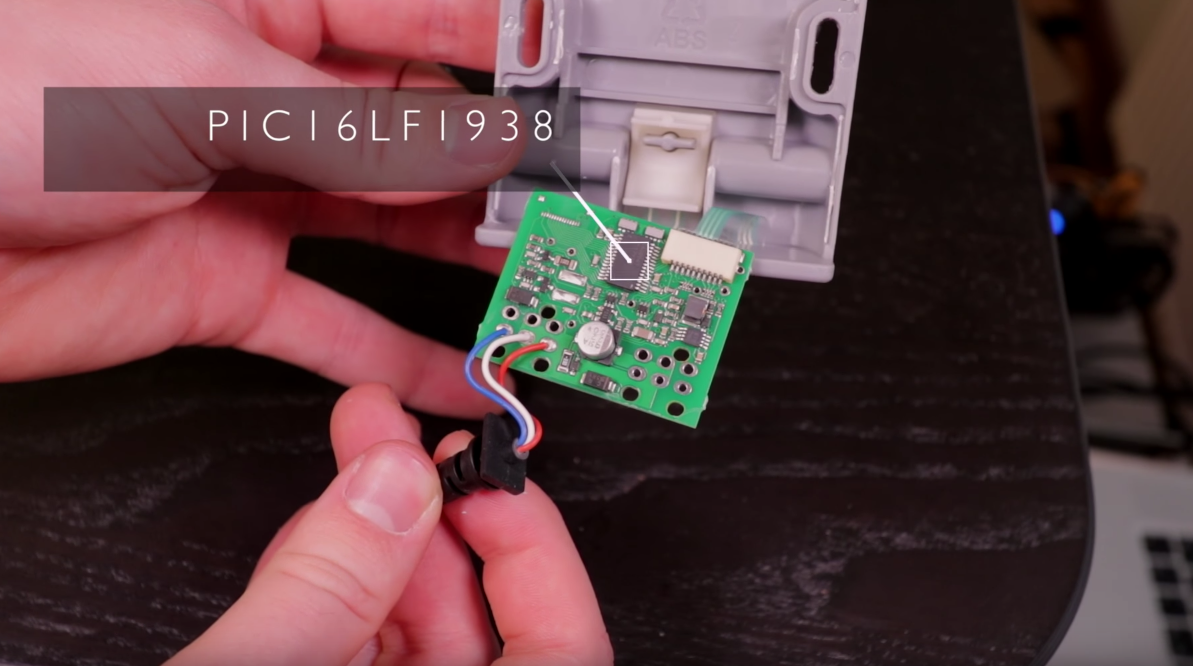 Apparently Robert Nixdorf already found out that the used the LIN protocol for communicating with the motors. However, after some oscilloscope and logic analyzer poking I've managed to demystify the data that gets sent so we can hook this guy up to an arduino. 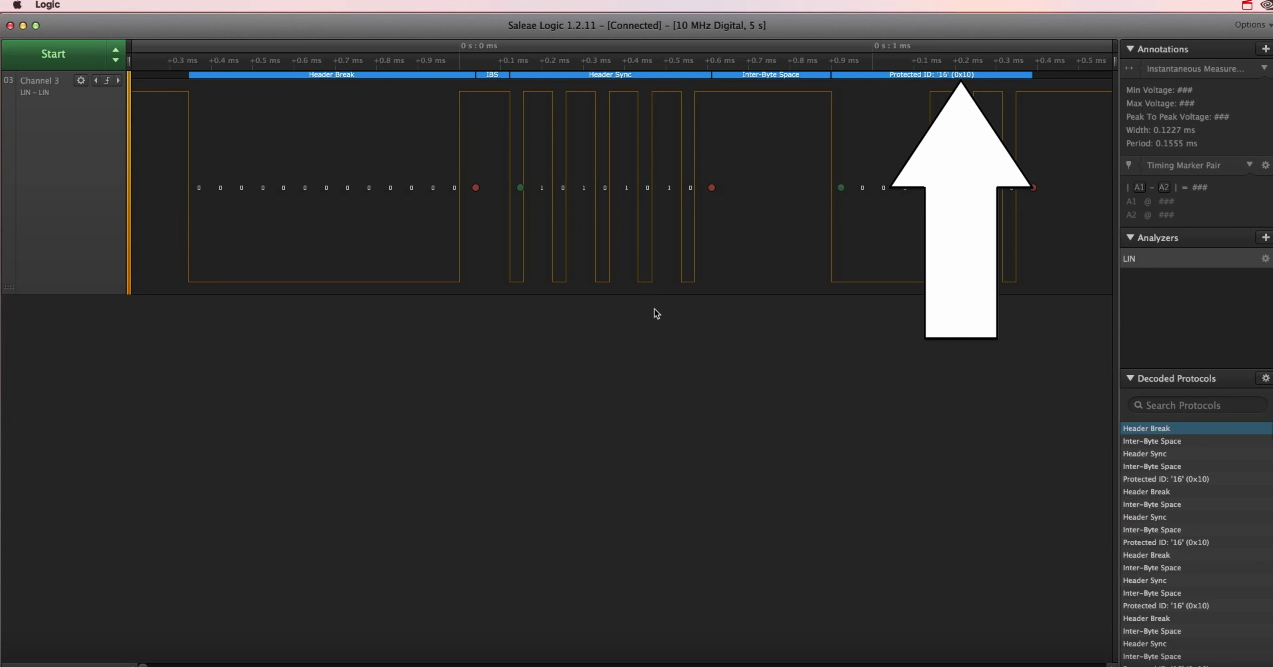 After writing some simple code to read the LIN stuff we now have the current table position. All the arduino does is either simulating a button up or down press depending on the current height target and position of the table.

The code and schematics are available on GitHub.

Nice project! I think you should post it on http://www.ikeahackers.net

Thank you! Well also thanks for this hint. I actually sent them my hack but unfortunately it did not get published. (Or at least I couldn't find it :/ )

but why not reflash the pic and wire buttons to some unused legs ?

Thanks! Well the PIC does all sorts of weird stuff that I did not reverse engineer. For example it does not only enable the motors to go up or down. It also sends some acceleration and deceleration stuff. If you take a closer look at the positioning data coming from the BUS it does not suddenly stop once the motors decelerate. It kinda follows a curve. I simply did not wan't to reverse engineer that. :)

A watch with an OLED display, powered by a Trinket
Project Owner Contributor

A console to automate the training & entertainment of a cat as well as to test feline intelligence in pattern learning & discrimination.
Project Owner Contributor

An attempt to reverse engineer and modify Korg DW-6000s firmware in order to expand its wave memory.
Project Owner Contributor