The entire device is powered by six D cells (9v). The TV was designed to run at 12v, but does adequately at 9v. The screen becomes dimmer and the image shrinks to the center leaving more black edge space; but it's otherwise operational. I reused the springs from the TV's battery holder for a new one. + and - labeling was done with a hammer and flat head screwdriver. 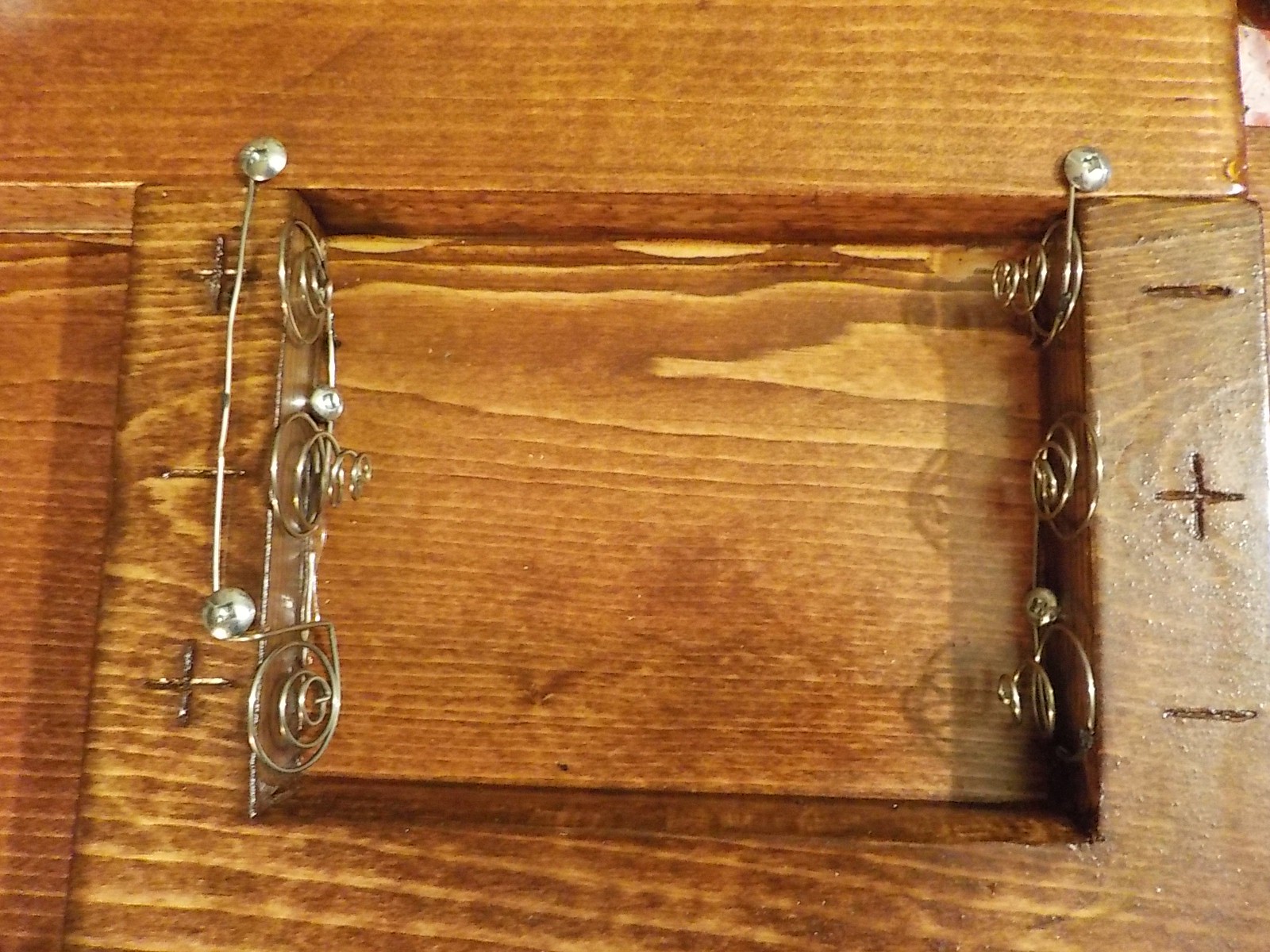 The TV's power switch was pretty crummy looking and I wanted to mount the TV PCB inside the case where it wouldn't be accessible. I desoldered the power switch and ran wires out to a panel mount toggle. The NES Zapper and several other components were intended to run at 5v, so I added a 7805 (1.5A 5v Regulator). The regulator comes after the power switch. Everything except the TV is powered through the regulator. 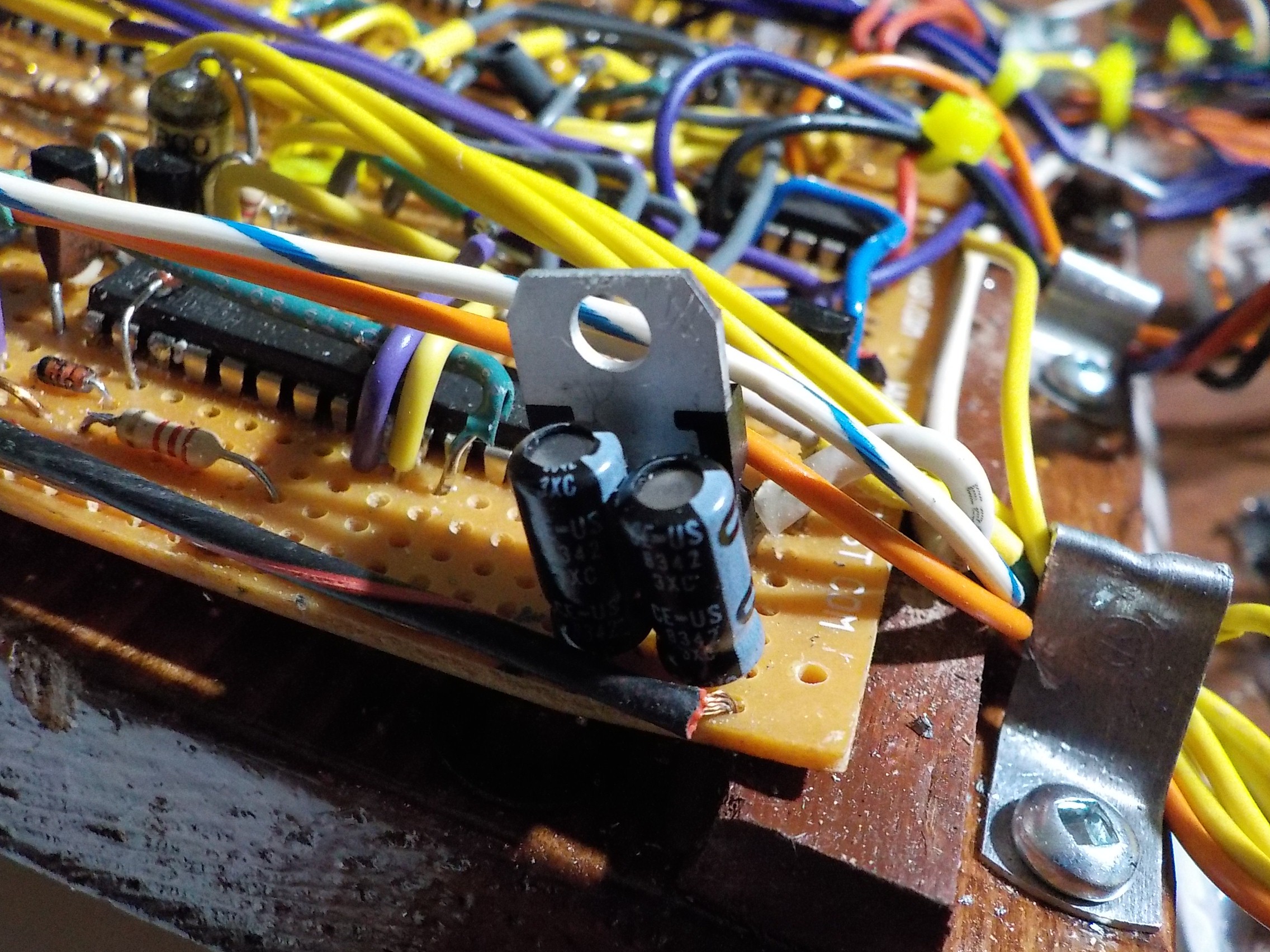