Navigational Aerial Vehicle Imager, or NAVI for short, is a coaxial, pocket sized (well, I have rather large pockets. Exact dimensions are 200x80mm), 3d printable UAS, that is designed to be cheap, modular, rapidly deployable, and most importantly, extremely portable. It only uses a cyclic swashplate system, rather than cyclic and pitch. This simplifies the mechanism greatly, and allows for a much smaller size. Altitude and yaw control is achieved through varying the RPM of the motors, just like your average multirotor.
The uses range from SAR operations, to battlefield scouting, to just every day aerial videography/photography, in a much smaller package.

Update: 8/8/2017: NAVI is a finalist for the Hackaday Prize! Thanks everyone for all the help and and ideas thus far :) Cheers!

I originally started building 'drones' about 4 and a half years ago, before they were called drones. Autonomous platforms that carry cameras and have a lot of practical use, compared to your usual model aircraft.

Since then, I've always had this thing about trying to make them very small, and very portable. First I started with a folding quad that was still rather large and heavy, but it all fit more or less into a single backpack. 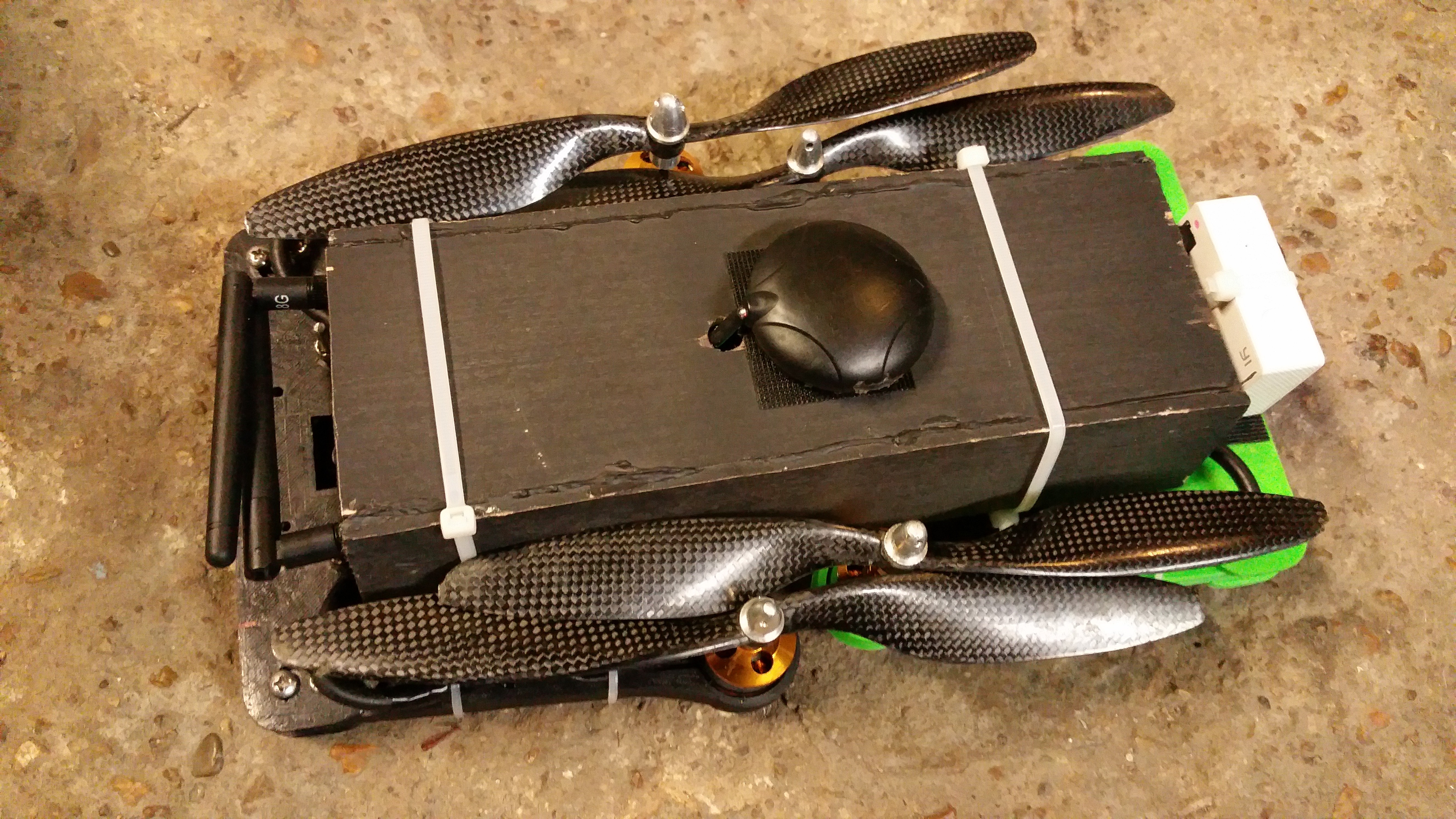 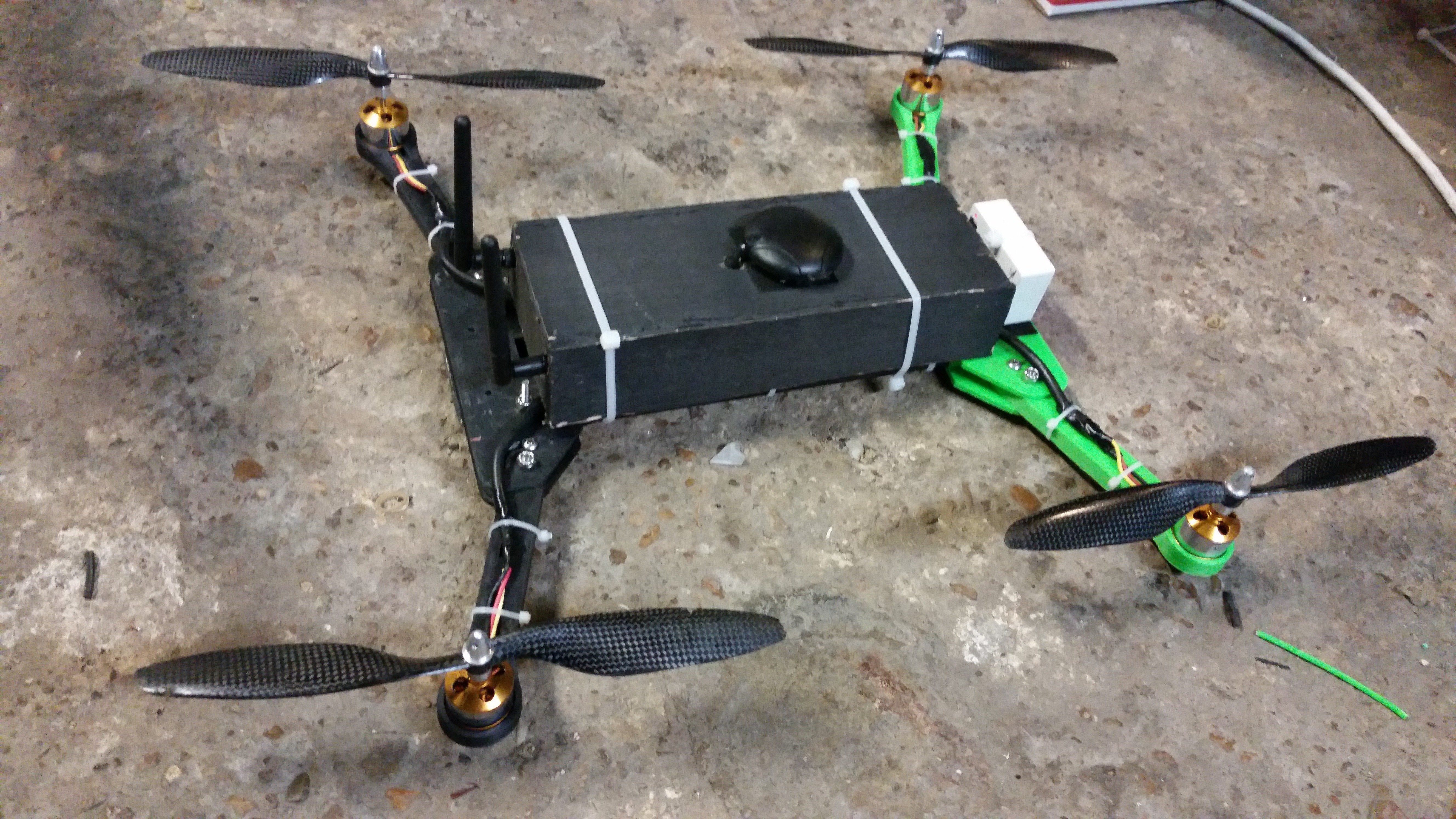 Then I started working on the Maviclone, late last year. As the name implies, it took a fair bit of inspiration from the DJI Mavic Pro. 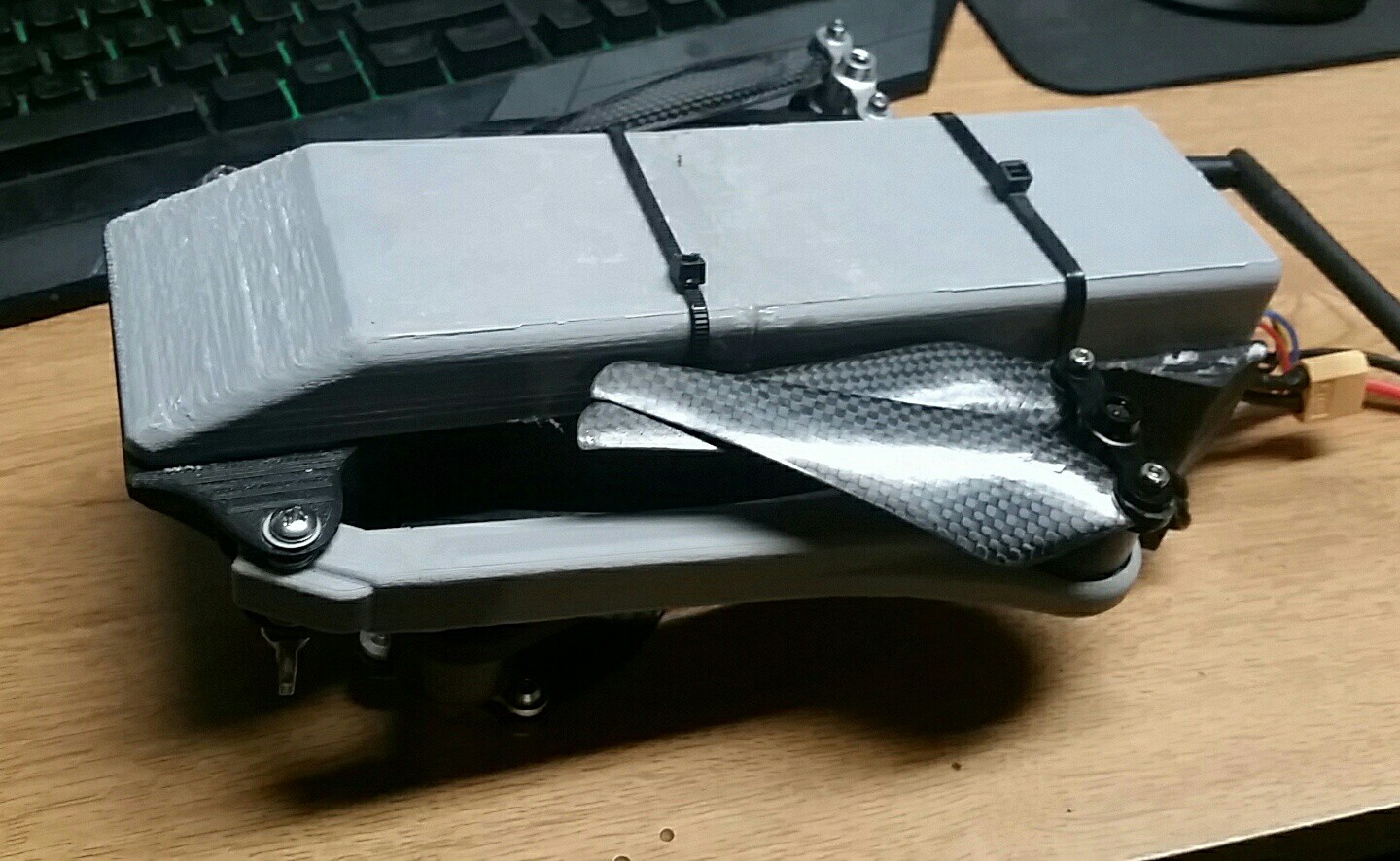 There were other projects along the way, but these are the most notable, showing major progression in making things smaller and lighter.

And now, NAVI. NAVI is something completely different. No arms to fold out, no bolts to tighten in order to lock said arms in place. You dont need to place it on the ground in order to initialize and take off.

You pull NAVI out of your pocket, hold it in the air, and hit the take off button. Thats it. To retrieve it, you do the inverse. Its simple, its small, and its fast. All traits that are extremely desirable for a search and rescue volunteer, who doesnt want to carry anymore gear than necessary. 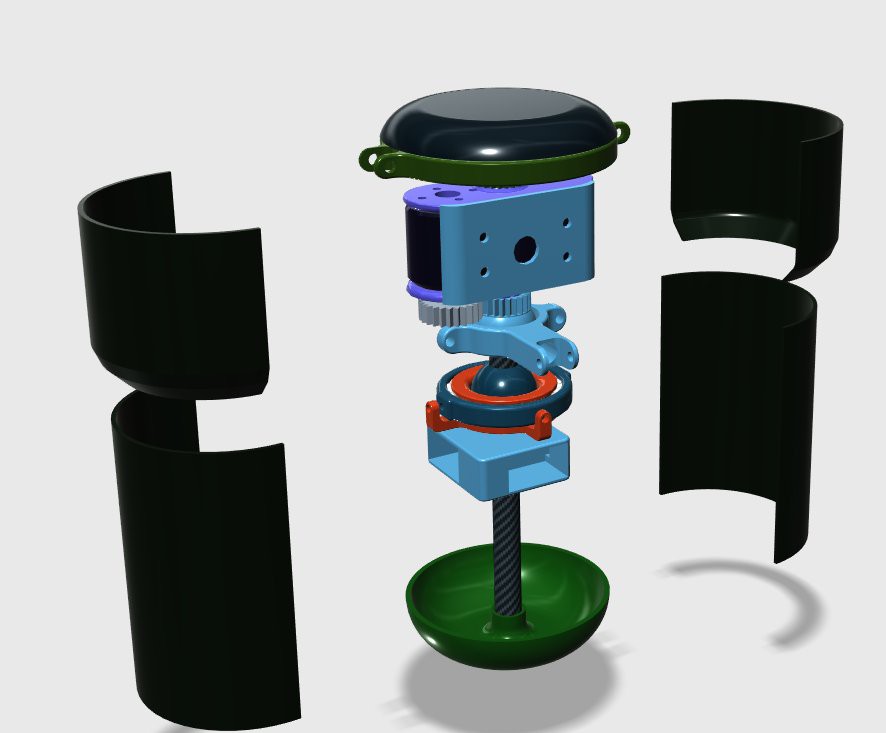 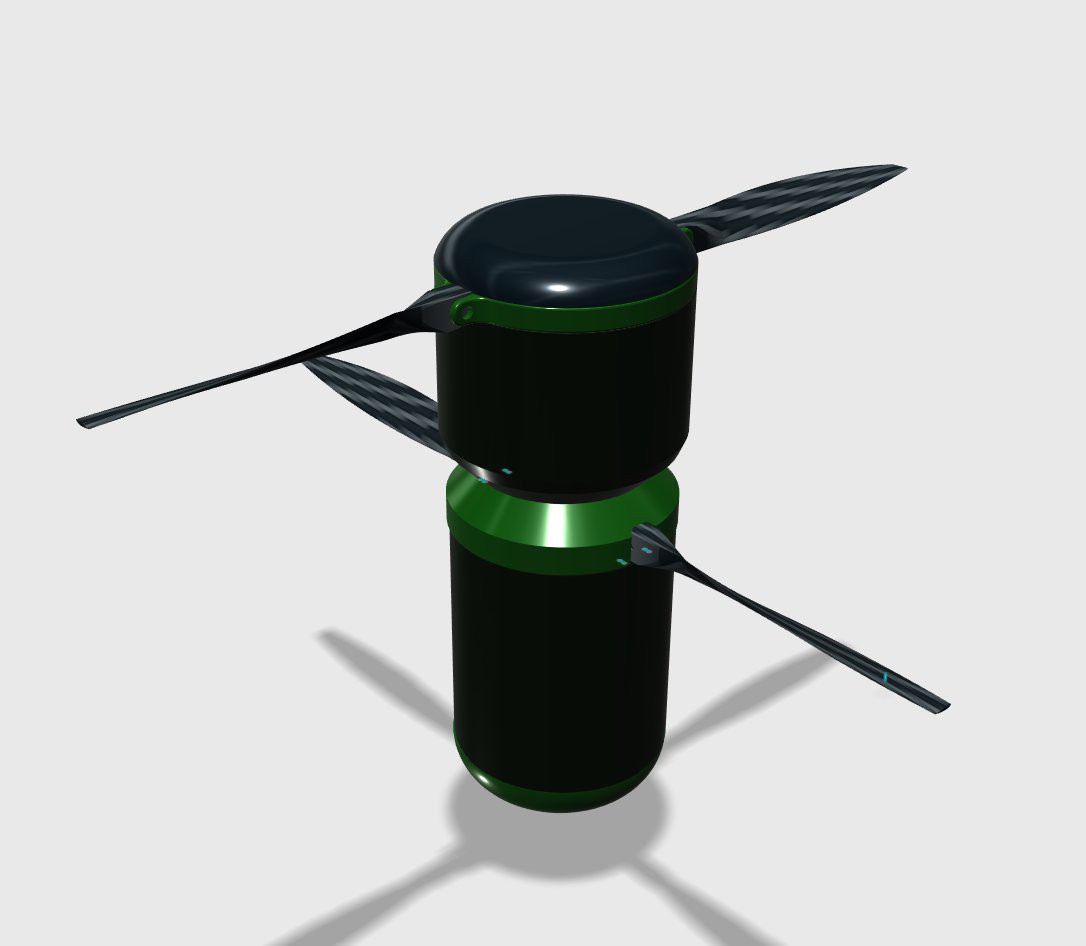 It reminds me of the invention from the movie "Robots"

Any updates? I would love to see this operate, even if it doesn't work as planned.

Hi Glytch, How is going on with NAVI?

Can't wait to see the code because I have a strong feeling it will be pretty crazy. Just to program a quadcopter is a difficult task, I can't imagine having to make working software for this kind of drone :)

depends on how and with what it was printed

Yes with what and how it was printed

hey this project has given me some inspiration.  Thanks! I don't build drones but I'm extremely interested in the system you're using for driving the two  blade sets .  If you're getting slip with the drive gears perhaps an adjustable gear opposite the motor for reinforcement.

will you be selling the finished product?

Hey i started something similar in the past when the Sprite drone was first announced, I kind put the project on hold when i became a dad. Your fresh work may be the inspiration i need to resume it.

I had problems with sloppy linkages and the control ams sticking at certain angles with 3d printed parts. So yeah you are right going with proper copter linkages. I originally started out with a printed gimballed swash, but ended up using a hirobo swash i had on hand. Your ball swash looks smashing. Keep up the good work!

That looks great! Have you done any spin up tests on it? How'd the gears hold up, if so? That's one of my primary concerns right now :)

Sorry for the late reply! Yeah we span the thing, the gear were printed in PLA and the gears help up okay. I used a herringbone gear on one and a helical gear on the other with a view of increasing the surface area in contact. So i was just testing.

Seems like you could simplify the swash mechanism.  Instead of having two ball joints that are linked to each other, why not just combine them into one?

Awesome project, please keep up with the updates. After the flight test and subsequent updates please upload the updated assembly asap!

I like it! This is actually a perfect place for the underactuated rotor concept that was featured in on Hackaday quite a while back.

But the control system to apply this would be tricky.

I hope you keep on going with this proyect, i find it very interesting. Lets see where this interesting proyect ends. Good luck

I definitely have more I want to do on this, no worries of it stopping any time soon :)