Hal sensors arrived from TI. They have great sample service provided by Digikey.

I ordered drv5053's that are very basic linear output Hal sensors. After trying different location for detection i ended up to place sensors under the gear driven by the worm gear. After multiple trials i ended up to place 4 of those between every 90 degrees. Magnet was "stick" shape moving on radius between the sensors. Problem was that neodymium magnet was definitely too strong, it was saturating the HAL sensor when getting close. Also setup was very sensitive to many environmental changes. I decided to change setup so that magnet would be less powerful and circular shape having poles on round sides. Also sensors would work in differential mode, 2 sensors in x axle and 2 in y axle. Position angle would be calculated from x,y vectors. Lets continue when magnets arrive.

An an alternative i decided to try to detect holes in in the tape. I placed LTE-302 or something similar and led very close to pickup hole and in correct height to detect the hole location. Also i added another pair 6mm away because smaller parts are placed with 2mm spacing. Photodiode output is fed into analog input so it is quite easy to locate different places of holes by software, begin of hole, end of hole, etc. Did some test when feeding real tape with motor and setup was working very fine. Now it is possible to detect end of tape and stuck tape conditions. Those sensors are probably not working with transparent tape, let's see. Magnetic position sensing is maybe the only way to go with those. Also there is now pcb's on bottom side too. top pcb will be just dummy board acting as a cover and reel holder. Thru plated holes of pcb will act as an bearing for gear axle, tin+copper, steel pair should work well as an bearing.

So the feeder will be 18mm thick 4 layer pcb where 2 axis robot and controller is embedded in the middle insulator layer. Very traditional design.. 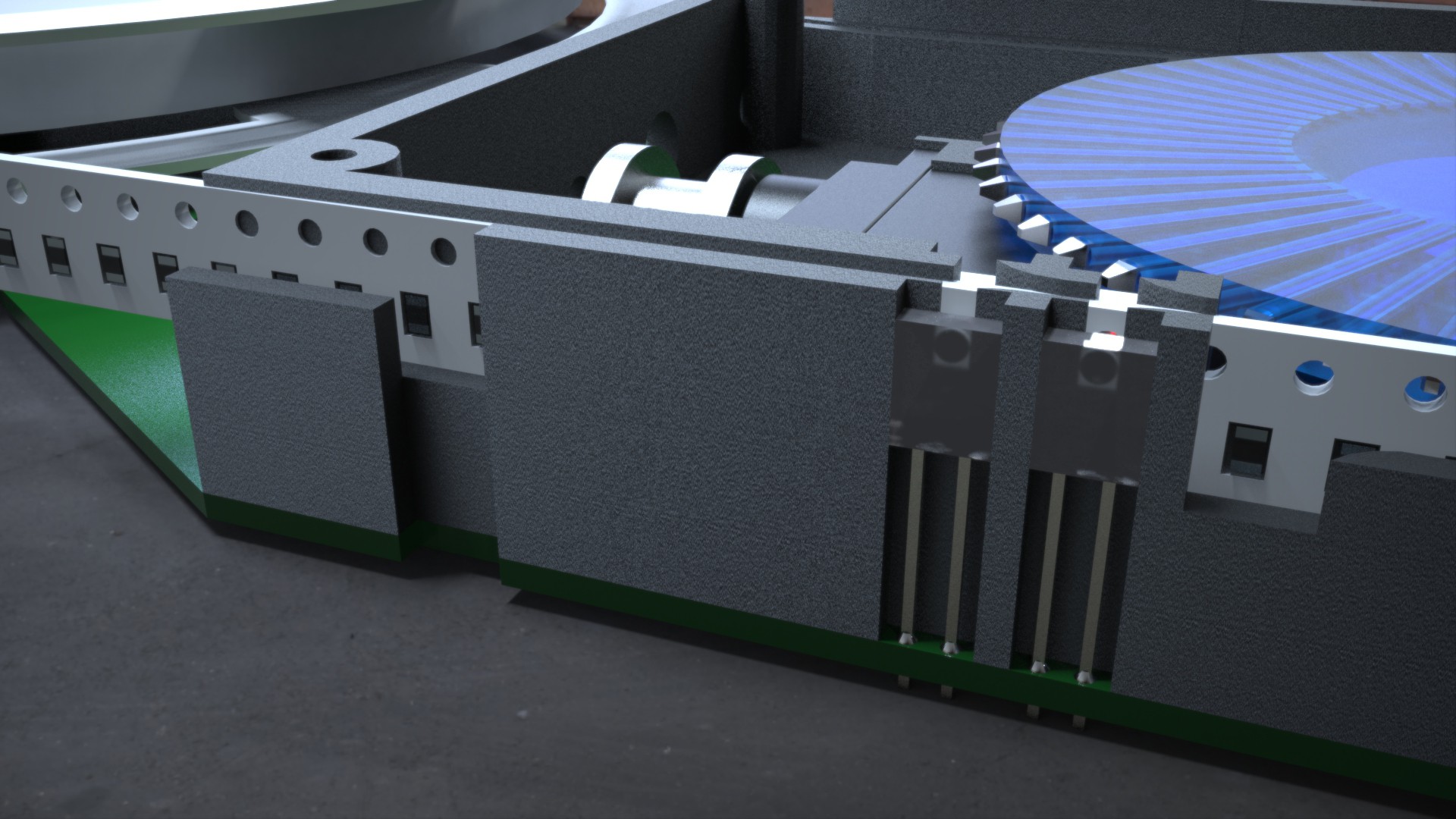 Have you tested this Hall with all tapes (paper, plastic, black thick & thin and transparent) ?