At this point I had a design that worked pretty well. But still there were things I wanted to improve:

So I started another redesign. Which is actually a fancy word for saying I took it apart and started playing. Often I was assisted by my two fellow designers, my 8 year old daughter and 6 year old son, sharing a workspace together. I started changing the way the wheels were mounted. Before I focused on modularity having two separate wheel assemblies connected to the frame. But now I focused on creating a small frame which would distribute the load better. I wanted to be able to adjust the height of the caster wheel, to get the right amount of clearance to avoid slipping and limit the tilting of the robot when decelerating. A suspension system could also help, but I wanted to avoid that at this point to keep the design simple. As a first attempt I mounted the caster wheels on a piece of T-slot, allowing to change the height easily. But after some load testing (checking if the frame would support my weight) it became clear this design wasn't strong enough and wouldn't distribute the load properly. 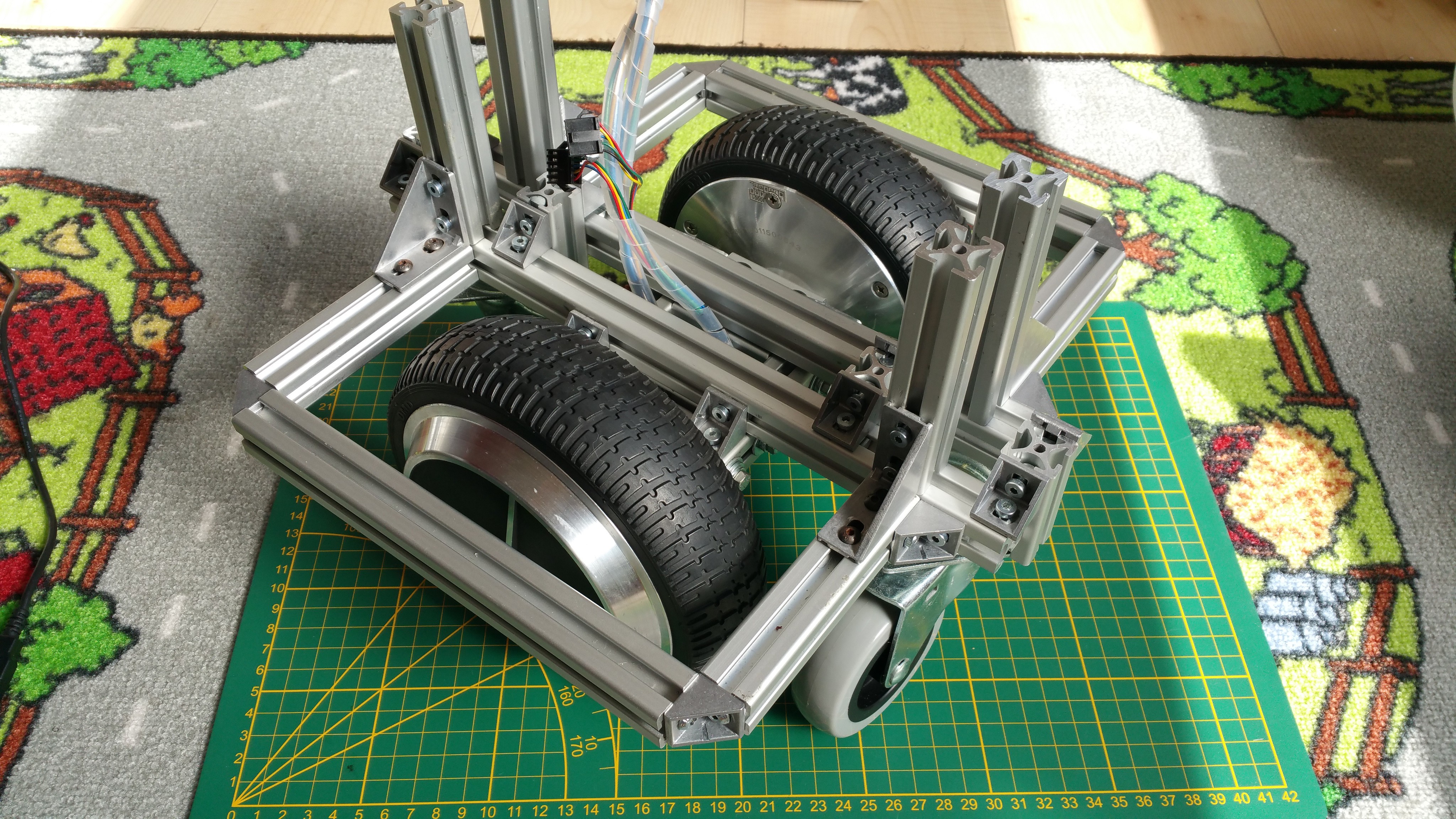 So I opted for a single piece T-slot to carry the load. 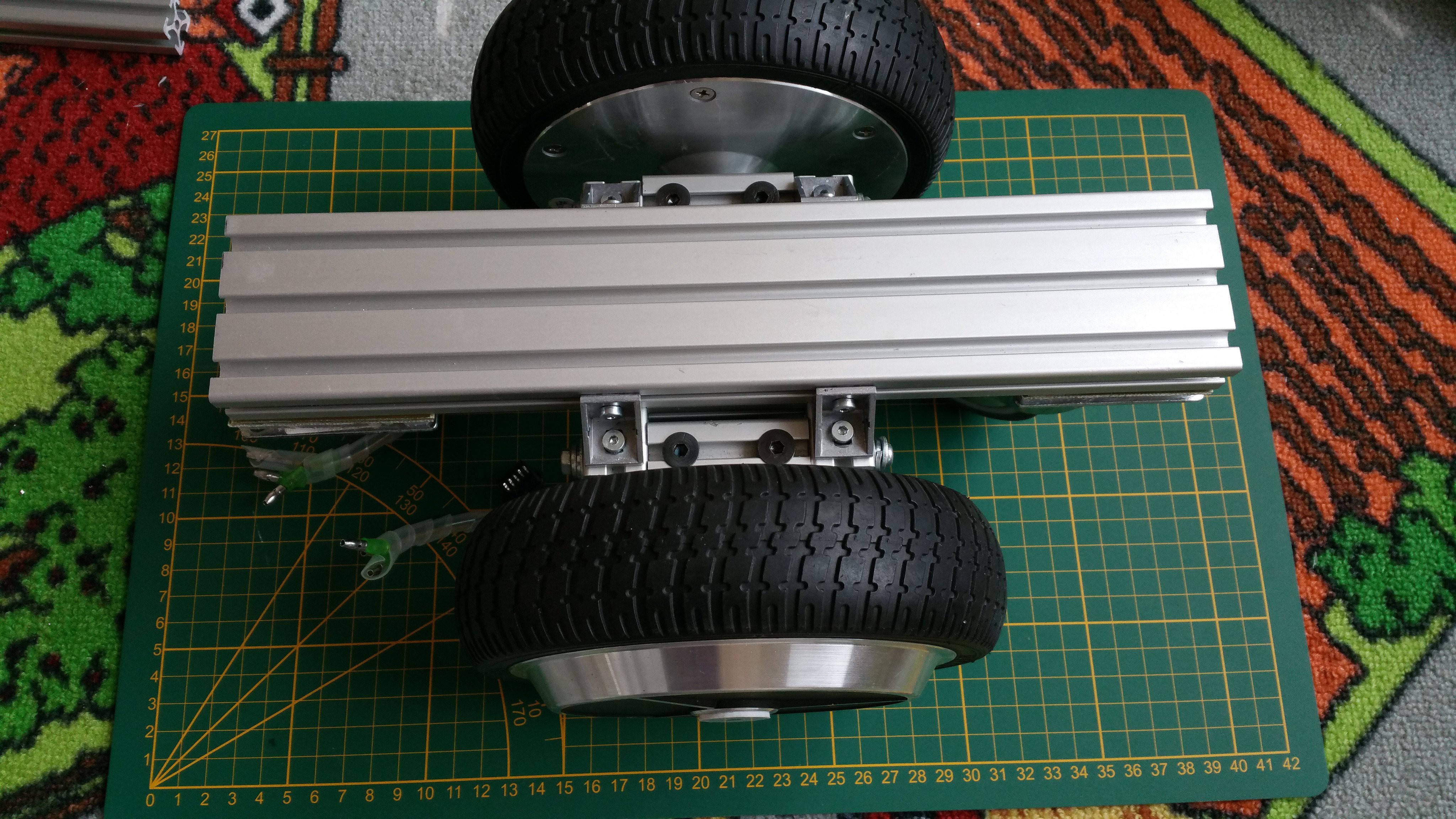 To get the right amount of ground clearance, I used some blank copper PCB boards as spacers. 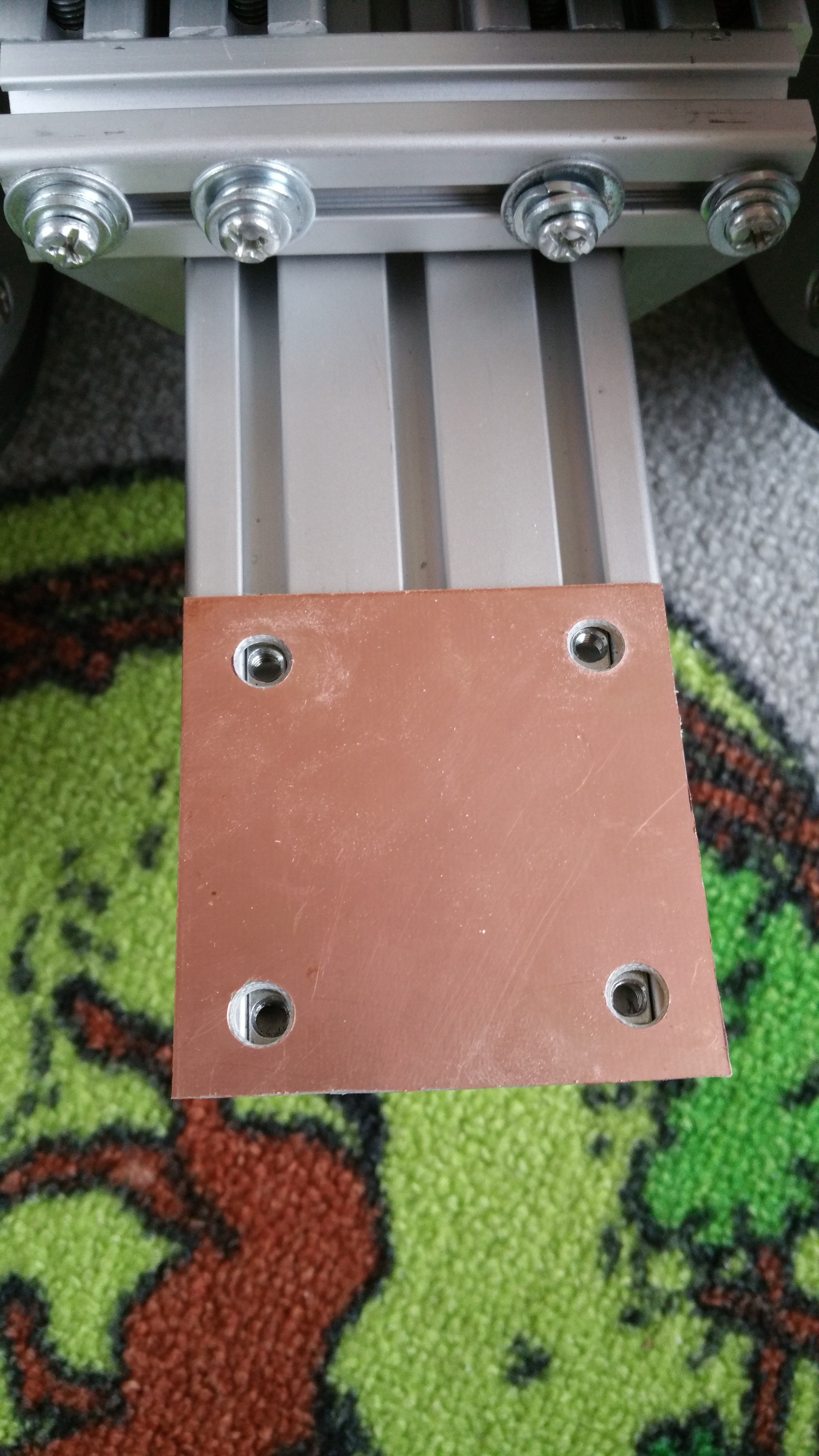 The idea is to have a strong base and attach side compartments for the electronics. 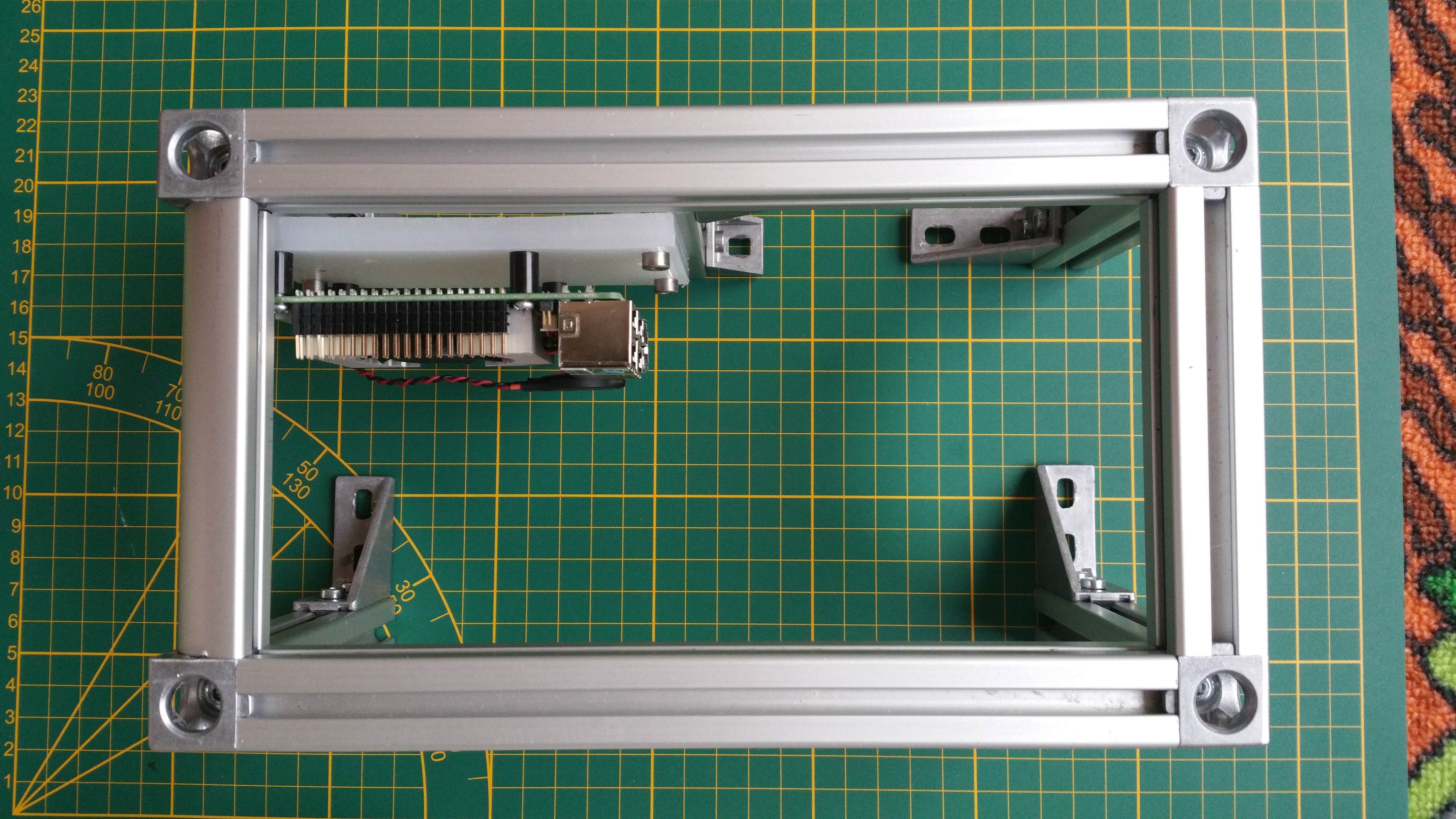 The base is assembled and is ready for the next step: wiring and adding the wheel sensor mounts. 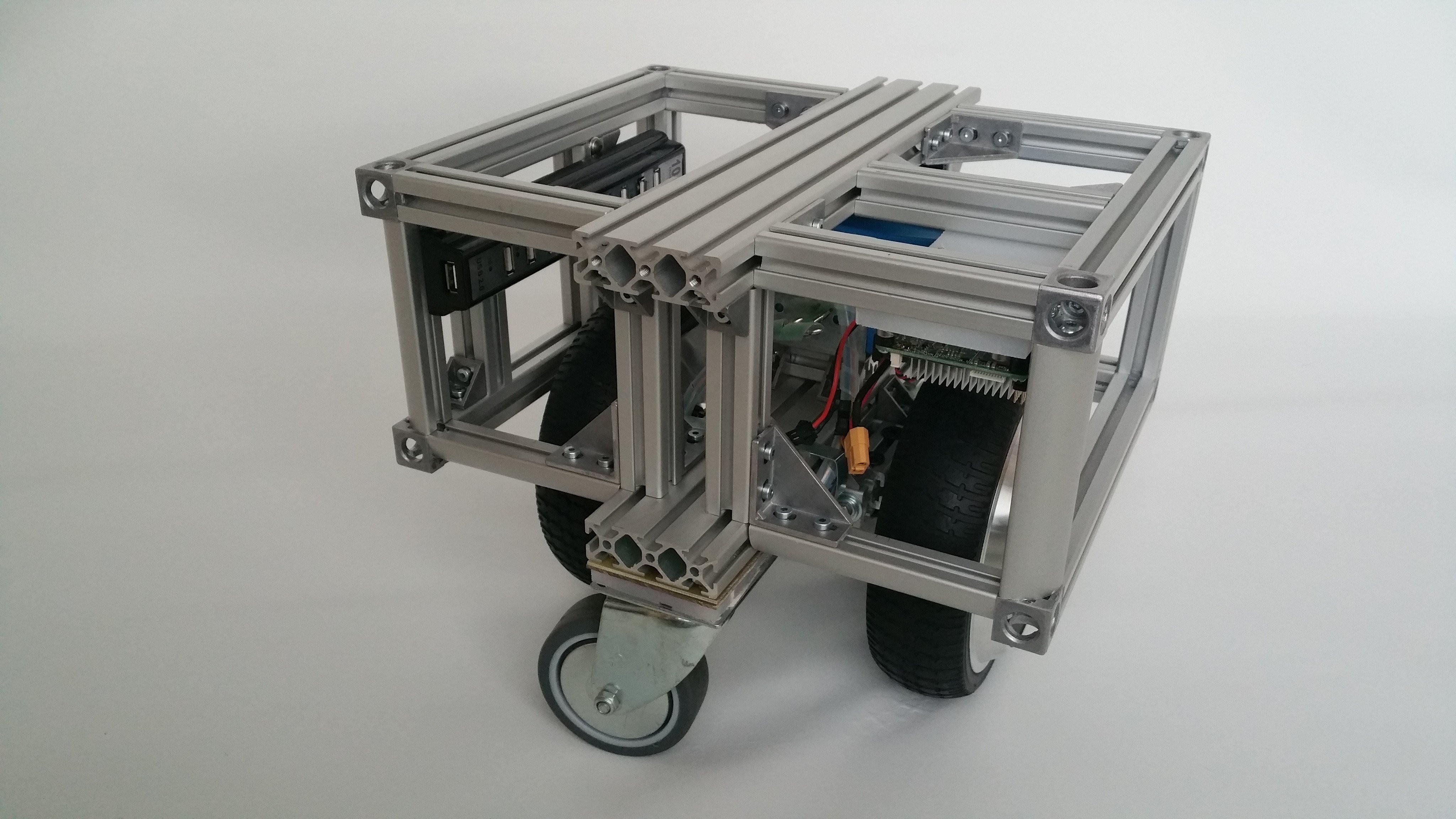 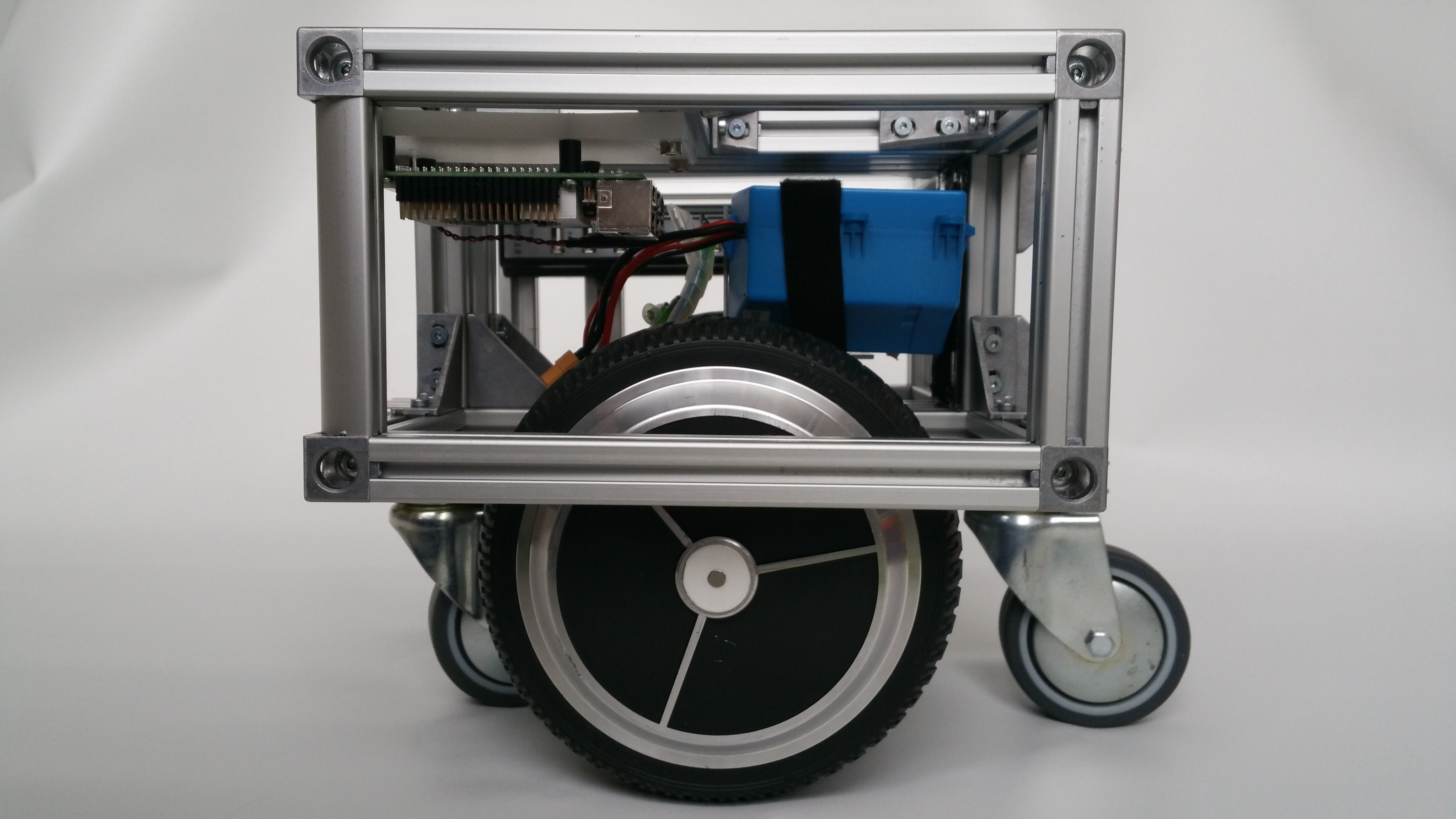 I search any information about max current supported by this motor what config are you using on your vesc?