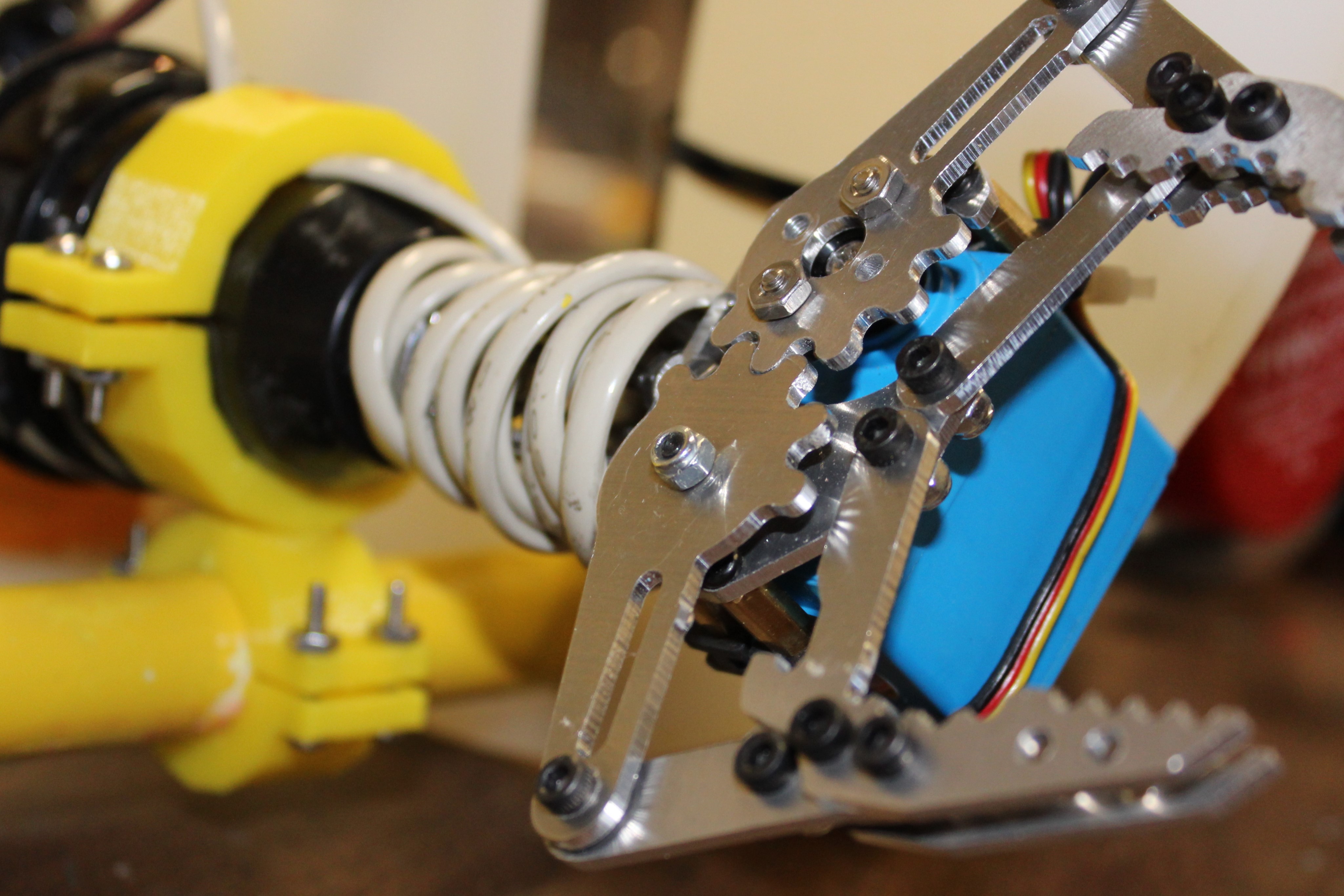 In previous years, AscendTech's predecessors would design and build their own claw out of various materials to serve as an end effector for our ROVs. Last year, our developmental team decided to explore a different route for the claw, as the previous designs were frequently bulky and unreliable. Instead of building a claw from scratch, our build team instead modified a commercial claw that was guaranteed to work by its manufacturers. Our modified claw uses a 500 GPH bilge pump motor connected to a waterproof servomotor to operate the claw. This modification allows the claw to move on 360 degrees in rotation, a feature not included in the commercial claw's design.