A little idea to revive...

Another hexadecimal display, this one is sans transistor for the extra vintage touch, and uses only Soviet-era parts

While building the 2nd prototype, there comes an opportunity to revive an idea I first imagined a while back, when doing my first 7 segments decoder. In this log, dated 20151024, I entertained this:

Fast forward today, with this stockpile of russian parts, and a better understanding, this idea takes a new life... I think the diode matrix should be replaced by a LED matrix, just like in this video:

I have the decoder, the matrix structure, the display, and... a small bag of AL102 ! (see this other log) 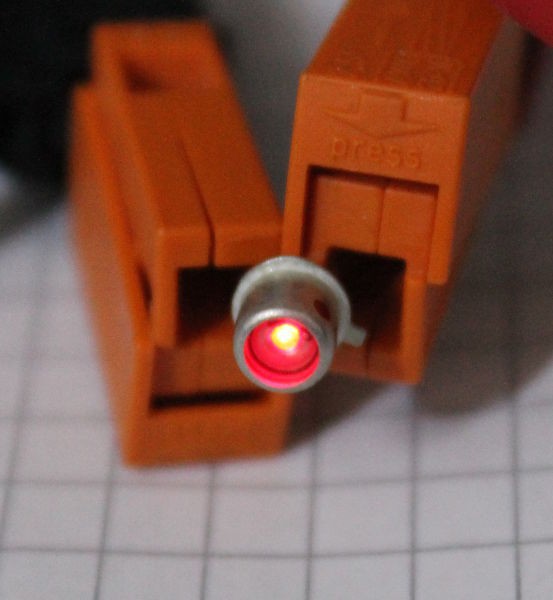 The AL102 might be pushed to the limits, both current-wise and their reverse voltage, but this depend on how much I can undervolt the bidirectional Numitron filaments. Let's test... 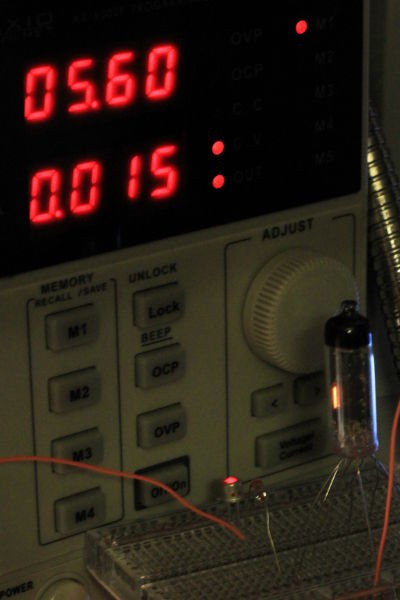 So despite my fears, it's possible to power the LED array with the same power as the relays, the Numitron takes most of the voltage differential and the current doesn't increase too much. However the voltage is still quite low and the 6.6V power must be totally reversed, I can't use a single -3.3V/0V/+3.3V trick. One more relay is needed.

That's no big deal because this is only a demo unit, "for educational purposes" :-) 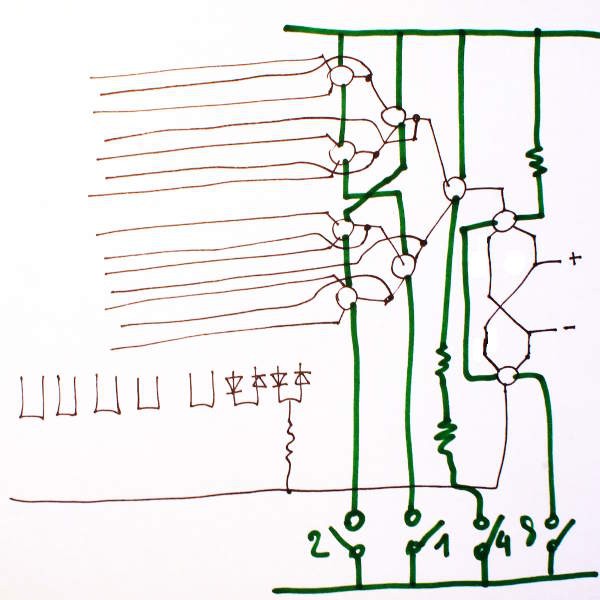 Driving the relays is not so simple, though. But there are 9 relays if a single 6V supply rail is used :-)

So there is one less relay compared to the intended version. This is possible because there is no need to adapt the input impendance (only one button is used, it's not connected to a data bus) but this comes at the price of adding series resistors to adapt the string lengths. In this case, since there is only one or two pieces, it's not critical, the actual power is not important (unlike the intended circuit that must be energy saving because there is one or two dozens). 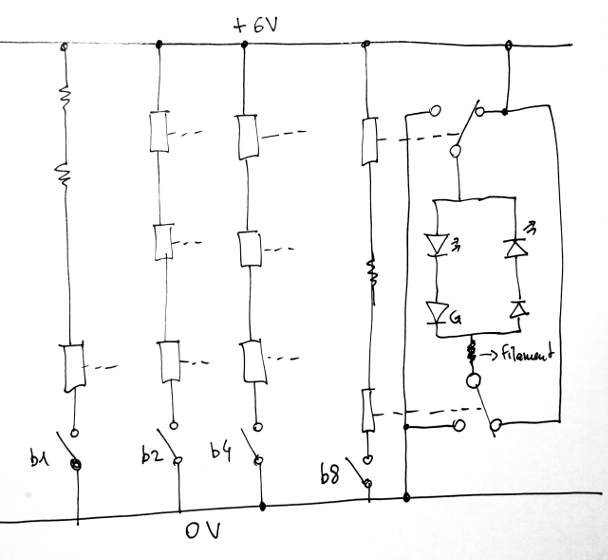 And this is where I realise I might have made mistakes with the driving circuitry.

OK so here is the corrected circuitry : 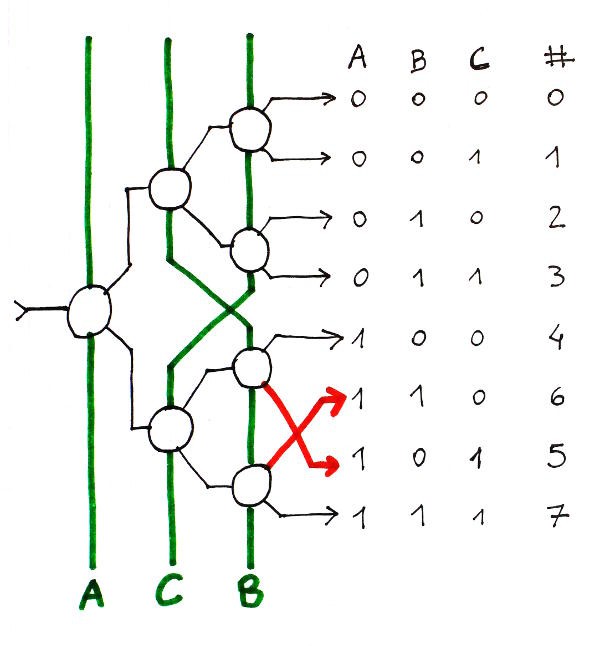 so outputs 5 and 6 should be swapped, and i remember I had to rewire them in the last prototype. Fortunately it's very easy to do.

20171007: Damnit, I had unexplainable shorts and now I understand why : the metal case is not insulated !

I have packed the LEDs close to each others and didn't think they should not touch the neighbours...

For those АЛ102 max allowed current is 20 ма at least.

BTW I don't see much increase in light output in the 10-20mA range... But I need to run in that range to light the filaments.

The LED array is just one fancy demo board so high reliability or longevity is not critical but I don't want to fry it :-)

I guess they will be reliable even at 50% overload.

Only reverse voltage is allowed 2V in datasheet, this is common for all LED. But i would simply try to apply more if needed, and measure reverse current, guess up to 5-6 V should be still okay.

These are GaP and when you begin to increase forward current terribly (up to 10 times), light change from red to orange to yellow and then to green. Will of couse highly overheat and last for only few minutes at that 10 times overload, but will not make smoke instantly.

The reverse voltage is my concern. I didn't think it was down to 2V but the circuit, in theory, prevents going much higher... Reverse current is not a big issue though.