Thanks to Fusion360 and 3D Printing I was able to modify an old TV stand to become a motorized turntable that I'll use for shooting video!

The old TV stand was only build to turn about 20°. Obviously that is all you need for such an application. But I figured that the overall design might be suitable for converting it to do a full rotation. There were a couple of obstacles like an incomplete inner gear and some other hardware endstops that had to be removed.

I used my phone to make an image of the assembly and used that for an attached canvas in fusion 360. After 3D printing a new inner gear I just had to glue that into the part in order to get a full 360° rotation.

A YouTube video documents the entire process of this project :)

My recent project is about turning an old TV stand into a motorized turntable. You can either read through my article or take a look at my YouTube video.

This box is basically just a large bearing with a couple of gears, a DC motor and some electronics. Lots of electronics... I have no idea why they need so much stuff in this simple device.

My initial idea was to reuse and reprogram the microcontroller if they had some sort of programmable logic in there.

But it turned out that there is so much going on on those PCB's so that it doesn't makes any sense to even bother reverse engineering some of that stuff.
Also they get their rotational feedback from a potentiometer which is attached to a gear. And that is not even capable of doing a full rotation.
So at the end of the day I figured that I have to scrap all the electronics and come up with my own solution.

First I removed the electronics and then reassembled the gearbox.
Since the one gear attached to the potentiometer is now missing I had to ensure that everything still operates fine. Lucky enough it was just to get rotational feedback and was not necessary for the thing to spin.

So lets take a look at the outer housing. That's actually the part that has an inner gear which gets turned around by the gearbox. It's only partially covered with teeth so in order to be able to get a full rotation we need to design ourselves a new gear.

First I thought about designing something that fits around those teeth.
But then I figured it'll be better to remove everything and insert a fully closed and brand new inner gear.

So how can we do that? There are many possible ways to design that new part.
I could have measured the size and amount of those teeth in order to replicate them in Fusion 360. Another, more practical method is to use something called an attached canvas. That is where you can insert any image into your design and use that as a reference. 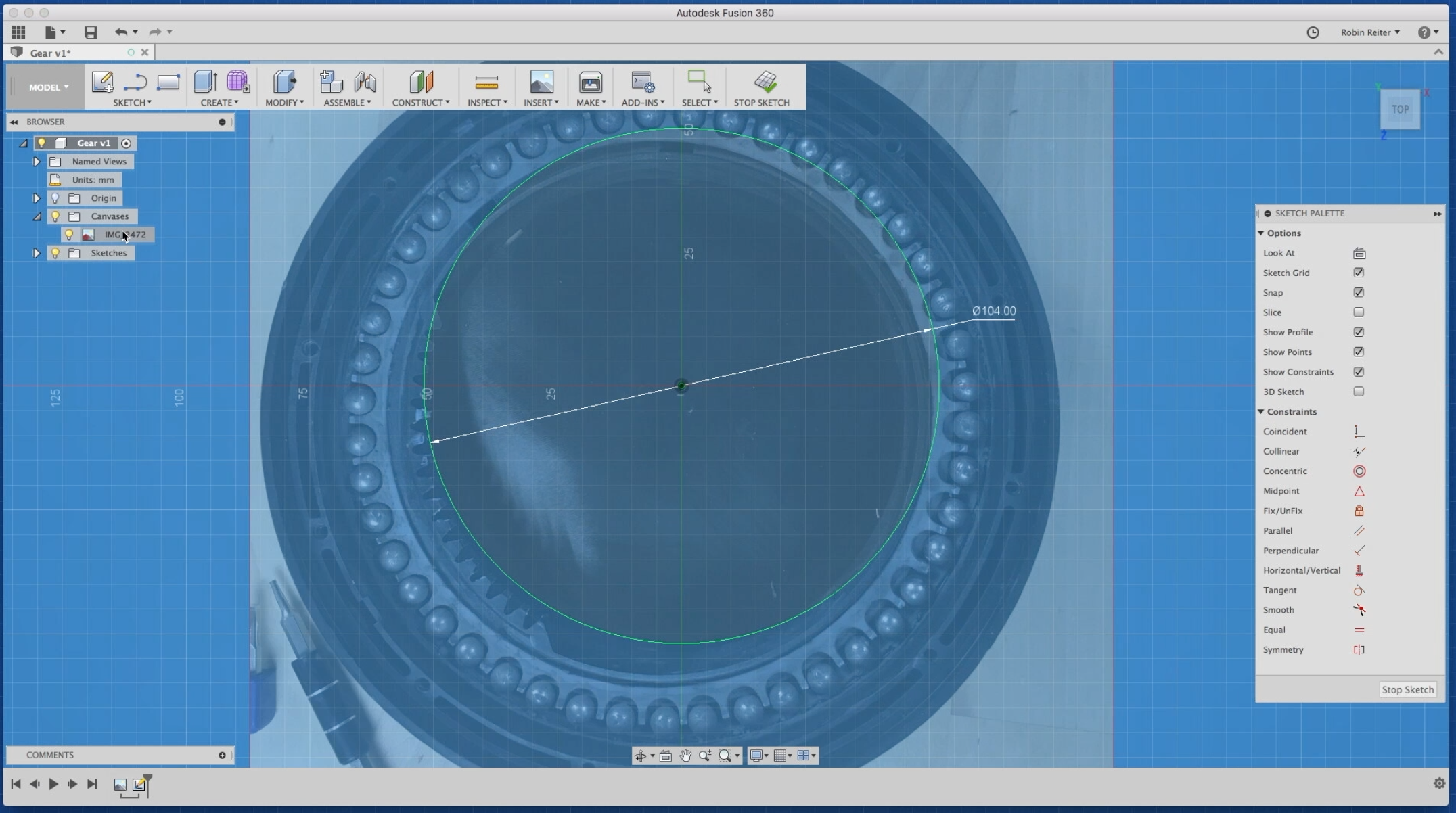 With the help of this image I replicated the inner teeth but spread them across the entire circle. 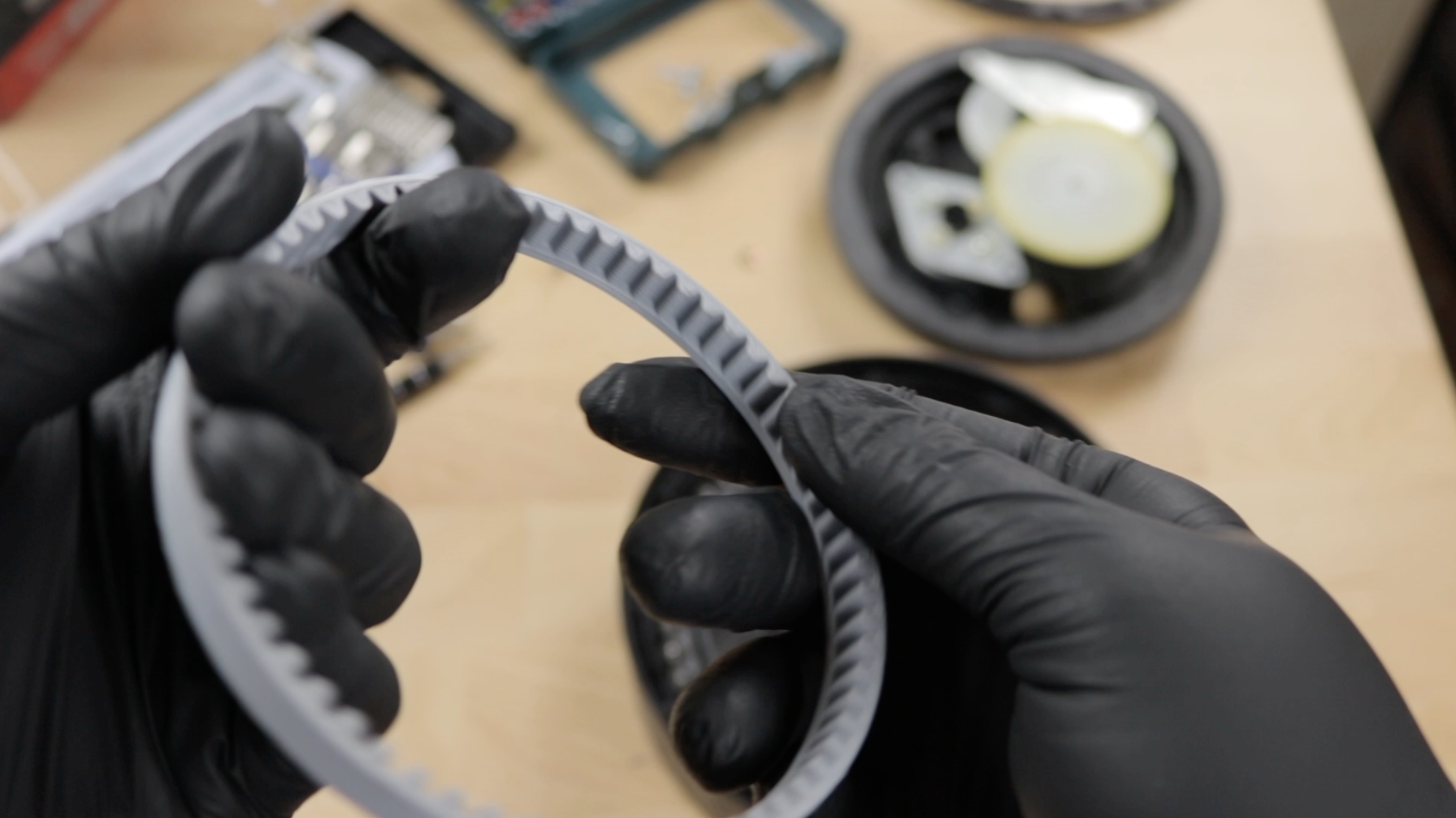 After cleaning all surfaces I applied some CA glue to the new gear and stuck it into the part. I also had to cut away one of the motor mounting posts in order to give the new inner gear some room. To quickly test it I clamped it into a vice and connected my lab bench power supply. And this thing works just perfect! Its very quite and also has a pretty decent torque!

Also I'll make my self a couple of round cover plates onto which I can put objects that I like to film. 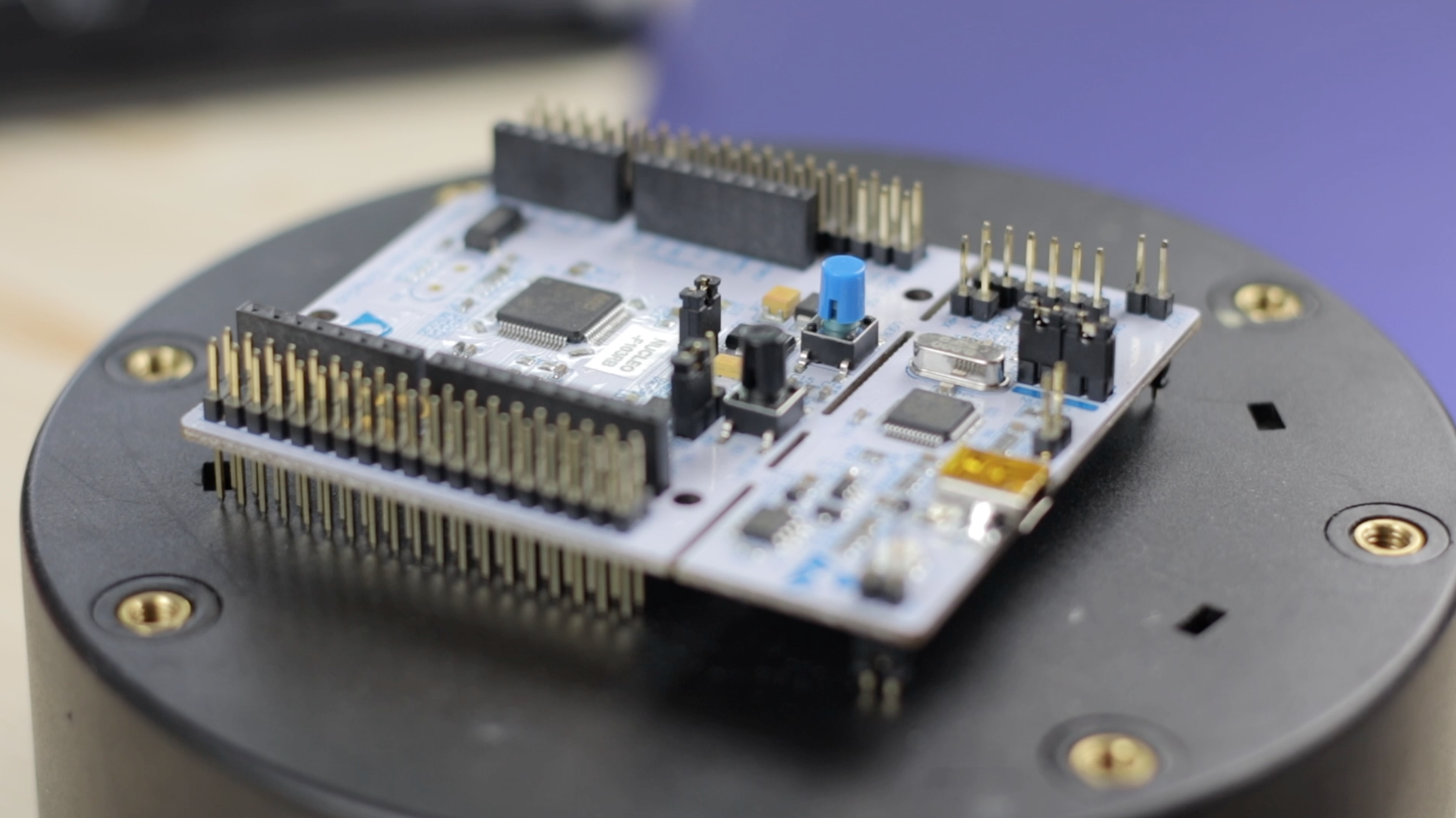 I really had a great time making this project.

The 2016 Hackaday Prize
A very simple but cheap solution to change endmill bits on a CNC Machine.
Project Owner Contributor

A peristaltic pump you can 3D print! In a tiny 1.5" Package!
Project Owner Contributor