This is the standard thing for controlling servos, which I already made for D1 Mini and for OpenMV. Now it's time for the same thing for the Trinket. Except there isn't that much space there, so I'm going to do it with 1.27mm servo plugs (good for some of the sub-micro servos). Shortly after I ordered the PCBs I realized that I swapped the SDA and SCL lines again. So I made a fixed design, but this time I spaced the servo sockets a bit, to make sure I can use those pico-blade sockets for them, and made the whole thing into a robot base – 1×1 inch. 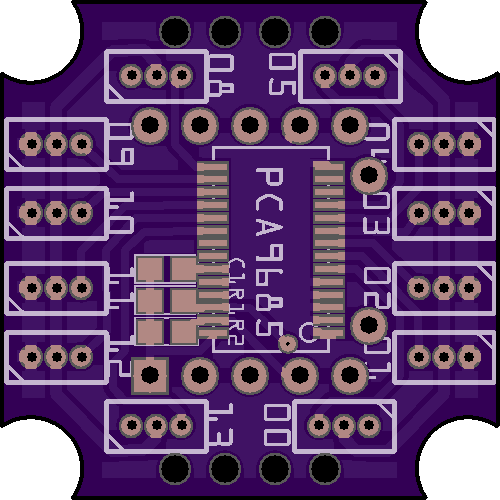 This came today, and I assembled two boards. One is for the #Pony Bot, and there will be a separate update for it, and the second is for a new spider robot that I'm considering: I am not sure yet how it will look or whether I will keep this battery on top — probably not. Anyways, once that's done, I decided to redo the PWM shield in the small version, but try to fit all 16 outputs. 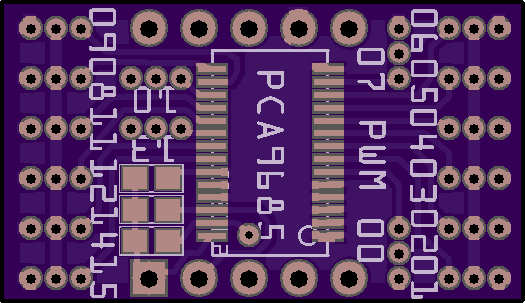 It's a little bit tight, but should work. I could even probably fit the address-selection jumpers on the back, but decided against it. 16 servos should be enough for a small Trinket.

By the way, the servos for that robot? Turns out that HobbyKing changed their connectors, they now use a JST 1.0 instead of a pico-blade. Which have 1mm pitch, not 1.27mm. Sigh.

Trinket M0 TFT — Mirrors, how do they work?