A workshop on IOT including a simple IOT device using Wemos D1, a DS18B20 temperature sensor, a battery shield and a rechargeable battery.

To exemplify the IOT concept I built this project based on:
- several hardware remote nodes, each using a microcontroller, a sensor and a communication modem
- the backend, comprised of a data interface (data API and a database)

This is a support material for a workshop I'm doing at Balccon2k17 in Novi Sad / September 2017.

IOT stands for Internet of Things and refers to small devices equipped with direct internet connectivity, without needing an external computer. They are usually composed of a main microcontroller and an additional connectivity (eg. ESP8266 for Wifi, ENC28J60 for Ethernet) or they are complete SOC including both the processing unit and the connectivity modems in one single package. Regardless of their form or shape, these devices open new applications for remote sensing and controlling, and bring system automation to a new level of performance. Examples of such devices were presented on this blog even before IOT was coined as a buzzword. See the Ethernet controlled power relay based on enc28j60 or the development of first prototypes of what is now uRADMonitor.

To exemplify the IOT concept I propose the following architecture: 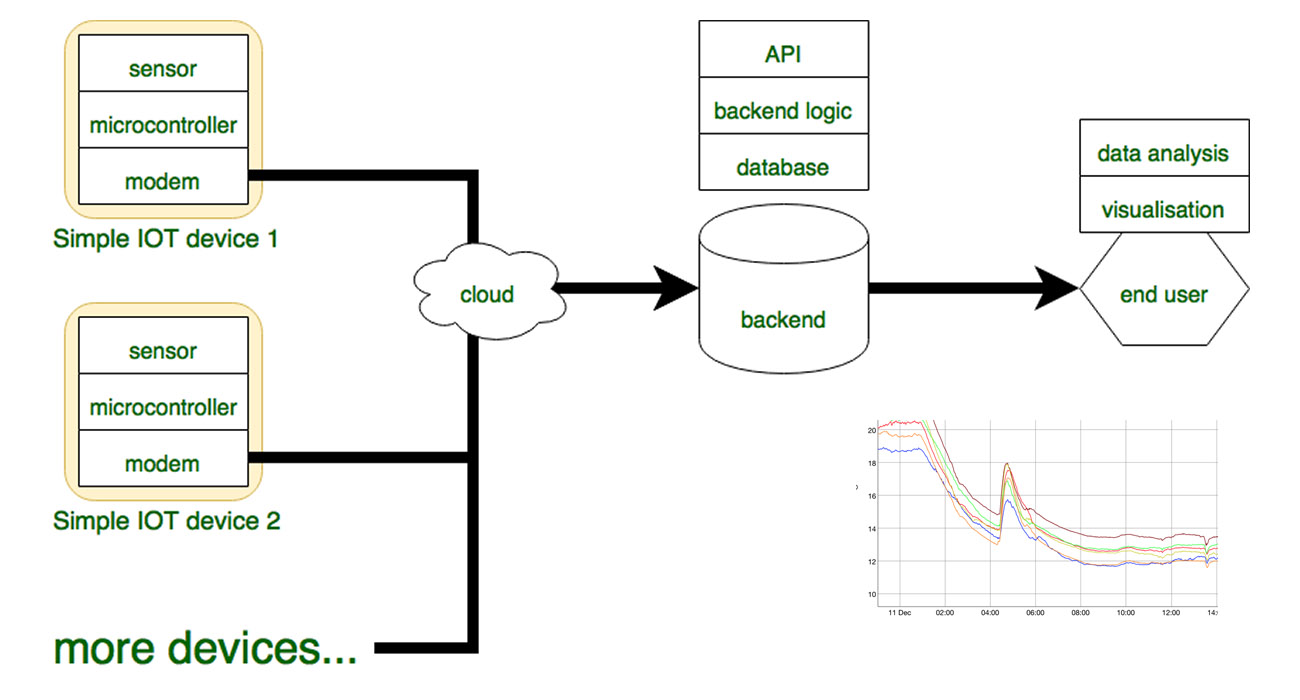 On the hardware side, we need the following components:

For the backend I will demo using the open source EXP server protocol introduced with the KIT1. This is handled by the uRADMonitor server, but alternatively a simple PHP script can be used too.

The PCBs can now be stacked in the proposed order, with the Wemos at the bottom and the DS18B20 sensor at the top. Here's the assembled device:

With the simple IOT device ready, we need to program it. The firmware needs to setup the Wifi connection to an Internet Wireless Router, then periodically read the temperature values and send them to the backend. Before we can start, there are few tools we need to install:

Finally, we're all set and you can select the Wemos D1 R2 & mini from the Tools -> Board menu: 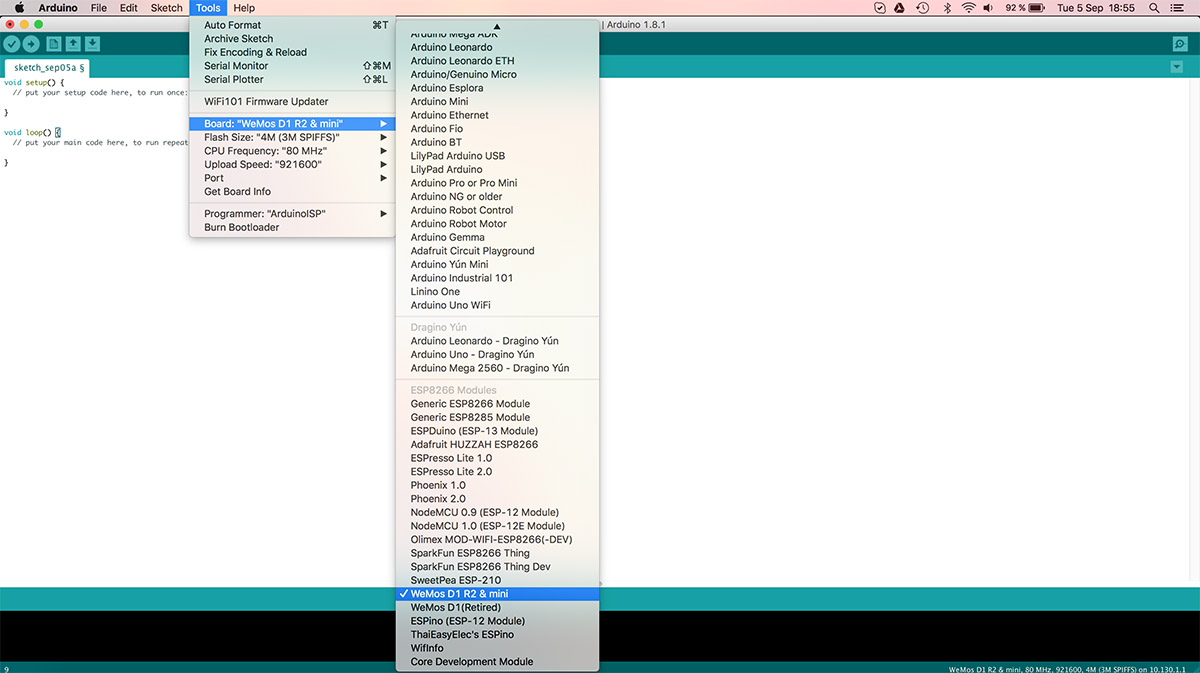 Under Tools -> Port, select the corresponding serial port as allocated to the CH340G connected to your USB port. Go to Tools->Upload speed, and select 921600.

Create a new Arduino sketch. We will be using a few extra libraries: the OneWire and the DallasTemperature, so go to Sketch->Include Library->Manage Libraries and add them:

Now we need to add ESP8266 code logic, to make the module connect to an Internet Wireless Router at program start, then periodically read temperature and send it to the backend.

The EXP protocol was introduced with the open source KIT1 design, to implement a way of building custom IOT devices...

In this project, we will create an email alert of machine vibration and temperature using the Ubidots-vibration sensor and ESP32.
Project Owner Contributor