I am addicted to manual products like analog cameras or to writing with quality analog pens. As a keyboard is a component of my everyday worklife it was only a matter of time for me to consider typing on a mechanical one.
I started with zero knowledge and the first thing I did was to destroy a fully functioning cherry G80 3000 in order to get the controller board. Initially I planned to connect it to an old laptop keyboard that I had lying around. After several hours of work.... many many hours of work I got addicted and I am quite happy with my first handwired mechanical 60% keyboad. let's call it ARABICA (...like the coffee bean,.. you know what I mean,....I like coffee) 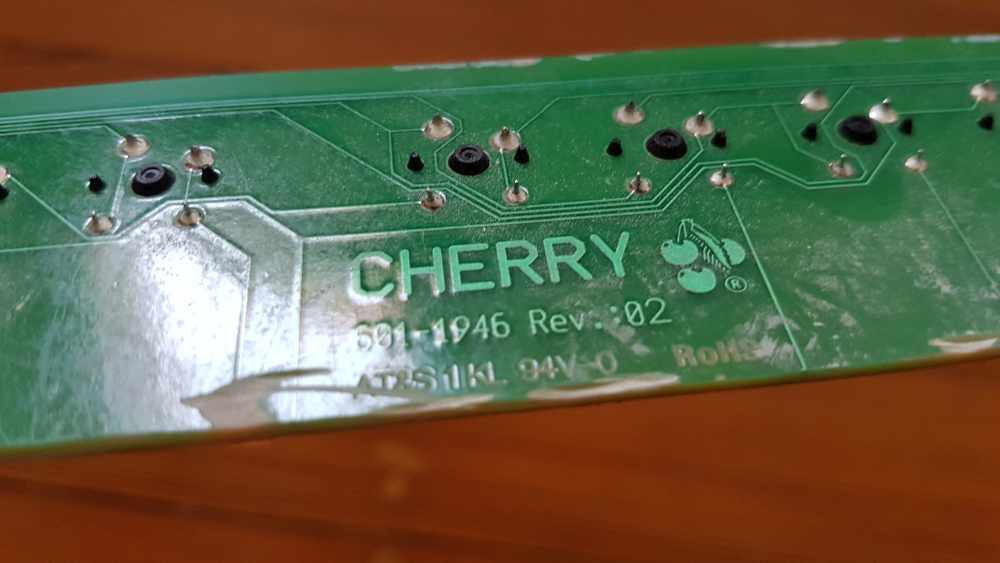 In the beginning I had the hope that I could use the existing pcb traces but realized soon that I would need to handwire the complete board. 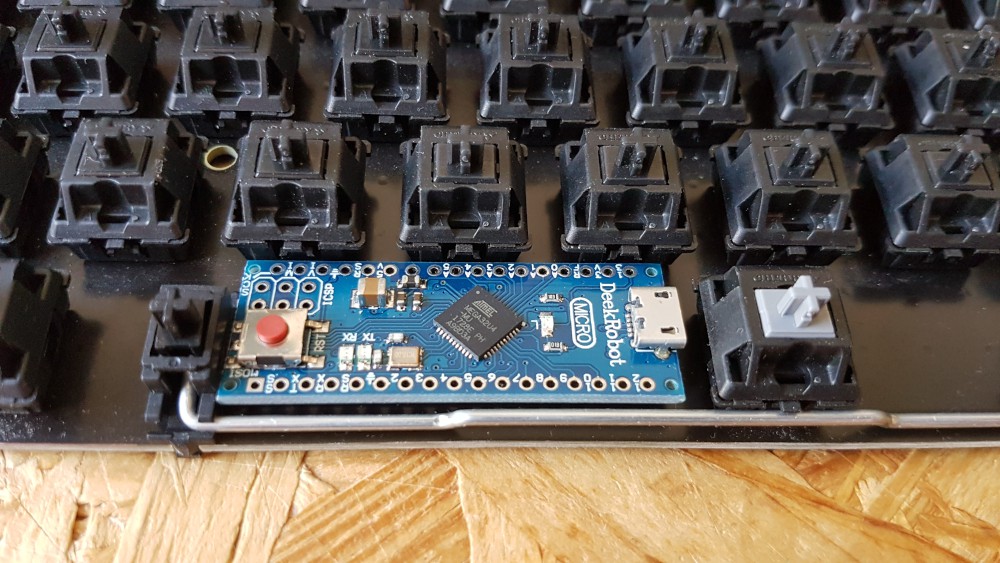 I found a good spot for the Arduino micro clone (Atmega 32u4) but had issues with the micro usb connector. 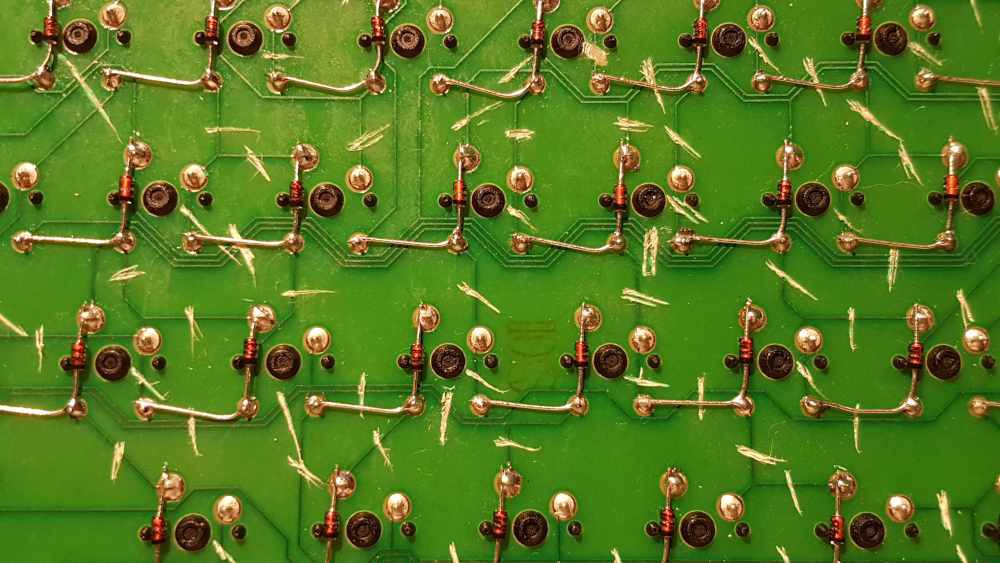 The pcb finally ended up simply as carrier plate for the cherry mx black switches. I disconnected all existing pcb connections to be able to handwire the board. In addition I used the metal wires within the switches to solder the rows - probably more an aesthetic decision. 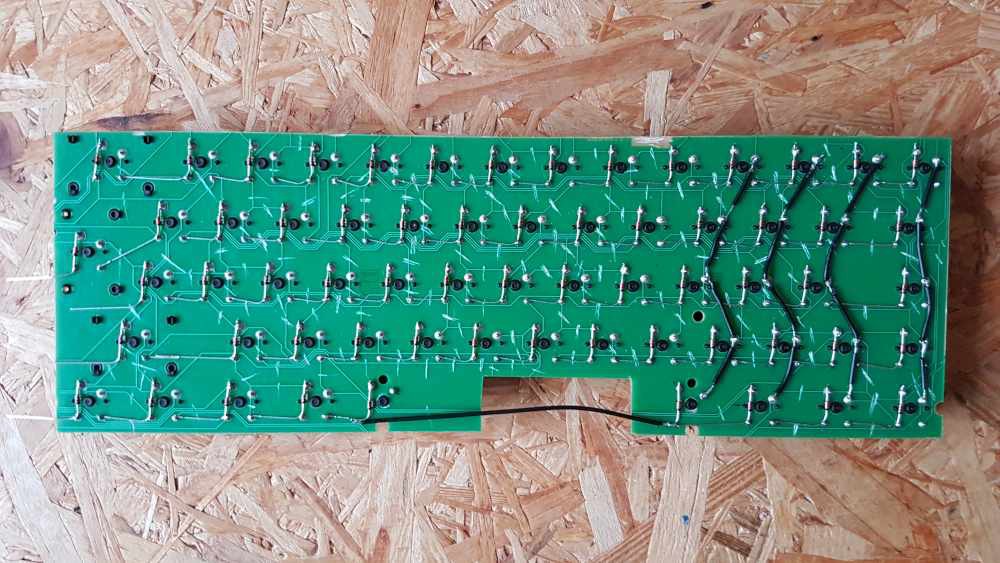 By soldering the two spacebar switches in parallel only a single keypress is registered when the switches are not hit at the same time. It actually works quite well and the space bar sits stable in the keyboard. The only part that I will change in the future are the switch types. Two cherry blacks require 2x60cN activation force, which is simply too much. When hitting the space bar not centered only one switch gets activated but when hitting in the center it simply requires too much energy to push the switches down. Probably two cherry mx reds will work better. 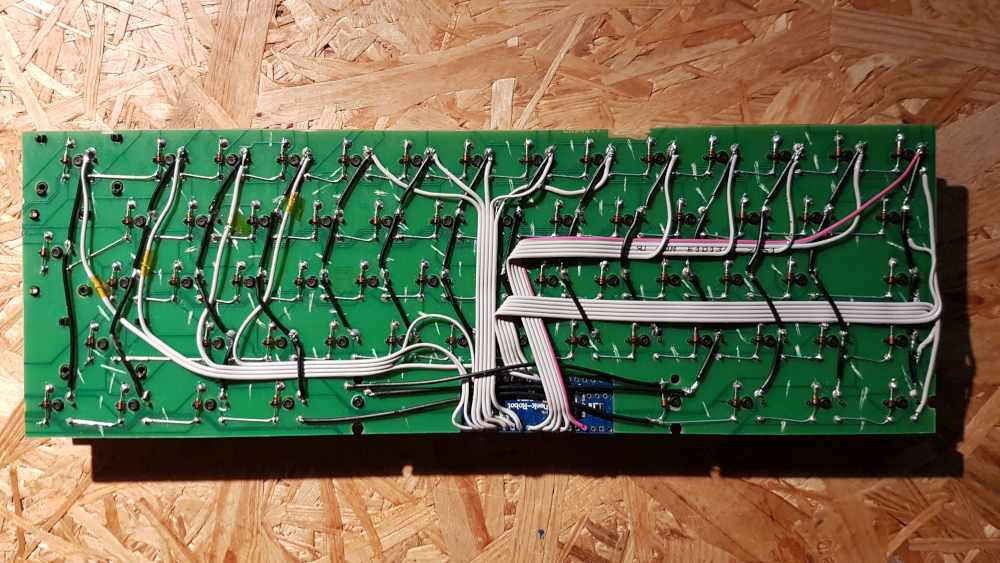 Everything is connected and tested. 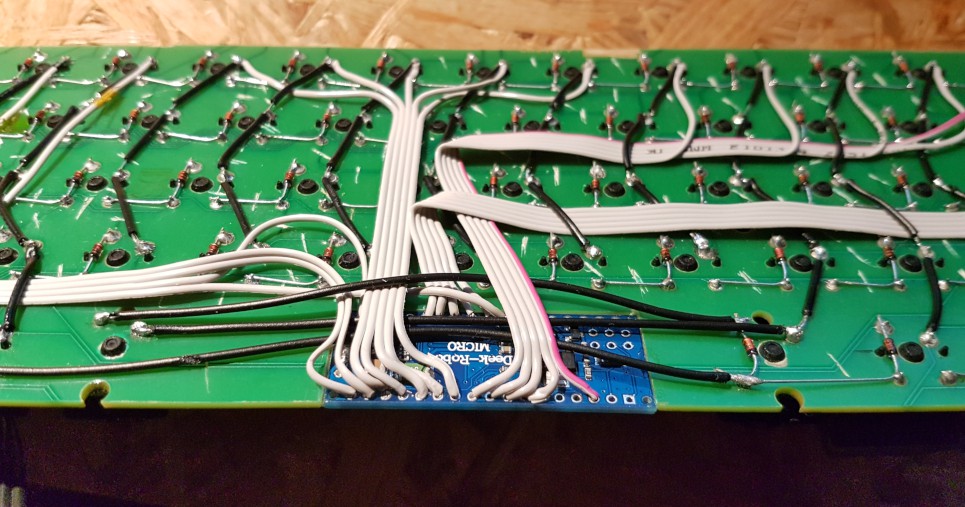 I finally placed several 5mm rubber spacers on the underside to level the board. The salvaged IDE cable (grey) that I used for wiring is quite thick. 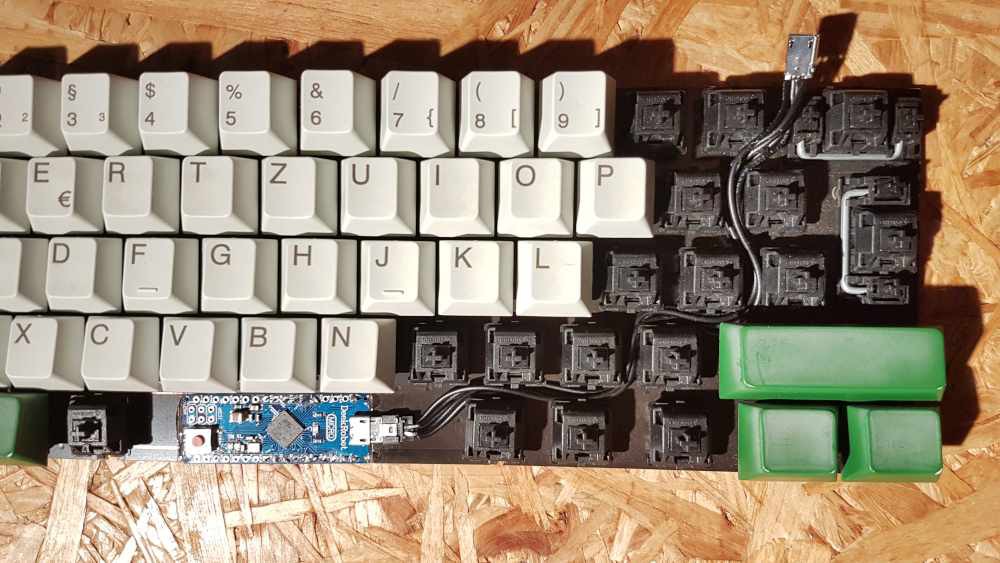 On the top side I routed the usb cable between the switches to the backside of the board. 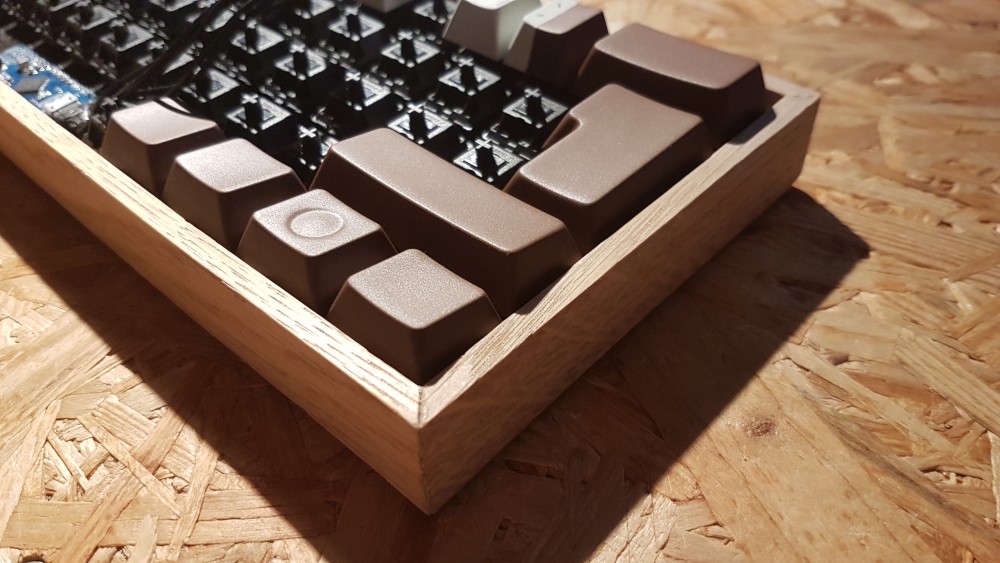 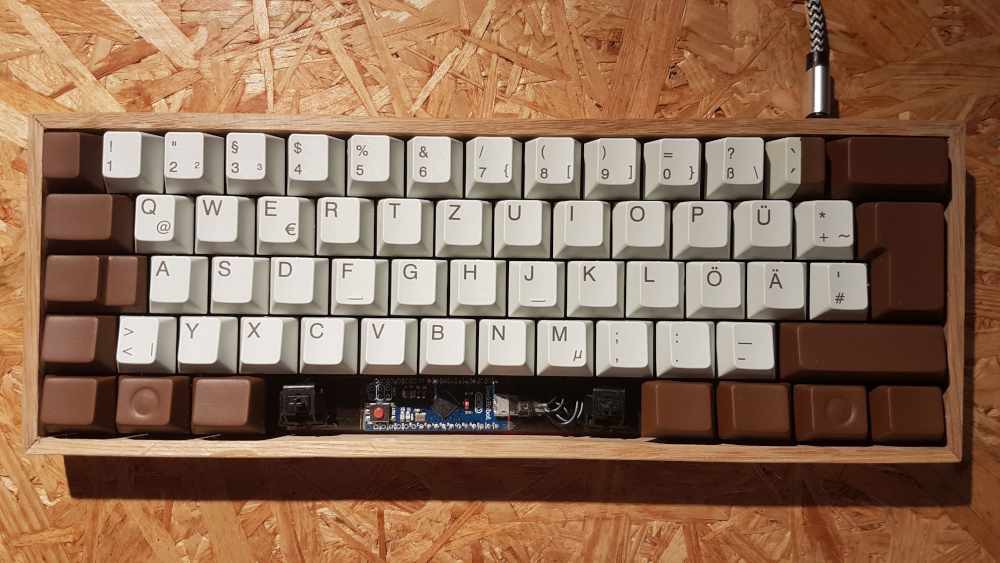 Is that a keyboard in your pocket?
Project Owner Contributor

36 keys should be enough for everyone
Project Owner Contributor