Projects that control your TV, stereo, and more

When I first got my Griffin Beacon it was the most state of the art universal remote, with severe limitations. After Griffin discontinued the product and stopped updating the app it became a dust collector. As my collection of wireless devices increased the more I needed an all in one remote. I always have my cell phone so the Beacon seemed like the perfect thing. But a lot of the lights and outlets in my house were RF controlled. Which sparked this project.

With so many wireless devices around the house, I wanted a better way to control them. After fiddling with different projects to control them such as making an Arduino connected with an Ethernet to display a web page and programming a small remote. I found that i needed a better user interface and the ability to connect to it easily. Enter the Griffin Beacon, i found a few online very cheap and it is a good backbone for a smart remote.

The circuit is simple in that it acts as a relay from the signal of the IR. The USB power eliminates wasting batteries. Using at least a 1 amp USB power supply is recommended. There is a sleep function that is built into the Beacon which will still work. 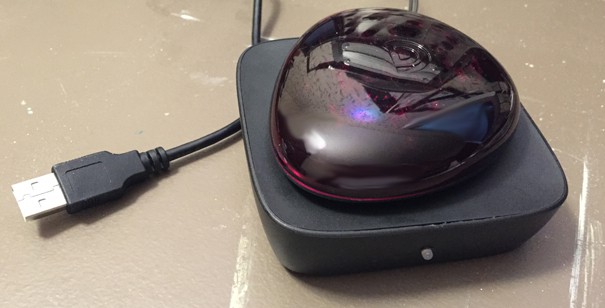 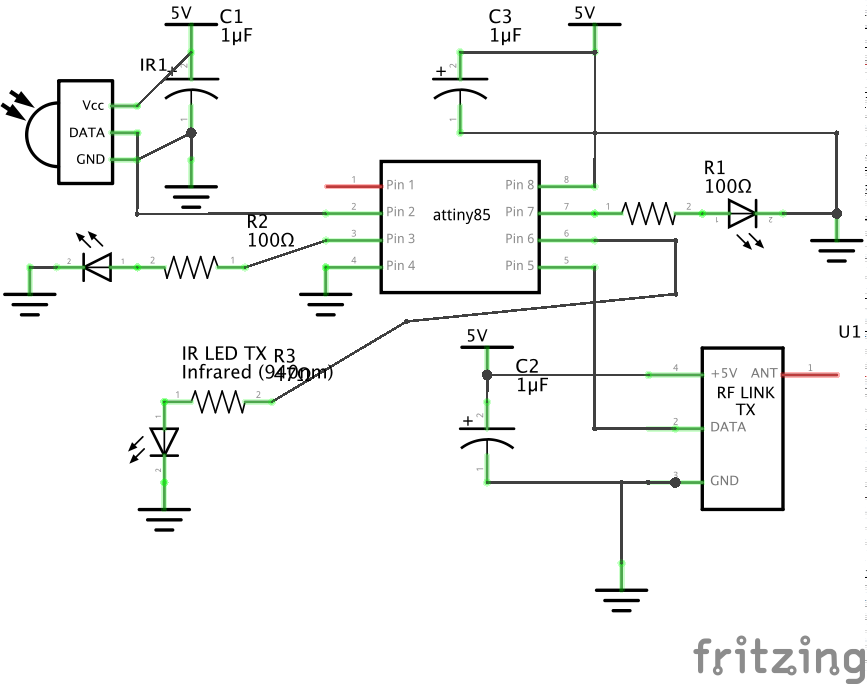 Below is a basic schematic of the circuit. The LED I used was a three pin common cathode RG LED to indicate the Attiny received and sent commands.

Below is my Arduino sketch that you can use and modify depending on your remote codes. I used an Arduino to program the Attiny85 using this guide and set the programmer board to ATTINY85 @ 8 MHz (Internal oscillator, BOD disabled)

Where is the code?