A portable, battery powered device that sounds an alarm when your bag is moved. Once armed, can only be turned off by your secret code.

I thought for a little while it wouldn't all fit, but I managed to squeeze the entire prototype onto a small little PCB that will fit into a project box that I have, with the buttons and LEDs on a bit of perf board that will replace one of the ends of the box.

It took me sometime to figure out how to lay it all out (I took a picture of the blank PCB, printed it out, and drew on it), and then it took a solid day and a half to actually do the soldering (thankful for holidays right now!). There were a few moments were I thought I had screwed it up, and it is a bit of a leap of faith because you need to wait until it is all done until you can really test it.

BUT, it is finished, and it works!

You can see most of it in the pictures. There are a number of wires running underneath the TrinketPro, which was the last thing to be added. 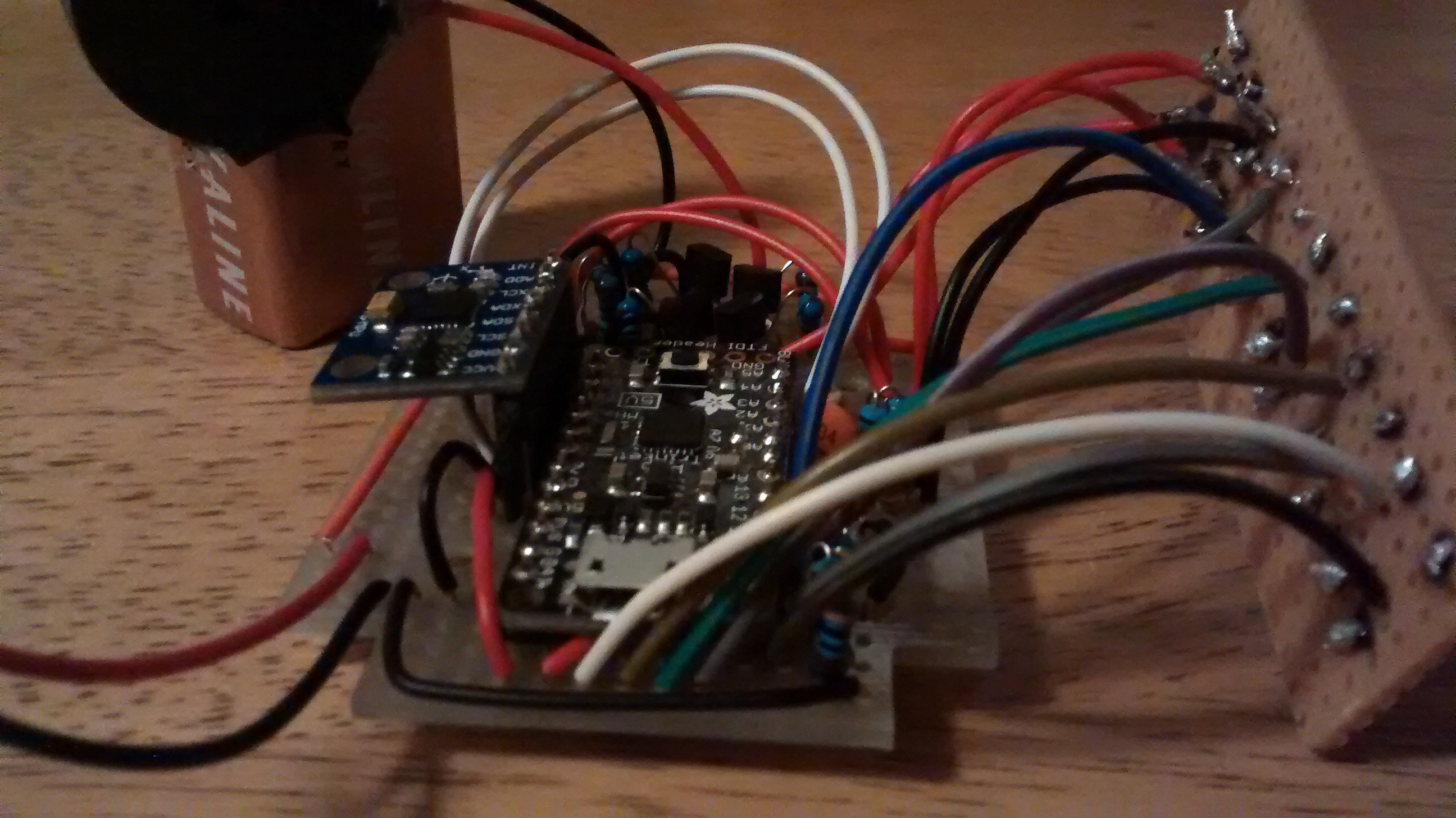 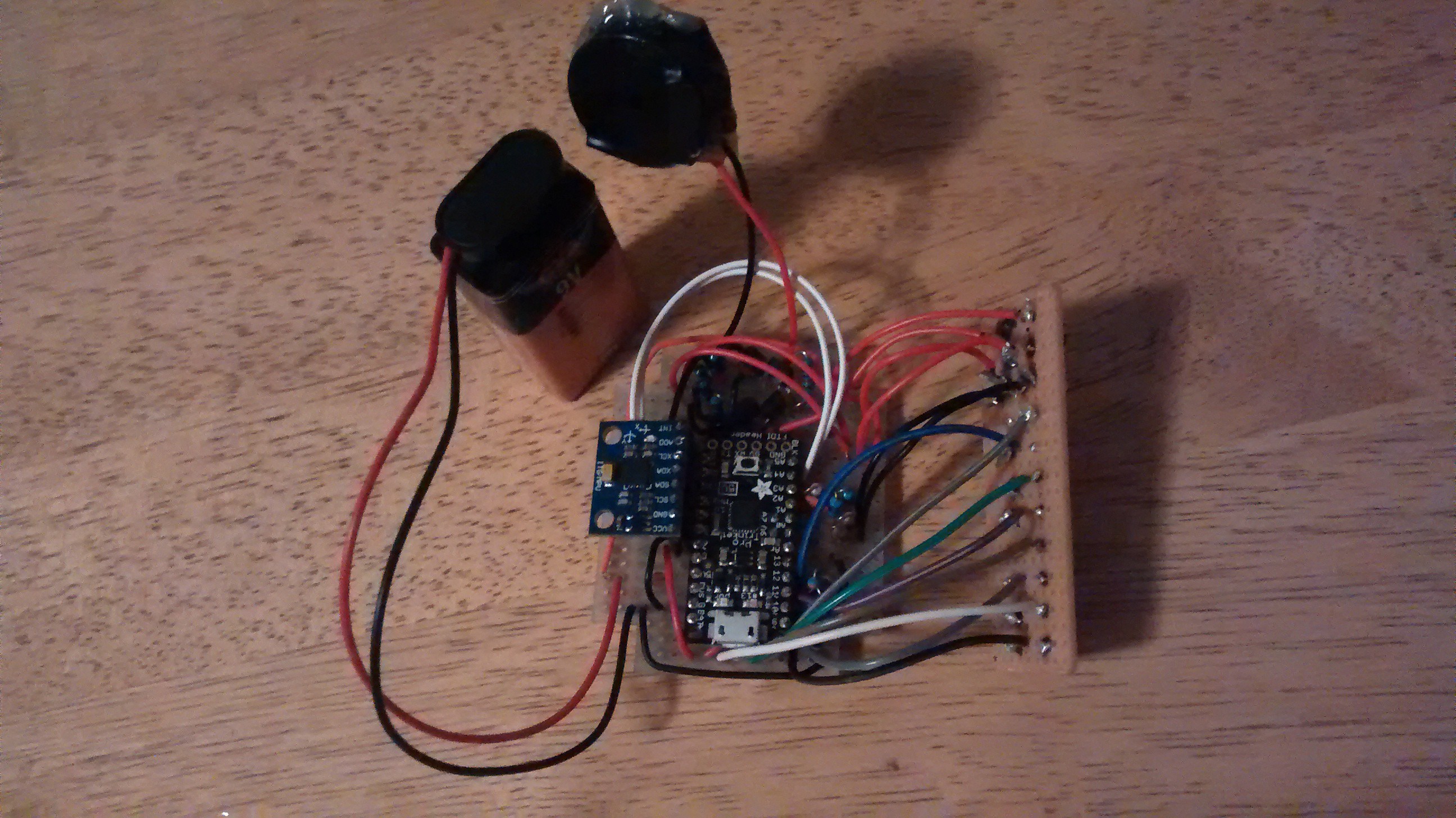 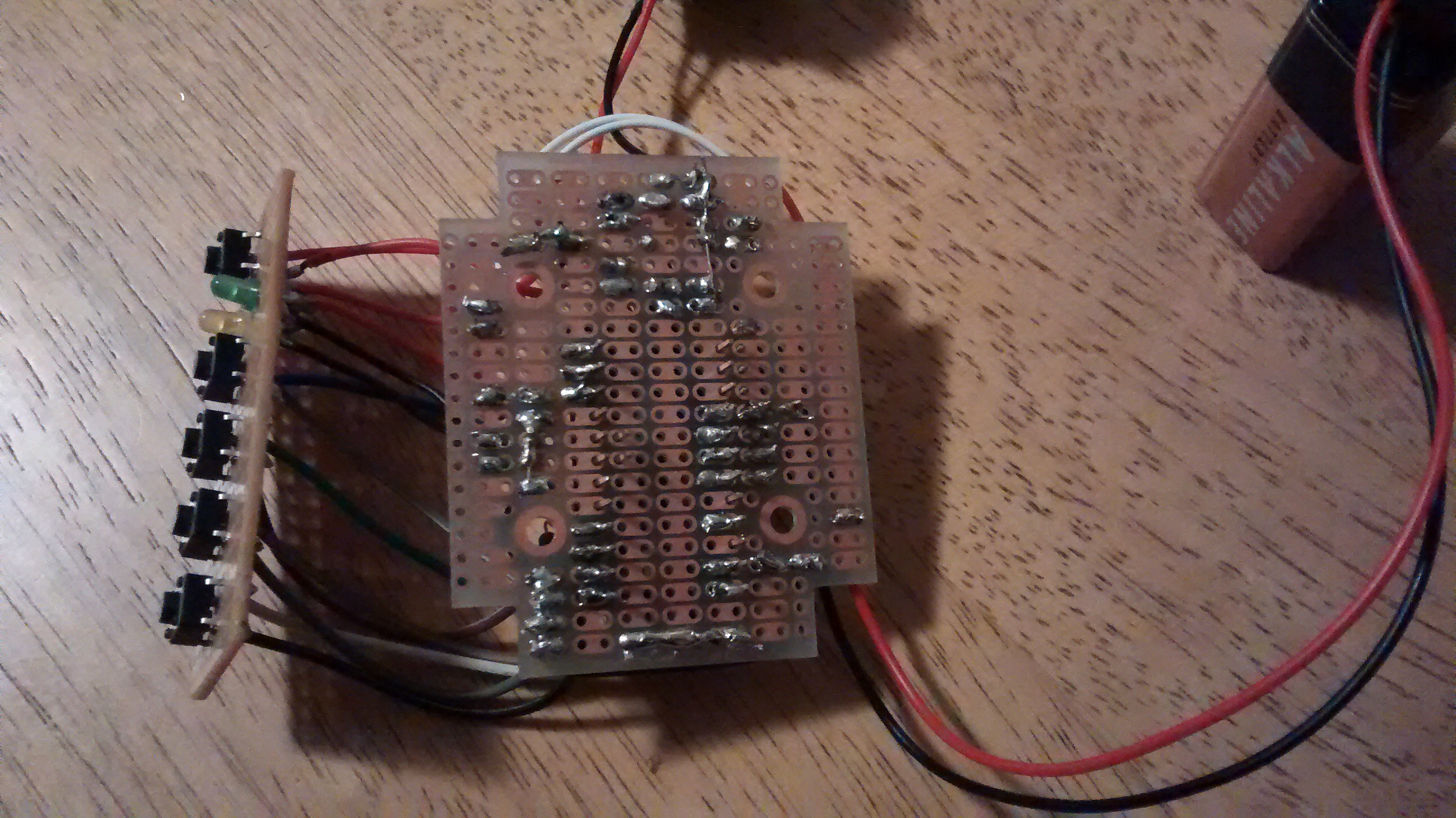 And a video of it in action:

Here is the video of the soldered device: