A project log for Raspberry Pi with 2.8 inch touch screen

I'm thinking about recreating Adafruit's PiGRRL, except in a different form factor

So the game has changed slightly in the world of the Adafruit TFT displays on the Raspberry Pi:

I was limited to NES and MAME originally, but now that there's a good tutorial on getting the framebuffer copy support working, This is something I'm going to do, which opens up the world of emulators. I have to refine my control setup, so I can have the proper controls for the emulators I want to use. I think the ones that matter most to me in addition to the NES are:

I have enough free GPIO for the all the buttons on the SNES, so the problem now becomes where to locate the L and R buttons. I wanted to have a flat, original DMG style system, but I might have to retool for an original GBA layout, with the controls to the left and right of the screen and the shoulder buttons on top.

Either way, I still have to cut out he PCB portions that go under the button pads, and solder them to the GPIO. Here you can see my pencil lines around the parts of the board that is gonna be cut out: 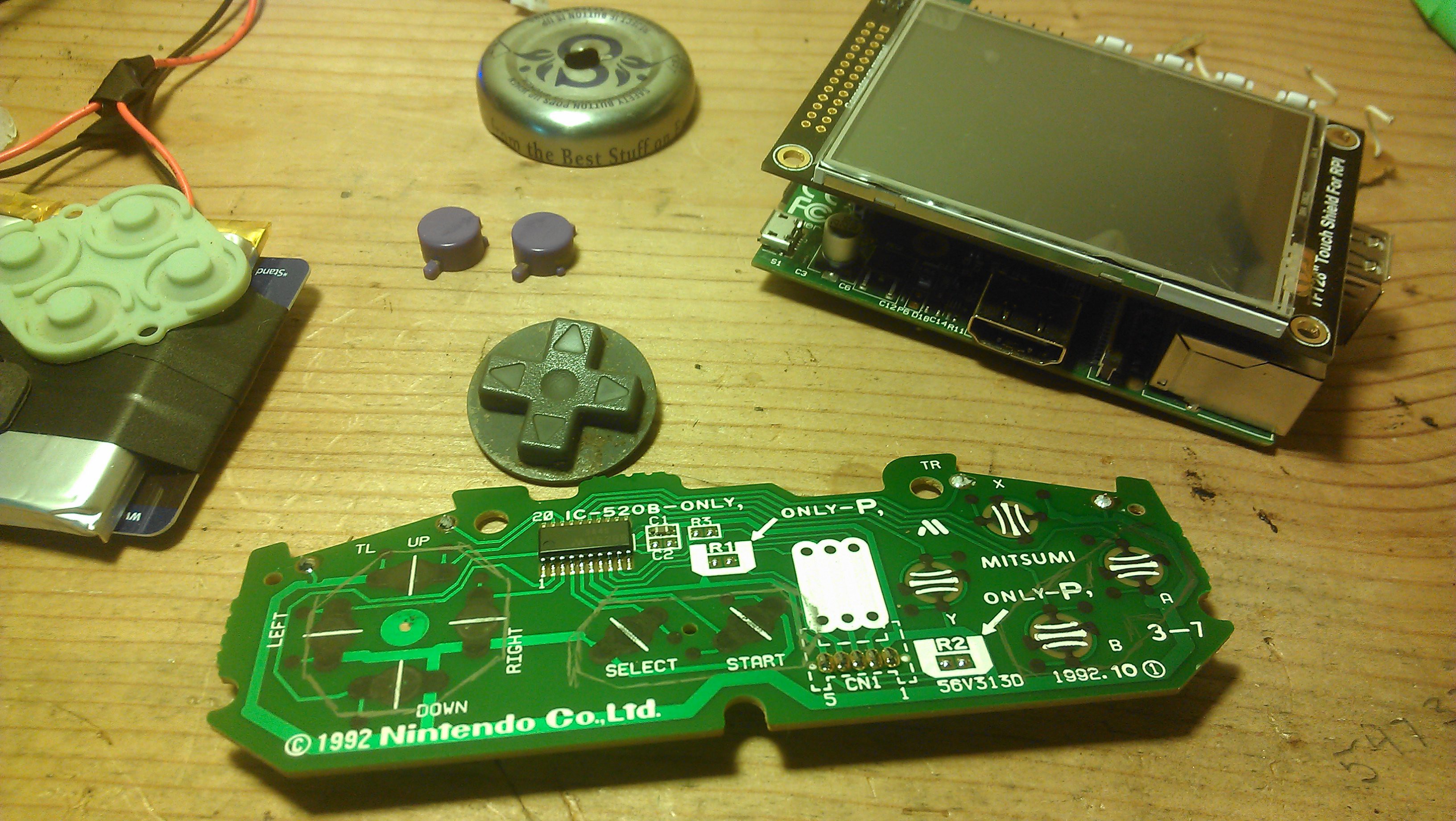 Now I just have to take this control layout: And put it to either side. It might be better to keep the batteries together behind the screen and just move the controls to either side. I'm still not set on it though, and I may figure out something better before I get to that stage. Currently my to-do is wire up the buttons to the GPIO after cutting up the PCB and then get my selected emulators running with FB copy. After that all works, I still need to desolder all the "extras" on the RPi that I'm not going to be using.