About a year ago i figured out the connections to put an ipad mini retina screen onto an oculus rift, this is our story.

In 2013, I wanted a higher res screen for the rift, so when the ipad mini retina in november, i bought one and immediately tore it apart, figured out the connector required and pulled in the normal IPAD retina to DP board that mmca had put together when I'd originally been looking at the larger screens. Arko and I spent a day poking around with it and soldering in teeny wires to a breakout board.

First i made a board using mmca's design for the big IPAD screen, i broke it out to pads so we could jumper wires in. 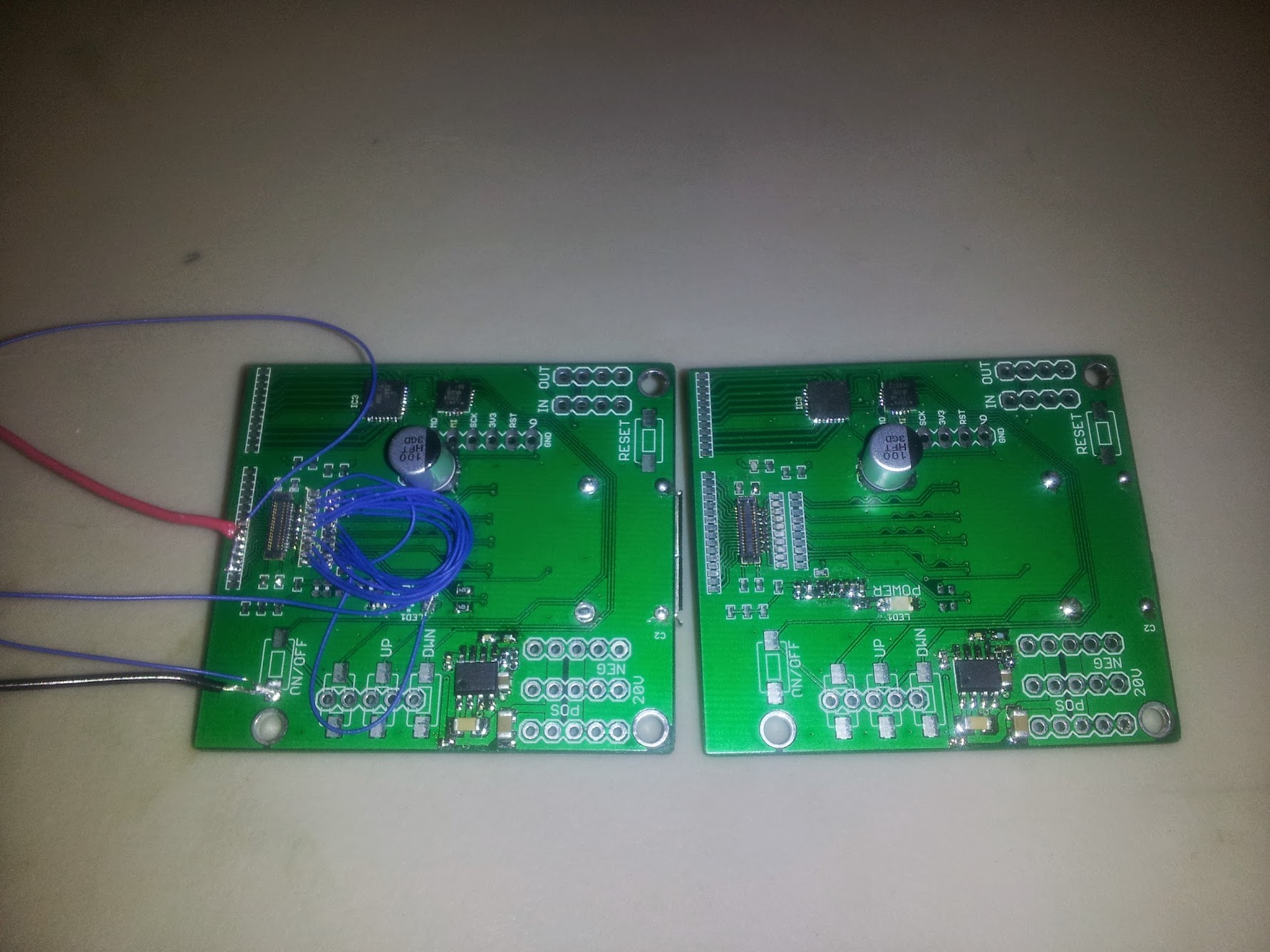 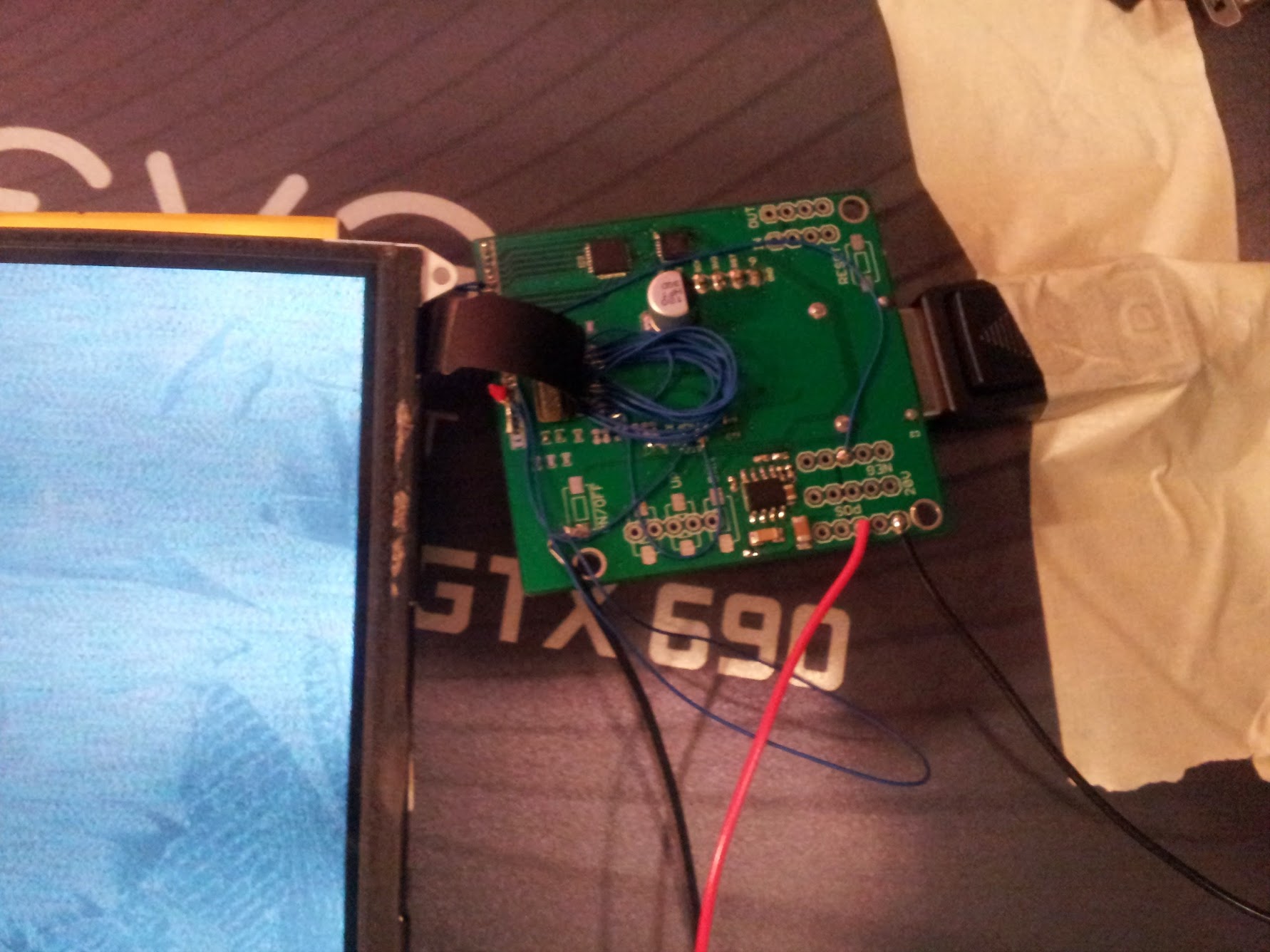 First we got the DP lines up with no back lighting and just put a bright light behind it we could see the image of my pc's display and thought it was correct, maybe a bit noisy.

Once i figured out the lines to the LED's to do the backlighting, I could see the display wasnt correct at all.

I realised the lanes weren't int he right order, so rather than undo Arko's awesome jumpering work and redo i decided to just chop up a display port cable and made a breakout cable. 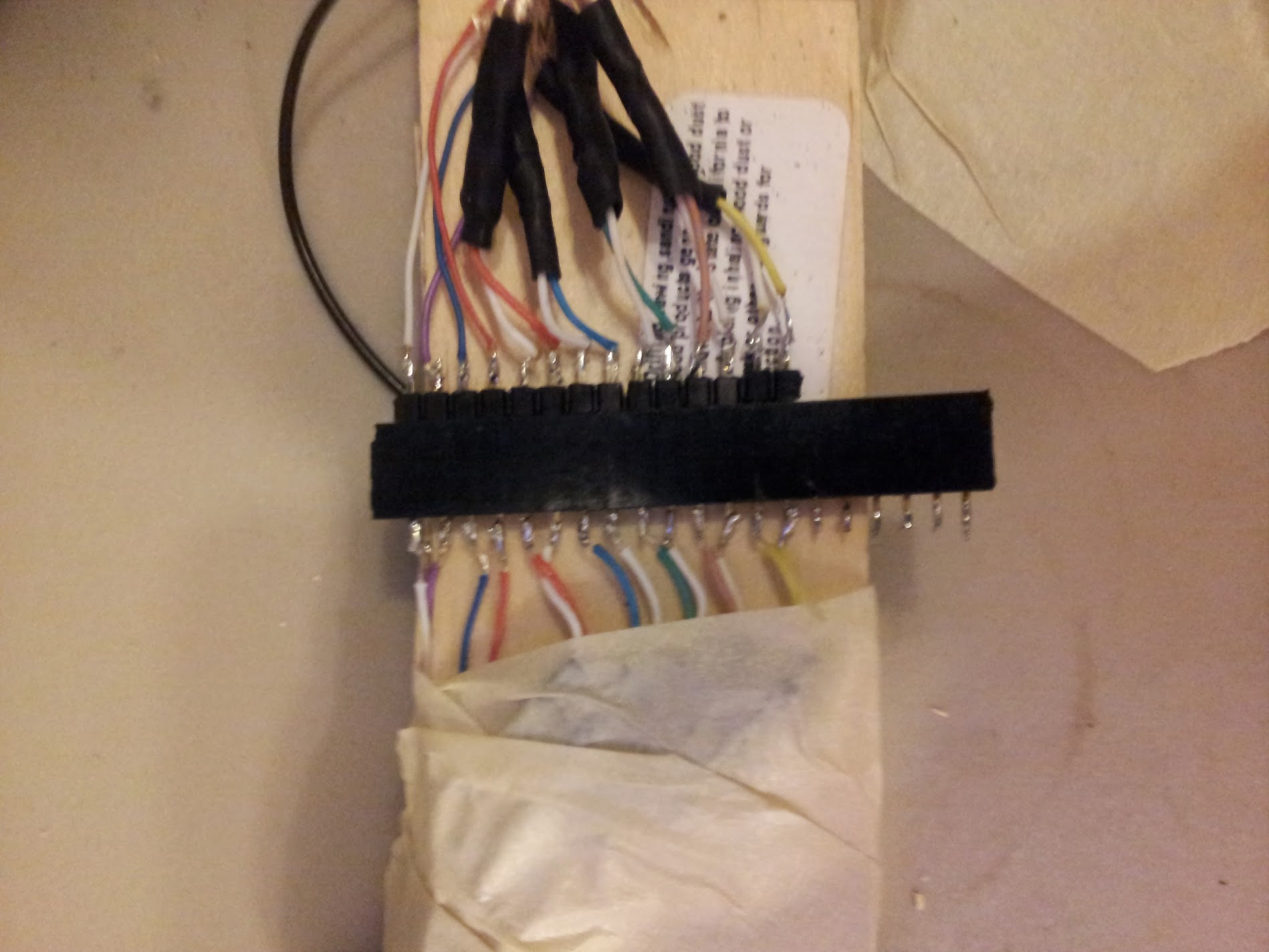 This was a lot easier and it didn't degrade the signal, DP is pretty amazing. it only took me a few minutes to spot the mistakes and wire it correctly so it displayed correctly 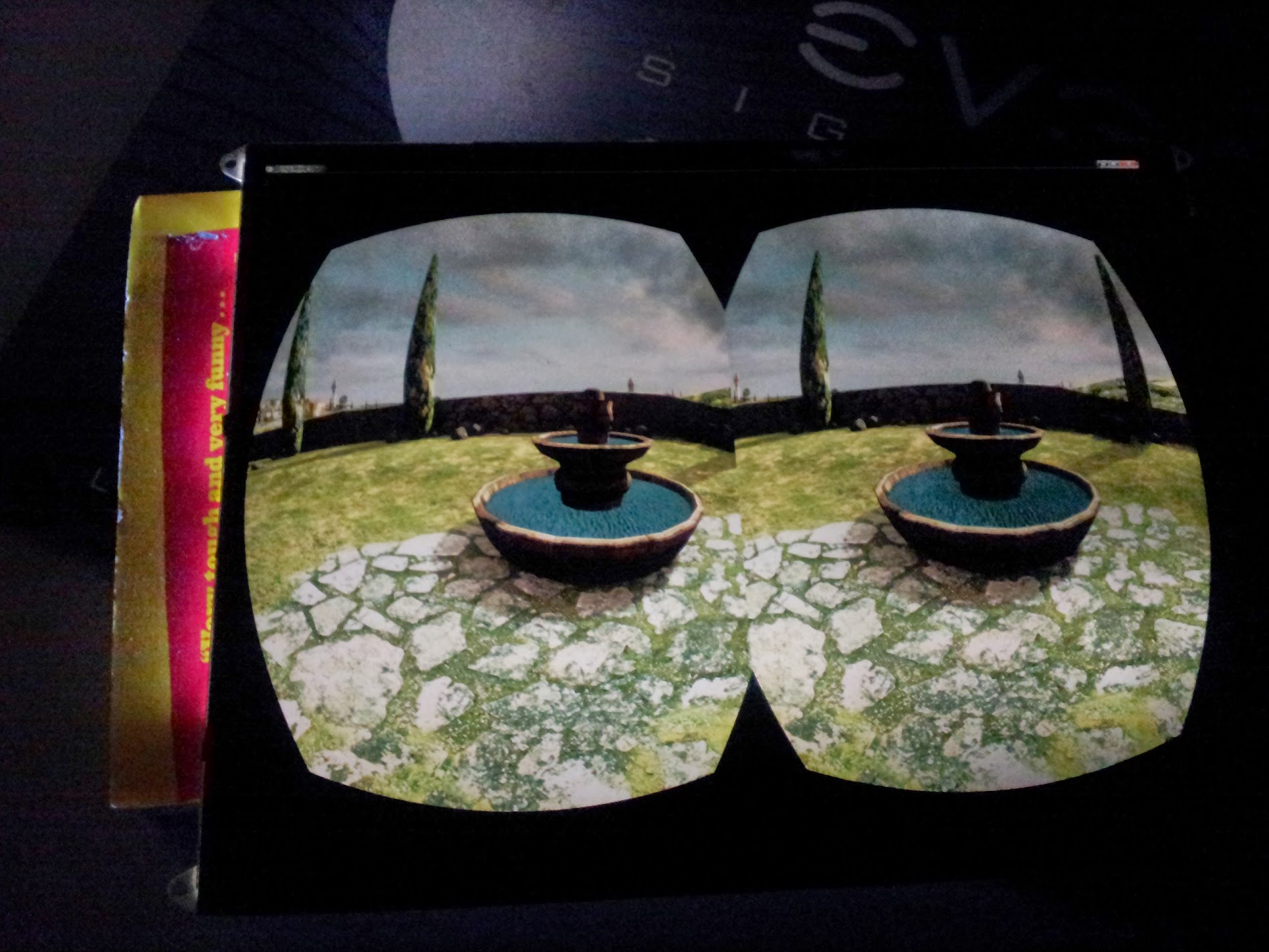 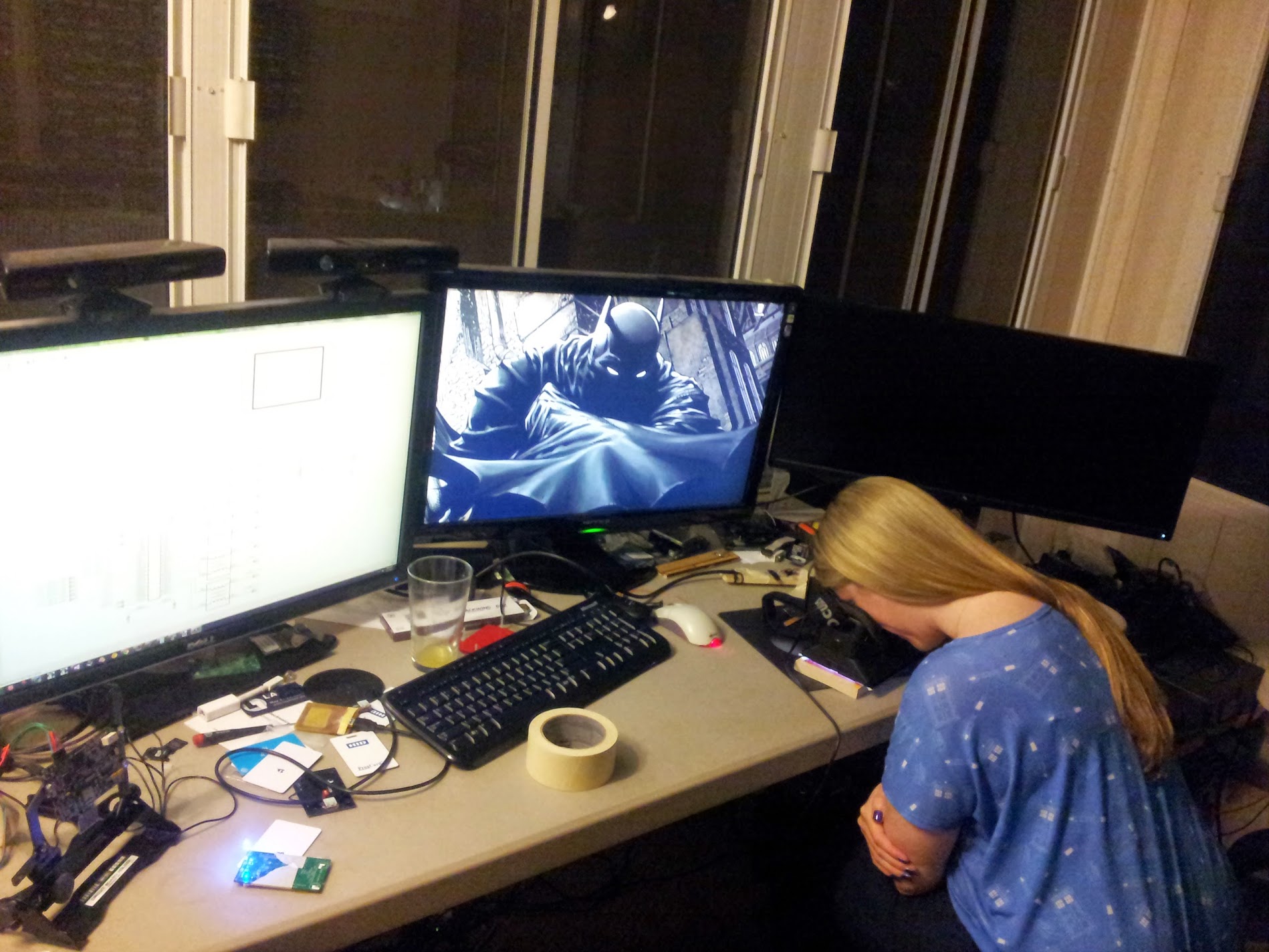 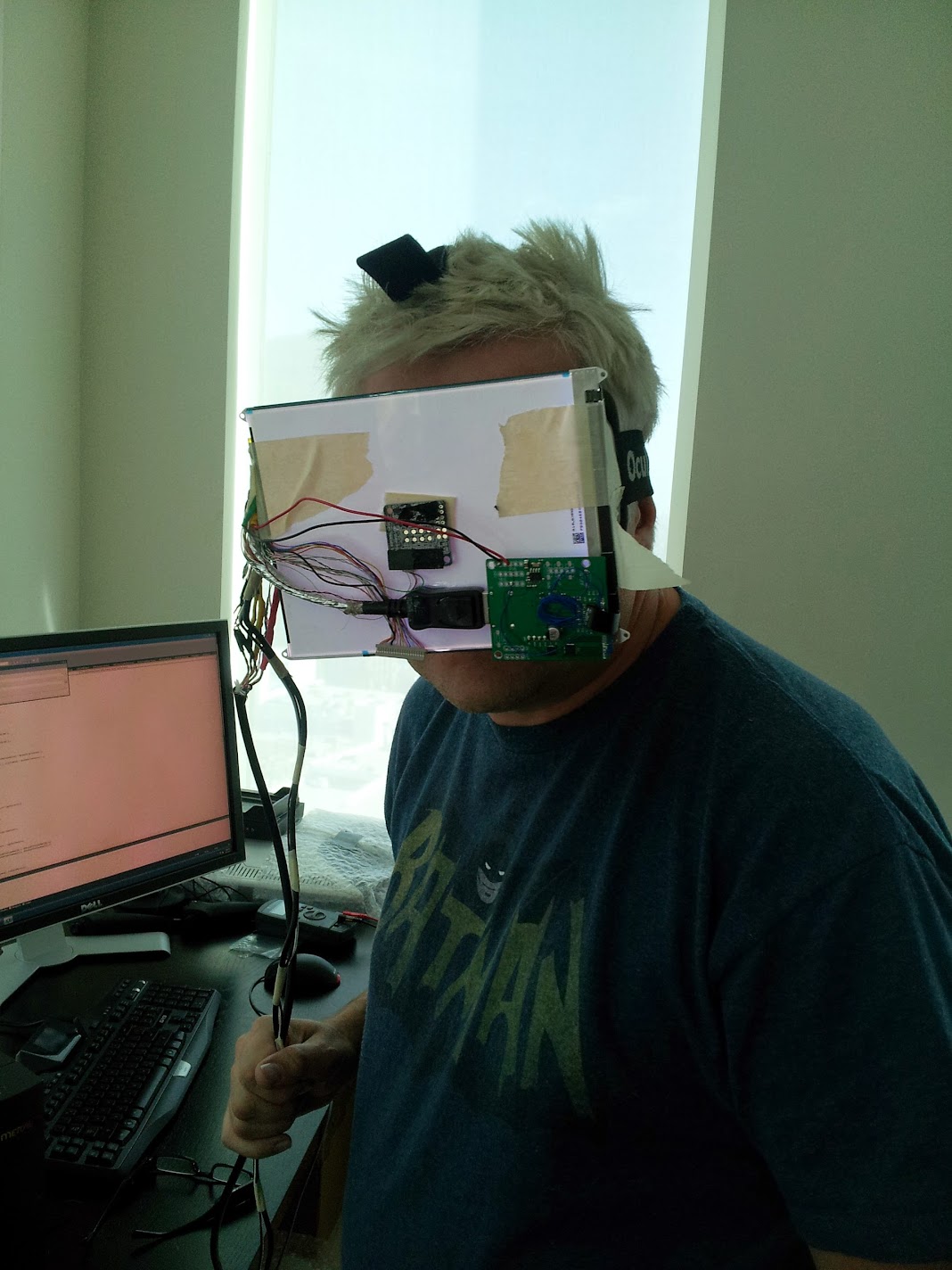 display port cable to the pc, and the original rift tracker on the back of the screen.. Never got around to making a proper mount for it though! its the masking tape special ( which there is an enum for in the sdk )

Then i added the parameters of the screen into the rift's SDK so it'd render correctly.

Then a while after that, took it to Siggraph in Vancouver 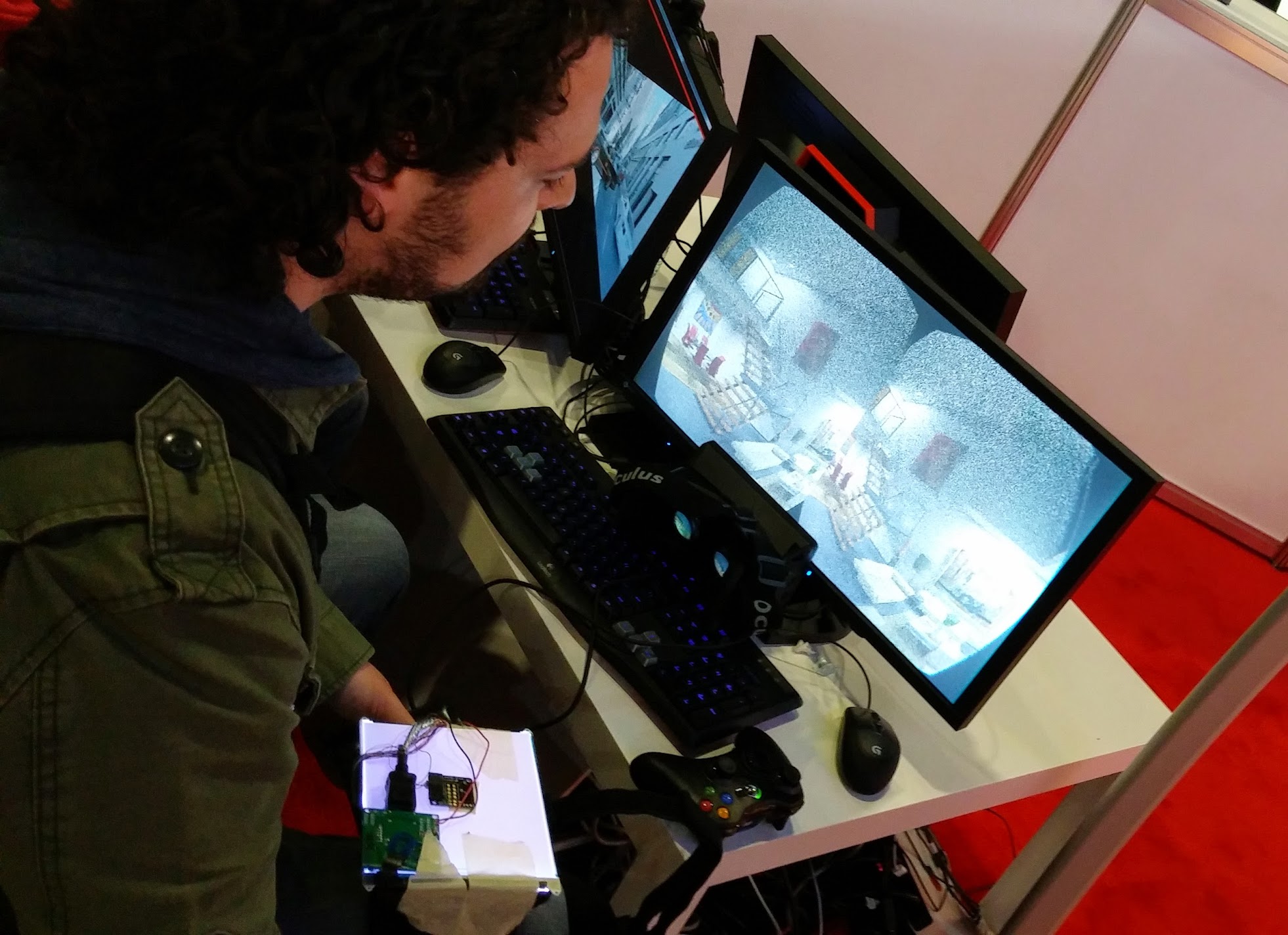 One day i'll finish a case for it, but of course now we're all working on dk2 and other such headsets so this one is off in the dust pile of things.

But its still a workable EDP screen to add to a pc , or any other device that can output DP, i was going to put it in a Dual DIN with an android board for on board nav system in the car, one day i'll get around to it.

Hi, I wonder if you have time to add the pinout for the display? or the connector part number? Anyway, great work!

I've been trying to get my ipad mini retina 2 screen working for so long but cant find the fpc connector. would you tell me where you got it from or sell me one of these boards? or even selling me a copy of the board layout would be great.

Supplyframe DesignLab: 2022 Hackada…
Tearing down a Crestron display conference room controller, the second. And making it into a CircuitPython device.
Project Owner Contributor

Yet another overly engineered business card, that probably I would never give a way, because it is too expensive.
Project Owner Contributor

Google's $1300 Chromebook Pixel has an awesome screen. i only want the screen.
Project Owner Contributor