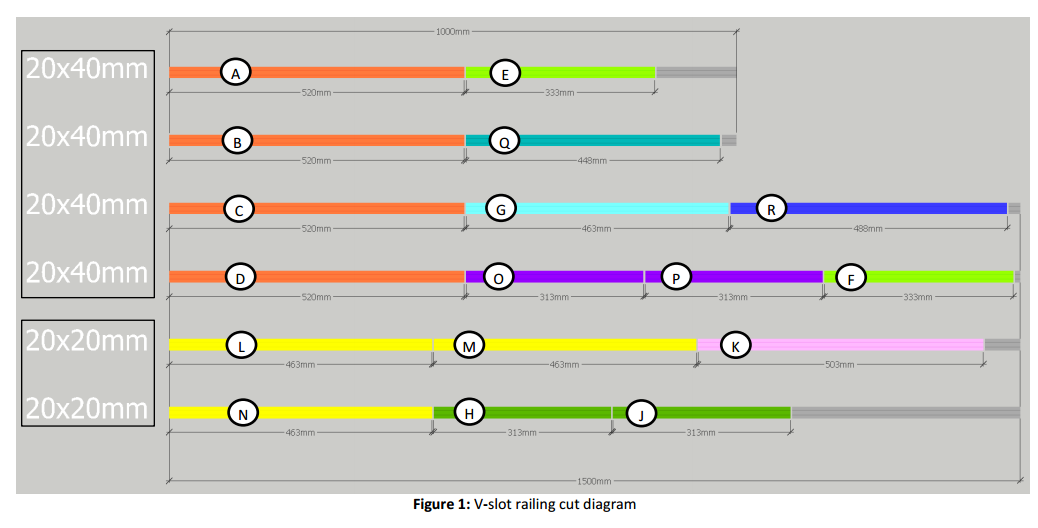 My bot is going to be much longer, and the original C-Bot has an extrusion length calculator to figure how much extrusion to buy and how to cut it. What I'm doing is heavily modified from either the C-Bot or the D-Bot, so I'll have to make this up as I go along.

The cut guide will be based entirely around the bed. already have the dimensions for the bed - 27cm by 112cm from corner hole to corner hole - so I can just build it out from there.

Parts Q and Q' (There are two Q pieces) are the main pieces of the Z-carriage. O and P are cross members, joining Q and Q' together. The dimensions for these parts can be derived directly from the size of the bed.

O and P: this cut is simply the distance between two mounting holes in the bed across the Y dimension, plus the offset from two printed bed supports. This offset is 5mm per side, and the distance across the 'short' side of the bed is 27cm. Parts O and P are 280mm long.

For parts Q and Q', we must add the length of the 3x3 corner bracket and half the length of the bed support. The 3x3 corner bracket is 6cm long, and the bed supports 3.5cm long (we can round that up to 4). Therefore, the distance between O and P are 110+(6+2)+(6+2) = 1260mm. Space for the Z-axis leadscrew is given by this graphic, with the z axis mount being 50mm in the relevant dimension: 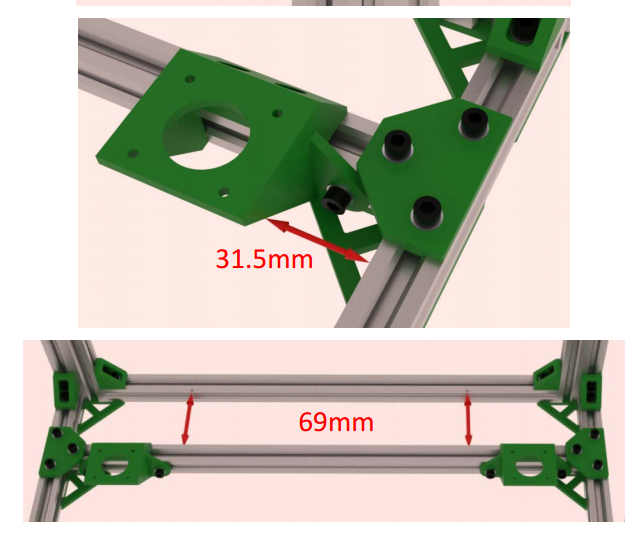 Part G, the top back piecs

These parts determine the Z build height of the machine and are effectively arbitrary. I very much doubt I'll be using a lot of Z height on this printer (and is antithetical to the entire idea of this printer, anyway). Therefore, I'm going to make the sides for this printer square. Why not? If I don't like it, I can just buy another $17 piece of extrusion and make the printer taller.

These parts are the same length as part G. They're 1365mm long 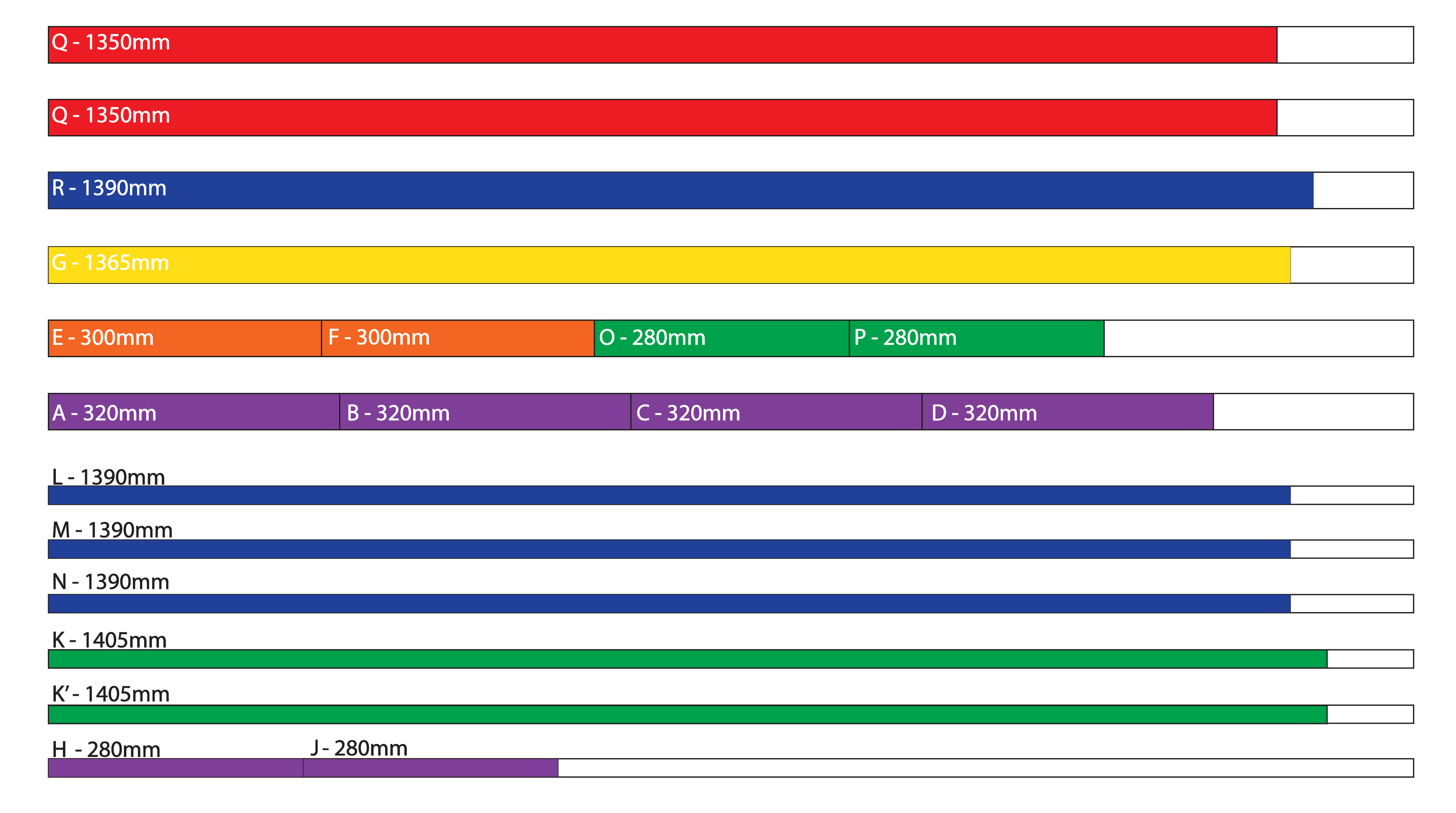