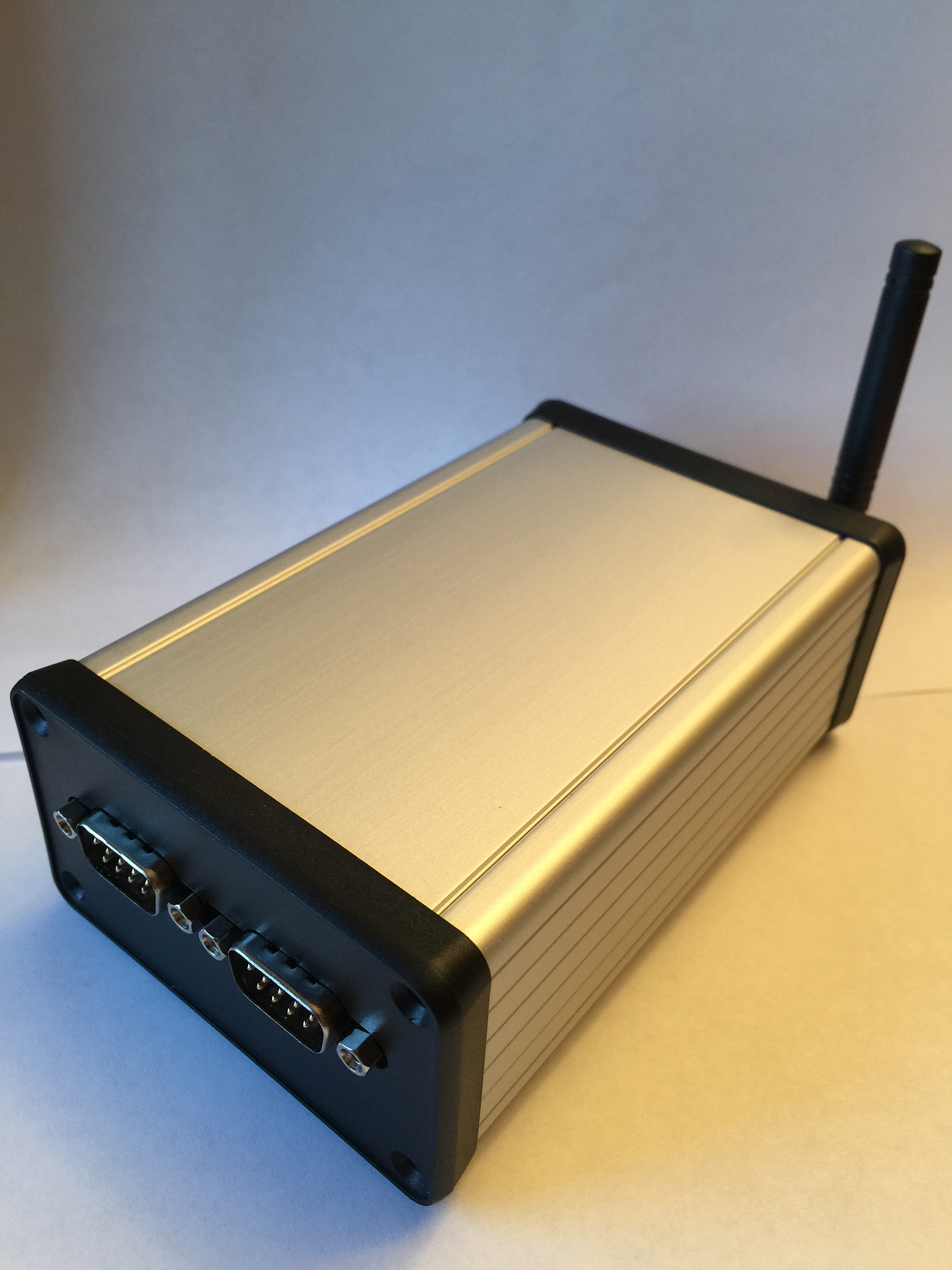 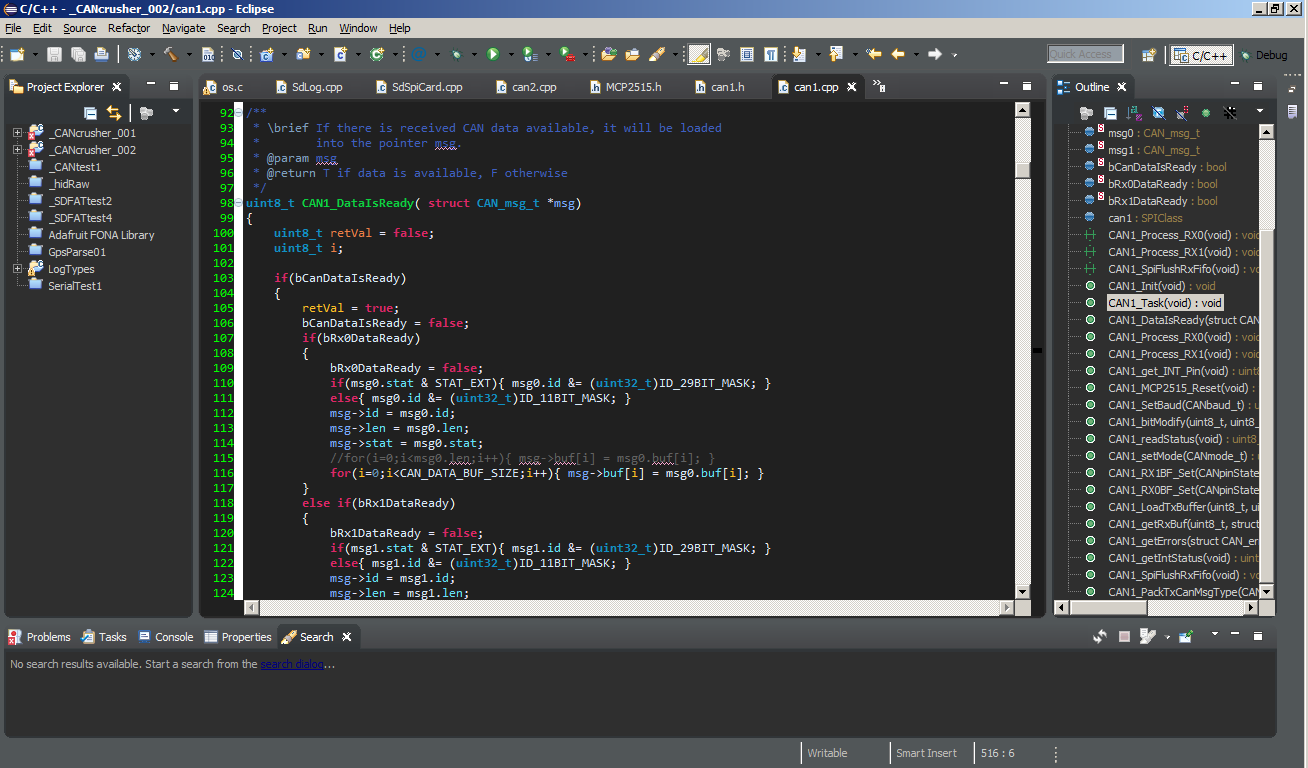 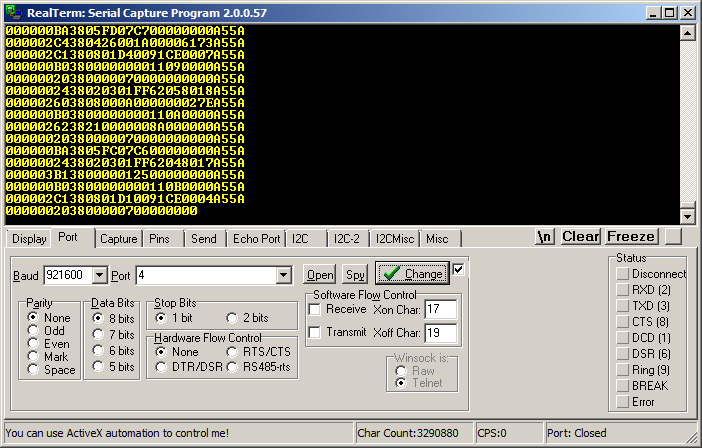 As an embedded engineer in the automotive world, I have used the high $$$$ systems and they're great! But they're expensive... There were times that I wanted to have a low-cost system that I could code myself and was inexpensive enough that I could leave in a customer's trunk to monitor my product...

Hi there. Is there any process happening to this project? Are the schematics and the software etc. public? If not, can it be bought (already)? What is the price/will be the price?

Take a look at BusMaster software developed by ETAS and Bosch. It's Open Source and could save you a good part of work with software - e.g. it already has Vector file formats support.

Wow! That's a very nice SW package as Open Source projects go (even if it had a cost associated with it, still nice).  Thanks for the tip.  It gives me something to think about.  Thinking out loud... I'd have to rewrite the USB portion of the firmware to possibly work with one of the existing drivers the Busmaster uses.  Feasible..  One downside of the Busmaster package is it's dependence on Windows.  This isn't really a problem for me (I use Windows and OSX and Linux) but I was hoping to launch this thing with some platform independent software, hence the Java development.  However, that's why I open-sourced the code, to allow anyone to do with this whatever they wanted.

I recommended Busmaster because we sometimes use it as a replacement for Vector tools.

Regarding the driver - you could either rewrite the device communication protocol or write an interface for the Busmaster. It's extensible and API is available as far as I know, as are the sources for other drivers it uses. We wanted to write a driver for other USB-CAN interface (http://www.mictronics.de/projects/usb-can-bus/) for Busmaster, but none of us (me and my team colleagues) have either experience or time to write it... It is doable though.

I noticed that you stream messages in ASCII format to the PC. The USB-CAN interface I mentioned does the same... Maybe the driver could support both?

Very nice project. Do you plan to sell the complete package or at least the SMD populated PCB ?

Yes.  Still working through some of the manufacturing costs, but my hope is to get this into people's hands without the need for them to buy all the components and go through the hours and hours of hand-soldering one themselves.  Stay tuned...

Do you have any estimate (ballpark) of what you think the final cost will be? Is there any thought of a "lite" version, where the GSM and/or BT are optional? I'm looking forward to seeing what this sucker can do!

I love this. At work I use a system that rhymes with Manalyzer by a company that rhymes with Hector. I want to get a system for myself because as you said, the $$$$ systems are nice! But it's far too many $$$$ for hobbyist use. This looks awesome and I'm familiar with all the hardware you used. Can't wait to build one of these.

Can you recommend an open source and/or free beer dbc editor? Or do you plan on developing something yourself?

Take a look at BusMaster software developed by ETAS and Bosch.

Disclaimer: I'm not affiliated with the software developers; just using it in my lab environment.

I'm in the same boat.  I use the system that rhymes with Manalyzer and I have also used the systems that rhyme with MeoVi.  They are both awesome CAN tools and the software is excellent.  But I don't have a multi-million dollar contract to build an ECU for an OEM or the desire to spend the money for a Manalyzer or MeoVi.  I just want to play with the CANbus on my cars (and maybe some other people's cars ;)...  Regarding the DBC editor, I don't have any immediate plans to develop one, but I may try to incorporate dbc importing to the software if you have one already.  I took Peotr's advice and looked at the Busmaster software and it looks like it has a dbc editing feature.  Maybe I'll add the ability to import it.  We'll see.. I'm still working through re-inventing the wheel with my Java-UI.