We had our first chance to fly the new light system at the Abilene Texas Balloon Festival a couple of weeks ago. While we had great wind all day, it died down as it often the case as it got dark. We were able to do a little bit of team flying with the lights but they mostly ended up as a ground display. These pictures show how I attached the lights , controller and Batteries to the kites. 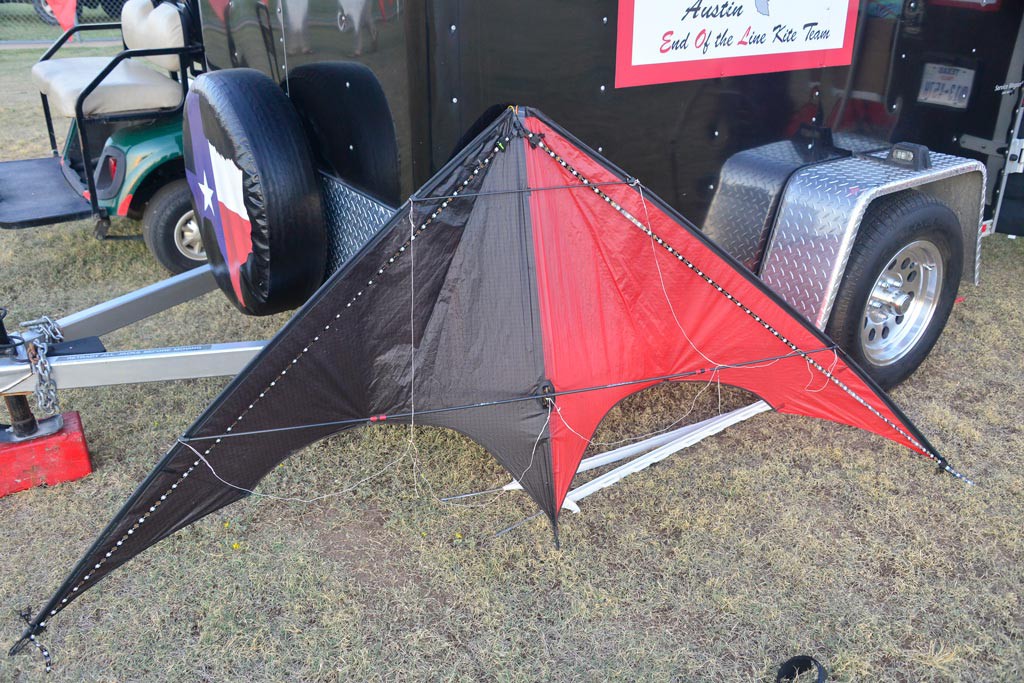 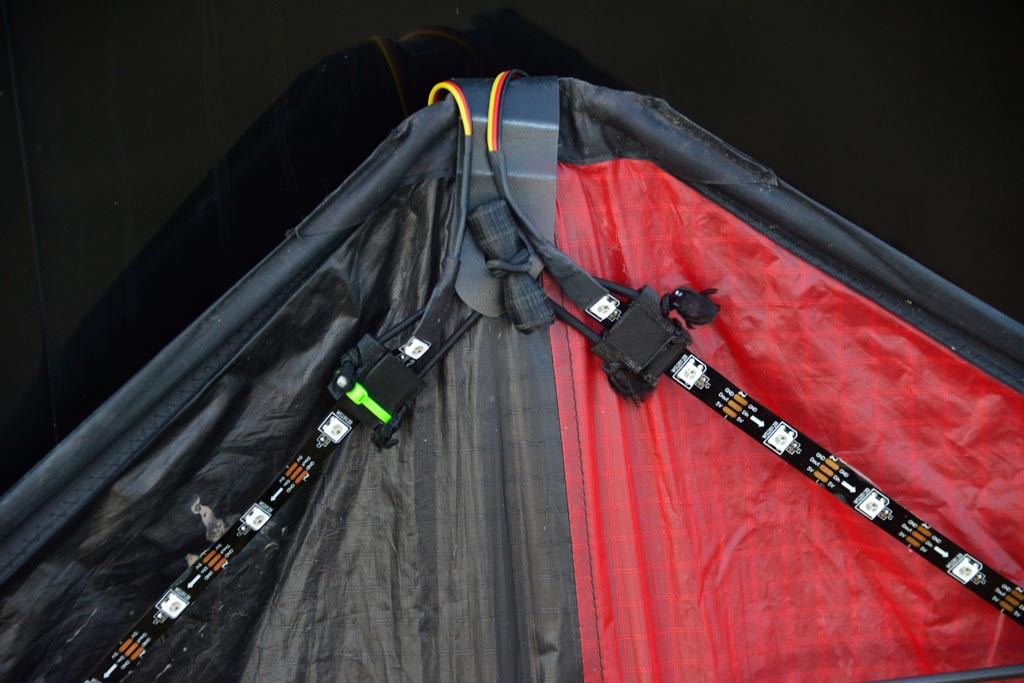 This picture (above) shows how the LED strips are attached to the kite. The clamp was printed on my Ultimaker2 3d printer. it then uses shock cord to attach to the kite, this allows the strips to be under a little tension and also have some flexibility om case of a rough landing or crash. I also printed the "dongle" in the center. 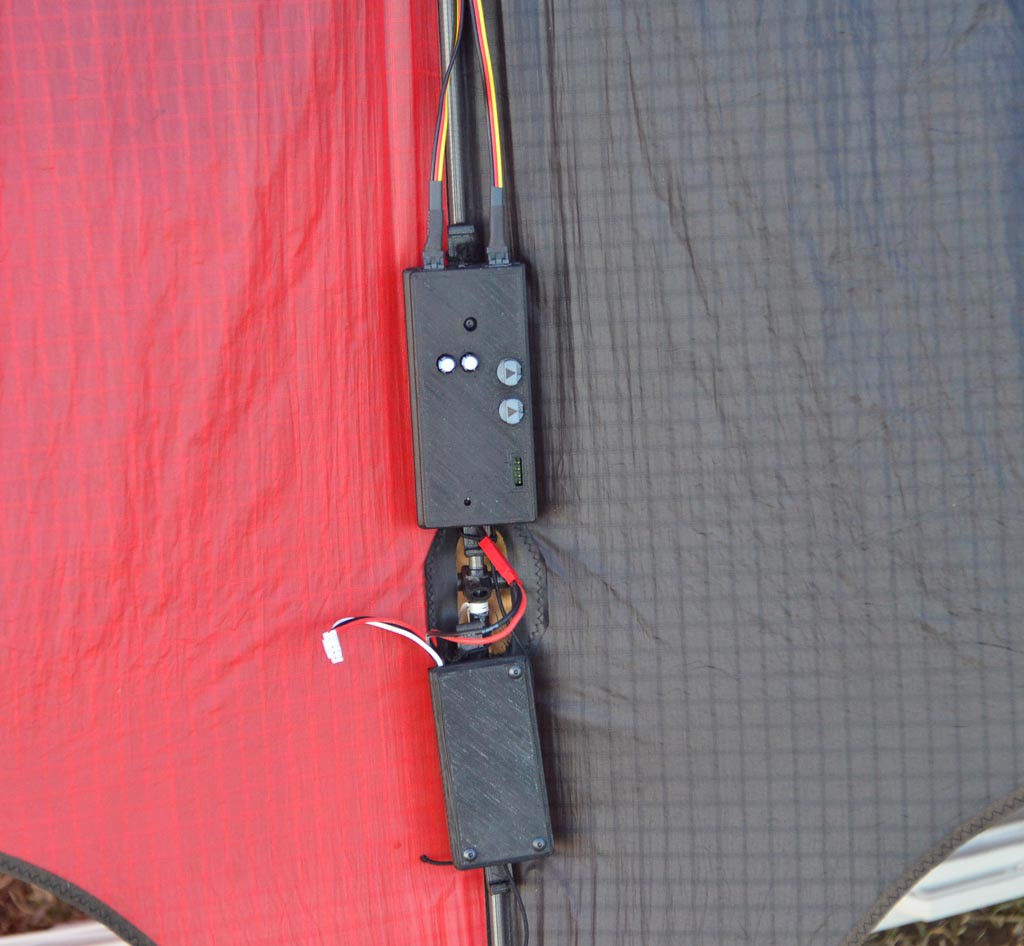 This picture shows the controller (top) and battery (bottom). the Battery is a 2C 500mAh LiPo battery. Both the cases were printed on my 3d Ultimaker 2 printer.

Here is a picture that shows all four kites on the ground. You can see some of the LEDs lit (RED). I was displaying a chase pattern at the time.

Detailed pictures of the Kite Controller