A project log for Portable Pi2 Thermal Imager with Overlay

A portable thermal imager with PiCam overlay using a FLIR Lepton on a Raspberry Pi2, Official Raspberry screen, and some other parts.

Hey everyone, yesterday I received the parts from Shapeways. I test fitted the components and everything lined up perfectly. The part was also stronger than I had expected, and the handles easier to hold than I had expected. Although there are two problems that I found with the print. First the bolt holes to attach the PiScreen to the mount were slightly to small for the bolts (.2mm to small), second the tabs which connect the top to the base were not on the print at all... So it seems that I made a mistake uploading the .stl to Shapeways.

I plan to bring this project to the Hackaday SuperConference, which is only 17 days from now so there is no way I can get a whole new mount by then. So as a quick solution I have ordered the tabs by themselves and plan to glue them to the mount (will get the tabs around the 7th).

I have uploaded a revised version of the top portion of the mount to Shapeways for purchase at cost here, or you can download the .stl files for the new version here. The new version has both of the previously mentioned problems fixed, as well as a few other small changes. Also you may have noticed the FLIR Lepton/Raspberry Pi Camera mount attached to the top, this part will soon be available for purchase/print as well. 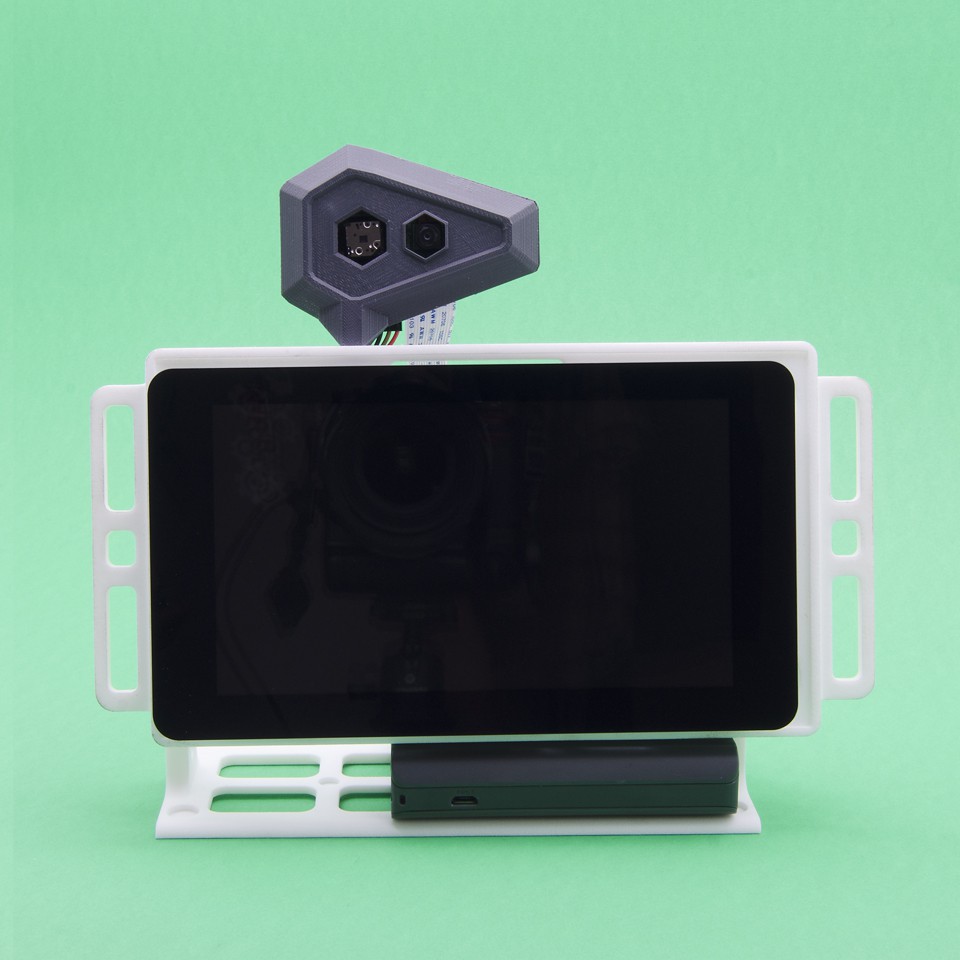 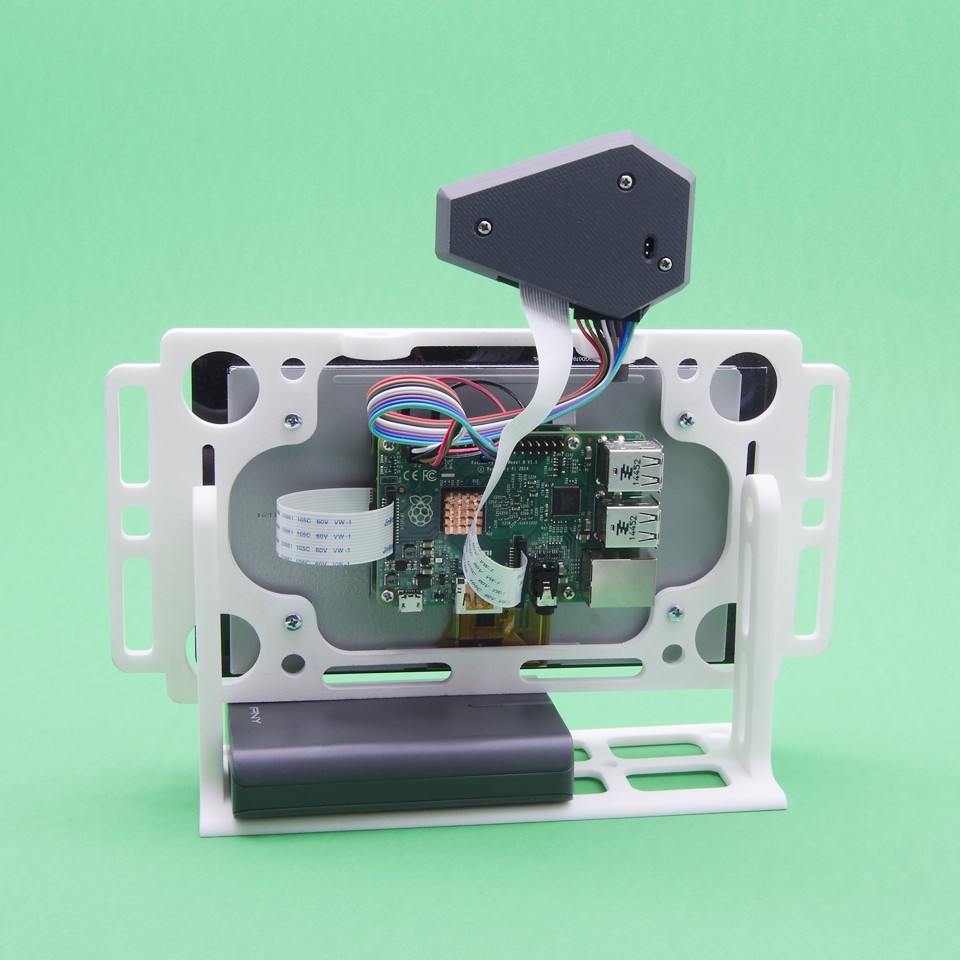 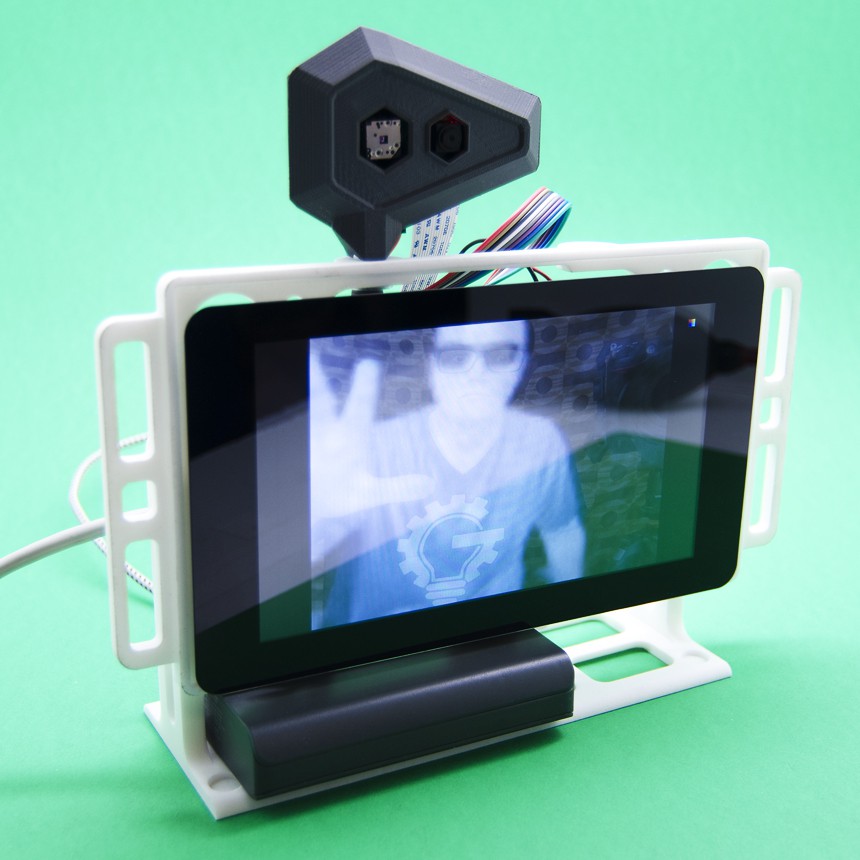 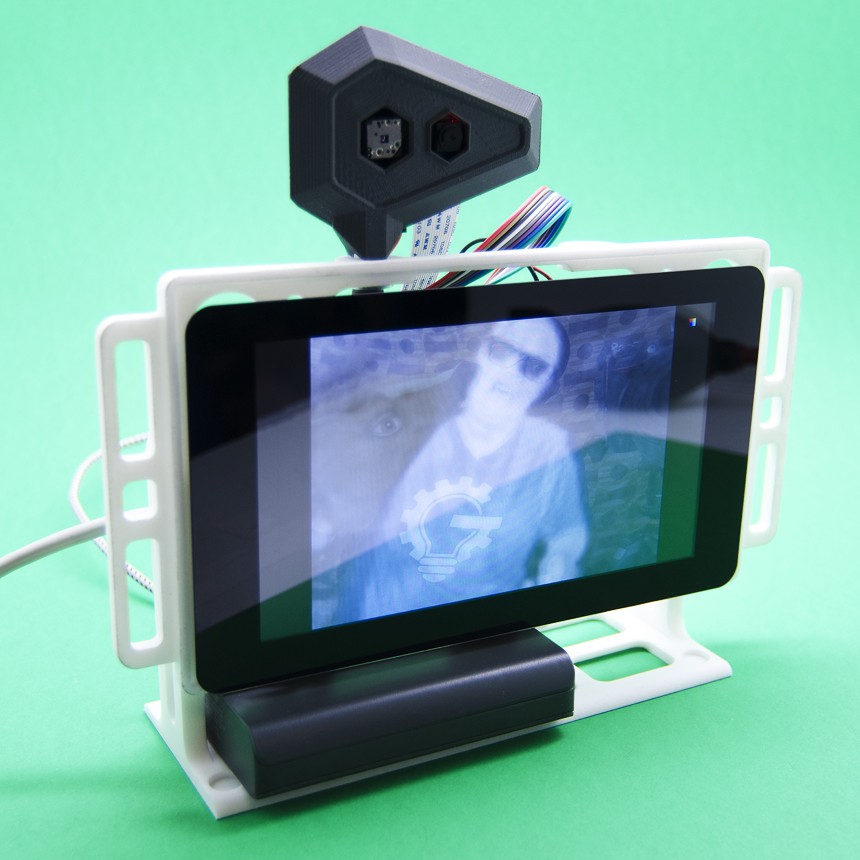