Instant ICSP/FTDI headers that fit over your Atmega*8 on the breadboard. 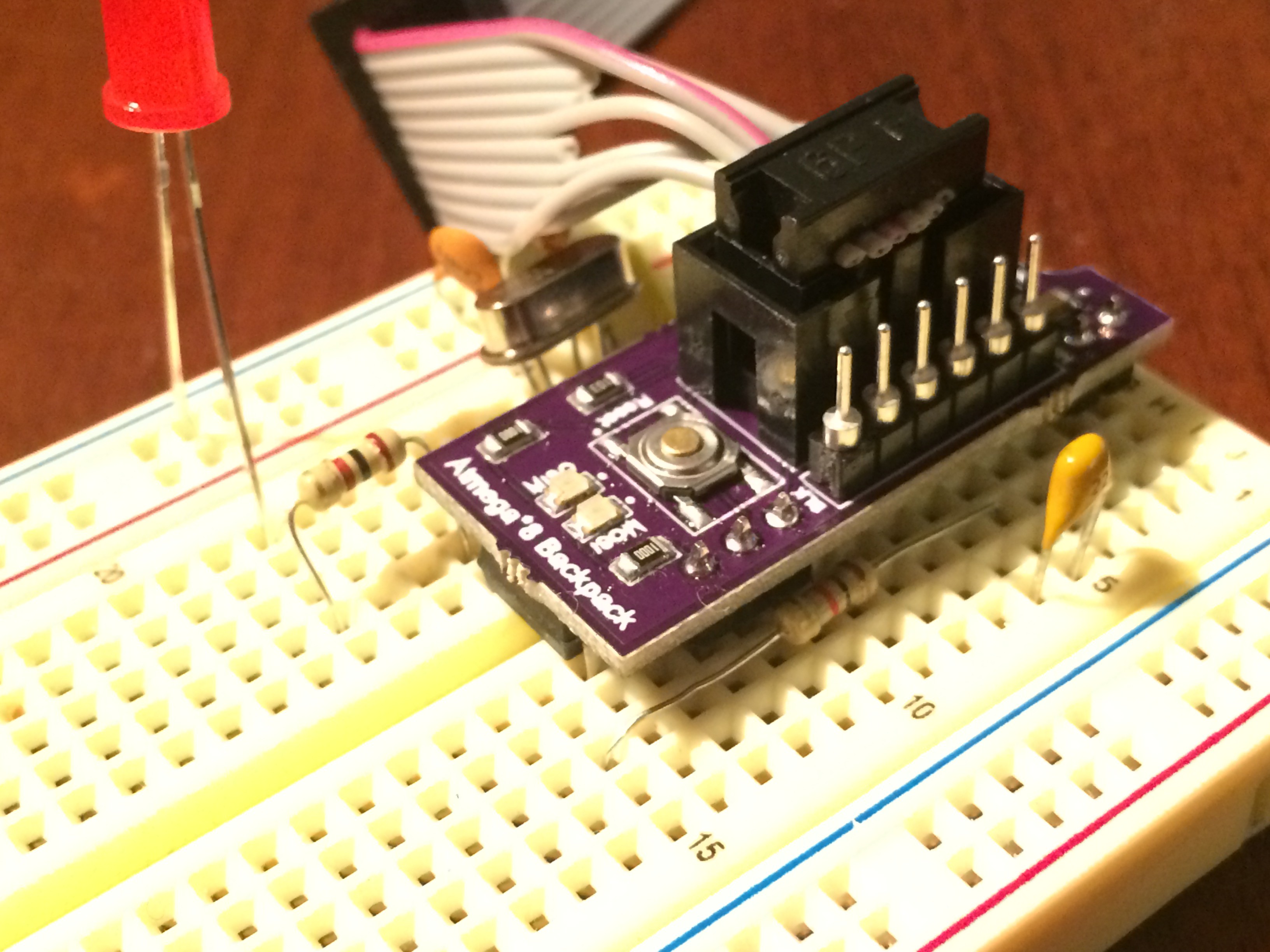 The latest version of the board just came in from OSH Park and it works perfectly! What's new in this version? A few things...

I've added two new LEDs for MOSI and MIS (be sure to read the IMPORTANT NOTE at the end of this post). These serve a dual purpose: First, they'll flash during programming, so you know the programmer is working. Then, you can control them directly with PB3 and PB4. This is good if you need quick debugging LEDs. 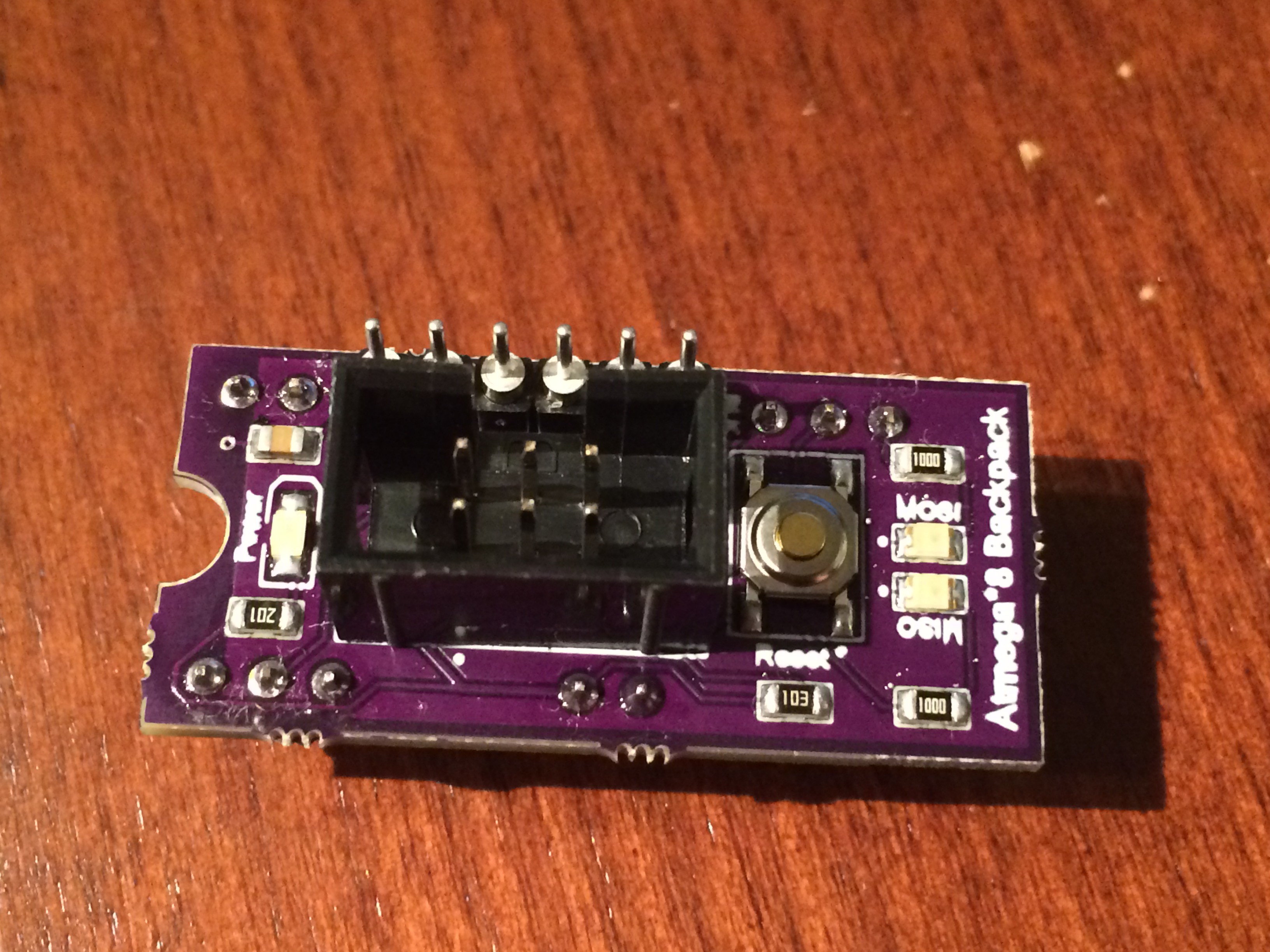 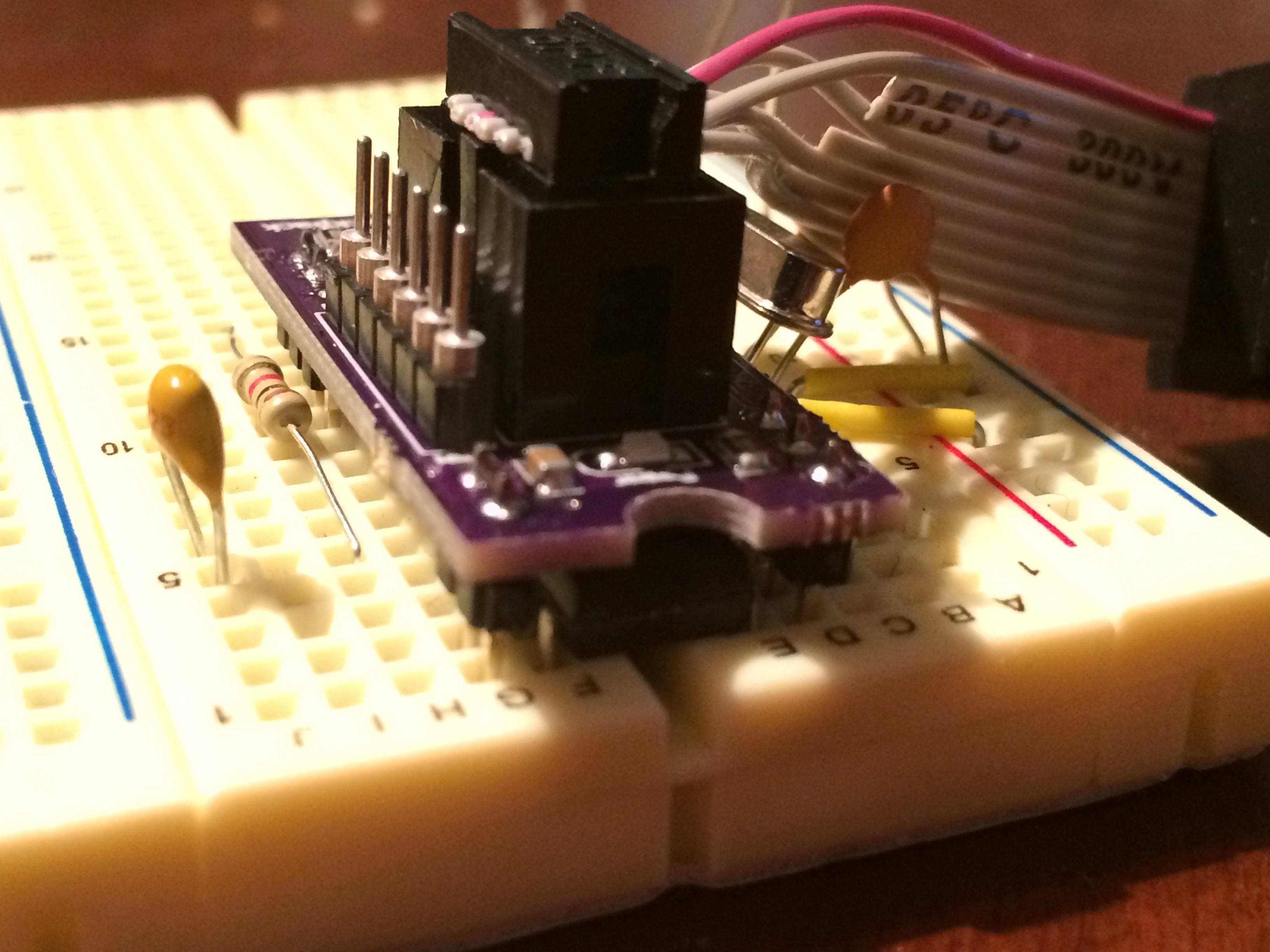 At the smaller end, there was some basic housekeeping. I updated the reset button to a new lower profile tactile. The layout is more compact and I updated the silkscreen on the programming header, so that it's obvious which way to install it.

Since ordering the boards I have also added some rounded corners for some final polish.

The symbol on the bottom of the power LED and the MOSI/MISO LEDs is opposite (weird, right?). Be sure to check the datasheet. On the board the dots for the LEDs represent the cathode. 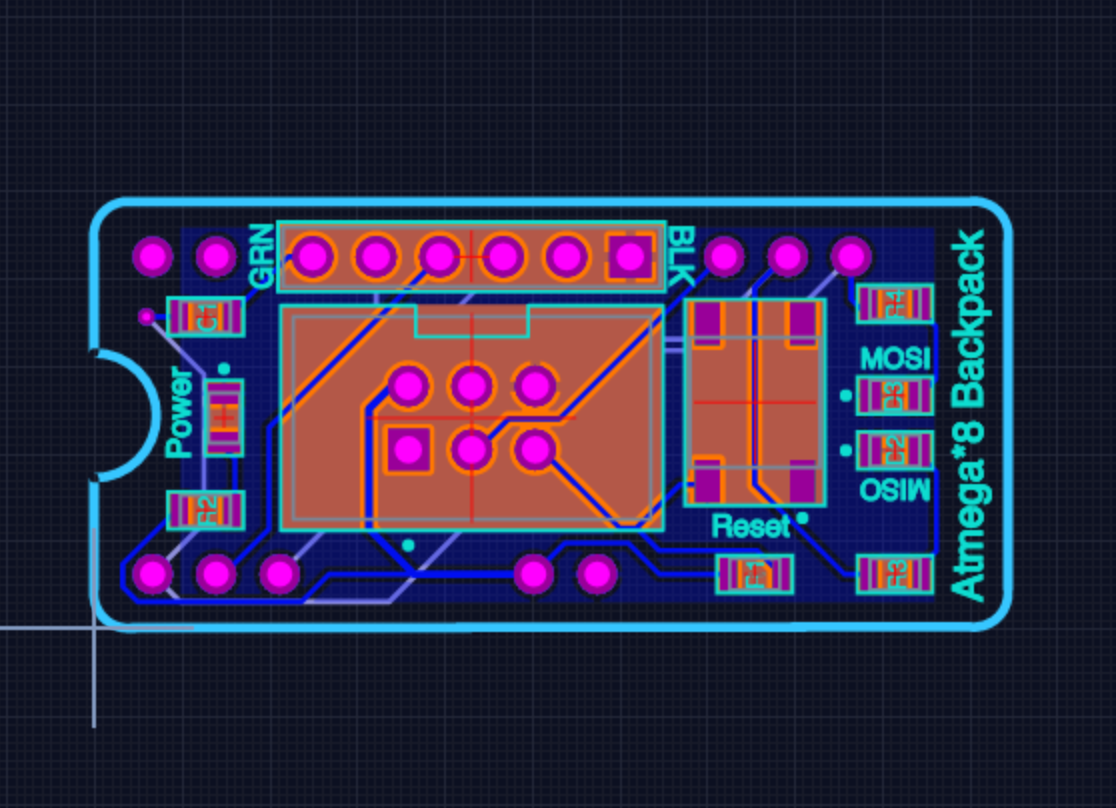 That does look quite spiffy (and handy).  Nice job.