An affordable fully 3D printed quadruped chassis designed to be built on an FDM 3D printer and used for testing gait algorithms.

Hey everyone, it's been some time since my last log! School's been crazy and I haven't had a great amount of time to record everything. Since my last log, I've made a some big changes to Quadrup3D to remove any tether to a computer and to make it completely autonomous. I managed to snag a Raspberry Pi Zero in January and I am now using a Pi onboard to control the robot instead of the serial Bluetooth module. The Pi Zero is a great choice for this project as it's small, low cost and low power. The Pi Zero is equipped with a USB WiFi adapter to broadcast it's own ad-hoc network, this works really well as I am able to SSH into Quadrup3D to upload code and I hope to be able to transmit telemetry data from the robot to my laptop in the future! I've also a small custom Pi hat with an Adafruit BNO055 9-DOF sensor to allow Quadrup3D to know it's orientation in 3D space. The hat will also be able to interface with the mounted ultrasonic sensor. Furthermore I've added a sparkfun LiPo charger with an 18650 LiPo cell for powering the Pi and the servo controller. Stay tuned, more updates are coming! 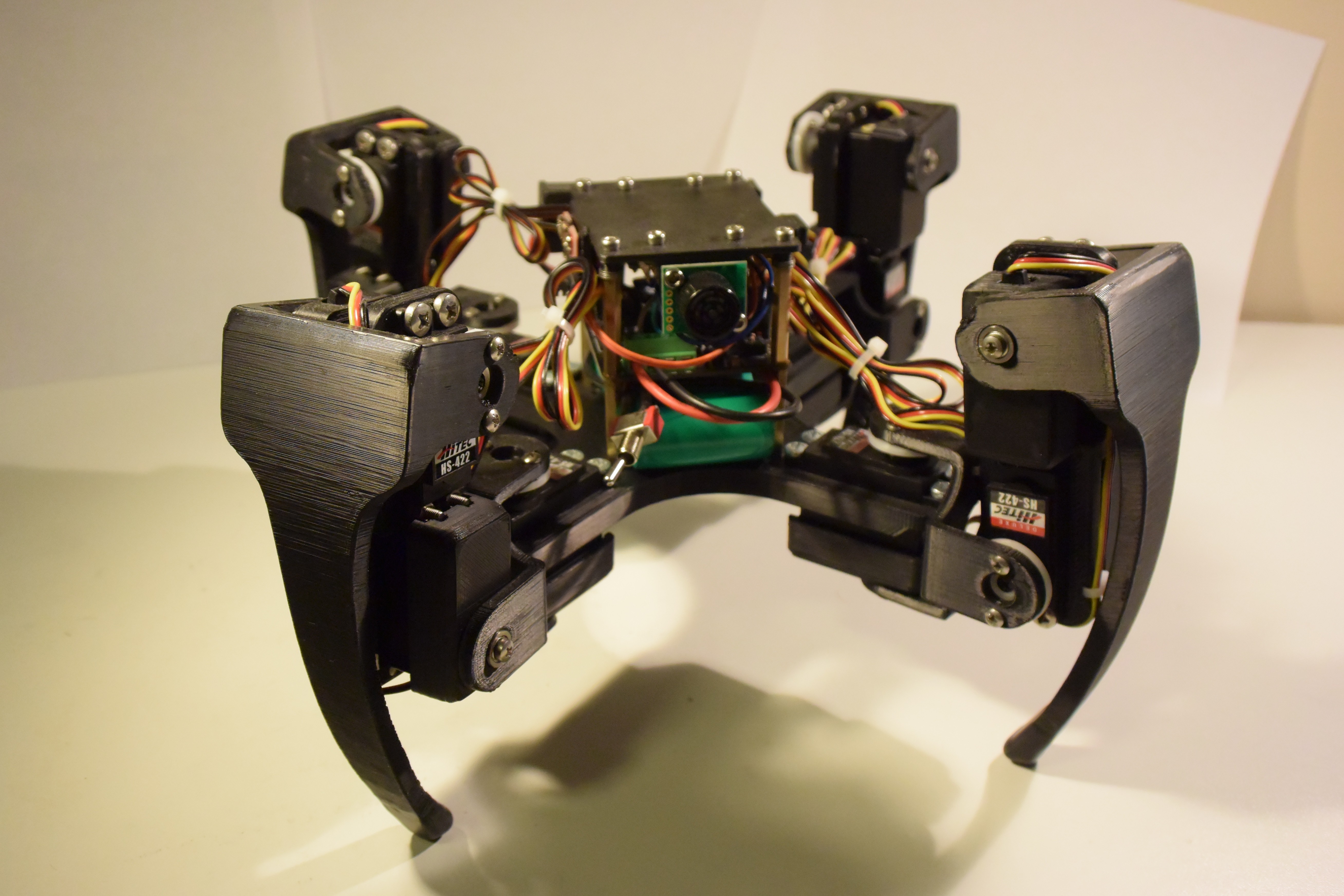