Transistor Oddities II - I FOUND A USE!!!

UPDATE IV: Adding an image of the differential-amplifier simulation.

UPDATE III: DEFINITELY a current-mirror. Check out the bottom.

UPDATE II: Throwing random images and notes up at https://github.com/esot-eric-test/transistorOddities

UPDATE: Isn't this a [single transistor] current-mirror? Gotta explore this in a bit more depth... Some notes at the bottom.

Split The Current, and switch it from one side. 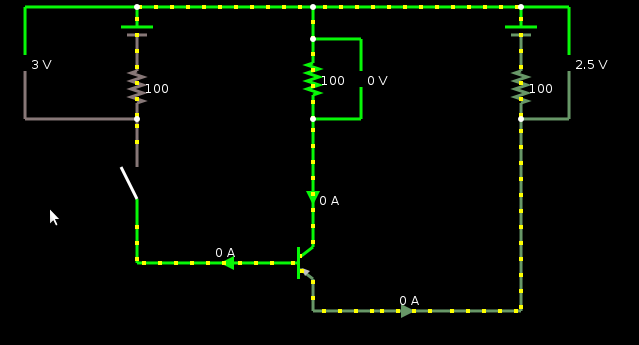 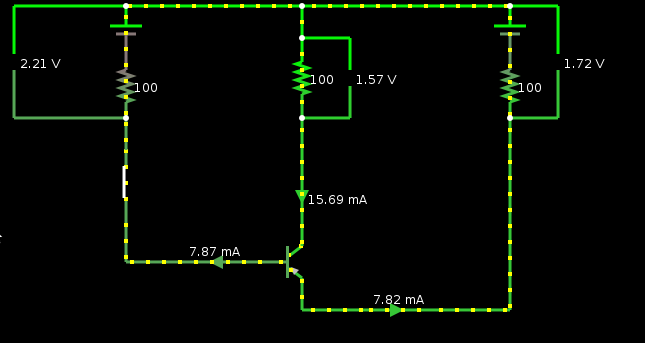 Putting them directly in parallel isn't so smart, right? Especially when the system's powered-down.

So, with this circuit--using a PNP on the ground-side, or an NPN on the positive-side, with its emitter tied to ground/positive, respectively--roughly half the current comes through each coin-cell, and the on/off switch (or maybe another normally-wired transistor?) controls them both.

So, here I'm simulating two coin-cells; one's at 3V, and one's at 2.5V, when unloaded. But their internal series resistance is roughly 100 ohms (represented by the 100 ohm resistors on each branch).

The switch could be anything, maybe a "normally-wired" transistor controlled by a pushbutton and flip-flop as part of the load, etc.

Note the directions of the current entering/leaving the transistor... Current is *exitting* the PNP's emitter, and *enterring* its collector. That's why this guy's a weird setup that's been boggling my mind for weeks. 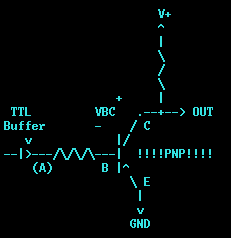 Check out the simulation.

And here's another, in a more logical topology. 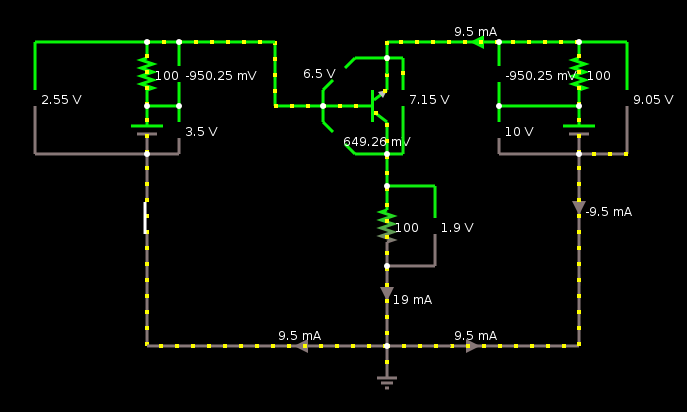 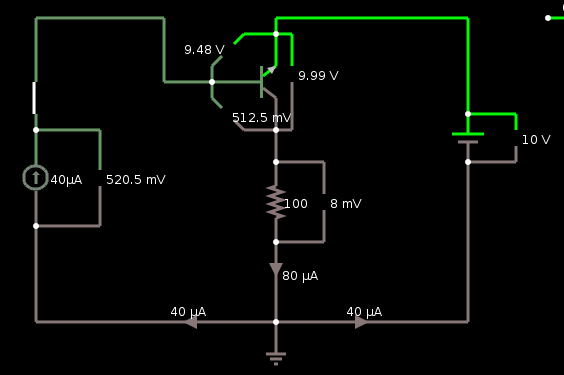 Not that we can trust simulations...

Here's a simulation of an attempt at a differential amplifier using this current mirror. It *sorta* works. Though I know little about diff-amps, these days... 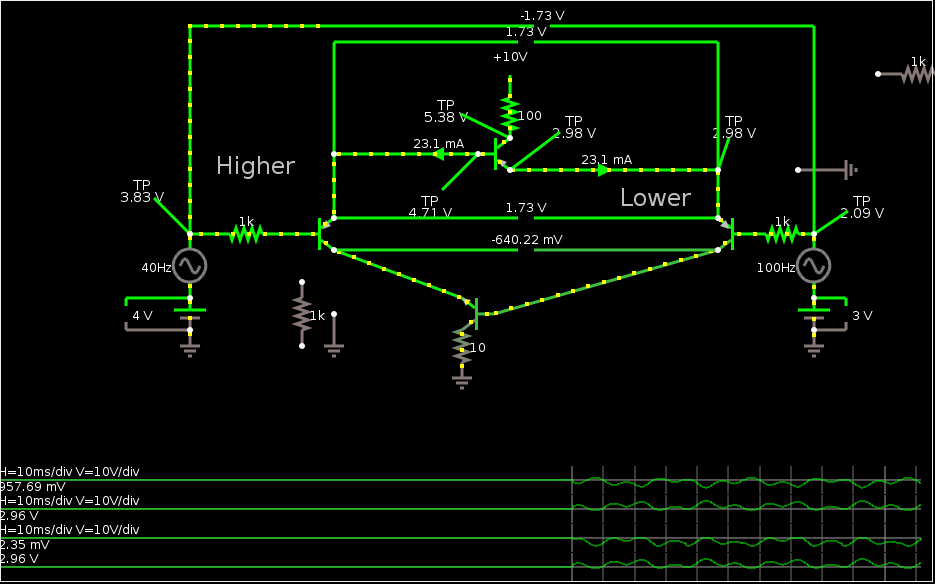 If you haven't been following the saga, check out The mistake that started it all, and Some more rambling.

FYI: there exist BJTs which can handle AMPS of base-current. [!]

Recently have been trying to figure out how to power a 3A 5V circuit from a pair of 5V2A USB battery packs. This might be a way to go. I'd completely forgotten this endeavor, so opted for putting the batts in series and using a buck converter.

But I'm kinda curious about this.

Dunno if this link'll work, but it's BJTs rated for 1A or more base-current. I think I saw as high as 4A.

Is it a current mirror because it's essentially a "forward" transistor with a beta around 1?  Hmm. I'm going to have to play with this thing now...

I was wondering about that... If that's the case, then it seems funny I've never heard of an NPN with a beta of 1... (symmetrical, no less) seems like there are *lots* of circuits using current-mirrors out there... Seems like a beta-1 transistor would be easy to build in silicon, especially with today's tolerances, and the tolerances required of normal current-mirrors. OTOH, the fact they use current mirrors, rather than current amplifiers seems a bit funny, since most cases all that current's being wasted down the one side.

AHHH. But betas... I getcha. Real-world Beta tolerances are quite wide. Sim-models apparently throw in reverse-beta=1 because it's so often not a documented value. I was under the mistaken perspective that reverse-beta = 1 is an inherent factor of transistors, and thus biasing would not be needed in cases like this.

So, then, if I recall, biasing [and feedback] can set your circuit's effective-gain anywhere smaller than the actual beta, in which case, this circuit would be wiser-built forward-active.

Still, I've since discovered there ARE transistors which can handle AMPS through the base, so this idea could still wind-up useful for load-current-splitting.

Do you know those cheap solar powered garden lamps with a single AA rechargeable battery ? I suspect they use a somewhat similar system...