Yesterday I have finished the last part of code that I had planned. It was a code for OLED to display orbit eccentricity and inclination. That is one mode, there are two more modes selectable by a switch, but at the moment I don't know what to show there. Some sort of targetting information? Surface landing help? It should be something graphical as rendering font seems to take too long and Arduino Micro crashes with reset. I suspect that some commands bytes are missed when it tries to render font on OLED.

I have also completed the enclosure. I have run out of time and ideas to make it better, so I just fastened the second joystick with two brass screws and I have added labels.

I must say that I'm quite happy with the console as a game controller. Two joysticks provide intuitive and precise 3-axis control and throttle potentiometer allows for fine-tuned maneuvers. 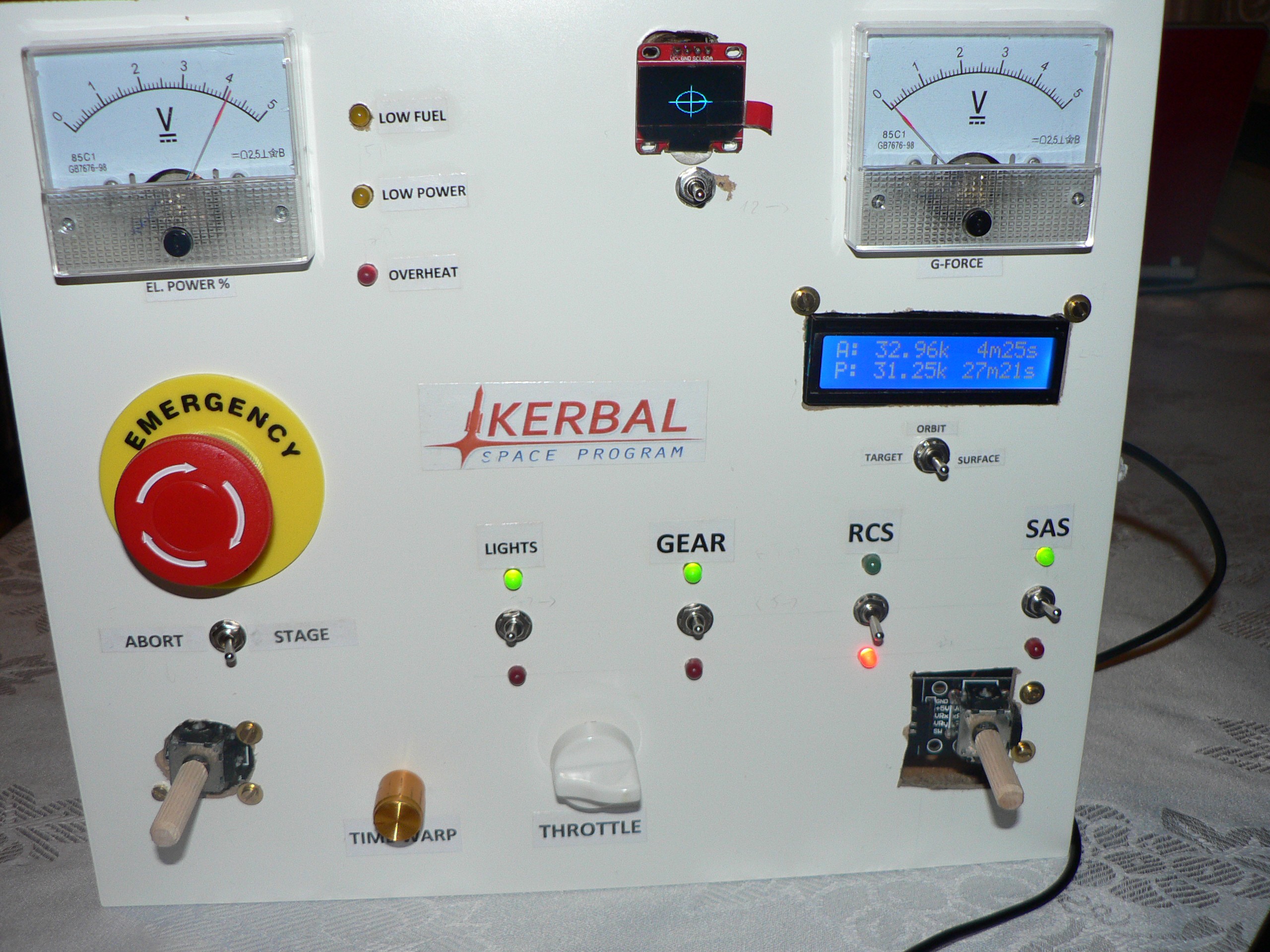 To make the console better looking I would have to start over and drill the holes again, this time patiently and correctly.

So what's left? There is still some work to do:

- organize my notes and write down the documentation here

- figure out what to do with two additional OLED modes

- write "Lessons learned" post here as a conclusion and there is a lot there: about woodwork, how to avoid a mess with wires next time, and why not to fear to use C++ features in microcontroller code