Just a quick update - I've got a major chunk of the documentation for the AES-256 bootloader attack online. This is uploaded as part of the online ChipWhisperer documentation. The fun thing is you don't need hardware to follow along - I've uploaded an example capture (part of the larger set of examples). You need to clone the ChipWhisperer GUI in GIT for this to work and follow the installation instructions elsewhere in the online documentation. I'm going to shortly make a release of the ChipWhisperer software which includes the features required for this tutorial. I hope to upload a video tutorial of this when I get some more time - so far the online documentation isn't quite complete (doesn't include the IV example yet or signature), but the cool part is there at least!

So go ahead - spend an afternoon breaking an implementation of the AES-256 decryption! What fun! If you get stuck leave a comment here or register on the NewAE Forum. And if you'll be around Paris hunt me down at CARDIS 2014, as I'll be attending that next month. 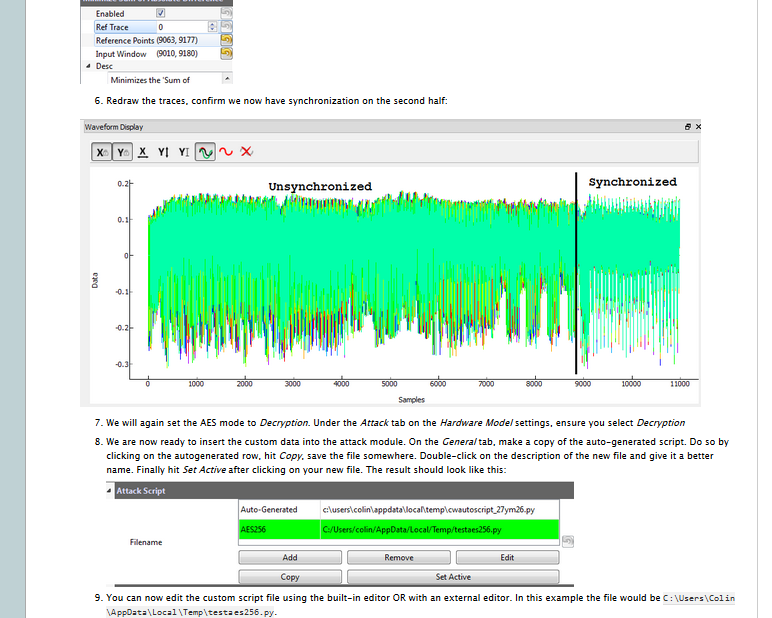