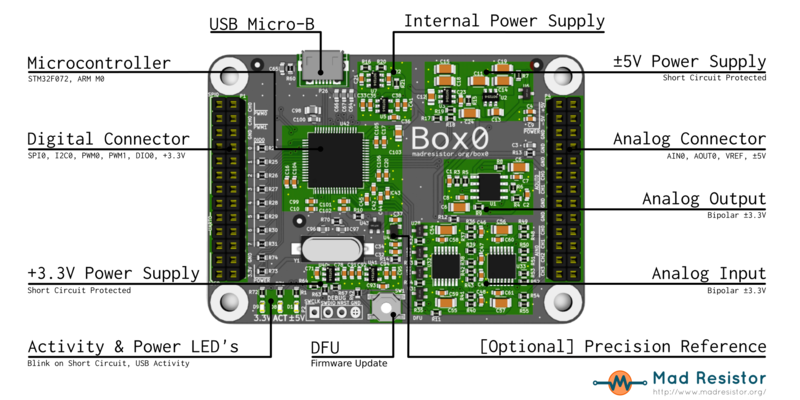 The current model of scientific and technical education focuses more on preparing students to copy classroom notes and undergo theoretical exams rather than actually doing science and learning about the process in a manner similar to practicing scientist or engineer.

The laboratory is seen as a less important component and the list of so called standard experiments have documented outcomes and use ready made setup for the sake of "convenience" and compensating for shortage of time that occurs due to exam preparation.

This negatively affects the shaping of students as scientific thinkers, takes out the joy of learning from science education and creates a negative perception of the field being rather dry and boring.

we decided to solve the problem by designing a personalized and affordable educational platform for aspiring scientists and engineers that supports independent learning, freedom to learn anytime anywhere and enables multidisciplinary and open ended explorations.

Started with the idea of providing learners educational resources and tools that gives the freedom to discover science, technology and electronics by doing and sharing knowledge with others.

As students, we wanted to have something that is affordable and help us learn not only in classrooms and restricted labs but anytime anywhere and can be used with a variety of open coursewares.

Box0 helps you learn about electronics and computers and how these are useful for studying physical, biological, chemical or some other phenomena.

Learning should be active, playful and enjoyable.

With Box0 you can create, learn concepts by doing experiments and make interesting projects.

Your lab in a Bag

Box0 give you the Freedom to learn anytime anywhere.

Learning can happen anywhere, be it classroom, labs or park.

Let your creativity and curiosity come outside.

Not just a tool for electronics

Box0 is a tool for bridging the physical world with digital.

Its not limited to just electronics, you can equally learn physics, chemistry, biomedical.

You can use Box0 for citizen citizen science or for your DIY lab experiments, with MOOC and open source tutorials.

Box0 comes with multifunction, free and ready to use software GUI.

You can use setup experiments using software instruments in minutes.

We have included everything you need to start.

You can program Box0 for custom applications. For example you can build your own low cost instruments.

Box0 works out the box with Jupyter notebook which can be used to Interface, control, visualise easily.