A better and faster way to remove glare

The earlier method of glare removal was too complicated and the processing was taking too much time. In addition, the use of SURF algorithms had some disadvantages: 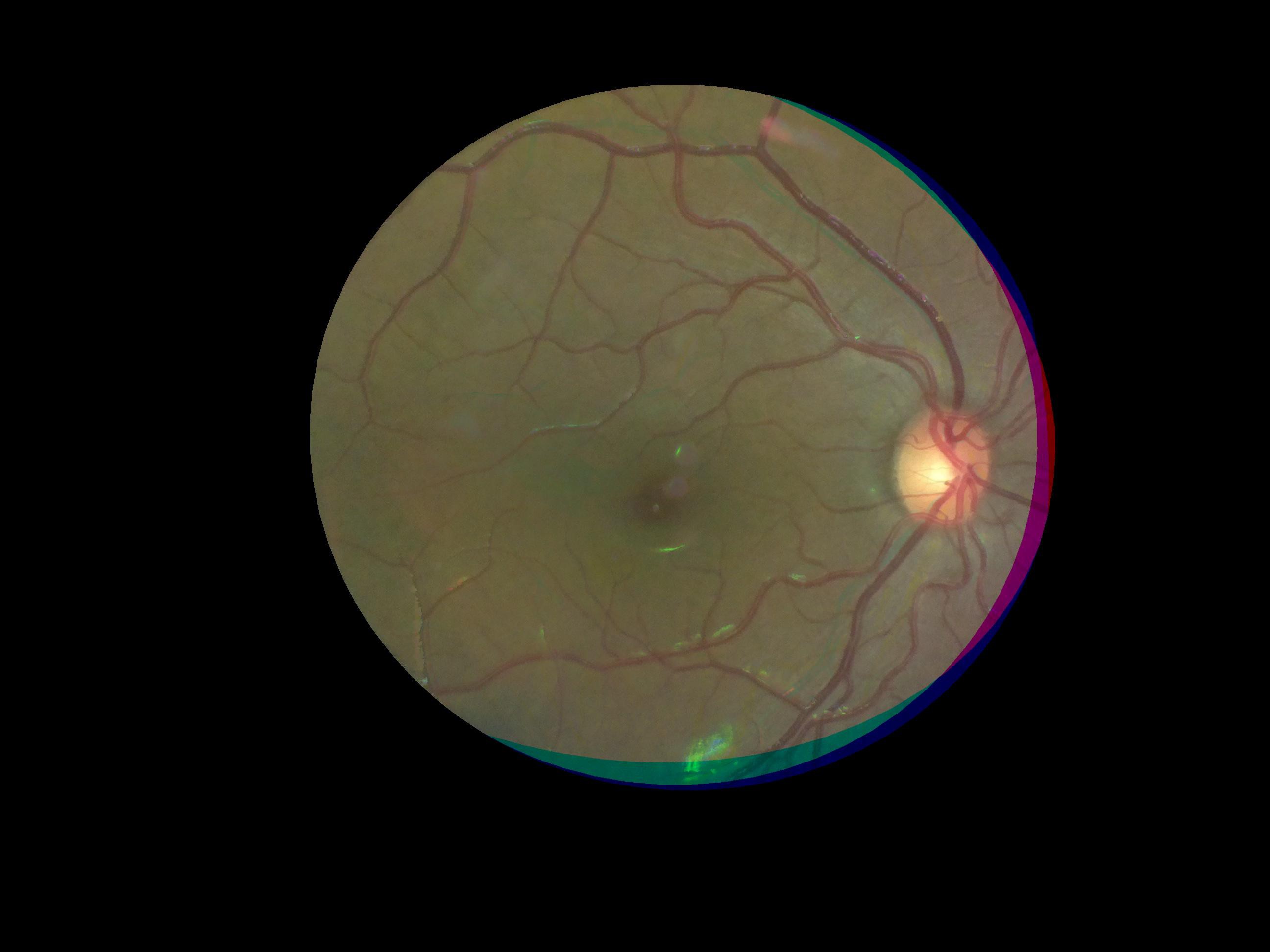 A little "out of the box" thinking made us realize the following about the spots:

We also wanted the processing algorithm to be extremely fast. Hence we decided to use opencv inpainting. This method allows us to segment parts of an image out and interpolate the "hole" from the surrounding parts of the image to get a clear image. Also, because we know that the bright spots only lie in the center of the image, we could only perform these image processing operations on a small central "region of interest" of the image, drastically reducing the number of pixels that need to be processed. The result is shown below:

Here's our input image, after processing to extract only the "fundus" section: And here's the same image after inpainting the glare spots (and playing around with an optimum dilation kernel, which was found to be 25x25px): 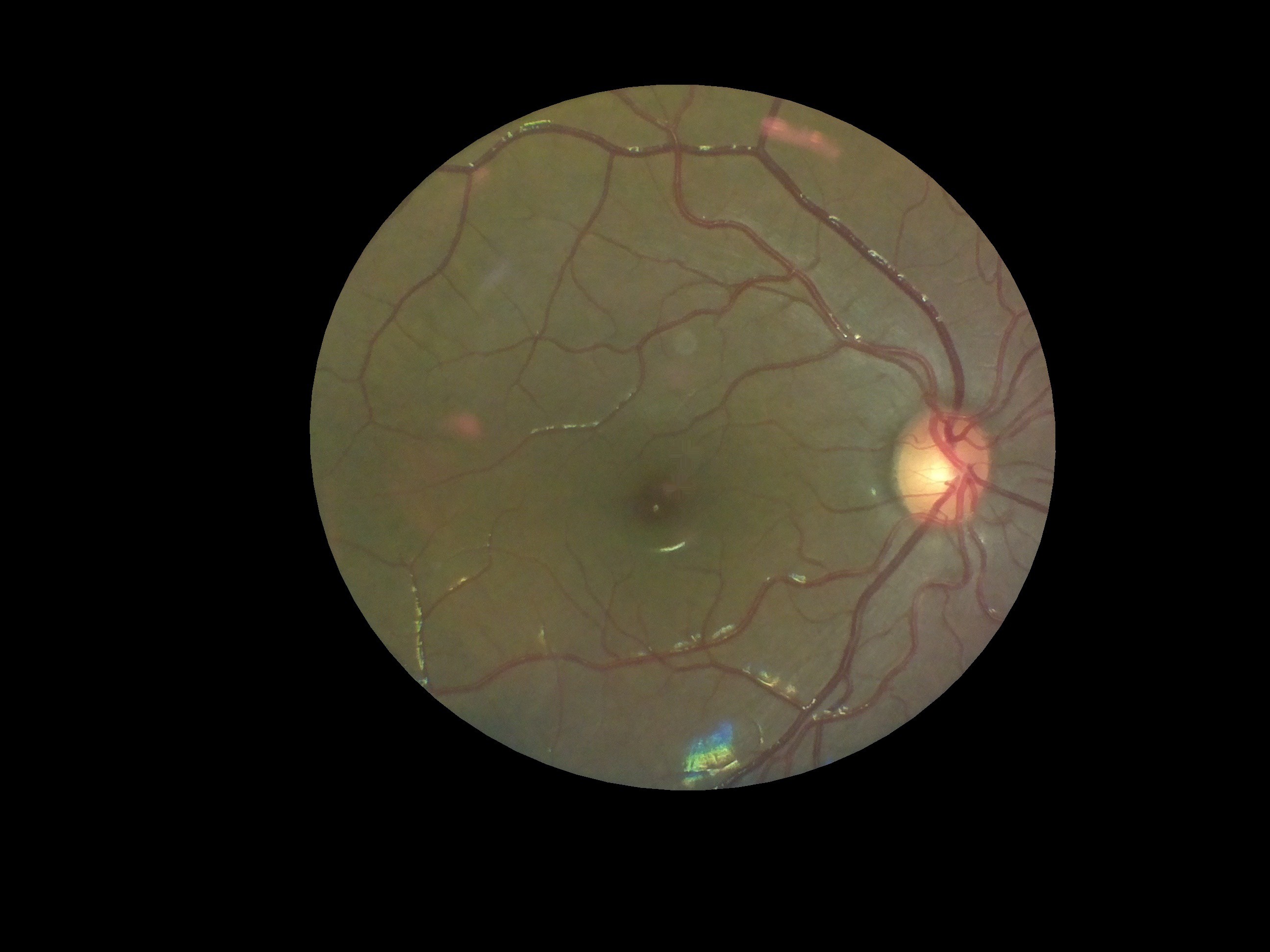 It does a great job! The code (all in python) is available here on our github repo. As can be observed, for the purposes of an examination by a clinician, it's perfect. Also, it's all in python and can be easily integrated with the rest of our code. It also uses all opencv core functions, which are covered by the BSD license.