RPPSOC - System on a Chip for the Raspberry Pi

System on a chip (SOC) on a Raspberry Pi Hat

Do you love the Raspberry Pi as much as we do? Do you wish it had some features that are in an Arduino? How about adding some Analog inputs or outputs? What about consistent I/O timing so that you can interface to devices like NeoPixels? Wouldn't having some 5V I/O be wonderful for some of those legacy interfaces?

If that sounds interesting to you, then this is the Raspberry Pi hat that you need. This card sits on your Raspberry Pi and provides an incredible number of features. 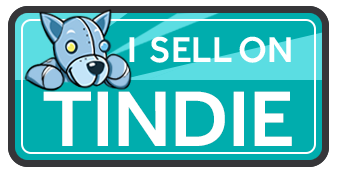 What is a PSOC?

It is a Programmable System on a Chip. The beauty of the Cypress part is that it includes both analog and digital logic which can be programmed to be whatever you want it to be. In addition, you get a 32-bit ARM processor.

More about the PSoC 5LP 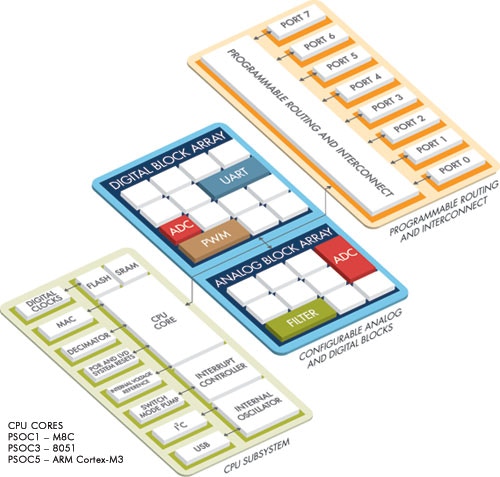 This frees you to re-route signals to user selected pins, shedding the constraints of a fixed-peripheral controller. In addition, global buses allow for signal multiplexing and logic operations, eliminating the need for a complicated digital-logic gate design.

The combination of configurable analog and digital circuitry is the basis of the PSoC platform. You configure these blocks using pre-built library functions or by creating your own. By combining several digital blocks, you can create 16-, 24-, or even 32-bit wide logic resources. The analog blocks are composed of an assortment of switch capacitor, op-amp, comparator, ADC, DAC, and digital filter blocks, allowing complex analog signal flows. 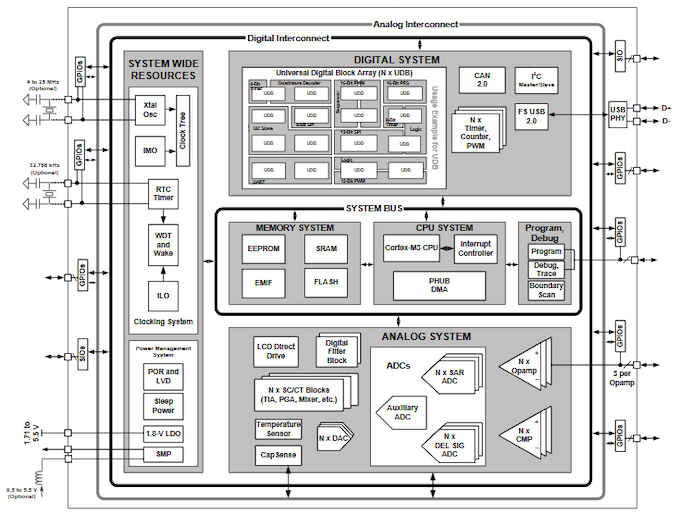 We've got a few examples of files that can get you started. We also provide the pinout files as your starting point for creating your.

How Many Ways Can You Blink the LED on the PI-SOC Hat?

It's a silly question since there are dozens of ways. But here's a few. 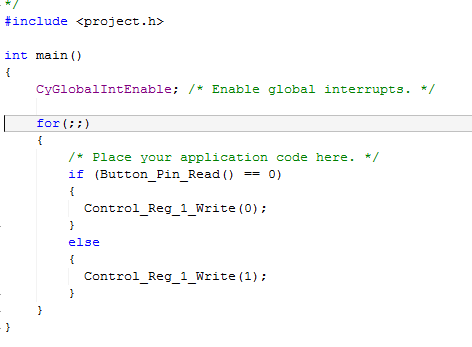 What's going on with the 30 LEDs in the video?

That's another simple design.It consists of two counters that are running at 1 Hz. Each of the counters has the same clock but one counts to 14 and the other counts to 16. The output of the counter is sent to a de-multiplexer which takes the 4 bit count and lights each light one at a time. 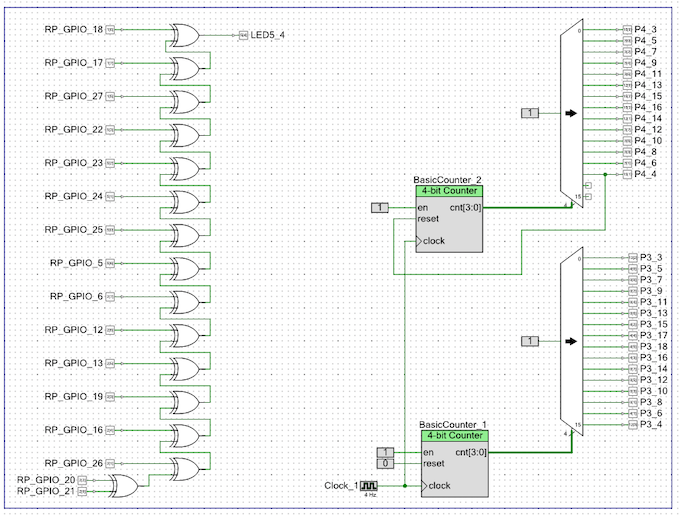 The other is an ex-or chain of all of the lines from the Raspberry...

You'll need their IDE to set up their peripherals, but after that a regular ARM cortex tool chain would work.

Learn how to use the Raspberry Pi Pico to sample at up to 500 kHz and perform a Fast Fourier Transform on the recorded data.
Project Owner Contributor