The Arduino Pi is a single board computer based on Arduino platform.

The Arduino Pi is a single board computer based on Arduino. The Arduino Pi has a six button keyboard known as GKOS, which is an chorded keyboard, and has an LED matrix based display. Right now, the LED matrix is a 5x5 LED matrix that scrolls. This was designed small but will later expand to maybe an 8x8 LED matrix and then 16x32 LED display. It has 4 digital pins for development using the Arduino platform. The scripting language is called Bitlash. I used Bitlash because it was easier to implement in the Arduino sketch than other programming languages. This project is an ongoing project.

As part of the 2015 Hackaday Prize, the challenge is to solve a world problem. I believe this solves an important problem for developers but not sure whether it counts. I believe that it solves the problem of implementing an Raspberry Pi - like computing system with the Atmel developing system (Arduino).

With the 6 GKOS keys, directly connected to Arduino I/O pins, it is possible to type any text and enter most functions found on the PC keyboard (Alt, Ctrl, Tab...).

The GKOS hardware is very simple, requiring only six pushbuttons to be connected to Arduino pins and to ground. In the Arduino Pi project, the analog pins are used taking up all the analog pins (if Arduino Uno is used).

LED matrices are often arranged in rows of common anodes and columns of common cathodes, or the reverse. Here's a typical example of an 8x8 matrix, and its schematic: Similar schematic is used for a 5x5 LED matrix. I used the code from the below link :

This link also includes the pixel maps for the 5x5 LED matrix.

For the LED Matrix, I will construct the circuits on a piece of paper in which the graphite is the wire as graphite is conductive.

Bitlash is an open source interpreted language shell and embedded programming environment for Arduino. The Bitlash shell runs entirely on the Arduino and supports many of the familiar Arduino functions. Bitlash interprets commands you type on the serial port or send from your favorite PC-side programming environment. I have integrated Bitlash with the GKOS keypad so instead of using a serial port to enter commands, the GKOS keypad is used instead. 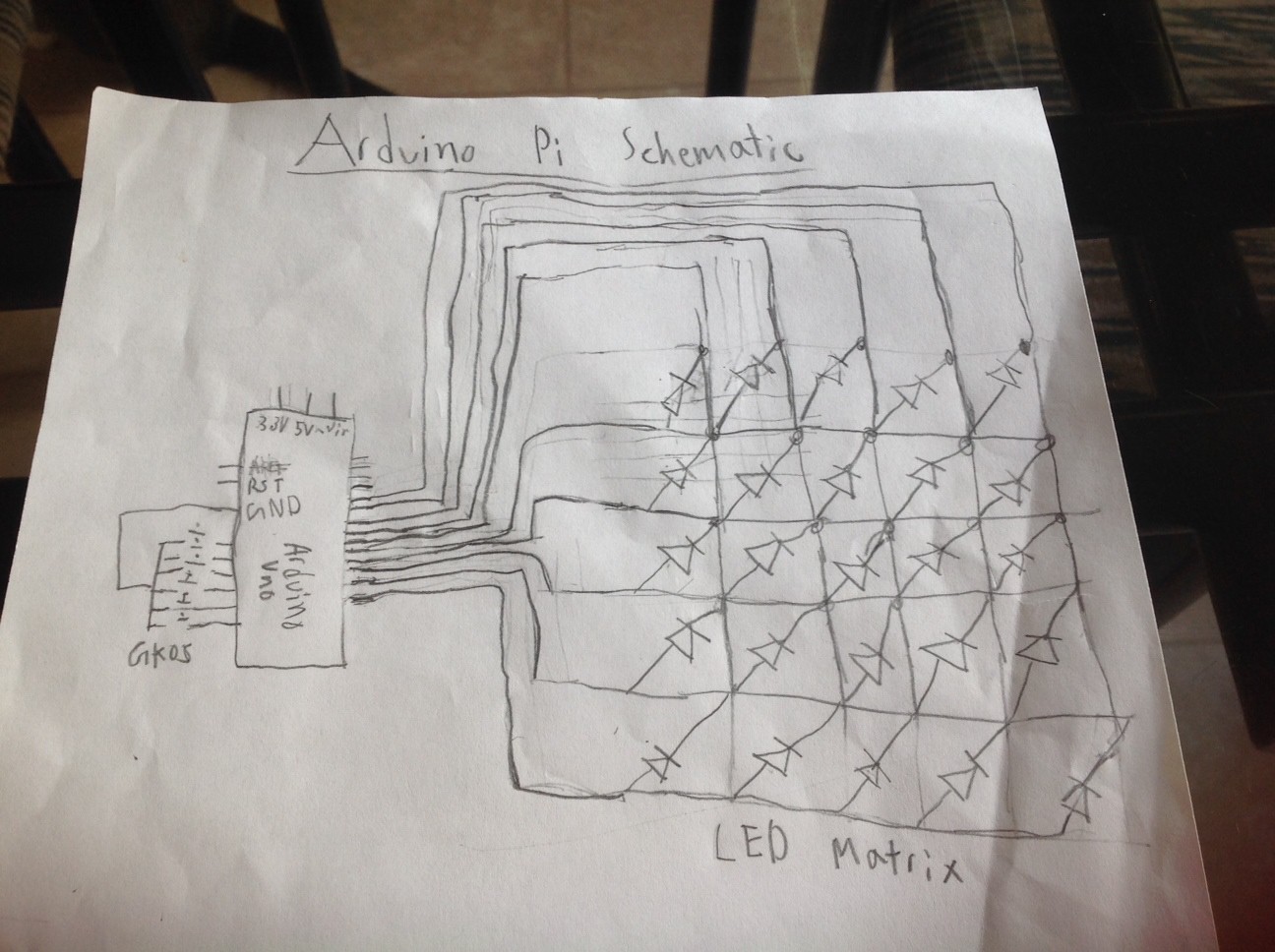 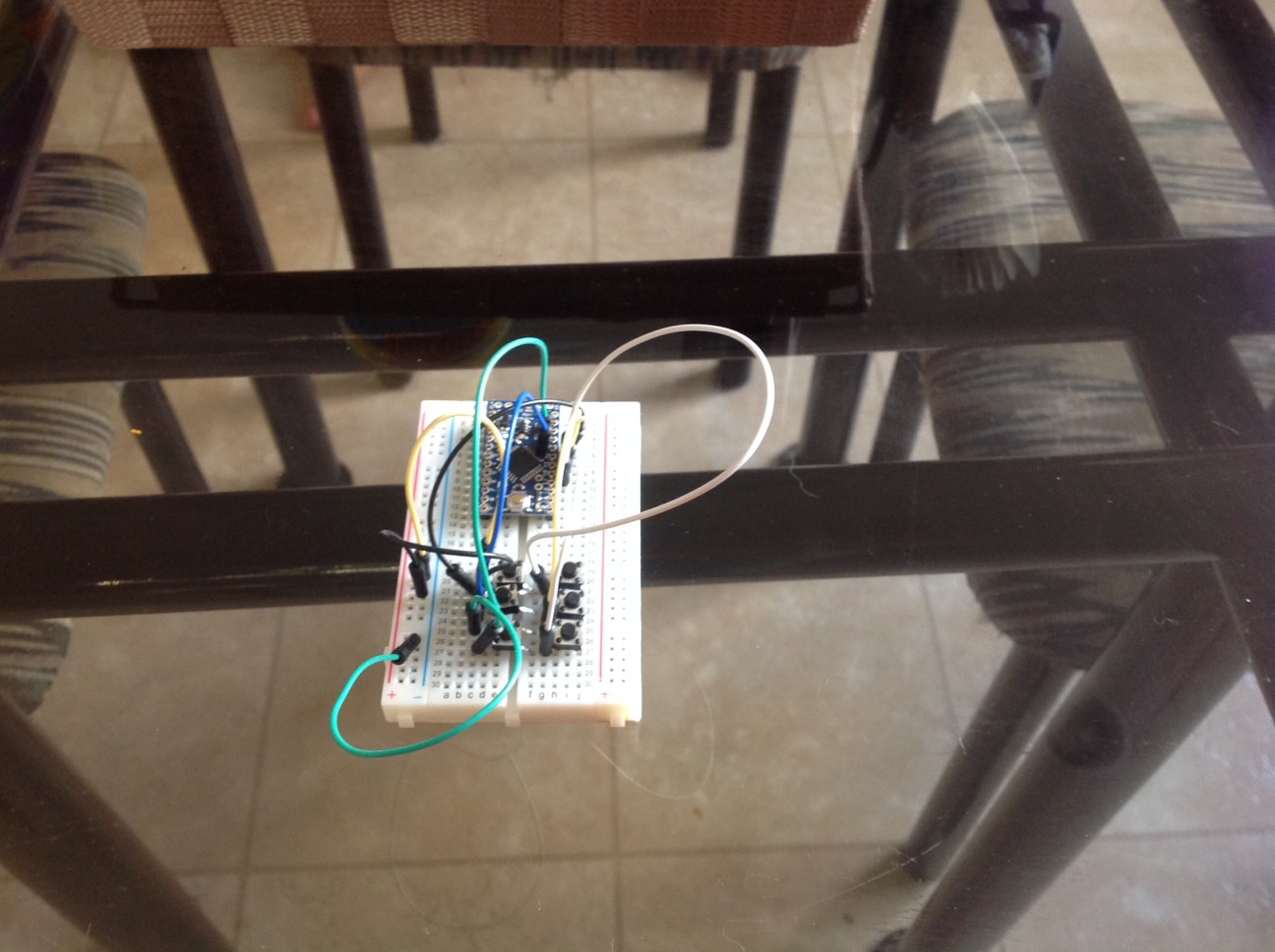 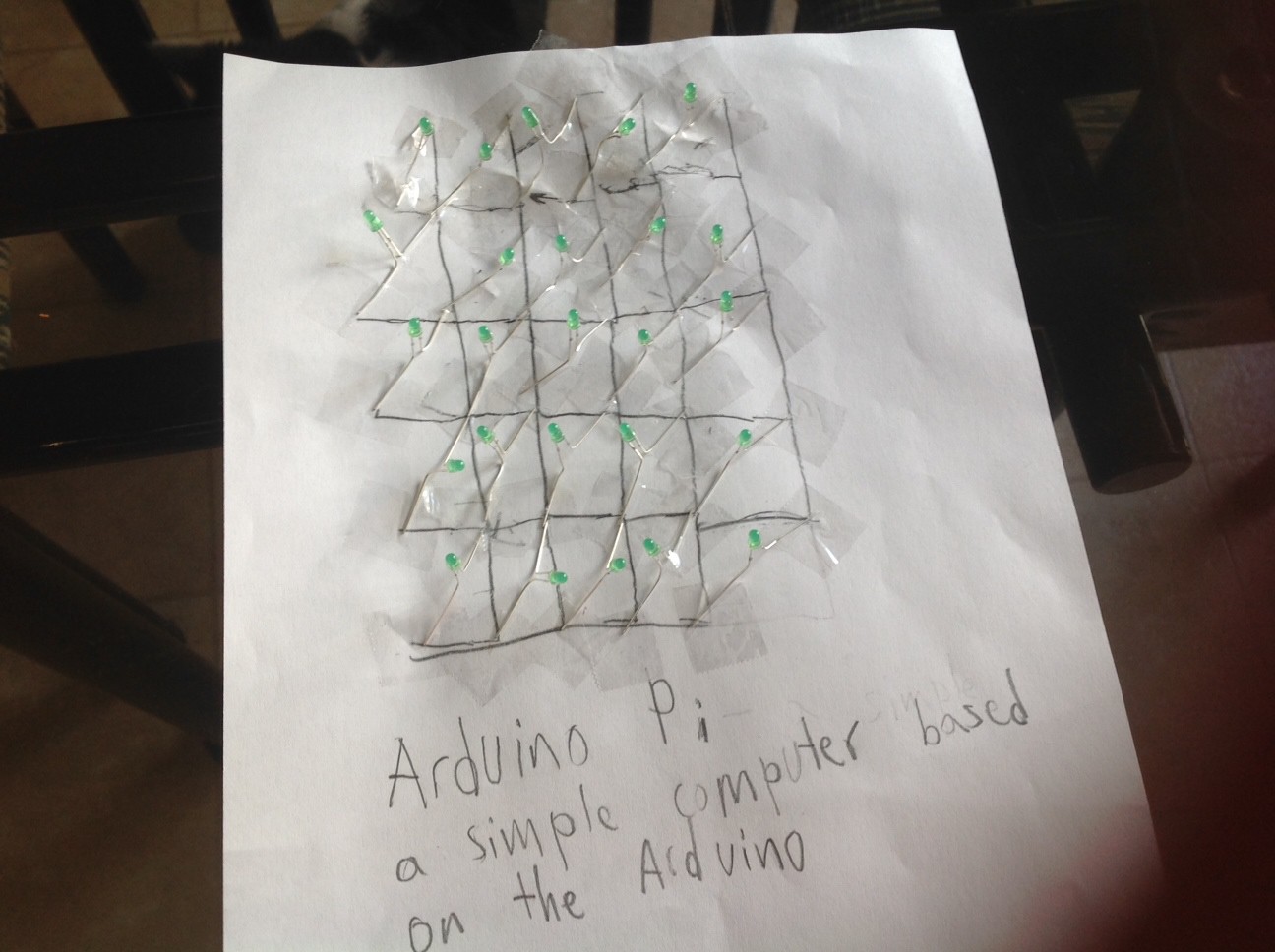 Stages of development and production (will be updated with when each stage was finished):

this connection are very organized,and that is good.

Don wrote 08/06/2014 at 16:25 • point
The project is interesting, but your project name and the image you use seem to be using Arduino and Raspberry Pi logos inappropriately.

Don wrote 08/08/2014 at 17:38 • point
I don't mean for any of this to detract from your very cool project and this is the last time I'll say anything about trademarks here, because, really the hacks are the important part!

From the Arduino website:
"Arduino" is a trademark of Arduino team and should not be used for unofficial variants."

The Arduino Community logo seems like it would be okay if you didn't have the RaspBerry Pi logo embedded in the user-specific area, maybe with the word Pi in it's place.

Maybe I'm misinterpreting, since I'm not a lawyer.

Adam Fabio wrote 06/17/2014 at 03:15 • point
Great Project bijtaj! Thanks for submitting it to The Hackaday Prize. Can't wait to see where you go with the Arduino Pi. Don't forget about the "connectedness" portion of the competition, it's not a requirement, but will definitely help you on the road to Space!

Just to display and showcase the effect of RGB with ws2812 neo-pixels. Experimenting different codes and effects with rings,
Project Owner Contributor