Take a cigar, a cotton hat, a toy skull, a cheap Atmega8, a salvaged transformer, a bit of software... mix all together and here it is!

One day a colleague brought a sort of toy skull he bought in a newsstand, to teach the human body with an educational publication. When I saw it I had no doubts. It was perfect for a blinking snoring skull, so I did it.

The Atmega8 is flashed with an Arduino bootloader, and is clocked with the internal oscillator at 8MHz. Because the Atmega8 doesn't contain a sufficient number of PWMs, a software PWM is used to drive two RGB leds (it requires six PWM channels). A photo resistor is used to measure the ambient light. Pressing a button until a beep is generated, the current light level is stored. If the ambient light goes under this level the skull starts to snore with a very annoying noise, until the ambient light returns higher the stored level. In this state 9 different “light effects” are displayed every 20 seconds with the two RGB leds. 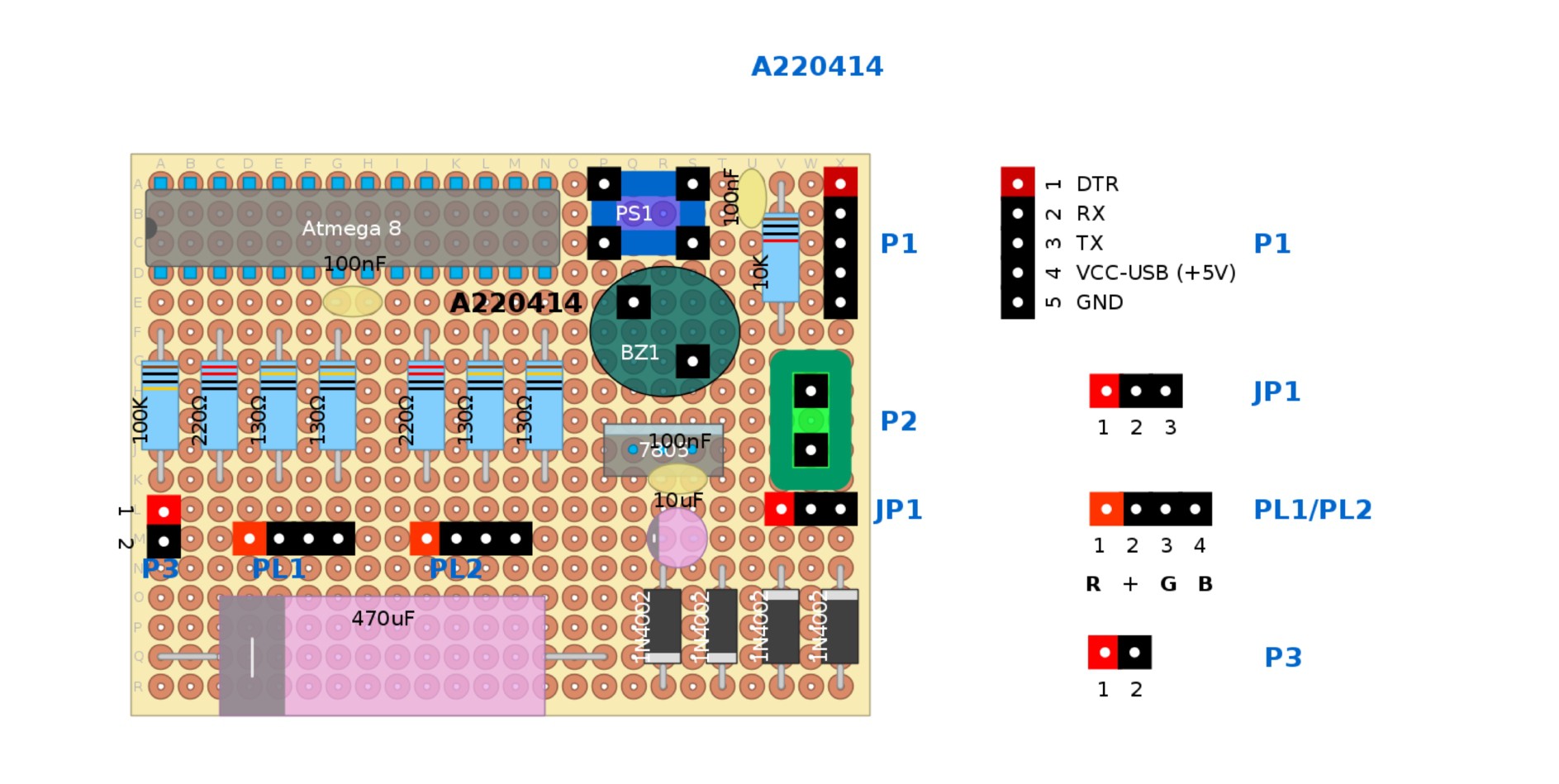 To power this thing I used a plug transformer salvaged from a broken multifunction phone. Because I didn't want to heat the linear regulator too much, to make things more accurate I did some measurements at different currents to find the transformer “equivalent source resistance”, and with a simple interpolation I found it about 8 Ohm (X = A, Y = V): 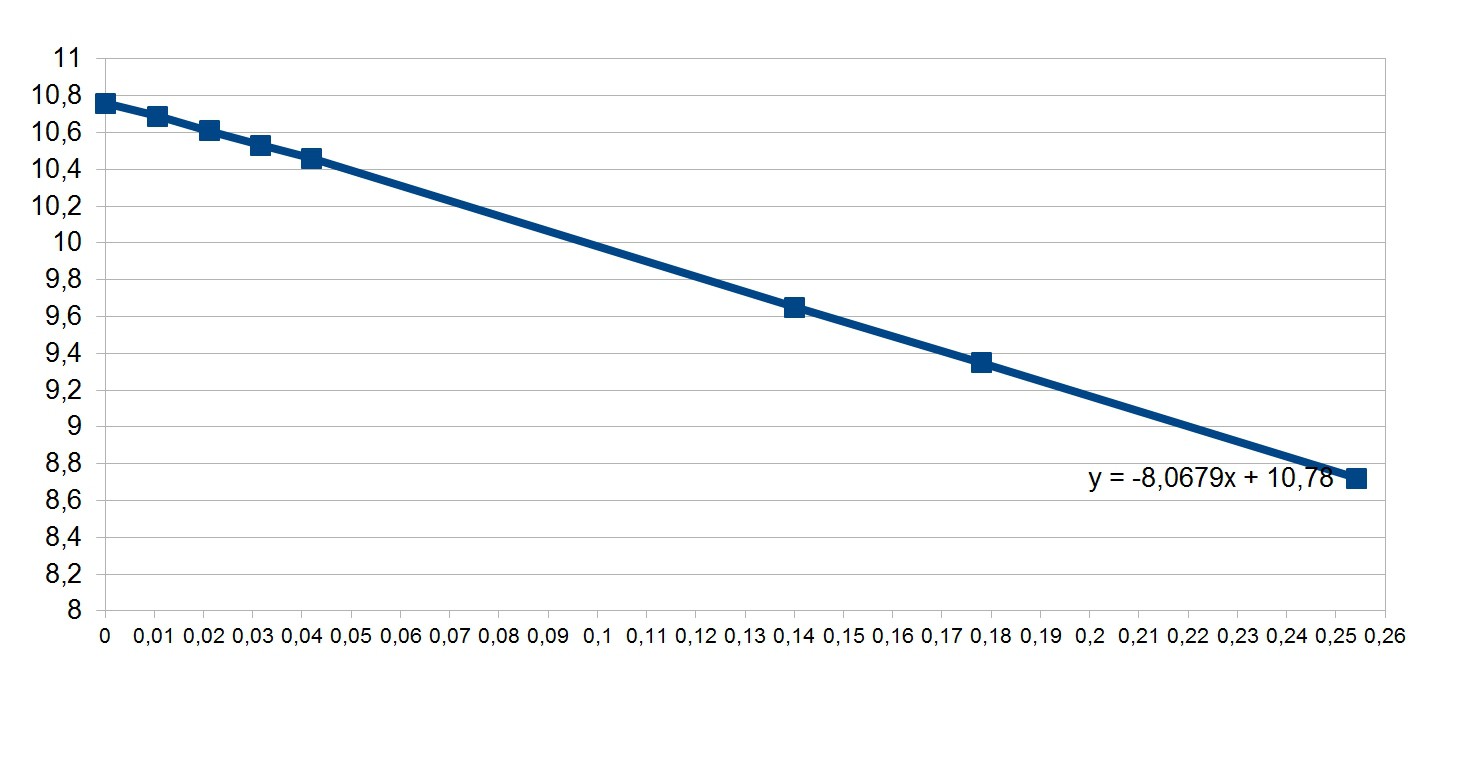 And here is a simple LTSpice model of the power supply (before the regulator). The 70 Ohm resistor simulates the load (worst condition): 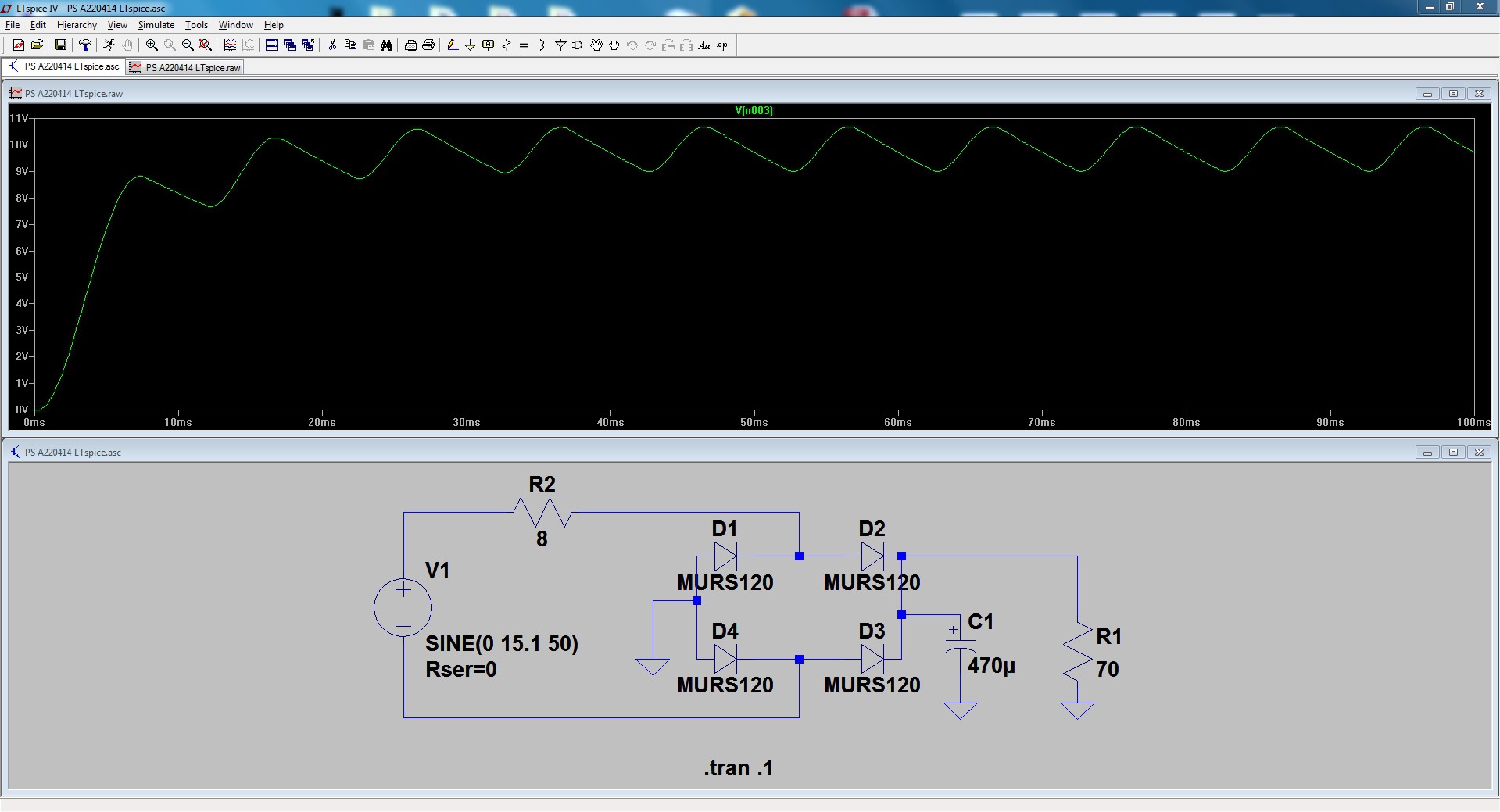 The schematic, the perfboard assembly guide, and the sketch with the used library are in the Files section (I did the software very quickly, so it is a little “rude”... anyway it works as expected).

The schematic was hand drawn with a tablet.

Build A Ring Light For Your Microscope or Camera

Is it possible to build a precise Fluorescence Imaging Device at home?
Project Owner Contributor

Infra-red light dimmer (220V/110V) that sits behind a switch in the wall. Powers itself from the mains, uses triac to turn on the bulb.
Project Owner Contributor