I fill my coffee maker with store-bought filtered water, because tap water around here is just loaded with particulate and lime, and who knows what else. This practice has kept the unit operating completely without maintenance for more than two years.

After this period of time, I estimate that I have spent more than six hours bringing water to the maker and filling it, replacing the cover, and cleaning up accidental spills. This estimate is conservative, the real amount of time may be as much as double.

That is a lot of time spent on things machines can do. Wireless RF integration allows the pump to supply water to the coffee maker on demand, because a corresponding Reactron unit in the maker knows when its water level is low.

As a real-time process optimizer, and a lover of coffee, it is only natural that I optimize certain aspects of my coffee consumption.

I had previously made some optimizations to the coffee maker itself, to reduce the amount of time waiting for the water heat cycle, making it an asynchronous process. You might say, what is one minute? Well, waiting one minute four times a day is four minutes. Done every day, that’s forty-eight hours over the course of two years. Two whole days! (In reality, the process takes more than one minute - and that is just the water heat. There are other aspects like loading the coffee in, removing the spent coffee, finding the mug, letting the coffee be dispensed into the mug, etc.)

Sure, some other things can be done while waiting for that minute or more. But I find that I run out of tasks that I can do for that short of a time. Even if I try, I may get engaged in the task and then the follow-up tasks, and I will come back to a very cold cup of coffee much later on. So I made some modifications to the coffee-maker to prevent it from serializing and wasting a full day or more per year of my time. But that is the subject of another project.

Back to the water filling. Three to six hours per year serialized and evaporated, but no more!

This is a simple machine, just a peristaltic water pump, basically a DC motor and some tubing, actuated by a Reactron (Arduino clone) with a HopeRF radio. 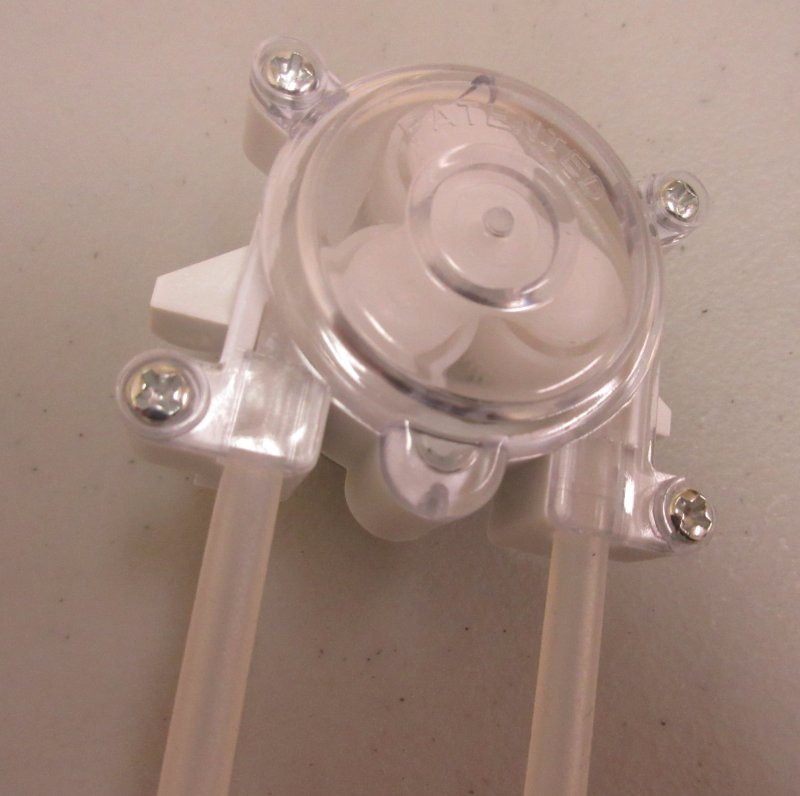 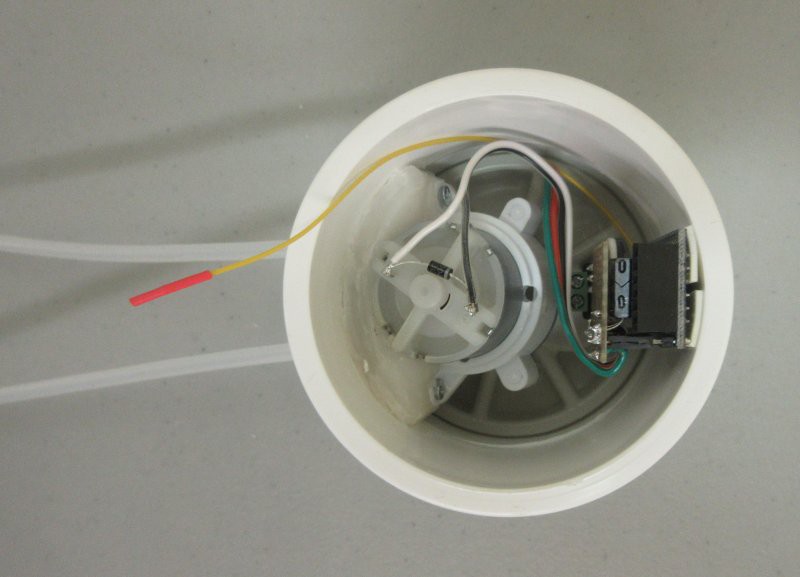 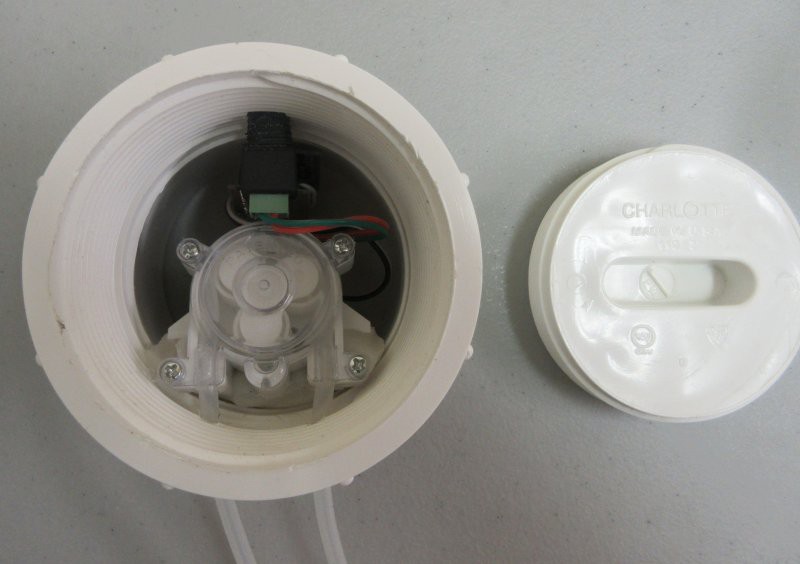 The radio is used to determine the state of the coffee maker, which is a completely separate, stand-alone unit with its own Reactron. That unit monitors the state of several things, including water level. If a low water level is detected, a small transmission is made to the independent pump unit to turn on. If it is not present, nothing happens, nothing lost. But if it is present, it starts to pump water until the low water condition has ceased. Pretty standard control loop, same as a thermostat, really.

The pump unit sits on the ground so that siphon action does not de-prime the pump. (I will be adding a check valve near the top soon, to reduce the time it takes. Then it would not have to sit on the ground… but it’s just fine down there, why take up table space?) 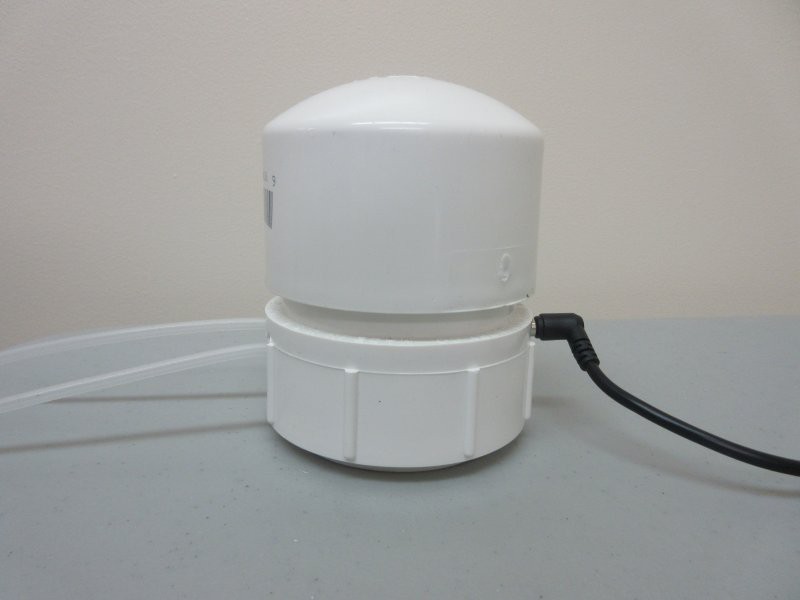 The supply tube is routed through a small plastic hand pump for five-gallon water containers, which is the water source. 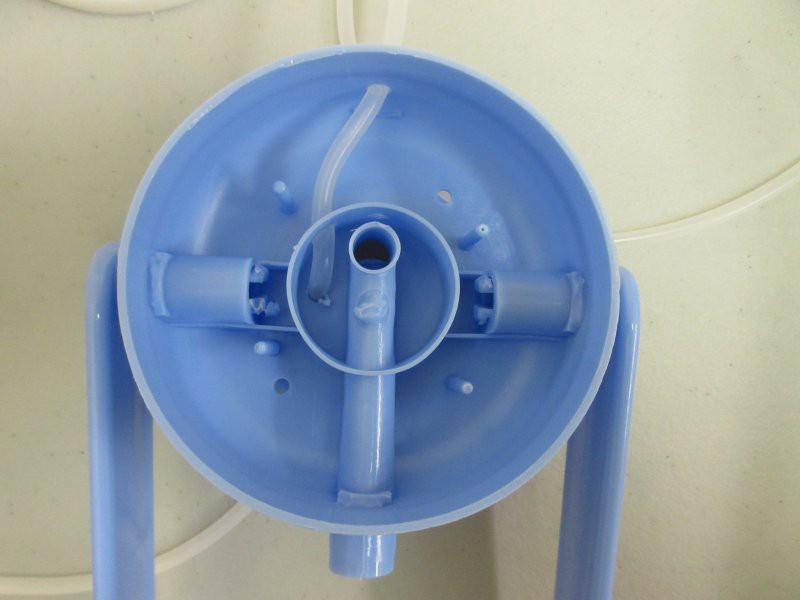 This allows the bottle to not require inversion, and also provides a handy way to prime the pump with air pressure if required. 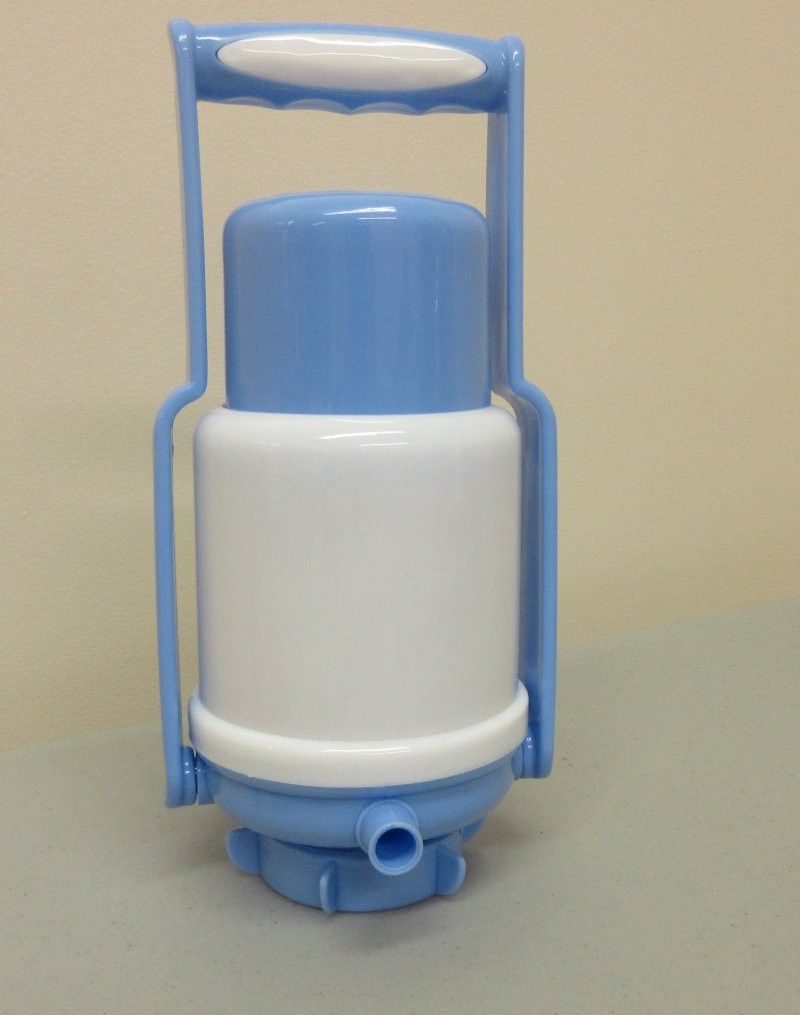 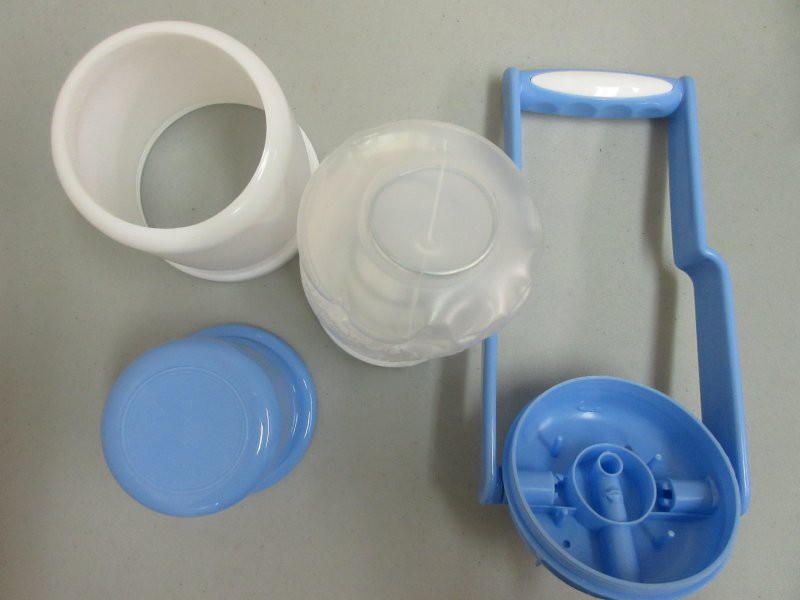 But I have enough of them now.

I believe the answer to “if only I had more time” lies in avoiding these tiny seemingly insignificant time taxes. It’s one thing to willfully spend time doing nothing or something non-productive or relaxing - I’m all for that. But to have your time forced from you by machines, that is hard for me to abide. Fortunately we can do something about it, if only we analyze our life in terms of manufacturing workflow (where recreational time is also real manufacture - of rest, fun, whatever it is, it is a product you want). Then make machines to reduce the impact of serialized time wasted by interfaces and machines in general. This theme is common to most of my projects. This is one of those machines, simple as it is. But since it’s so simple, and the benefit is hours of time per year, it’s certainly worth the $40 or so in parts. It certainly took less time to procure the parts and assemble them, than the manual water filling process would consume in a year’s time. So if it does not break in that time, I’ll be ahead. We’ll see...

The 2015 Hackaday Prize
There are many ways that have been suggested to lower water consumption by agriculture, but hugelkultur has the highest SNL by far.
Project Owner Contributor

A garden timer becomes an on demand water valve, when integrated into the Reactron network.
Project Owner Contributor