PHOSPHOR is a MIDI-controllable distortion device for analog video. I made it to create glitchy video projections in sync with Ableton Live.

things of interest to me

things of interest to me

There are some very impressive devices out there to create cool glitch art with analog video. I took the schematics of one of my favourite projects, the AVE MOD V2, and added self-made vactrols and a Sparkfun Pro Micro to control the device via USB MIDI. This does not only introduce saveable presets, but also allows for beat-synced analog video projections when performing live music with Ableton Live or similar software.
Like the AVE MOD 2, this distortion device is based on the schematic of the vintage Archer video enhancer.

Some people have asked me for the files of PHOSPHOR's predecessor, the ARCHER. The video circuit of this project is exactly the same. If you don't need the MIDI functionality, you can omit the vactrols and everything below to basically get the ARCHER. Another possibility would be getting the AVE MOD by syntonie.fr, of which the ARCHER was more or less cloned.
In reverse, if you don't want manual controls, you can omit the potentiometers and toggle switches. I would recommend keeping those for calibrations though.

I used both the ARCHER and PHOSPHOR prototypes with PAL analog video hardware and was very happy with the results. It should work with NTSC as well, but couldn't try it myself.
If I find the time, I will upload a version with the SOP version of the IC, since the DIP version is out of production (but can still be sourced relatively well).

Here are some stills that were done with the previous version (identical video circuit). I captured them by recording the ARCHER's video output on a VHS tape, playing it in slow motion on a Sony Wega rear-projection CRT and photographing that with a DSLR. 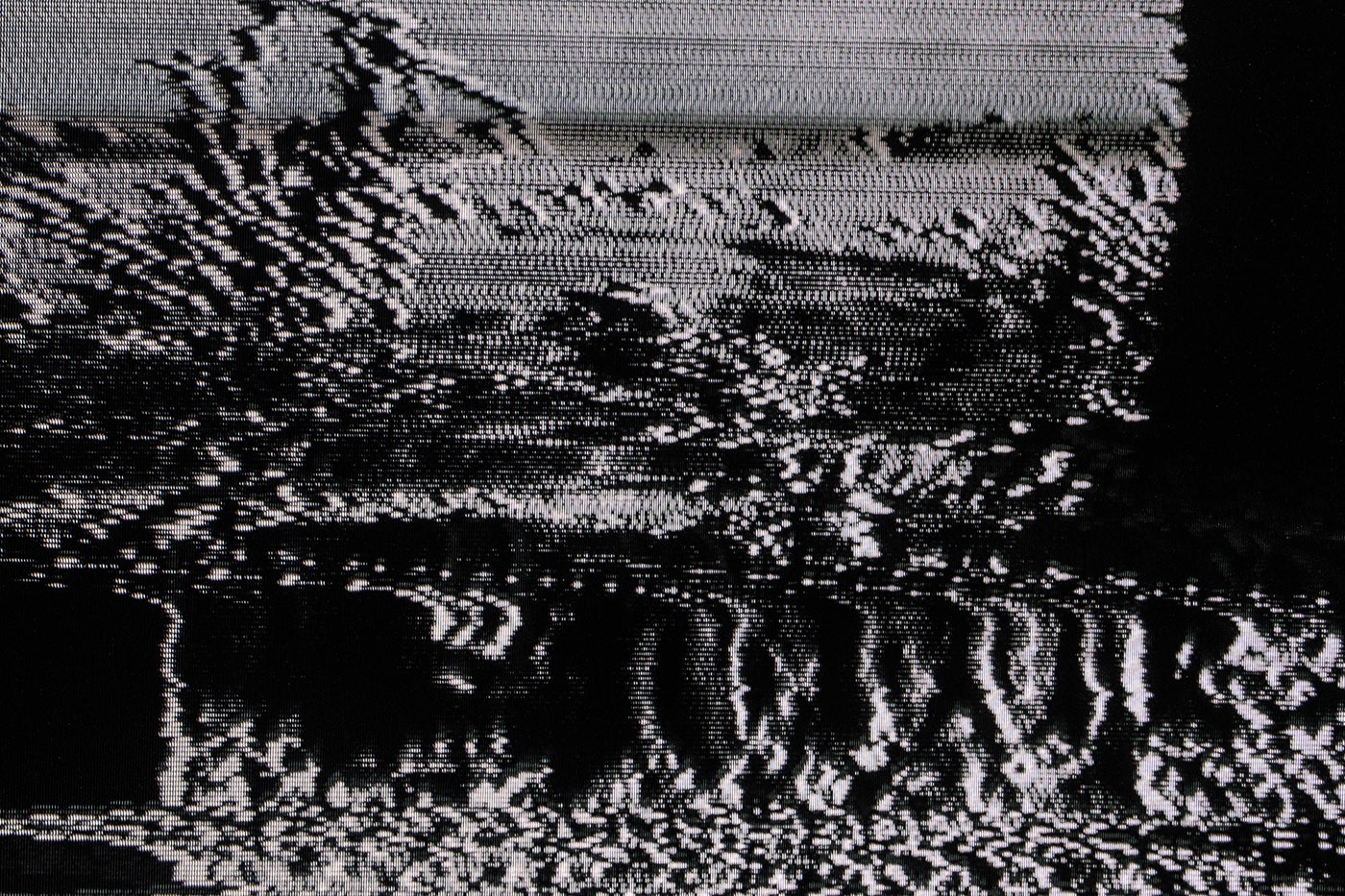 hi, i have noticed that the capacitor C2, perhaps, could be connected backwards? will it be possible? Greetings, thanks from Santiago de Chile.

Overdue update:
I've built this a while ago now. Works great!

I think I do need a TBC, as my CRT TV keeps loosing sync, and thus images become too abstract.

I also quickly wrote a little sketch that allows you to control vactrols using MIDI controller's CC knobs (in this case an Akai LPD8): https://github.com/jokubasver/phosphor_usbmidi_cc
I'm no programmer, but this works and allows you to play around with Phosphor's vactrols.

Thank you for this project!

You're right, everything went through fine and I've got my PCBs. As soon as I gather all the components, I'll build it and report to you. I couldn't source the same spec LEDs, would it still work fine with lower mcd LEDs?

The brightness of the LEDs is pretty critical. I would recommend getting the brightest LEDs you can find and try for yourself. You get more defined effects the lower the resistance of the LDRs under max illumination becomes.

I am trying to order some PCBs of this project through JLCPCB. However, the through hole version is not recognized, while the SMD version is fine. Not sure what the issue is, but could you check and make sure that the through hole version Gerber files (and the actual KiCad project as well) has all of the correct parameters and configs? Would really love to try this project out.

Hello, I just tried again and it worked for me.

Could you upload the zip file you are using to upload to JLCPCB? Also, when uploading the SMD version to JLCPCB, the Gerber viewer warns about not having defined edge cuts. I would guess the same warning would be for the through hole variant.

Tried again. It works, kind off. The gerber preview at first shows nothing, but when I add everything to the cart, it is properly recognized, albeit without the dimensions. What are the exact dimensions of the PCB?

It should work fine, I also got my pcbs from JLC with the exact same gerber files (and maybe the same glitch). The dimensions are 100x100mm.

2021 Hackaday Prize
Safe Meeting keeps an eye on you during your video conferences, and if it sees your underwear, the video is immediately muted.
Project Owner Contributor

The 2016 Hackaday Prize
A method to help Alzheimer or Senile Dementia patients to cope with temporary memory loss with a pre-recorded DVD in a portable player.
Project Owner Contributor

2021 Hackaday Prize
Safe Meeting keeps an eye on you during your video conferences, and if it sees your underwear, the video is immediately muted.
Project Owner Contributor