Complete integration test between the IoT Ubidots platform and the LOGO! by Siemens using Node-RED running on a Raspberry Pi

Complete integration test between the IoT Ubidots platform and the LOGO! by Siemens using Node-RED running on a Raspberry Pi

For some weeks I have done some tests with a LOGO! (logical module) from Siemens, for a few months I have seen that they use it in basic industrial applications, although I do not personally consider it 100% a PLC, it is easily integrated into monitoring and control applications for simple processes.

You could say that this equipment is the cheapest or affordable "PLC" that Siemens has in my country has a cost of approximately 200 USD, for the simple reason that being a Siemens brand is synonymous with confidence and perfect robustness for Domotica applications.

Since the following tutorial is a little more extensive it has been divided into 5 parts that we will see next.

Next we will perform the final test of this team performing the integration with the IoT Industrial Ubidots platform, before starting I recommend other tests and interesting integrations with Ubidots.

This version LOGO! 12/24 RCE 6ED1052-1MD00-0BA8 has interesting features, mainly Ethernet communication which expands the possibilities of integrations, a robust and reliable hardware.

3.Configuration and Programming LOGO! with LogoSoft

These equipments have programming software "LOGOSoft", it is programmed by means of logical blocks or Function Block Diagram or FBD, previously we have created an example, each output will realize the change of color in the LCD screen and analog input reading.

Download this LogoSoft example at the end of the article.

Proposed architecture for programming and configuration.

Recommendation: watch the full video of this test to understand how it works: Integration Industrial LOGO! Siemens with Ubidots Platform IoT.

To perform the integration between the LOGO! and the Ubidots platform we will use a Raspberry Pi 3 model B in which we have previously installed Node-RED.

Buy it here: Raspberry Pi 3 Model B or B+ with Case

4. Communication LOGO! and Node-RED through S7Comm

The LOGO! Modules they use the S7Comm protocol for communication with remote applications, thanks to the Node-RED developer community, they have created S7 nodes for ethernet communication using TSAP.

The communication between Node RED and Ubidots is done using the MQTT protocol, making the connection to the Ubidots Broker, there are 2 methods to make the subscriptions and MQTT publications.

Recommendation: watch the full video of this test to understand how it works: Integration Industrial LOGO! Siemens with Ubidots Platform IoT. 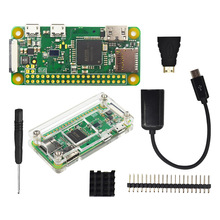 The Hydrosys4: control system for irrigation based on Raspberry Pi
Project Owner Contributor

This is a control application using telegrom bot api and rpi. With this application you can control your devices or read sensors data
Project Owner Contributor

I live in a rented flat and didn't want to shell out ~£200 for a Nest thermostat, so I decided to build my own.
Project Owner Contributor