You'll learn how to construct your Arduino Airsoft Fakebomb.

You'll learn how to construct your Arduino Airsoft Fakebomb.

The JLCPCB Factory is promoting this article and you can obtain your printed circuit board with good discounts.

Do you like shooting games? I'm sure that in addition to playing on the computer, you already had the desire to play in real life. Playing a game with so much action gives us adrenaline and is fun when playing with a group of people.

But I guarantee one thing for you: Shooting games are possible thanks to paintball and airsoft. There are 2 games in which we can assemble teams of people and each person will have a weapon. This gun has paintballs or paintballs (airsoft).

With them, players will be able to attack and defeat the enemy team through shots or when a terrorist bomb is detonated.

These are some game modes. In addition to these two, we have the modality of conquering territory. Teams struggle to dominate territory and the one that dominates more territories over time will win the game.

From these modalities, we will develop a fake bomb with the functionality of conquering territory and, also, of explosion based on a pre-programmed time.

The figure below shows the structure of the fake bomb with Arduino. 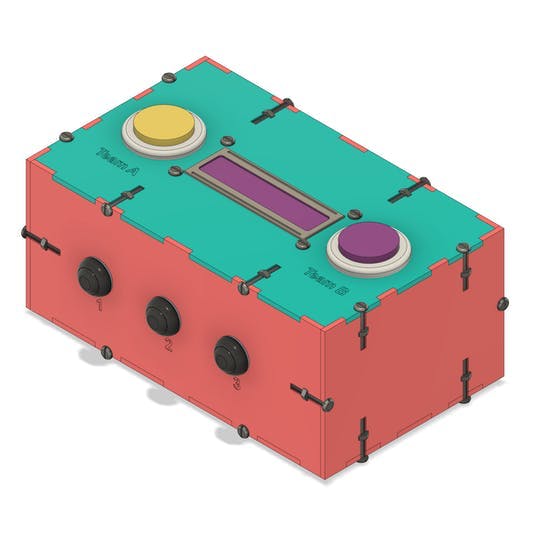 Below we will explain the complete structure of this pump. We will talk in detail about its operation and structure.

Now, we'll explain our project of a fake bomb with Arduino to conquest the war in airsoft or paintball.

How to develop an Arduino fake bomb for Airsoft and Paintball

The fake bomb has a total of 5 buttons. We have 3 buttons to configure the operating mode and other parameters. These buttons are represented by buttons 1, 2, and 3, as shown below.

In addition to these buttons, we have the 2 buttons yellow and purple. These two buttons are used for the territory conquest mode. This modality will be discussed in this article.

The territory conquest modality has several devices scattered around the map and teams need to conquer and defend these territories.

The winning team is the one that occupied the largest number of territories in a given time programmed by the game judge.

For this modality, we use yellow and purple buttons.

Team A, for example, must press the yellow button for a programmed time. When that time passes, the territory is dominated.

This same process goes for the purple button of team B.

But make no mistake. This is not an easy task. In addition to conquering, they need to defend the territory.

That's when the adrenaline in Airsoft or Paintball starts. You need to fight and defend to dominate each territory in the game.

Next, we will present the circuit structure for this project. 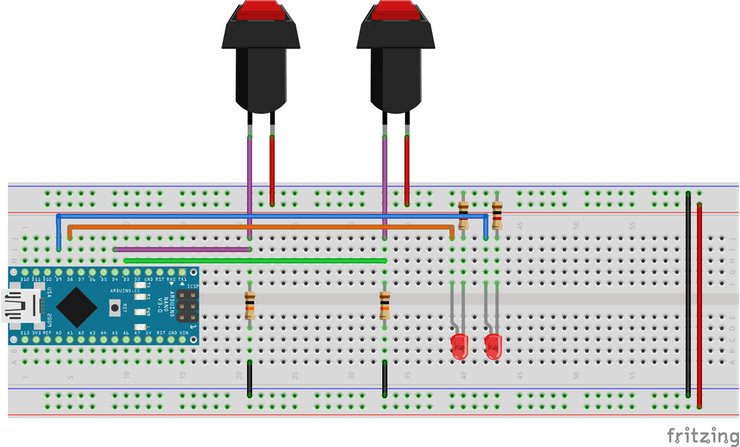 Figure 4 - Electronic Schmatic of the Circuit.

As you can see, we have the circuit structure with two buttons and two signaling LEDs, which are connected to an Arduino Nano.

In the case design, the LEDs are already embedded in the button structure itself. In addition, we will use an Arduino UNO in the internal control of the enclosure.

Next, we will present the programming logic for this project.

Development of programming logic for the territory conquest mode

The logic is simple and is based on the logic of the Arduino millis function. The following is the complete logic for the game mode shown above.

The 2017 Hackaday Prize
Arduino-based gag thing, when you point it at someone, it makes noise and flashes some LEDs.
Project Owner Contributor

You'll learn how to construct your robot to play in artifact rescue competition with robots.
Project Owner Contributor