This device allows me to detect if the spool ran out of filament or if the print head is clogged !!

Since I have my Creality 3D printer, I am nervous about a huge print stopping in the middle because of a problem. This printer already comes with a filament detector but it's only a small microswitch and it is only useful to detect when this pool is empty. The problem is that if the head is clogged then I have no way to detect if it's the case and this makes me nervous.

The solution
The solution that I came with is to design a circuit that detect when the spool is turning so, this way, I will be able to see if the filament is moving.

The device
The monitor checks an home made Rotary Encoder and adds up a numeric value that is then verified and if the count stops for a certain amount of time, the program pause the printer. In the meantime, it sends the number on io.adafruit.com so I can see that the filament is still moving.

While thinking about this project, I came up with a list of features that I would like to have while creating this design. This is the list:

The circuit used a hand made "rotary encoder": my goal was to, initially, detect not only that the filament was moving but also to detect the direction. I noticed that the retract action of the printer pushed the filament up but, because I converted my printer to a direct drive, I do not have a Bowden tube anymore and this retraction movement do no more push the filament back into the spool.

Anyways, I kept the idea of a rotary encoder and used 2 LEDs and 2 photo resistors to evaluate the rotation. the circuit that is displayed here shows the 2 "Channels"; one for each LED-Photoresistor pair

As we can see in the circuit, the two channels are driven by the two op amps that are included into the MCP602A chip. The goal of these channels is to flip a bit so I can read it from a digital pin.

Then, internally, as soon as D5 or D6 changes, a counter is reset and as soon as it is greater than a predefined value (controlled by the web page) (50 second or so), the buzzer is fired and a relay is triggered triggering the PAUSE action on the printer.

I like the "old school" or "retro" designs so, I designed an enclosure that reminds me of this era.

The small circuits were cut with my CNC. They are different: 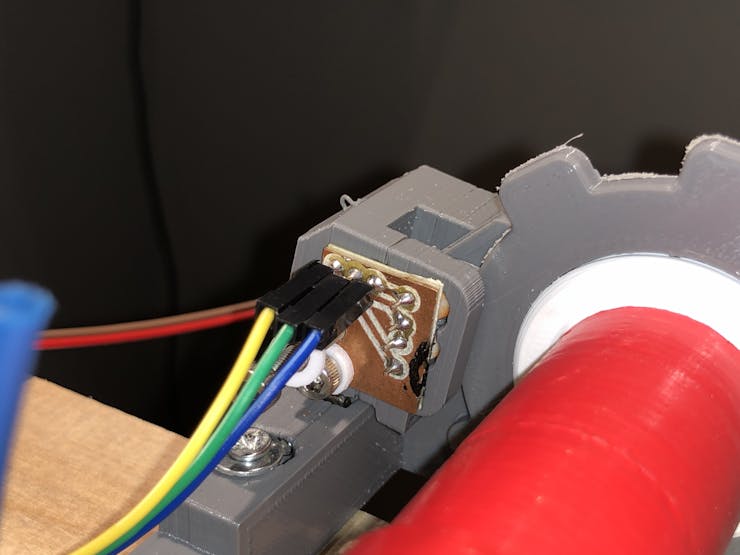 The board is compose of 3 parts: 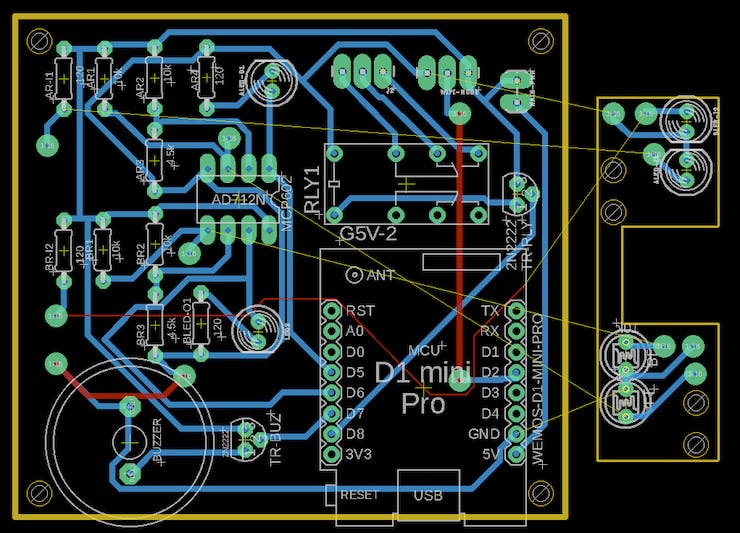 While printing, I can take a look at the print by checking the graph. 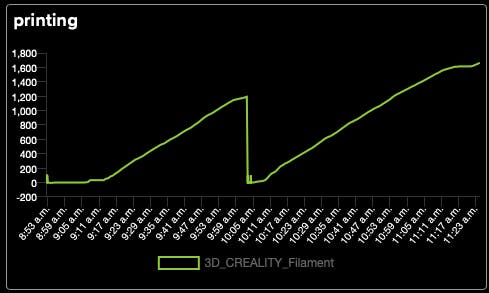 While printing, the value on the graph grows. The previous image shows a print that started than crashed because I stopped the spool from turning. I replace the spool, reset the Wemos and restarted the print and that's why the graph looks like this.

The web interface allows me to change the buzzer and relay reaction delay.

I also added a "Raw" section where I see the data entry and the related date-time for each entry which keeps me informed.

Video - Look at the project, in great details