A charliplexing-driven 47x8 led matrix made with an atmega48. Can also be controlled via I2C and includes scrolling text capabilites

Given the charliplexing technique to drive a multiplexed led array I thought about making a cheap and easy-to-control board in order to get my own custom led matrix scroll sign (I'm a fan of those old red led stripes with horizontal scrolling text that are so popular on metro message boards, some stores, traffic signs...).

This is what I ended up designing, making and programming!

Here I have a fully functional programmable led matrix array I made with a single microcontroller (an atmega48p) and some charlieplexing techniques.

It acts as an "external device" that can be attached to a different main micro (even an Arduino-like board with the most common libraries) and also controlled in an easy way via I2C (sending commands to scroll text, control the buffer, the speed, etc.).

See it in action here:

It's a cool and interesting way to drive multiple leds using a small amount of pins and almost no aditional components / multiplexors rather than the main micro and a bunch of resistors.

By using 20 pins from an atmega48p (that's every "regular" I/O pin except the ones for the I2C communication) it can drive up to 380 different leds (n^2 - n, with n = number of pins). If the micro speed is fast enough (the atmega48p here is clocked at 8Mhz with works with no problem at all) and with some software tricks and delays it'll show a very nice and "stable" matrix that allows a pretty decent display. 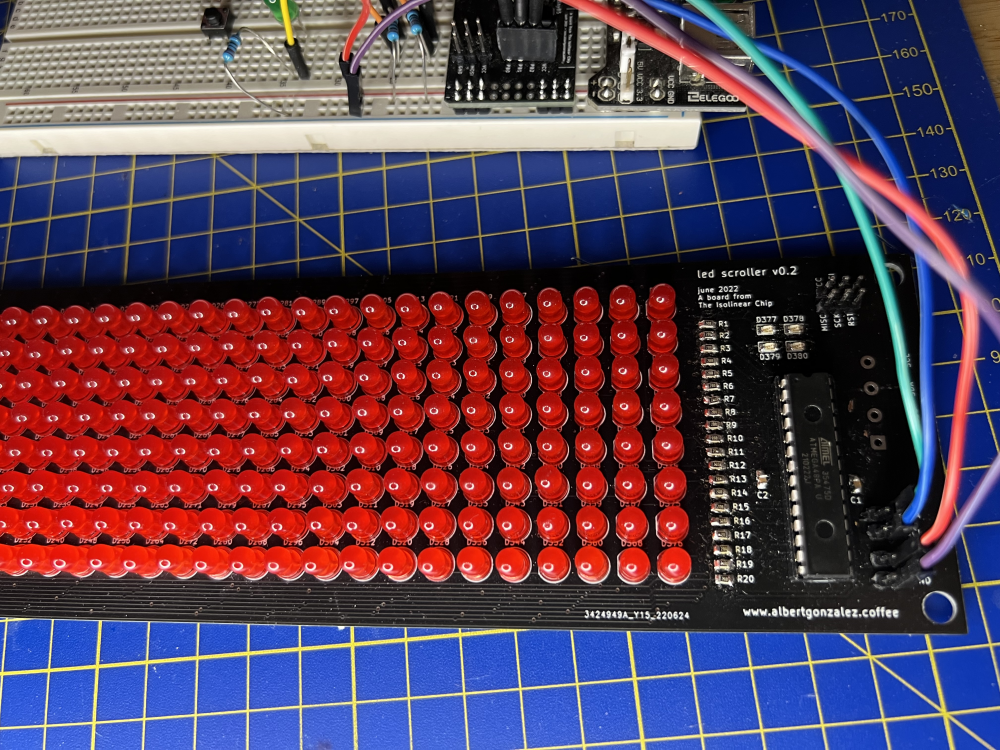 Despite being functional, it's far from being perfect (specially if we compare it with non-charlieplexing solutions). There're some "problems" or, at least, minor inconveniences to be aware of:

So, in conclusion: it'll work nice for small projects, but if you're planning to build a super-giant-sized matrix you should probably consider a different option (nothing new here :D) 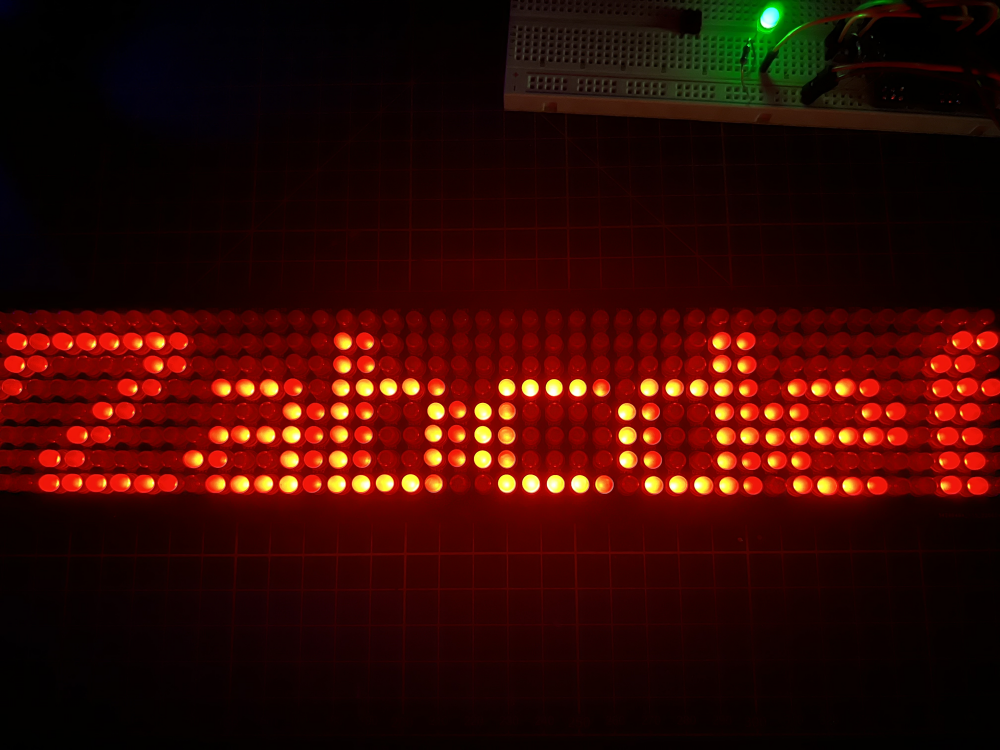 Following the spirit of those small peripherals that are connected via I2C (OLED screens, real-time clock boards, etc.) and since I'm kinda comfortable with it (even wrote some I2C libraries for attiny85-like AVR micros) I've decided to use it in order to listen to commands and data. This way any main device can just send whatever buffer needs to be displayed, or even use the built-in text-scroller function!

The PCB is a homemade design, currently on it's second iteration (the first one was pretty much the same but with more space between the leds, no SMD components and some critical design errors when mapping the resistors with the pins :D) and it's made with KiCad.

It's a big matrix of leds manually wired to a bunch of 20 ohms resistors...

Board design which makes it easy to attach LED light strips (APA102). No soldering is required by the maker who is using this board
Project Owner Contributor

Board for modular LED wearables