My Half Life Clock

A simple project using avr-libc and some cheap peripherals to implement a clock which counts down to a major life event.

In February of 1991, I arrived for my first day at my employer, Pixar Animation Studios. Through the years, a number of people at Pixar have been recognized as having spent half their life at the Studio. In November of 2017, I will join their illustrious ranks. I thought it might be fun to make a digital clock which counts down to that day, using a TM1640 16 digit 7 segment display, an inexpensive DS3231 clock module and an $3 Arduino module. While this use is fairly specialized, you can use the ideas and code in this project to implement a count down clock of your own.

Compiling it in its final form resulted in a 1020 byte flash image: 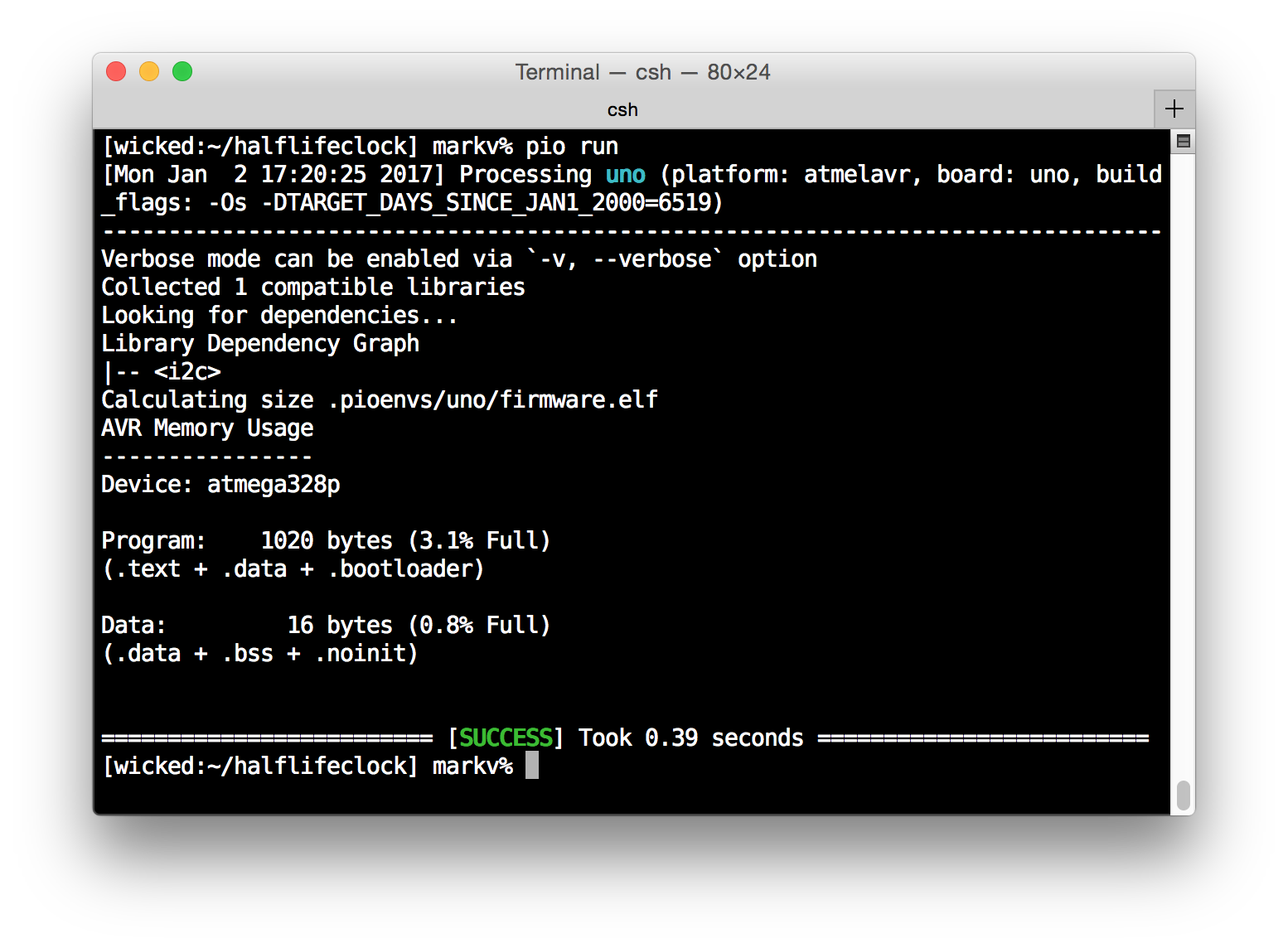 And the code is available under an MIT style license from my github page. I was initially going to put it on a small Arduino micro, but I found a nice black box (part of the packaging for an Amazon Echo) so instead I just used that and kept it on the Metro that I was using for the prototype. I slit the side to accomodate the TM1640 display, secured it with a couple dabs of hot glue, and then piled the rest of the electronics inside. Despite the chaos of junk inside, it actually looks pretty nice, and will sit on my office desk for the better part of the next year. I did a simple video showing the final unit below:

When the day comes? It has to come to life and climb out the window. Because Pixar!

Time from space on an ATTiny13A
Project Owner Contributor