A small cheap Microchip MCU Demo Board that may come handy for beginners.

I needed a small Microchip MCU Demo Board for a presentation. So I made one with some stuff working "out of the box" that may come handy for beginners.

This is an easy to build "basic" Demo Board using a cheap PIC16F648A, but it has some "ready to use" stuff as a connector for a common 1602A/2004A LCD (not included into the 3$ count) and that can be used also as a "normal" GPIO connector, or an other connector to use a simple and cheap Serial-USB adapter and take the power from it.

Instead of the usual trimmer, the LCD has a simple PWM "converter" to generate the contrast controlling voltage.

Here a short video with some demo programs:

I used a perfboard to build it. To make things easier, I used an interesting open source program to design a plan to follow for placing the components: DIY Layout Creator
The result is the file "A2312167A Layout.pdf" (see Files section). 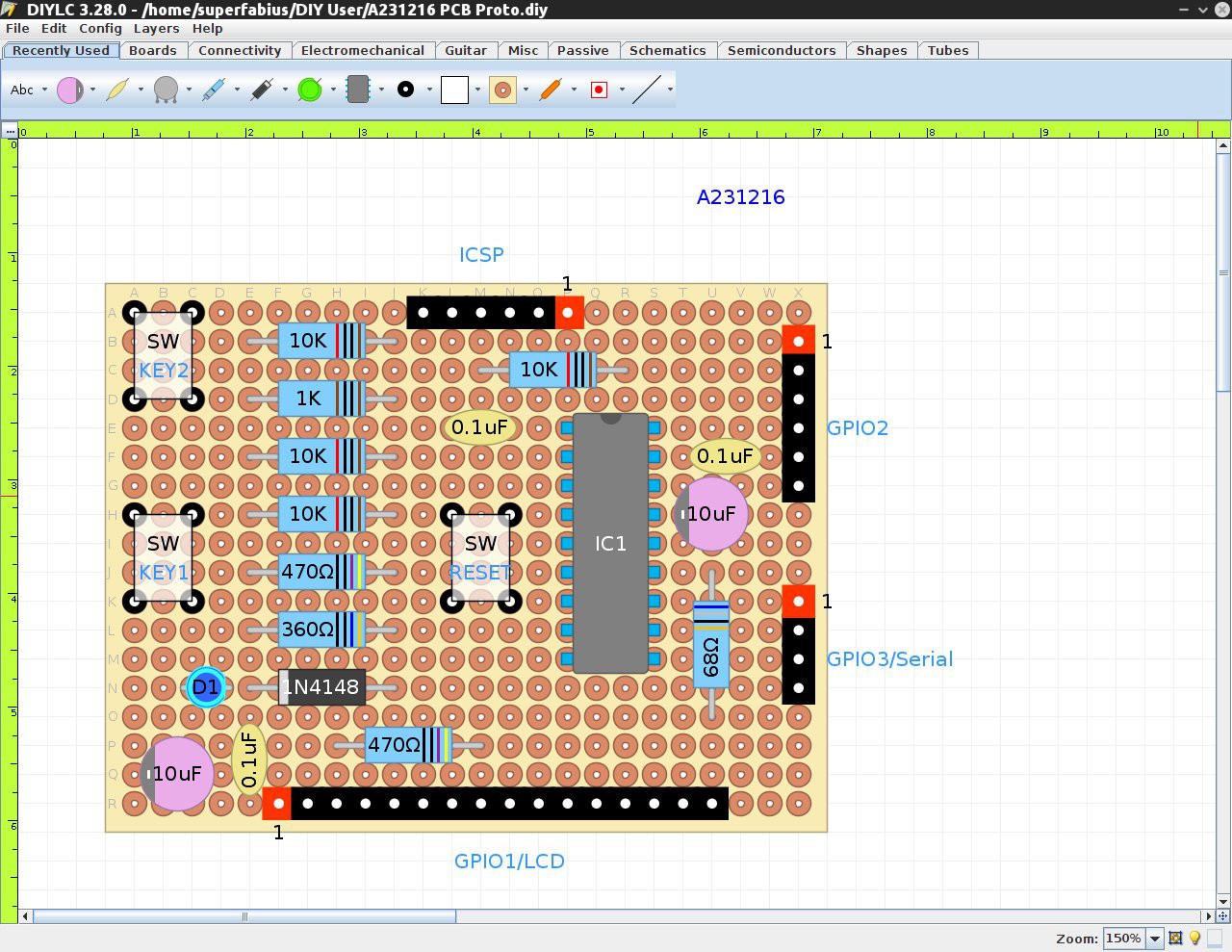 I've attached the demo programs (Assembler and C) used during the video, including the LCD driver (lcd.h).
Of course you need a Pickit 2 or 3 or an equivalent device to program it using the ICSP connector.

Yet another Arduino clone with through-hole components
Project Owner Contributor

Adventures with a STC89C52 development board