A quick overview of the project:
The table uses WS2812 strips in a 32x16 array and is controlled using a microcontroller. All the processing is done on board. The table is controlled through bluetooth with an android app.
Power supply is a purchased 300w external unit.
The table has multiple games and apps implemented on it such as snake, tetris, lightcycles (tron), and go.
An emulator was written additionally to speed up code production.
The physical table itself was designed in sketchup then laser cut, stained, sanded, and assembled.

The main parts of this project are:

The code is available on github. This includes the emulator, the bitmap parser, and the microcontroller code.

In the links the team website can be found with senior design documentation, more pictures, code dumps, and the laser files. Warning: Data usage

The custom board isn't required in a replication, the launchpad can be used.

This is a prototype made for our team's Senior Design project.

For a independent build, the main things would be to eliminate certain ABET requirements.

Then find a better way to implement the dividers for the pixels.

The code, the framework itself is useful but there's a number of improvements to be done. Testing various heights and their effects on the light dispersion 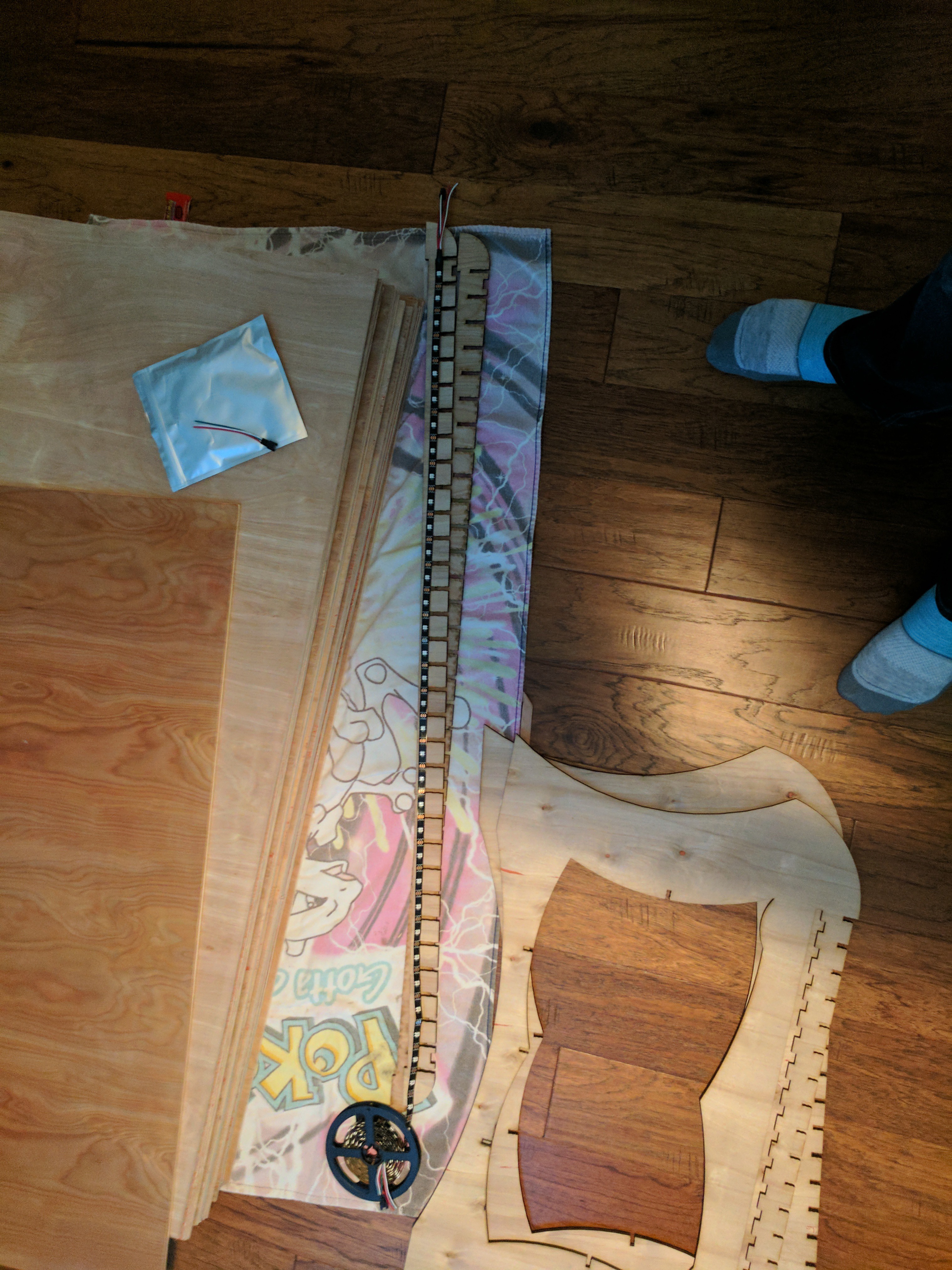 Thus the start of the painful staining begins 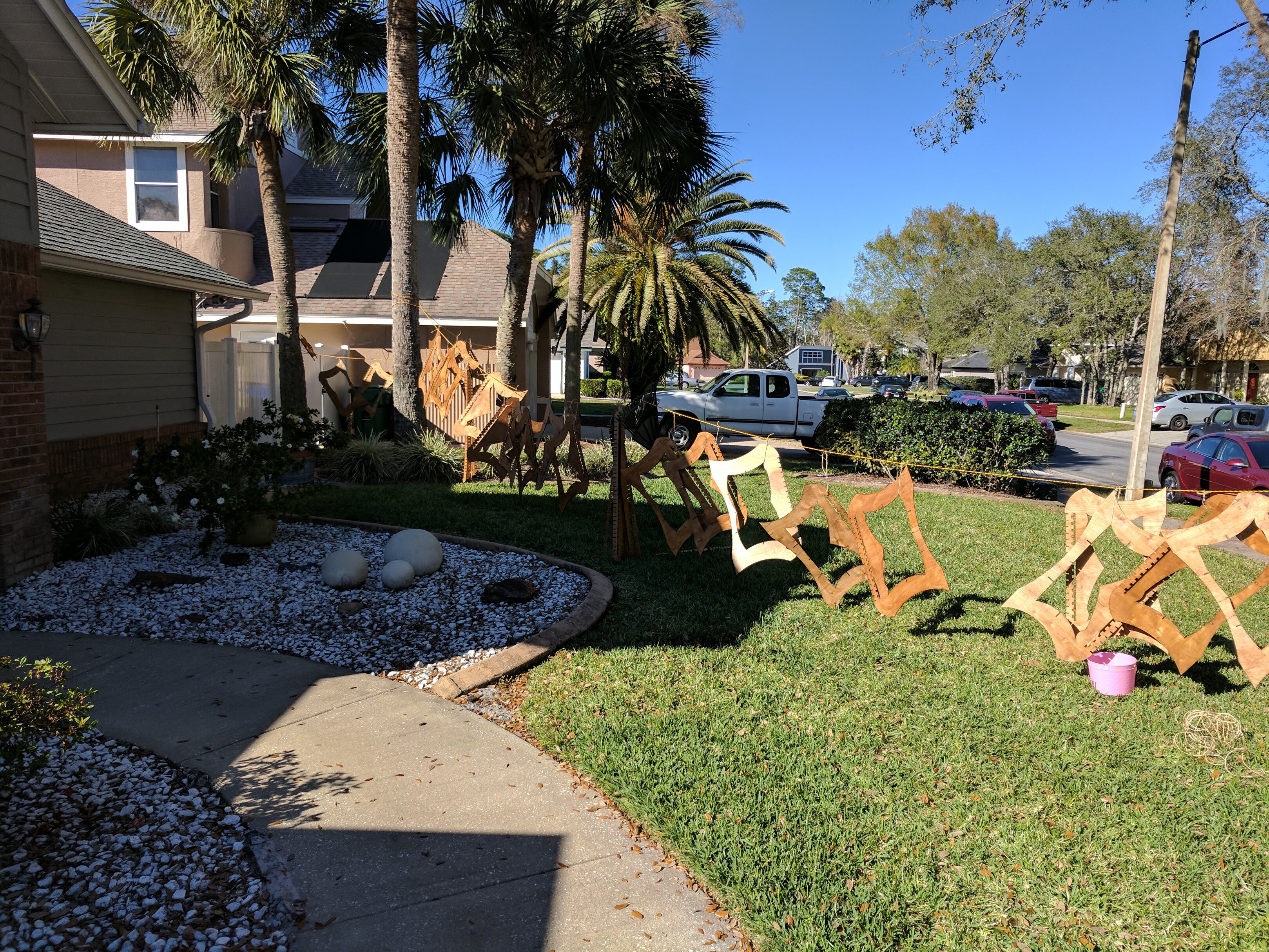 Waiting for round 1 of the stain to soak/set 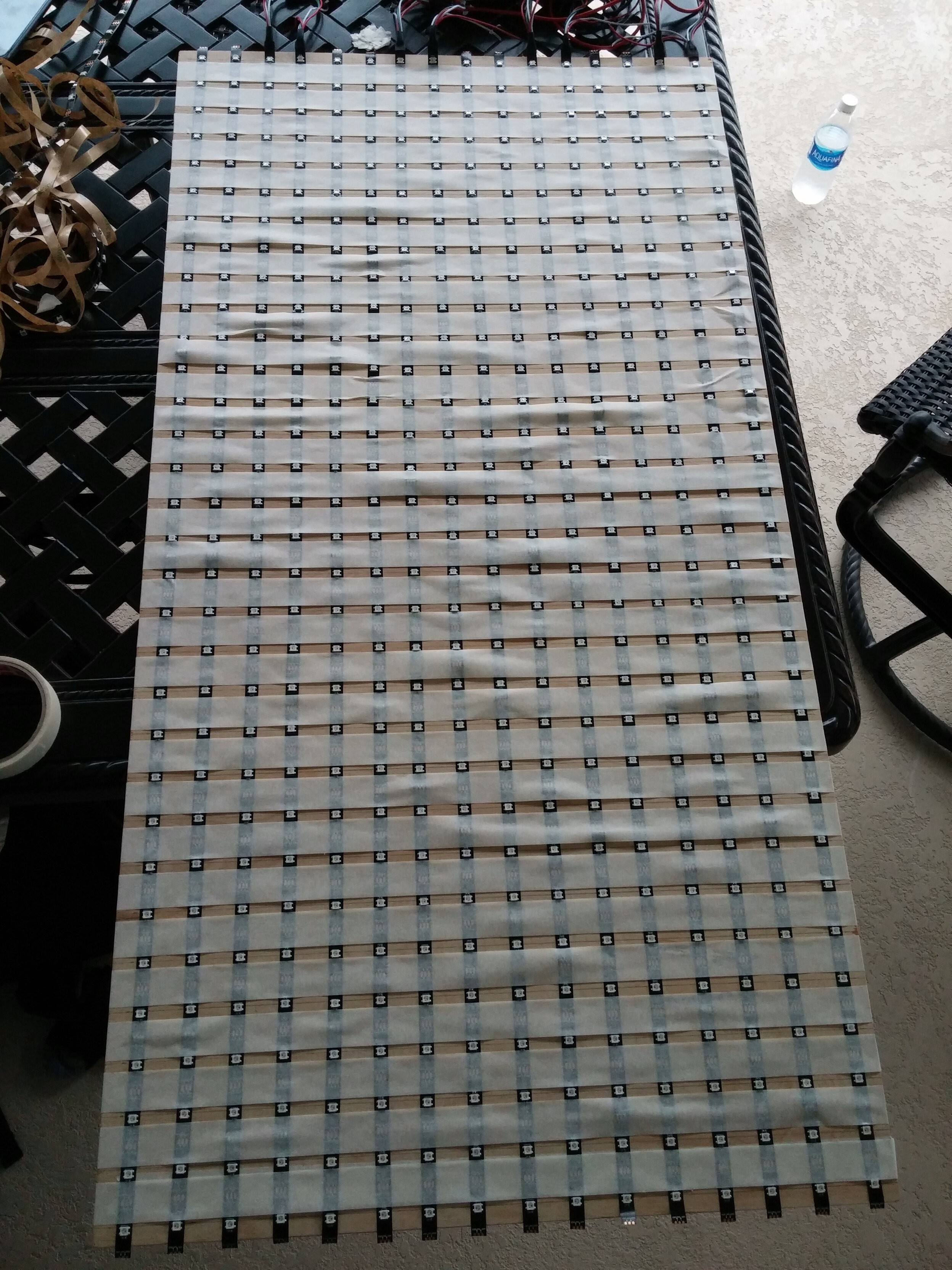 All the led strips on the backboard for being inserted into the table. This pic is pre-testing 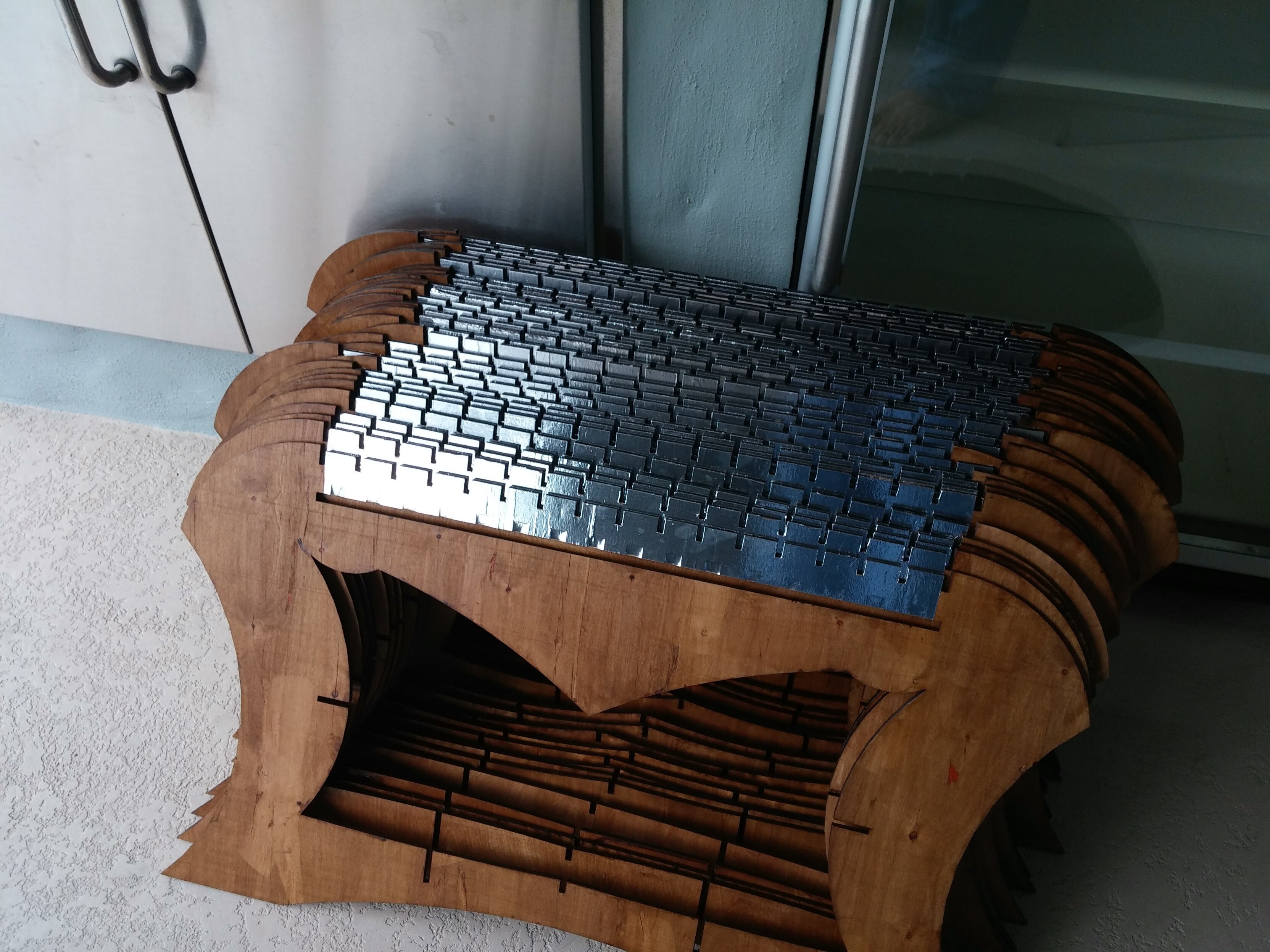 re-wiring all the strips again cable blob for the power supply 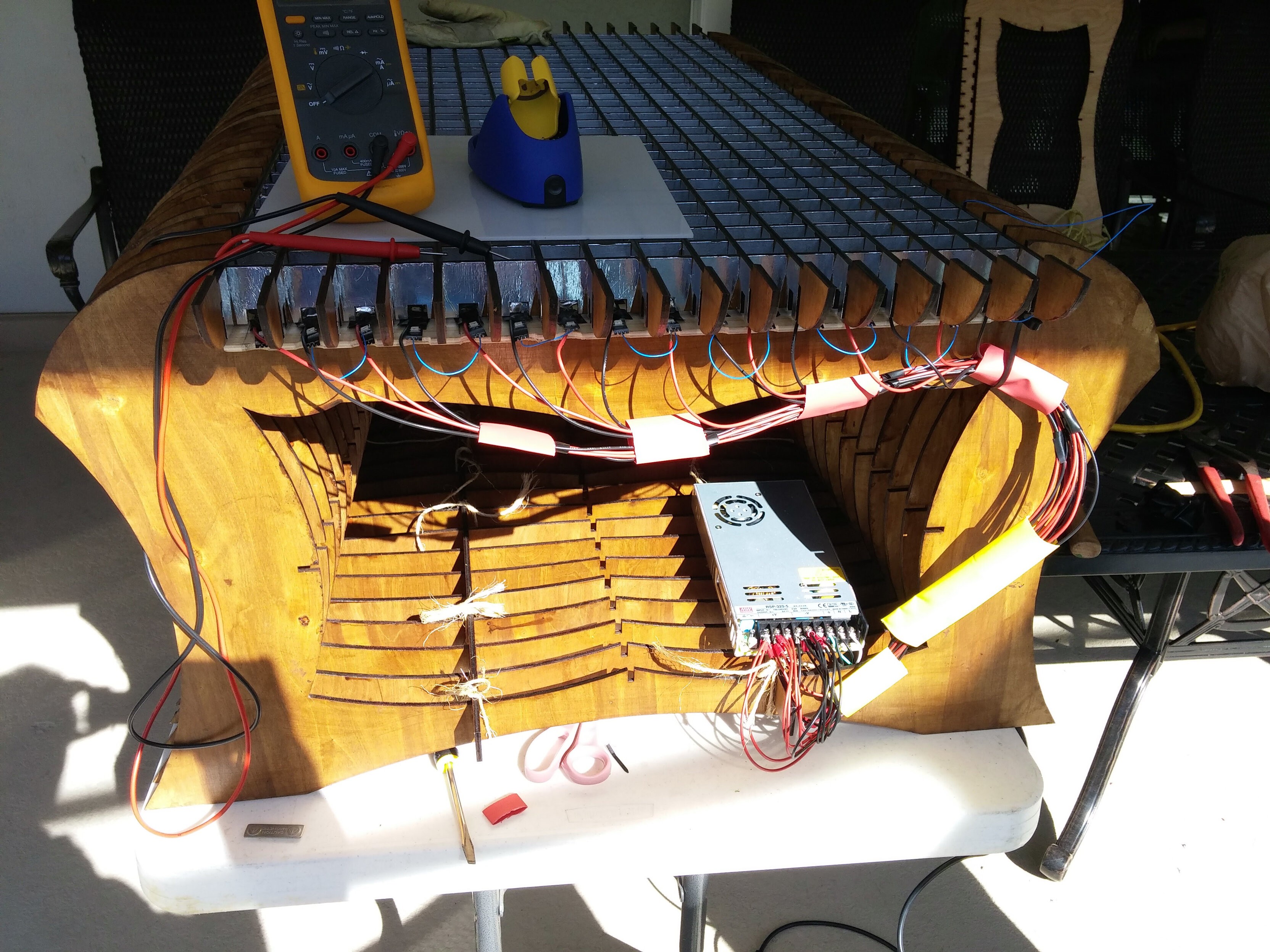 Finished rewiring and trying to collect the cables 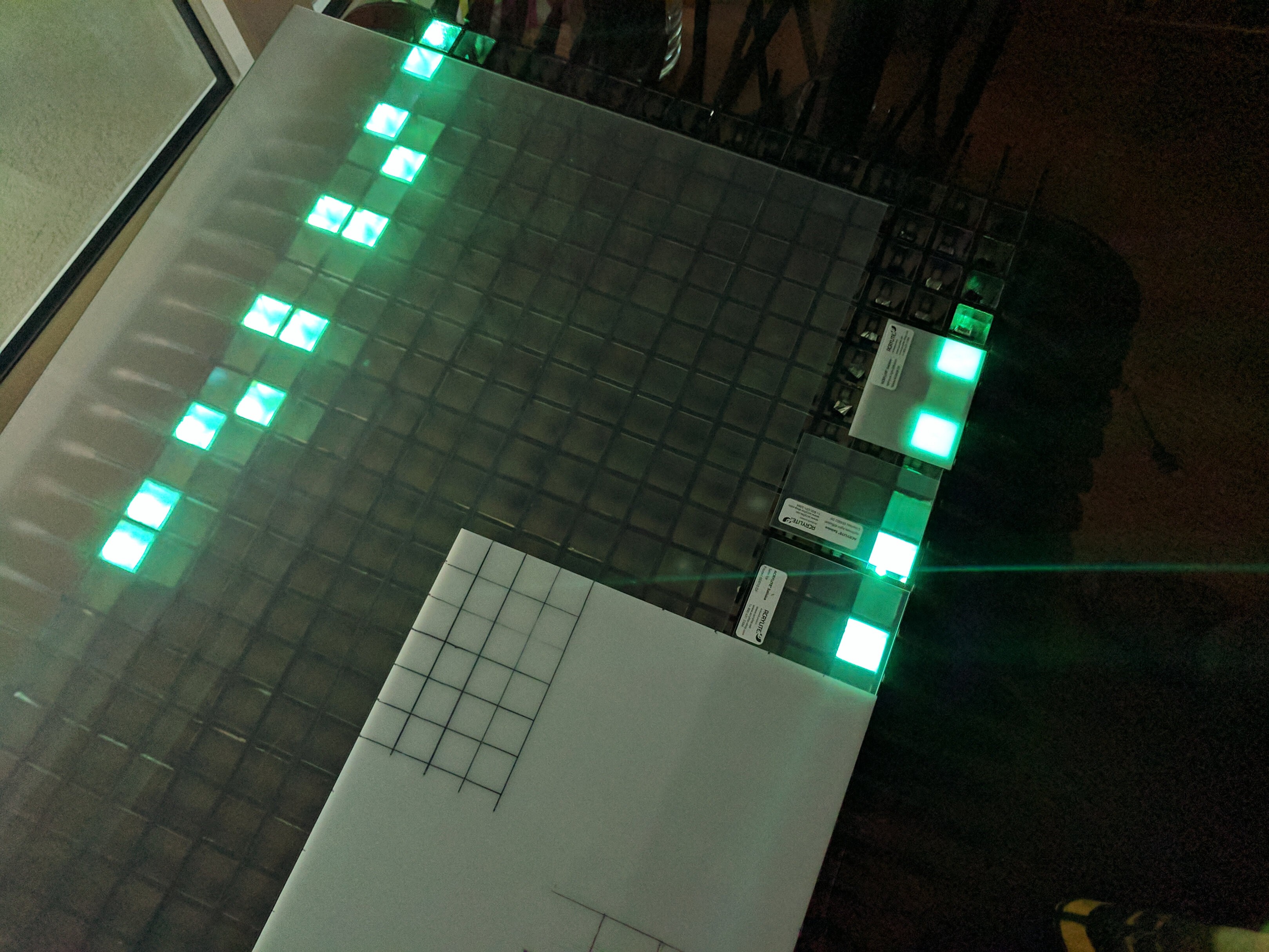 one of the first power on tests, with various types of plexi for testing 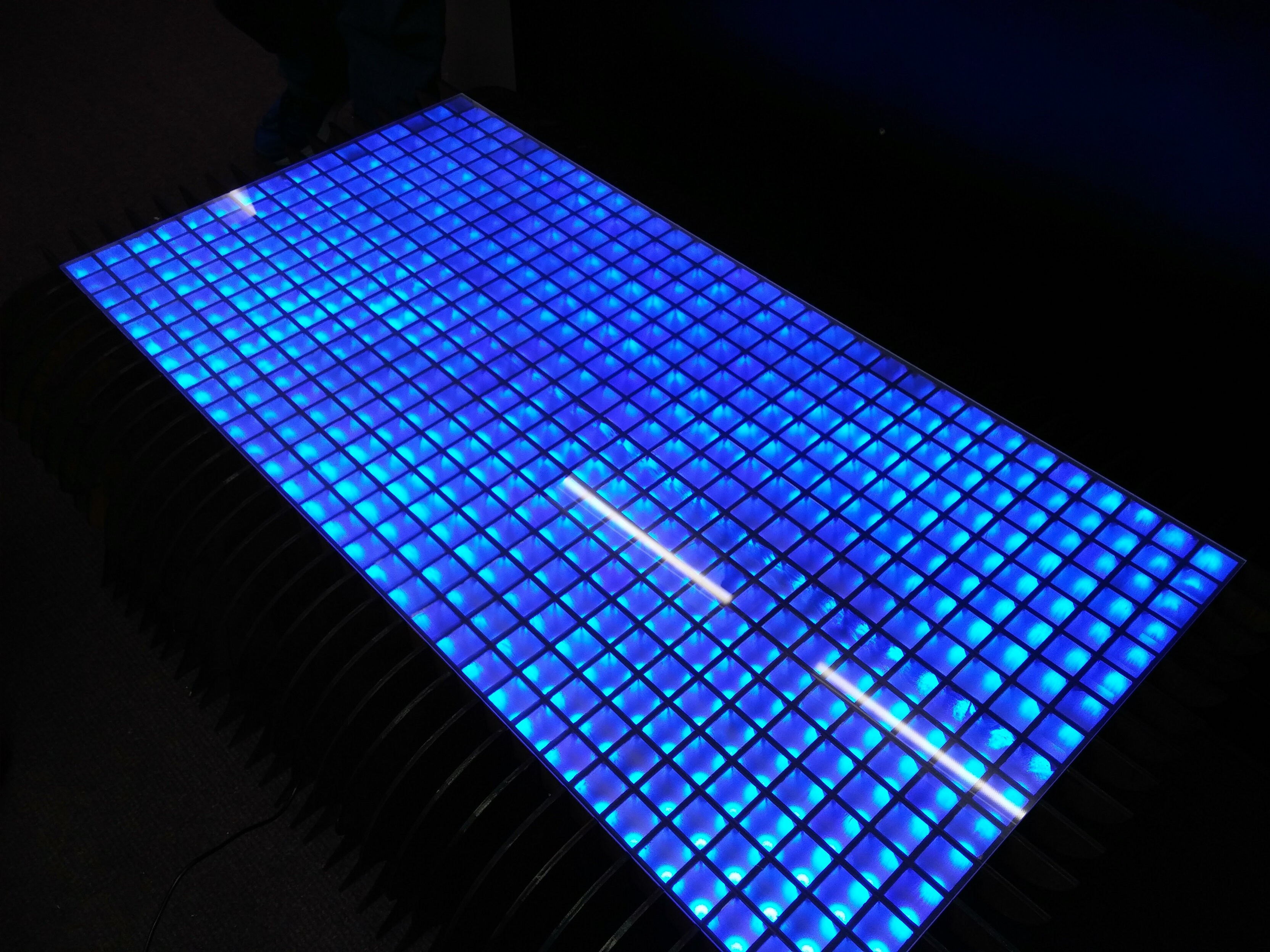 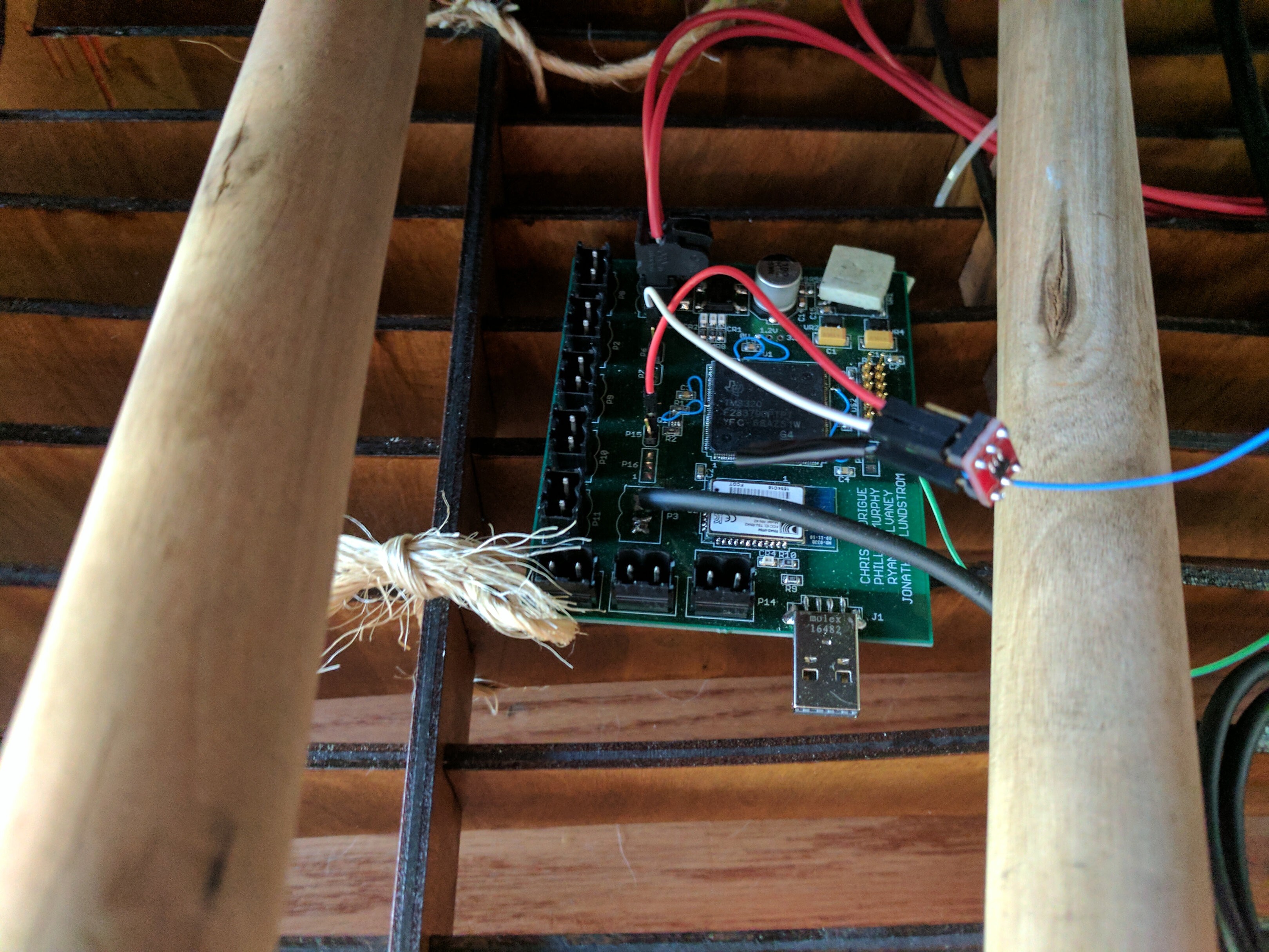 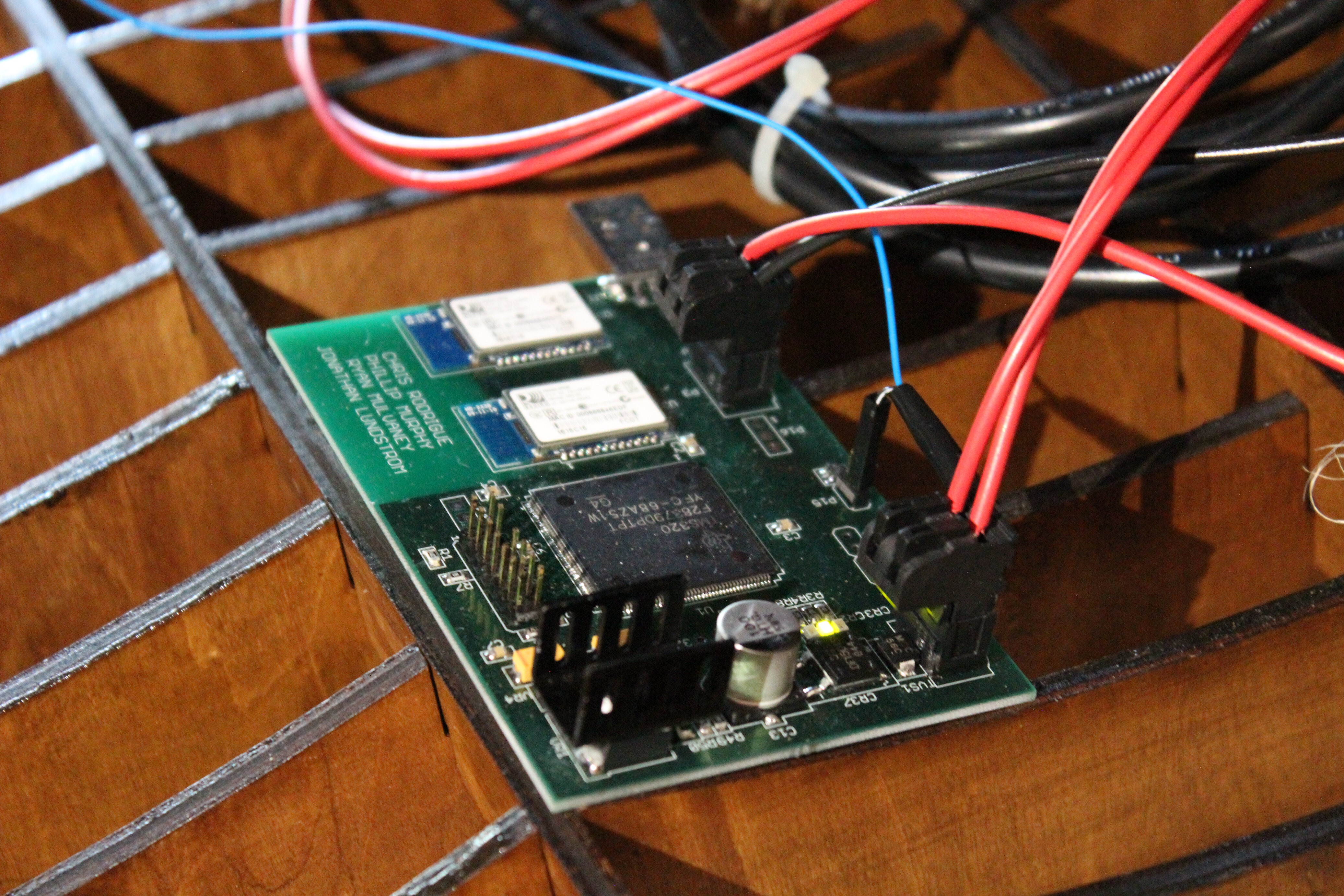 rev 2 of the board, minor kludges, works good enough Final team shot, after everything finally settled down.

Board design which makes it easy to attach LED light strips (APA102). No soldering is required by the maker who is using this board
Project Owner Contributor

Board for modular LED wearables