The Loono didactic tool is focused on the development of tactile perception for children with combined hearing and vision loss, acting at the same time as a relaxing object and an educational tool.
It intends to stimulate the brain via vibrations and thus develop tactile-haptic perception and proprioception (the ability to coordinate body in space).
The user concentrates on the search for similar vibrations, by which the tactile sensors are simultaneously activated, since touch is one of the most important senses for deaf-blind individuals.


People with combined hearing and vision loss lack significant sensory information when interacting with the world. They have to develop their sense of touch extraordinarily in order to compensate. They cannot read and have to learn Braille.

But how do children learn how to develop and perfect touch? Currently, there exist only a few toys for blind and deaf children, but none of them actually guides the child in a learning and development process.

Loono aims at solving this issue by providing a device that helps children to discover and enhance their sense of touch and guides them along a learning process in order to get better and better.

The device and its goal


Loono consists in a four pebbles, each separated in two halves. The principle of the game is similar to "pairs" or "memory", based on perception of different or similar vibrations. 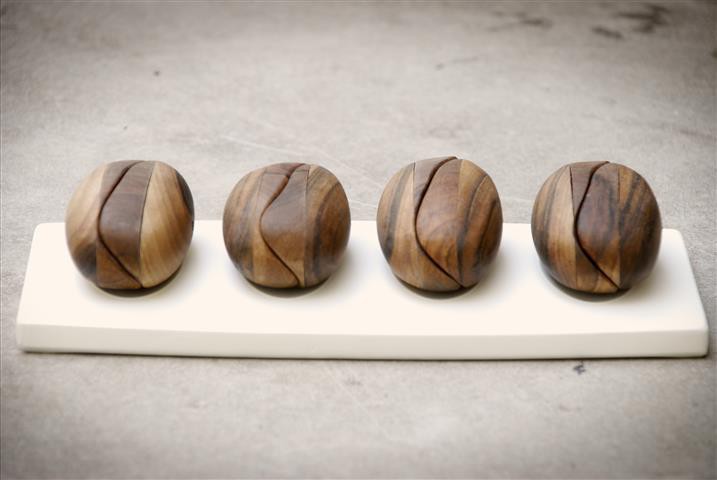 The child must first concentrate on finding a pair of wooden parts with the same vibration. Once the right pair of stones (i.e. with the same vibration) is found and connected, they begin to vibrate with ‘winning’ tune, which is a reward for the child and confirmation of the correct choice. If non-matching stones are connected, they will cease to vibrate, which is a feedback for the child about the incorrect choice.

By connecting two matching halves an integral object is formed, representing a relaxing object that changes its vibration to a soothing phase with prolonged vibration sequences, which is the above-mentioned reward for the child.

The vibratory stimulation can even lead to pacification of users with symptoms of restlessness or hyperactivity. The tool can thus be applicable for basal stimulation as a vibrational relaxing stone. It can become a great tool for those who are looking for tactile and proprioceptive stimuli, bearing in mind that the earliest forms of interaction between a mother and child right at the prenatal stage are somatic, vestibular and vibratory.

The individual segments of the tool are made of wood. The shape and the material are selected so that they are comfortable for the baby to touch. Wood is a warm material, which bears vibrations very well and soothes the user at the same time. The shape of the whole product as well as of its parts have been molded for the hand of a child.

How advanced is the project?


Several prototypes have been manufactured. The shape has been studied to be soothing and fit a child's hand. The electronics inside are quite basic at the time, interacting with a vibration motor and an IR LED and receiver to detect touch. 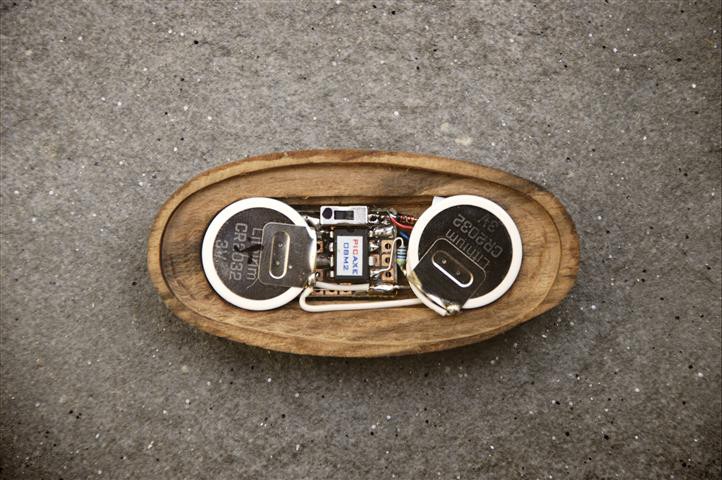 Even if the functionality is limited for now, the device has been used in several care institutes for deaf-blind people. Feedback is incredibly positive and they want to try every new improvement and prototype.

Our goal is to improve the pebbles in order to provide a professionally-finished product. Planned improvements include: