The LittleArm Big is a fully 3D printed arduino-based robot arm. With Six actuated joints it is practically a match to the capabilities of industrial manipulators, without the cost. The LittleArm Big was designed at Slant Concepts for upper level robotics education, as part of the LittleArm Project. It has everything a person really needs to start experimenting with code and devices for high level robotics.

Biology, Physics, Mathematics, Psychology, Design, Art, all of these are components of robotics. No other discipline is so multidisciplinary. Robotics provides an outlet for every student, the builders, the engineers, the creatives. They all can get something from robotics.

Besides that, robotics is just plain cool. Nothing else makes kids' eyes light up like a robot. That is why were are working to create these robotic STEM kits to get kids excited about technology and its possibilities.

At Slant we have spent the last year or so working with robot arms for education. The best known of these is the LittleArm. But the LittleArm is small. As kids move forward with robotics the LittleArm does not have the capabilities to keep kids interested into high school and university. We had to create something larger with more potential for practical applications. 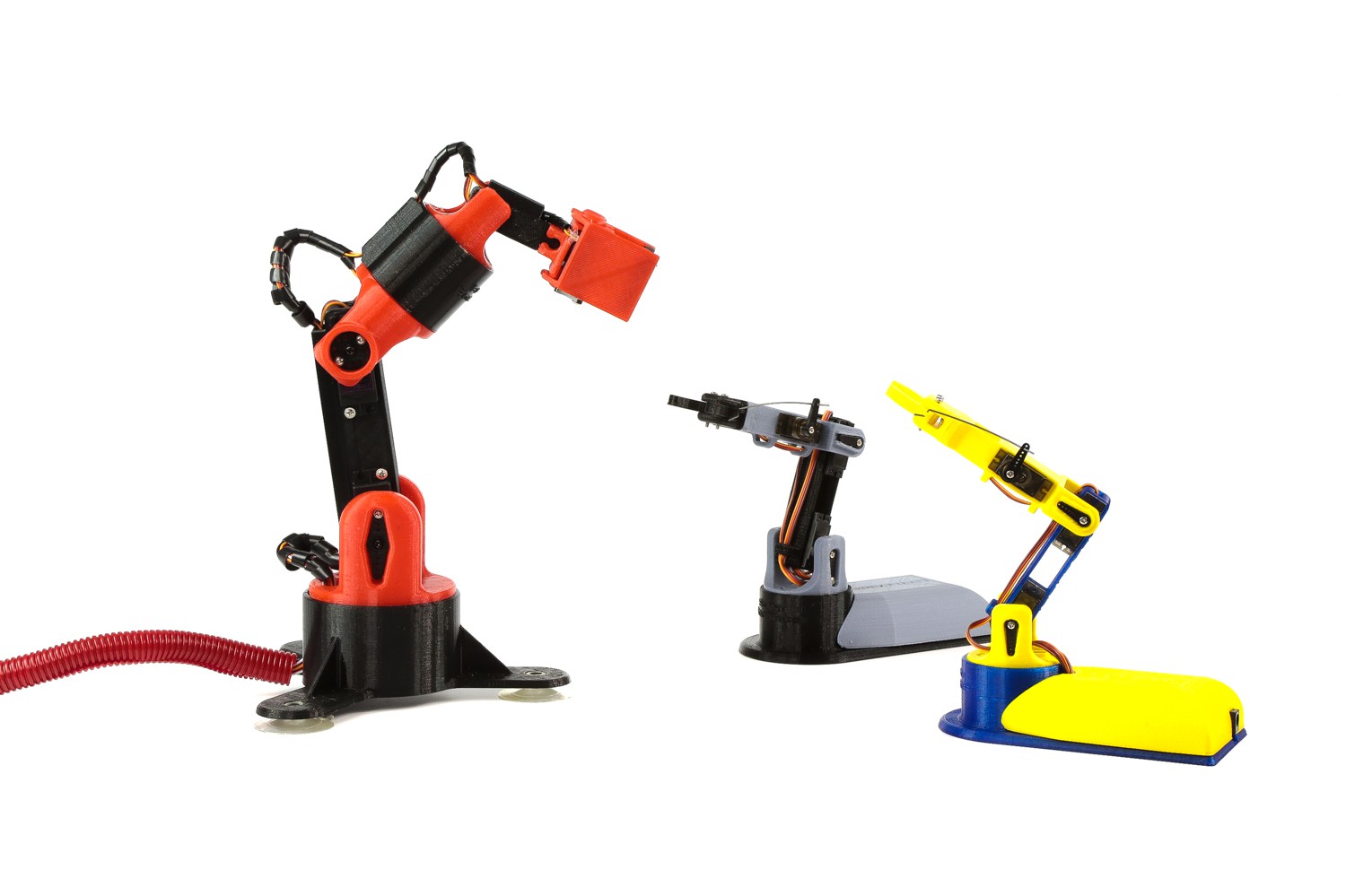 So we created the LittleArm Big. A Robot that is designed for upper-level education but has the potential to be used in practical settings, such as the Maker's workbench or even in the home prepping toast in the morning.

The LittleArm Big is a large-sized Arduino robot arm. It has been designed to be a desktop robot arm that is fun and even practical but also reliable as an educational tool in higher level robotics education.

The Big, is beefy. There is really no other way to describe it. We have designed the arm to take some abuse.

We do not try and skimp on performance. All the servo motors in the arm are metal-geared. This allows for maximum strength, performance, and resilience. The servos give the arm a maximum lifting capacity of 0.25 pounds, fully extended. 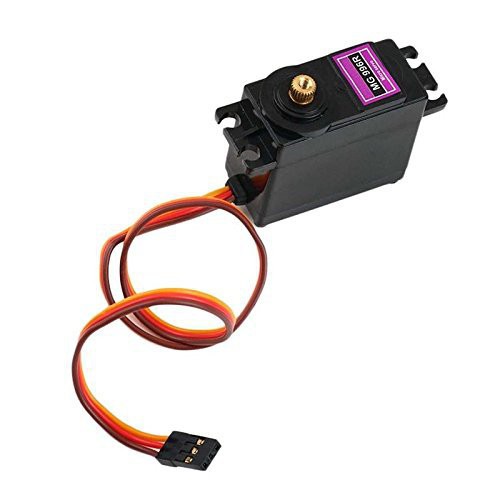 3D printing allows the creation of strong, but incredibly lightweight components. Molding can't match it. A 3D printer is also one of the most common maker tools, making the Big highly accessible.

At Slant we have been mass producing components with 3D printers for some time. When we designed the Big, we designed it specifically for 3D printers from the very beginning. We are not just creating robots we are creating the processes and procedures to use 3D printing in commercial manufacturing.

The Software of the LittleArm BIG is designed to be very easy to use so that beginners and kids as young as 6 years old can get started with it.

Using the GUI, users can move the joints of the Big simply by using the sliders in the GUI. Waypoints can then be recorded to generate an entire sequence that can be played back. 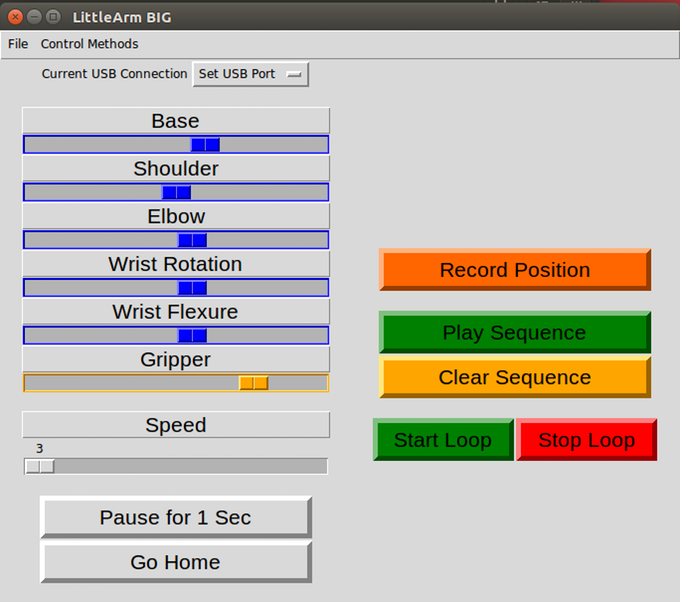 The Android application for the Big is an simplified version of the desktop software. It connects to a bluetooth-enabled LittleArm Big and allows control and recording of motion sequences.

The Big does have speech capabilities. There are several dedicated files which correspond to commands such as "Up," "down," "rotate base," But there are also files which can contain user generated sequences. These files can then be edited by the user and triggered with keywords such as "Task One."

The Speech system is very accurate since it is powered by Google's cloud speech recognition.

We will be expanding on this in the future to make it more adaptable but for now we consider it a "maker-level" feature.

The LittleArm Big is powered by  the Arduino (specifically an Arduino Nano). This is a great advantage because it offers huge possibilities to the Open-Source community.

The Arduino platform also allows programming of the arm with tools such as BlocklyDuino, a graphical programming language similar to scratch.

We have also implemented the electronics so that they offer maximum expandability....

The ShopArm is an easily implemented robot arm. Just train it and then use it
Project Owner Contributor