SUZIE MODEL ONE is a 3 axis CNC machine designed to cut PCBs.

SUZIE MODEL ONE was made to cut PCBs. The objective was to create a rigid machine, accurate and as much automatic as possible. Right now the only manual process needed is changing cutting bits and placing the Z-probe in the right place.

This machine is the result of a trial and error process where several parts were redesigned and rebuilt to get the best result possible. The main problem was rigidity: when the machine is not hard enough it will bend as it is cutting and the result will be a failure. Jitter when cornering is the other main problem. It is possible to  reduce speed to avoid that, but time is money, and some kind of cuts work better at the right speed, not slower.

The next chapters will show and explain why some decisions were made in the construction and when applicable, what the problems that are there to solve. 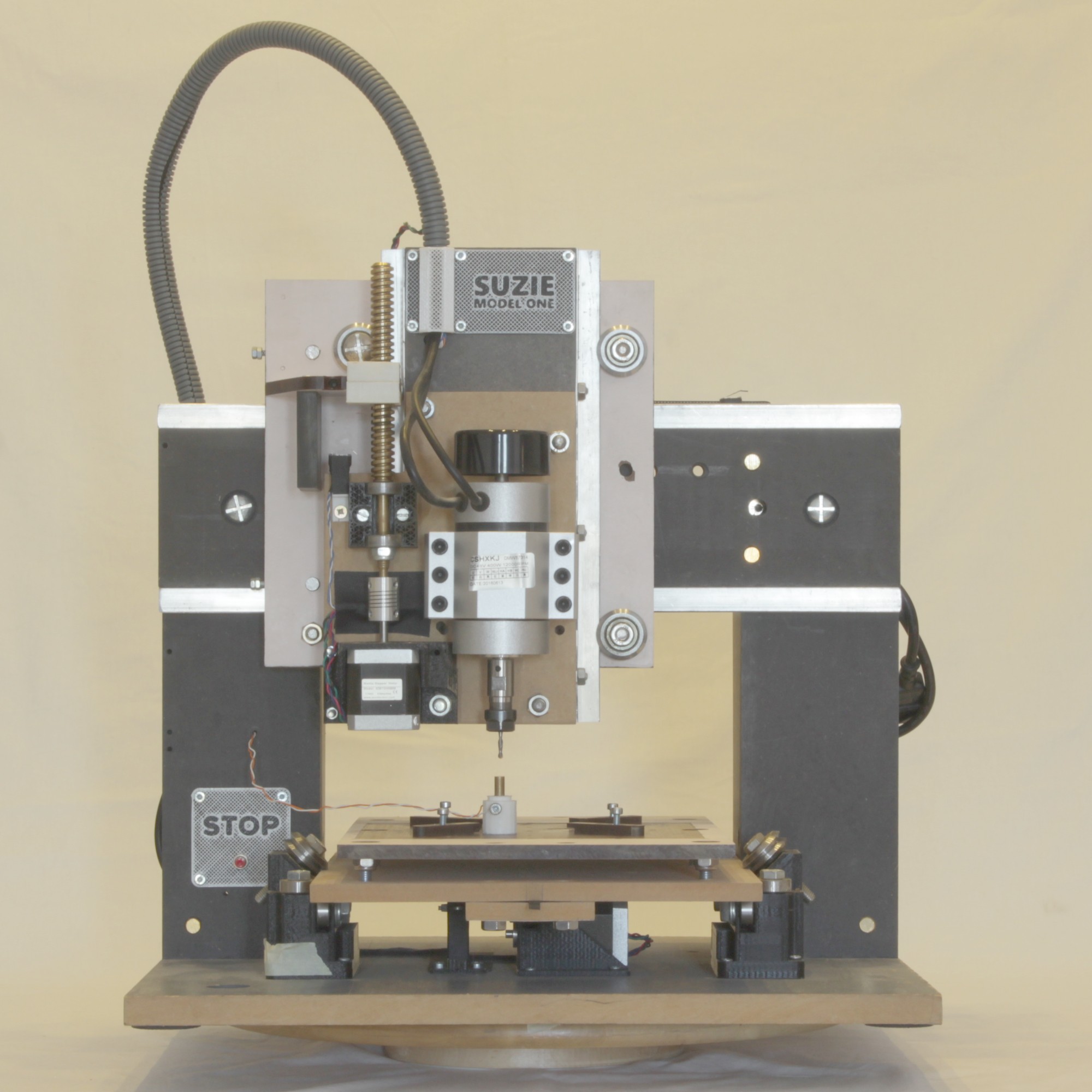 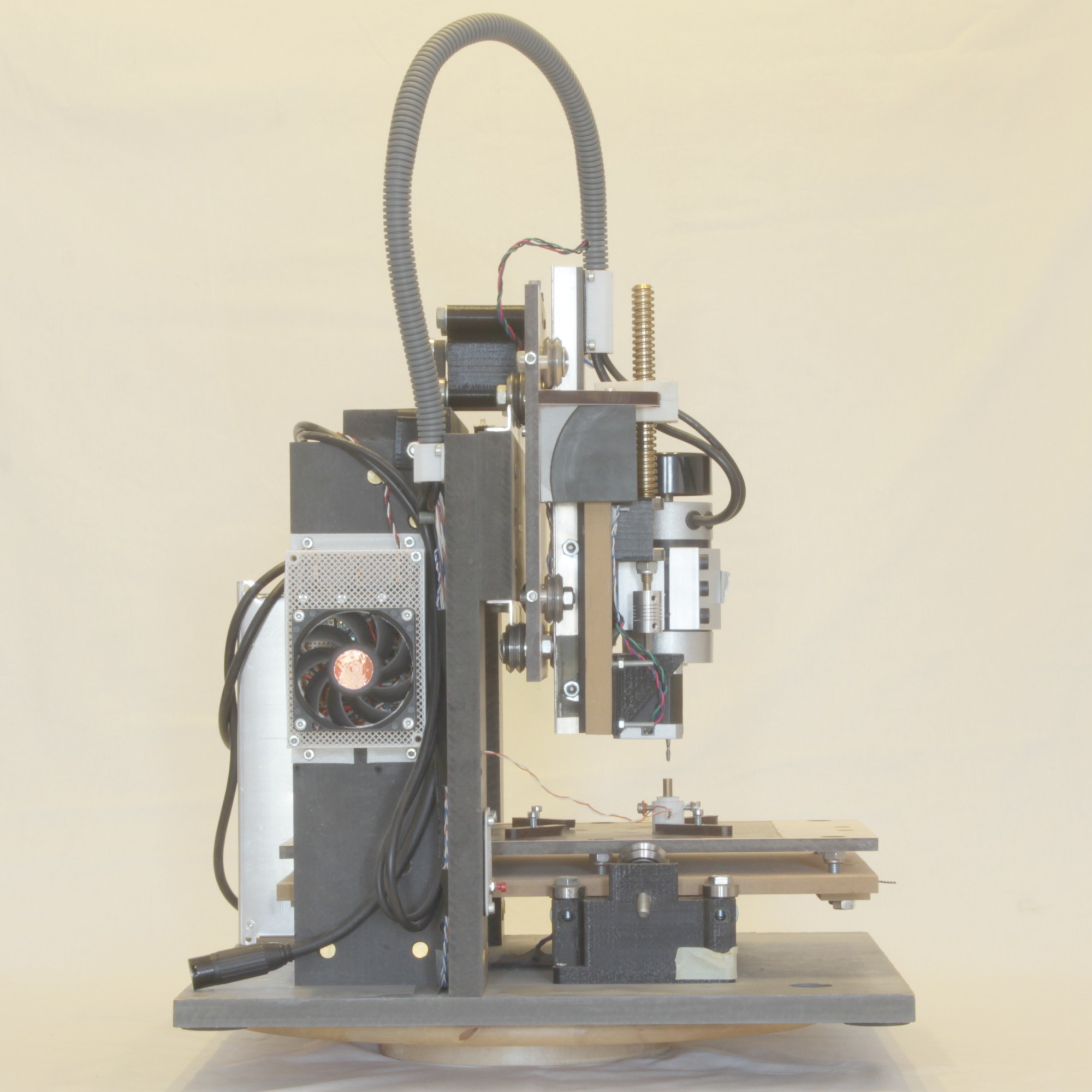 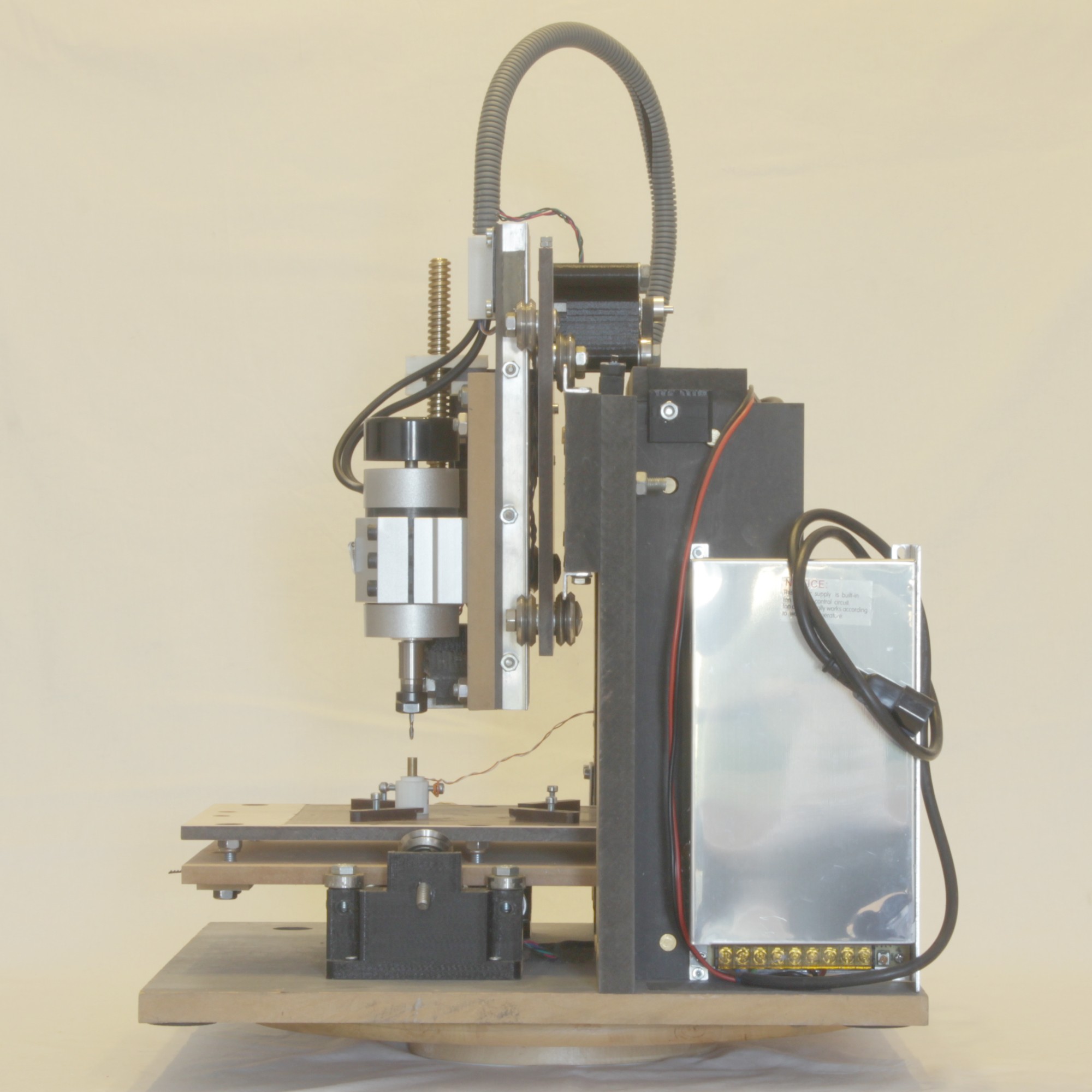 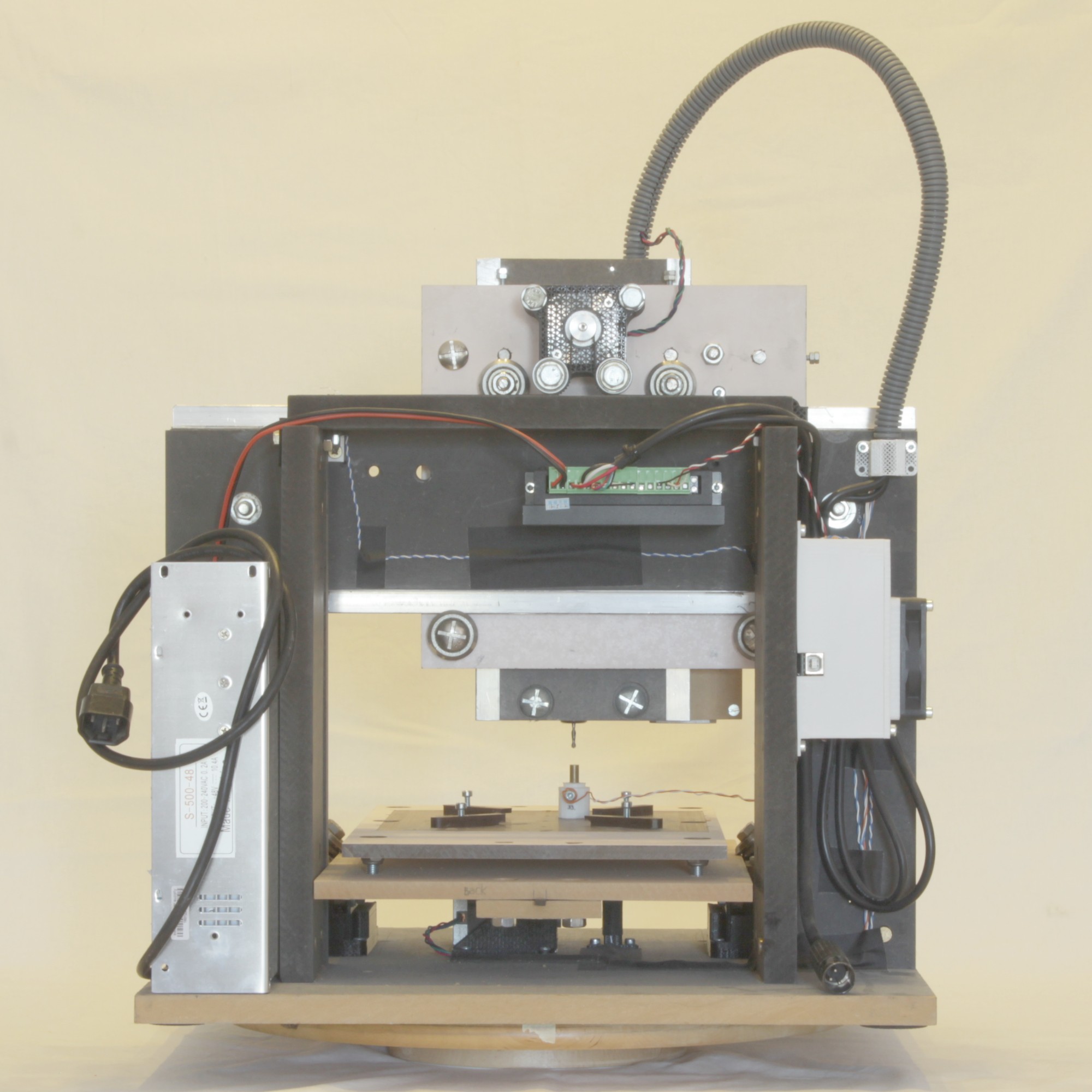 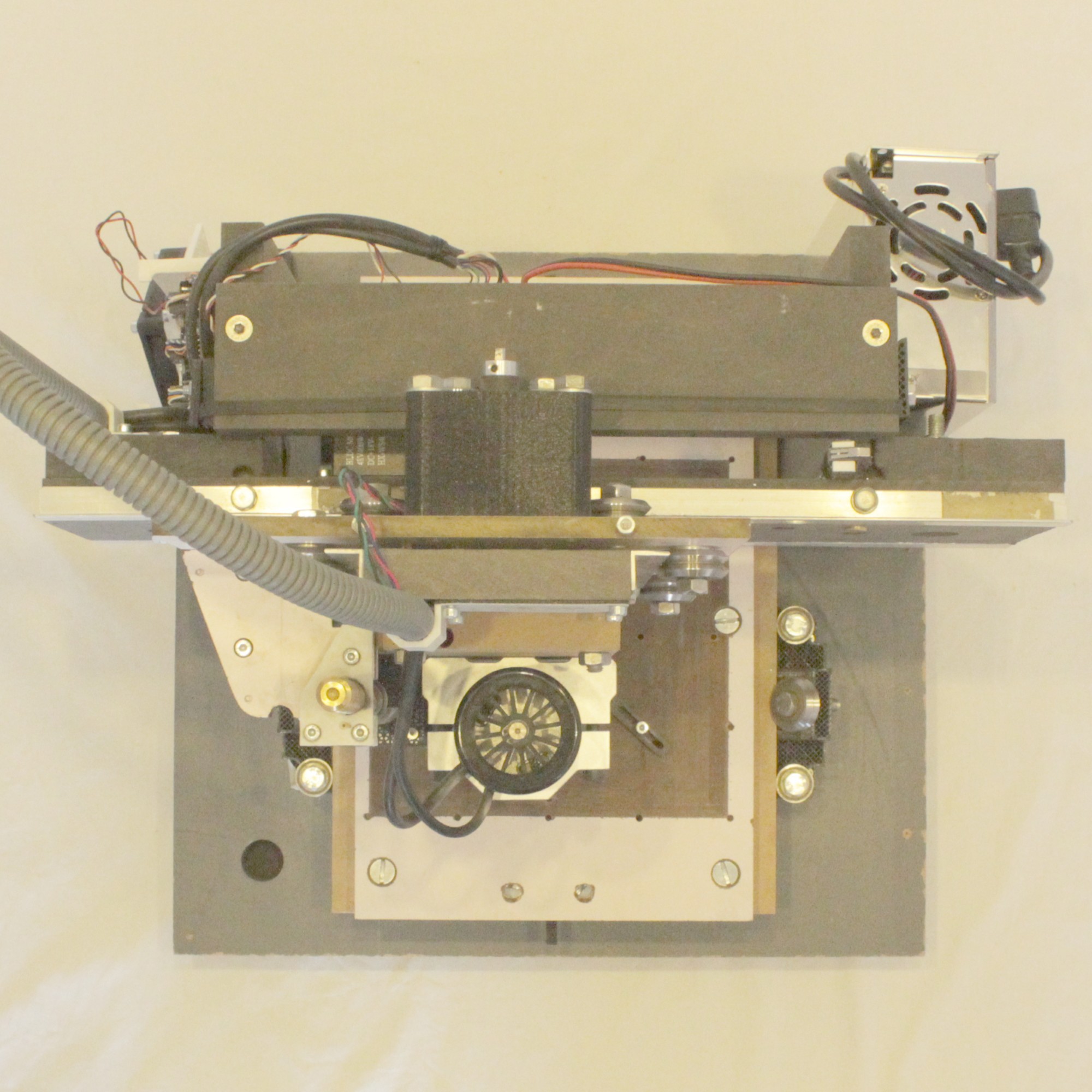 Backlash "...is a clearance or lost motion in a mechanism caused by gaps between the parts..." - Backlash in Wikipedia

SUZIE has zero backlash on the X and Y axis.

No compensation was made in firmware and always cuts with the right dimensions. This is possible by using belts instead of screw drivers. The lead screw need that little gap to run inside the nut without friction and that need to be compensated. No problem in that but with time, if the nut wear which will cause a constant backlash that needs to be configure in firmware, but if the lead screw wear the problem is bigger just because the normal operation of a CNC machine uses different segments of the lead screw with different speeds and forces; this means that the wear will not be even and impossible to compensate.

The belts are strong enough to apply forces even to cut metal and if properly stretched with no noticeable elasticity.

Both axis on SUZIE uses the same technique to transfer the force from the stepper to the moving part but with a big difference on how the belt and stepper are mounted. In both the belt do not create a loop like in a 3d printer for example; the mechanism for that is bigger and wast more space. Here the belt is open, fixed in both ends and the stepper runs on it as a rack wheel.

The X car has the stepper attached and the belt is fixed on the machine. The stepper moves with the car. 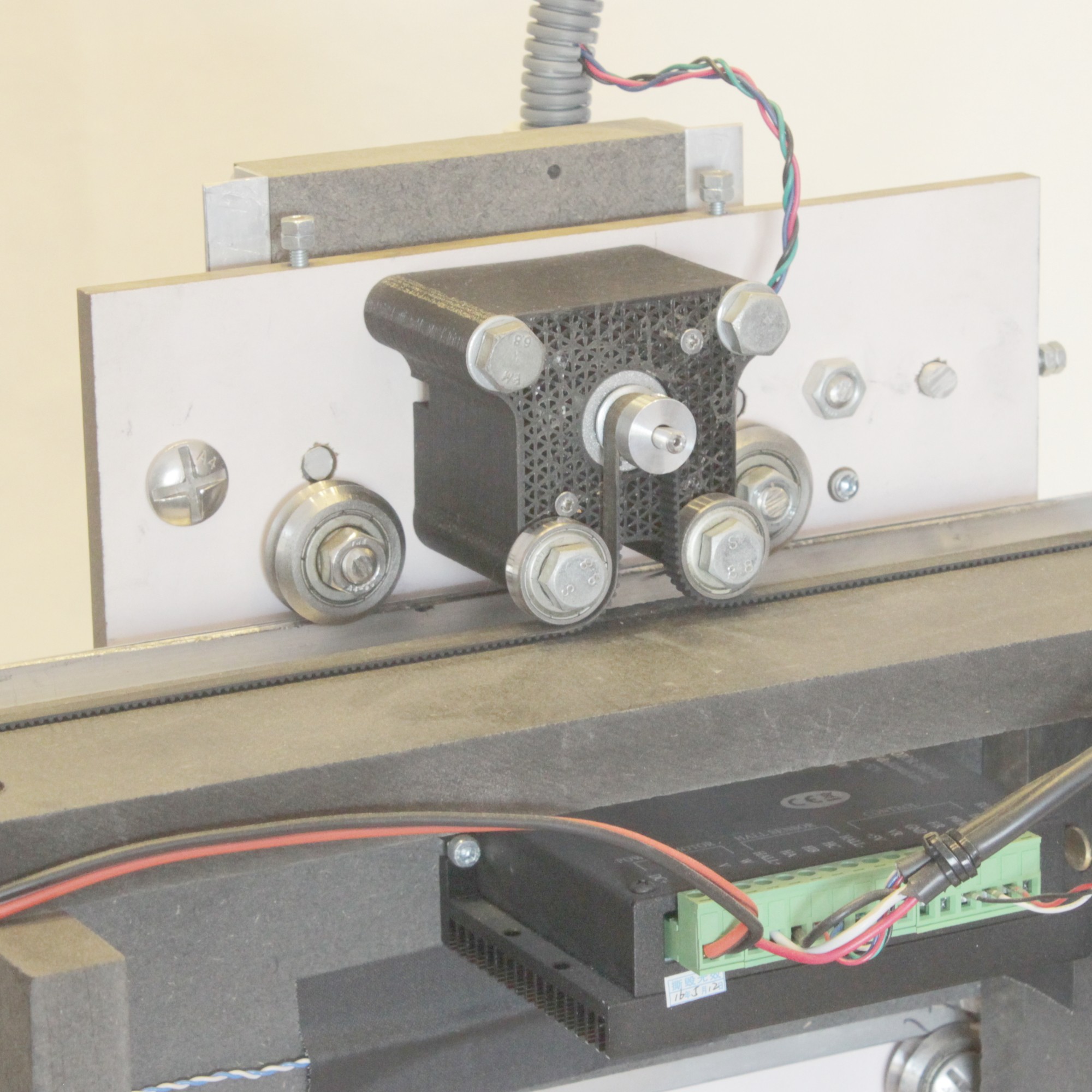 The Y tray uses the same concept but with a fixed stepper and a moving belt. Is exactly he opposite of the X axis. With this solution another possibility is available: the length of the Y tray is virtually infinite and can be altered as demanded without changing the machine's design. That is also possible because the rail is on the moving tray and the bearing are also fixed to the bottom of the machine structure.

Y TRAY WITH BELT (view from the bottom) 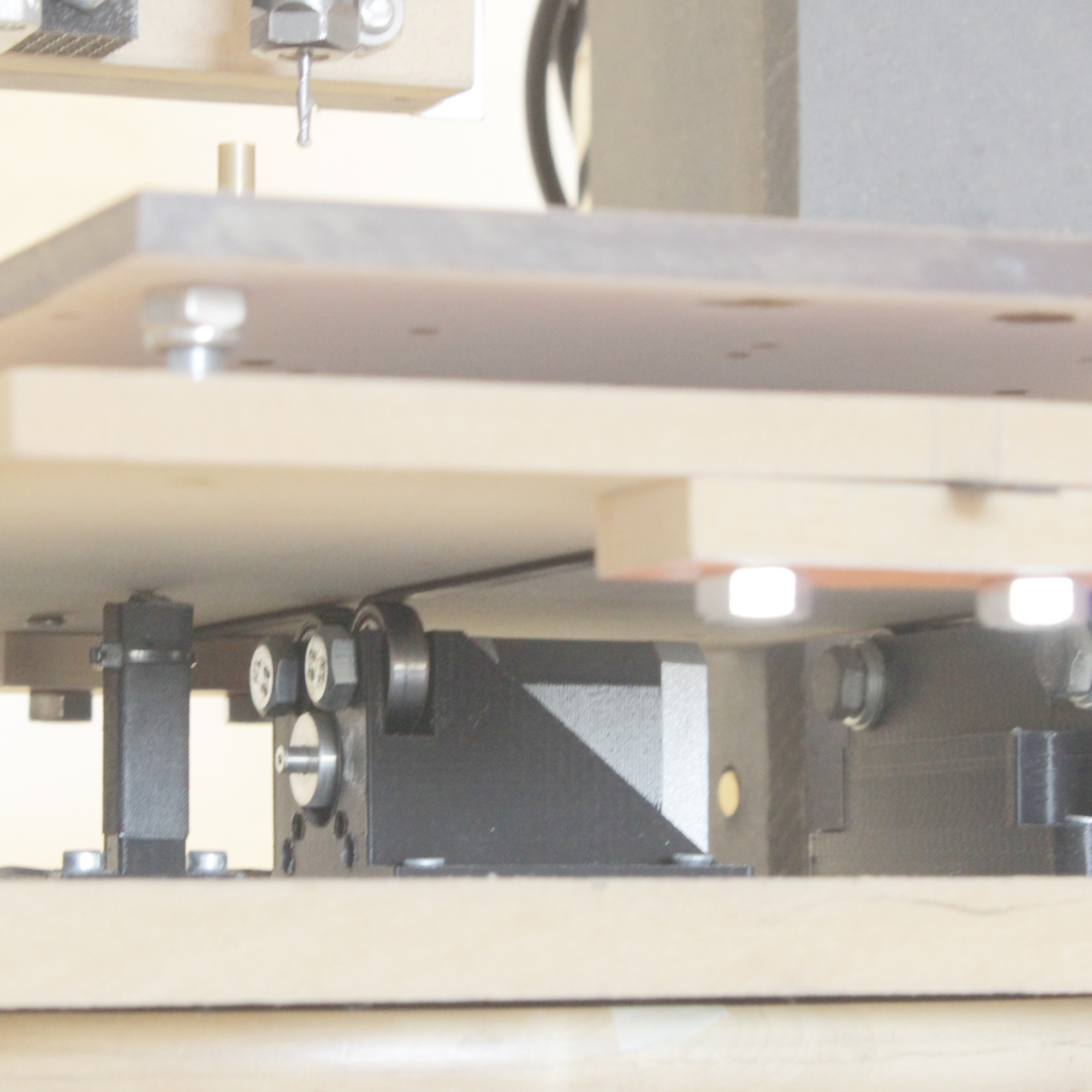 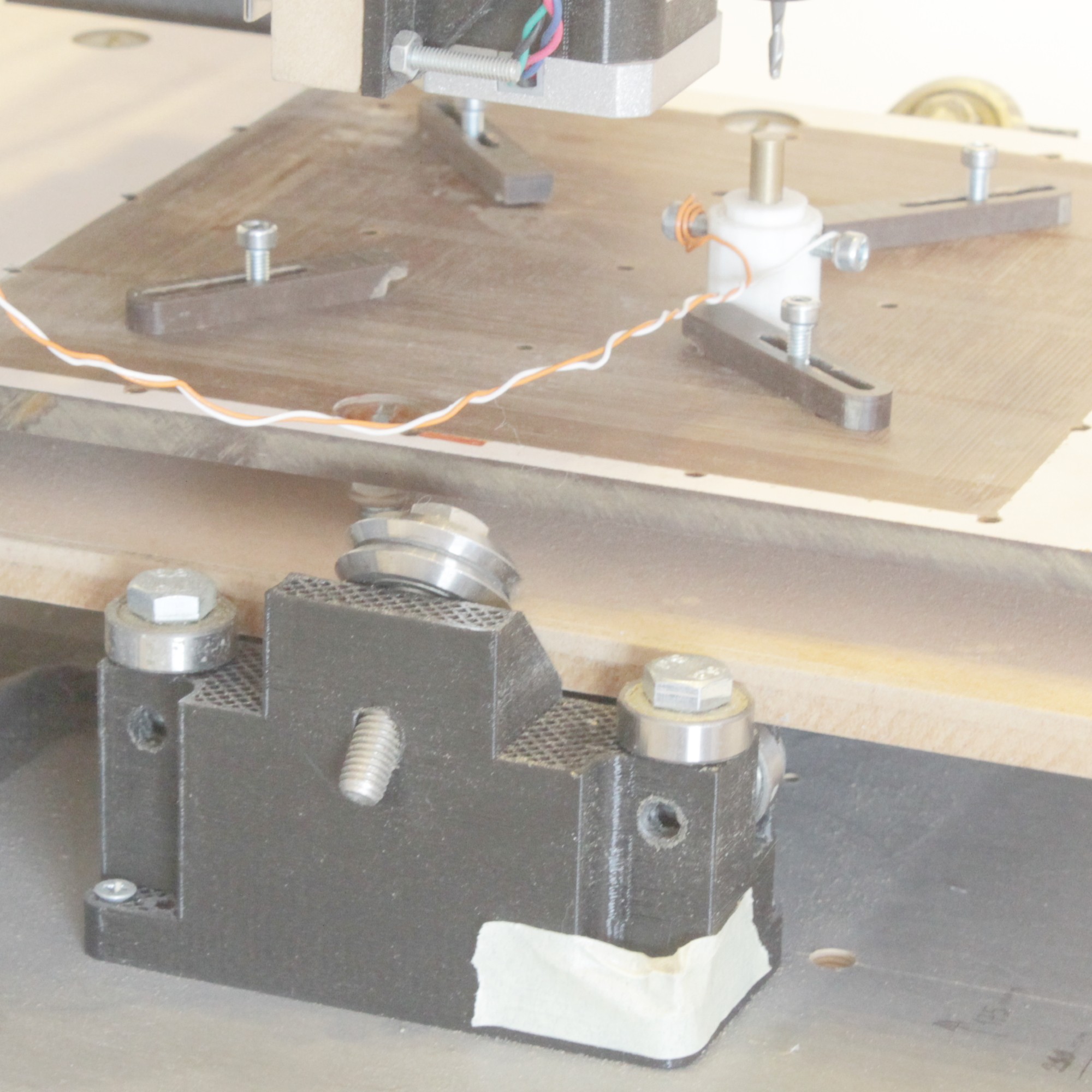 This picture show the Y bearings support part. This one (left side) and the other which only the top bearing is visible, are aligned with the X car movement and directly below and centered with the spindle. This means that all the down and sideways forces will be transmitted to the base in a compression way. This allow the support to act very rigid and to sustain lot of force. As we can imagine with this picture, the length of the tray is not important for the mechanics and doesn't need to have any imposed limit (not entirely true) - the limit could be the software, tray fabrication or belt maximum length - but for example, it's perfectly possible to add an 1 meter long tray for a special work. 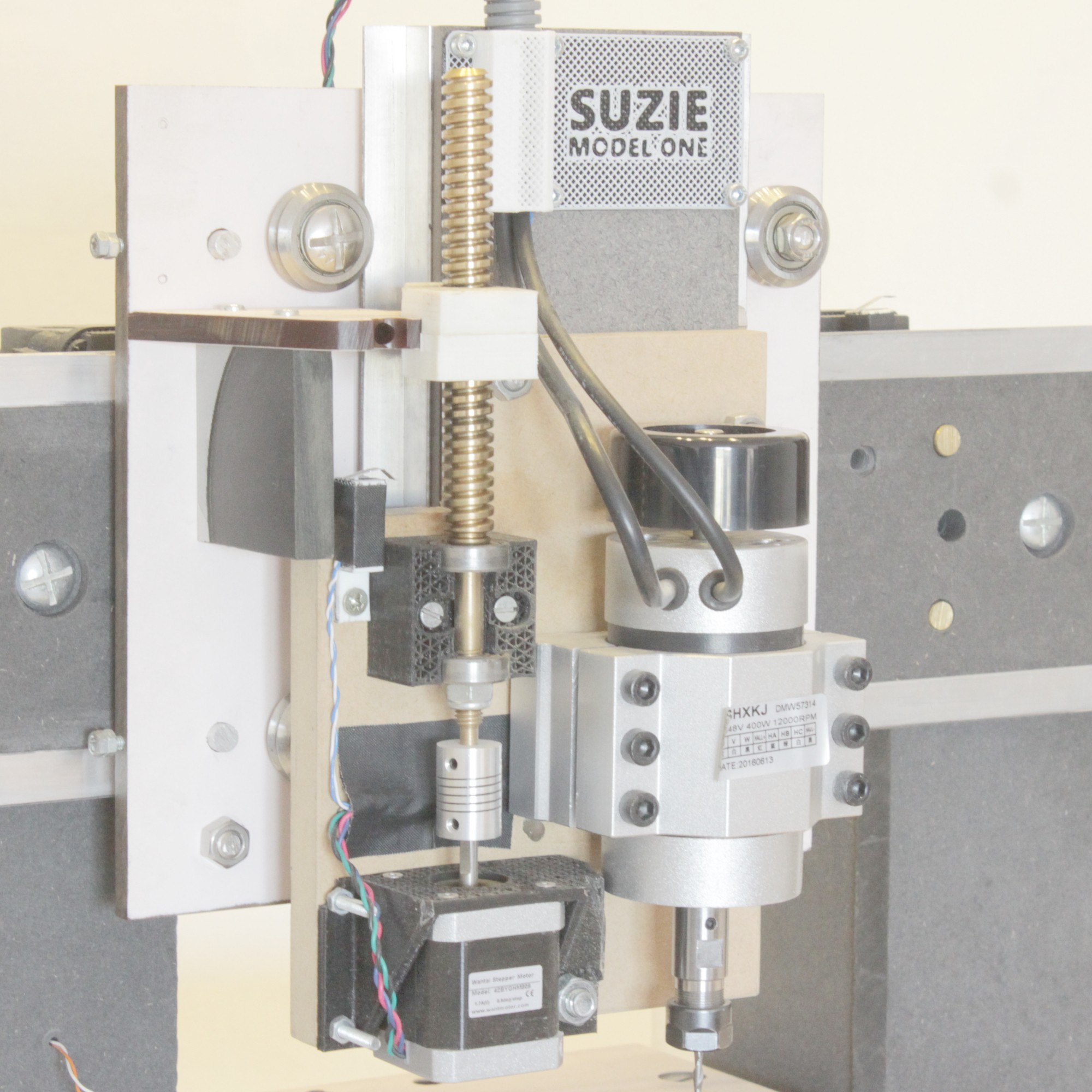 Using a belt configuration in this axis has a huge problem. The stepper need to be in constant load and in a power failure situation the spindle...

I bought one of the ill-fated Makibox 3D printer 4 years ago. Time to make it earn it's keep - but as something it was not intended to be.
Project Owner Contributor

Turning a Makibox into a PCB Mill

The 2016 Hackaday Prize
CNC desktop machines are expensive and complicated. This machine changes all that.
Project Owner Contributor